There are three things we love at Master of Malt more than anything else: high quality spirits, bad puns and Back to the Future, so when a product arrived called Bacchus to the Future Grape Scott Part 1, how could we resist?

Today’s puntastic New Arrival is a collaboration between the East London Liquor Company and Renegade Wines. The ELLC will need no introduction to regular readers of this blog but to irregular readers (you know who you are), here’s a bit of background: the distillery was founded in 2014 by Alex Wolpert at Bow Wharf, East London’s first distillery in over 100 years. Last year Wolpert financed his expansion plans with a successful crowd-funding initiative, raising £1.5m. The company makes a range of gins, vodkas and last year released a highly-regarded London rye that has got bartenders all hot under the collar. There are also some more experimental things including a chestnut wood-aged whisky and rum barrel-aged gin but this latest product, an English grappa-style spirit, is perhaps the most unusual thing to come out of this stable. 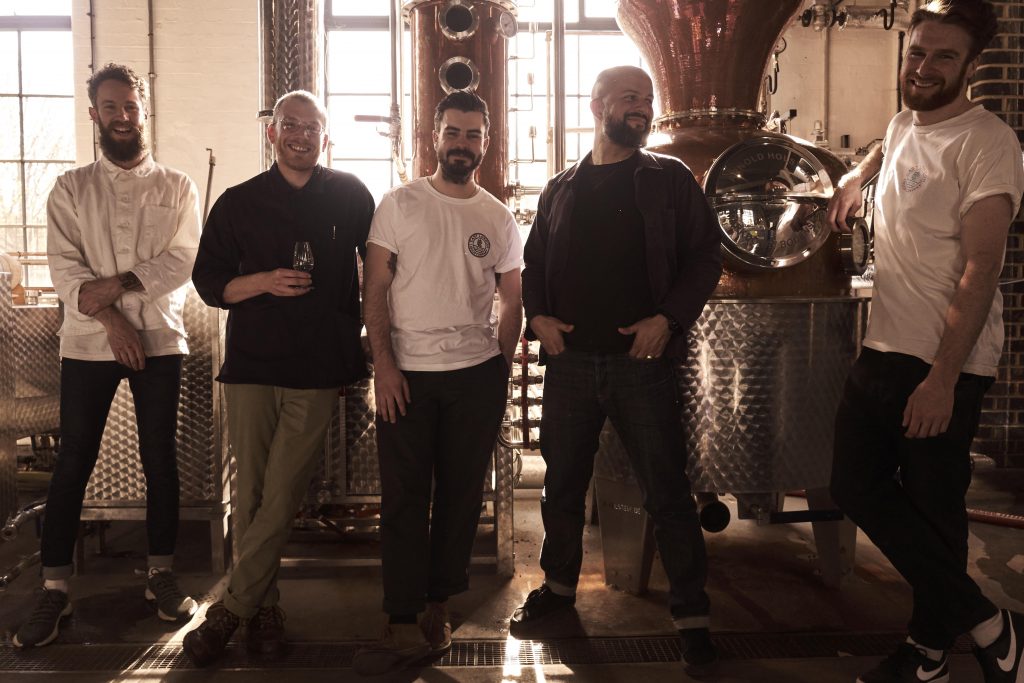 ELLC’s partner in crime is Renegade Wines, a urban winery based in nearby Bethnal Green founded in 2017 by Warwick Smith and New Zealand winemaker Josh Hammond. No, they don’t have a vineyard in an allotment off Roman Road, instead the pair buy in grapes from all over Europe, have them shipped to London and, using the magic of fermentation, turn them into wine. As well as exotic continental grapes, Renegade also uses honest-to-god Herefordshire-grown Bacchus (hence the name). This grape variety, originally developed in Germany, has found a home in the English countryside and makes some of the country’s best still wines.

After making their delicious wines, there’s lots of stuff leftover called pomace, mainly grape skins and bits of stalk. So what to do with it? Well, it can be used as fertiliser or to feed cattle, but it’s more fun to make it into more booze. Actually, Grape Scott Part 1 isn’t the first winery/ distillery mash-up in England. Hyke Gin, a recent New Arrival of the Week, uses grape leftovers as a botanical, and very nice it is too. Bacchus to the Future Grape Scott Part 1, however, is as far as we can tell the very first English pomace brandy, known in Italy as grappa and France as marc.

You’ve probably had grappa on holiday in Italy. Just the thing after a long meal, it can be rather fiery. Which is why it loves a bit of ageing to mellow it out a bit. ELLC ages its Bacchus brandy in old red wine casks which add richness and colour, but also softens it. Bottled at 47 .1% ABV, the result is punchy and distinctive, like an Italian grappa, but with the edges smoothed off. It makes a great digestif to finish off those long East London lunches, but we think it might do interesting things in a cocktail. Bacchus Boulevardier has a certain ring to it, doesn’t it?

Master of Malt @MasterOfMalt
49 minutes ago
. @RosebankWhisky Distillery launches 31-year-old whisky, the last ‘old Rosebank’ release before the distillery is reopened to the public next year.

A little learning can be a dangerous thing