Cocktail of the Week: The Toasted Nut Boulevardier

Henry Jeffreys
No Comments on Cocktail of the Week: The Toasted Nut Boulevardier

This week we delve into the fascinating world of vermouth with a man who knows his artemisia absinthim from his artemisia pontica (they’re both types of wormwood), Jack Adair Bevan, and show you how to make a deliciously nutty bourbon and vermouth cocktail.

Jack Adair Bevan (what a great name BTW, it sounds like he should be played by a young Bruce Willis) hasn’t always been so keen on vermouth. In his new book, A Spirited Guide to Vermouth, he writes, “I shared most people’s perceptions of vermouth – of ancient bottles that gathered dust in corners of drinks cabinets and kitchen cupboards with faded labels and bottle tops fused shut with crystallised sugar.” Yup, that’s my parents’ drinks cupboard. It was a Negroni drunk in Haus Bar (since closed) in Bristol that made him change his mind.

Bevan got the vermouth bug real bad: whereas you and I might just experiment with some different brands, Bevan went the whole hog and started making his own. In 2012 with the team at the restaurant where he worked, The Ethicurean just outside Bristol, he created a brand of vermouth called The Collector made with Italian wines and spirit distilled from Somerset cider apples. It became a cult hit among British bartenders. 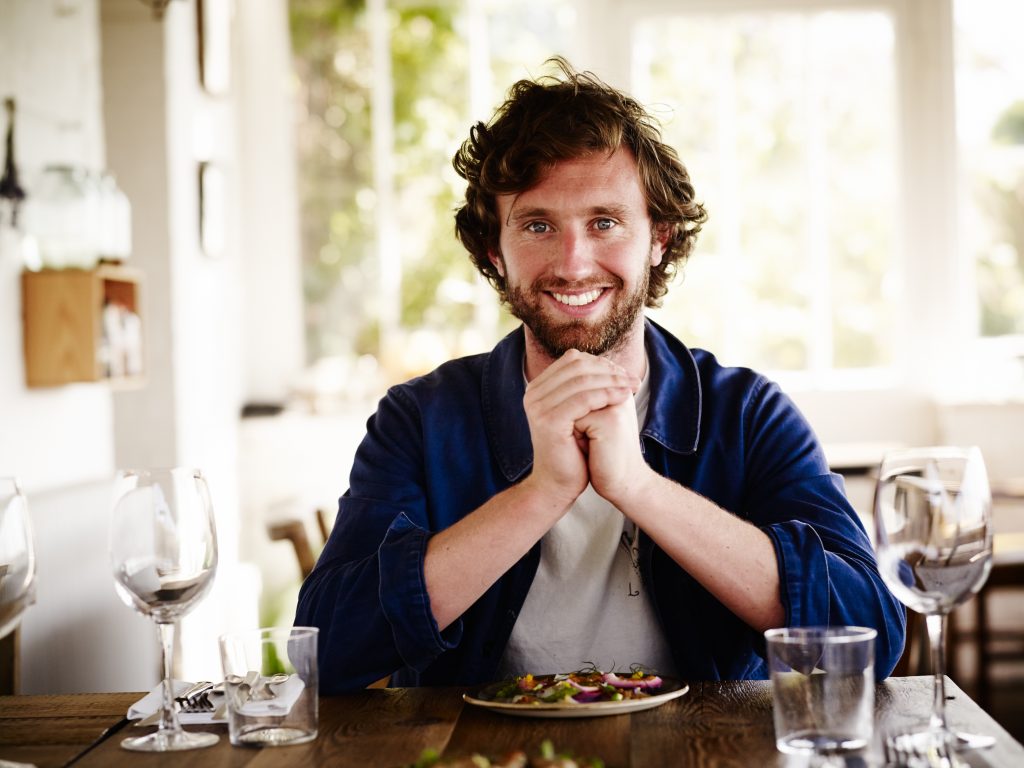 Jack Adair Bevan, looking nothing at all like a young Bruce Willis

When he left the restaurant, The Collector project finished, but Bevan’s vermouth fire is burning brighter than ever hence the book which has just been published. A Spirited Guide to Vermouth (Headline Home, £16.99) traces the long history of aromatised wine: the Romans were flavouring wines with bitter ingredients like wormwood (vermouth gets its name from the German word for wormwood, wermut). But vermouth really went global in the 19th century when it was commercialised in France and Italy by firms like Noilly Prat, Dolin, Cinzano and Martini. The book takes an in-depth look at production methods: in Martini the botanicals are steeped in neutral spirit before blending whereas at Noilly Prat they use wine.

Vermouth went into a decline in the 80s and 90s, but in the last six years things have picked up with increasing sales, small brands and new releases from the old guard. The vermouth world is now truly international. In the book, Bevan picks out some of his favourite labels; he even tells you how to make your own. His enthusiasm is so infectious that, you know what, I must just give it a try.

“I regard making vermouth as an art form.” he writes, “It’s as close to cooking as the drinks world gets. It’s about a careful balancing of a huge array of contrasting herbs, roots and spices, wines and sweetness.” And indeed, there’s a great affinity between vermouth and food. I recall earlier this summer, near Barcelona, eating a dish of boquerones, anchovies in vinegar that would destroy a normal wine, but the Las Vermudas vermouth just sailed through, the sweetness and bitterness of the drink chiming with the acidity of the little fish.

Best of all are the cocktail recipes; I can see A Spirited Guide to Vermouth becoming one of the most well-thumbed books in my collection alongside David A. Embury’s The Fine Art of Mixing Drinks. I am definitely going to try his version of the Gin and It, half gin, half vermouth, pre-mixed and served straight from the fridge into frozen sherry copitas with a little ice at the bottom. 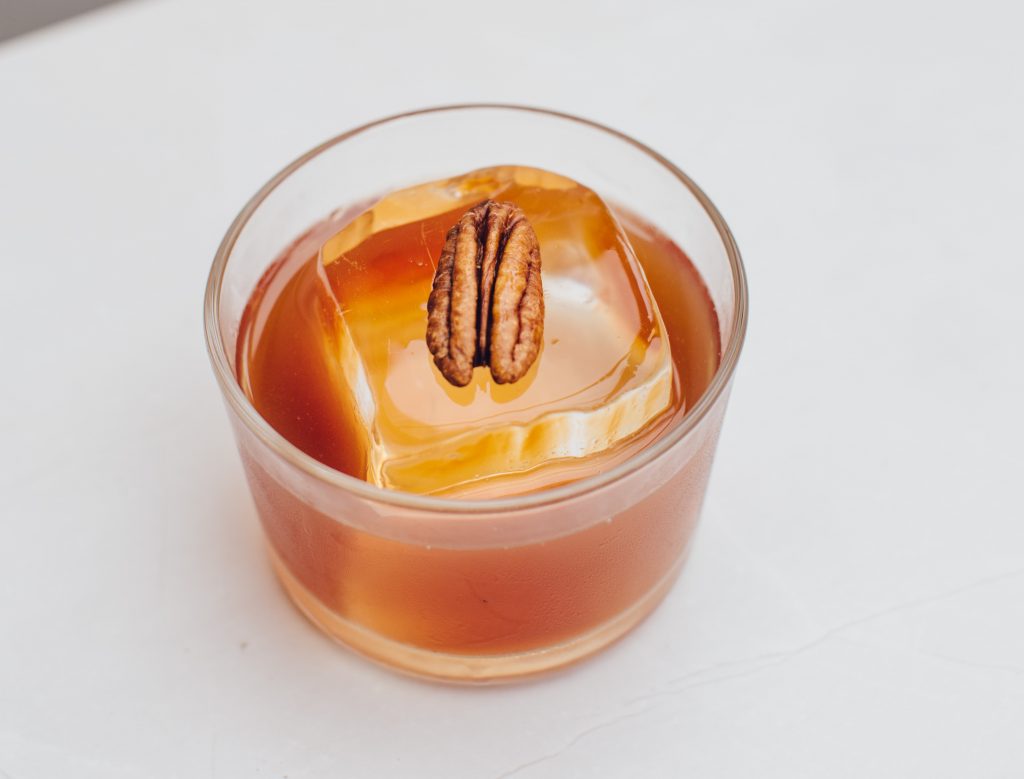 The cocktail I’ve chosen this week, however, requires a bit more preparation. To make a Toasted Nut Boulevardier, you need to steep your bourbon with nuts for four days. Bevan writes: “The flavour of toasted pecans and walnuts is rich, sweet and superb combined with bourbon. The flavour almost sits like another botanical or ingredient with the Martini Rubino.”

A strip of orange peel and a toasted pecan to garnish.

Combine the toasted nut bourbon, vermouth and Campari in a chilled ice-filled shaker, stir and strain into an Old Fashioned glass containing, ideally, one large cube of ice (if not just use four or so conventional ones). Twist the orange peel over the drink, drop in and rest the pecan on the giant ice cube.

* Toast 150g of pecans and 100g walnuts in a preheated 180°C oven for about 10 minutes, turning a couple of times to ensure even toasting. Allow to cool and then put them in a Kilner jar with 700ml of Heaven Hill bourbon. Leave to infuse for four days and then strain through a coffee filter into a sterilised bottle. 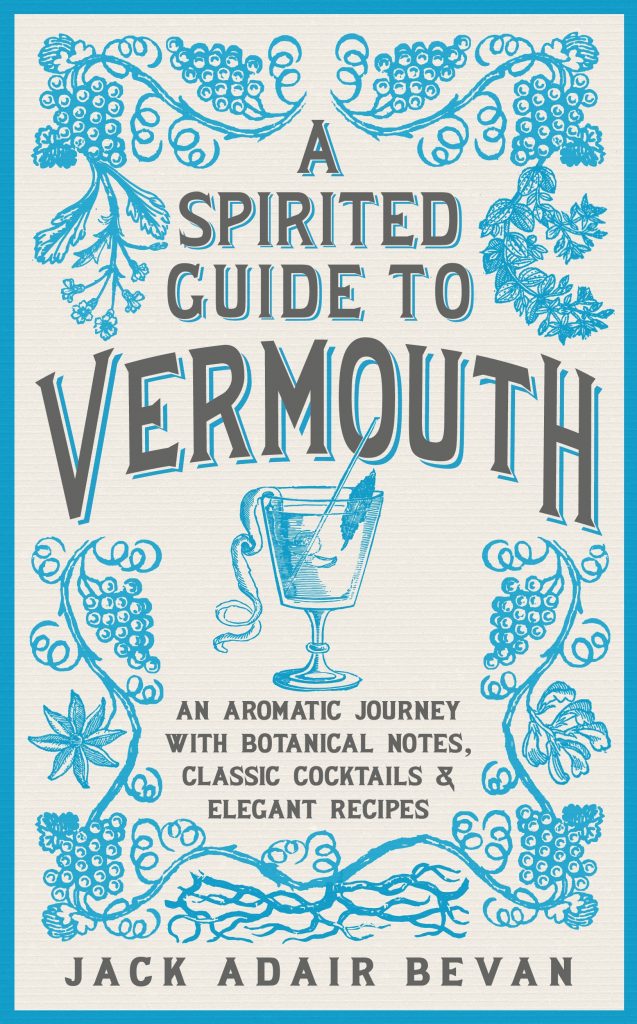 Master of Malt @MasterOfMalt
5 minutes ago
A glorious 100% agave Reposado Tequila from the folks at Mijenta. Lightly aged in a combination of American white oak, French oak, and French acacia casks it boasts layers of rich vanilla, vegetal agave, and nutty wood.

Master of Malt @MasterOfMalt
1 hour ago
. @DewarsAberfeldy are giving you a chance to win a golden ticket. But it’s no chocolate factory you’ll be visiting. It’s better. 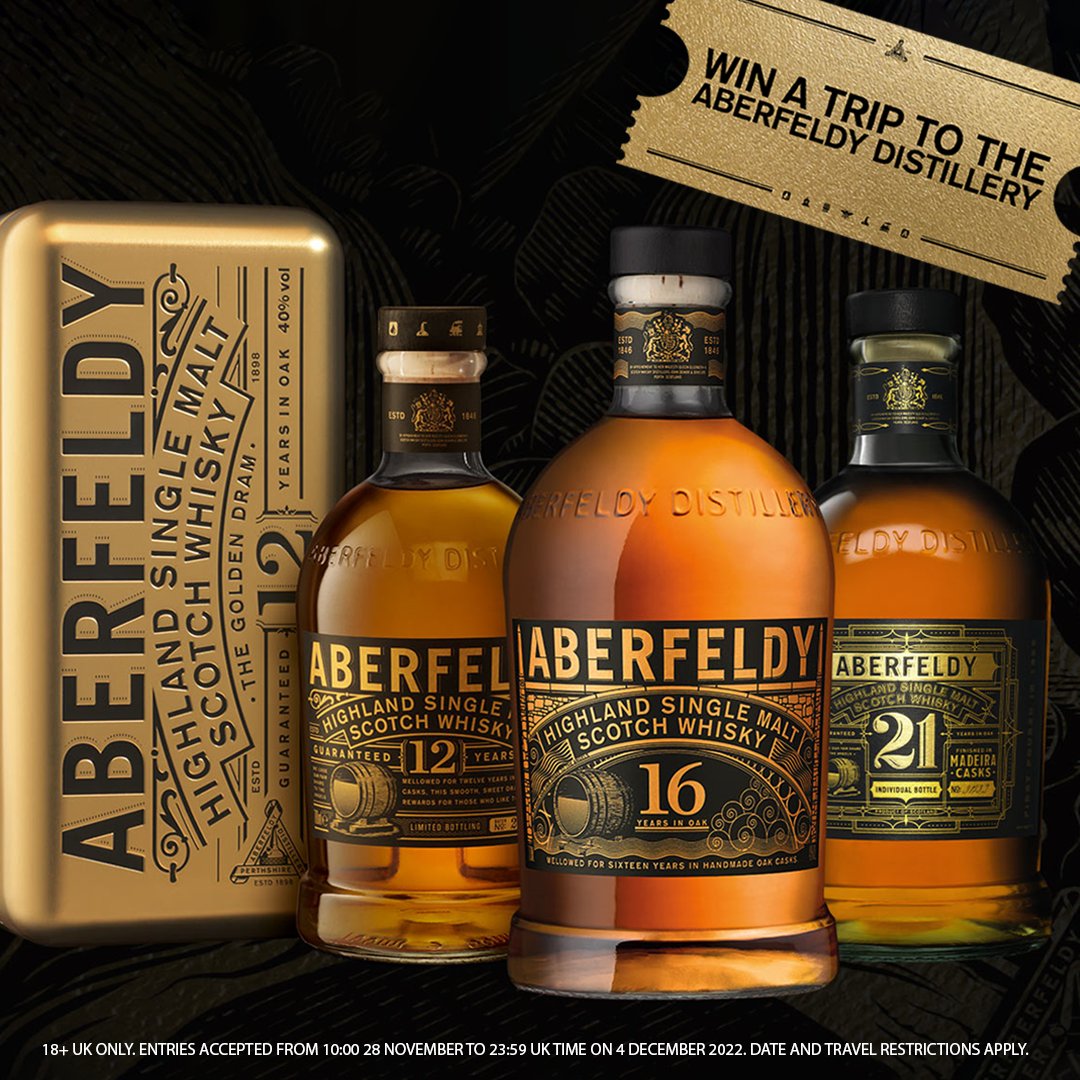 Master of Malt @MasterOfMalt
3 hours ago
#WhiskySanta will keep on granting wishes tomorrow, and will have a shiny new Super Wish from Monday too... Plus oodles of gifts for lucky MoM shoppers, of course!
https://t.co/kp6XVqHBYu
View on Twitter
4
11

Save the bees, drink Calvados