To welcome the comeback of whisky distillation in East London, we travelled to East London Liquor Company and were among the first to taste London Rye!

Last night MoM was invited to an incredibly exciting preview dinner. Why? The marvellous folk over at East London Liquor Company (ELLC) revealed London Rye whisky for the first time! This is a very exciting development for a number of reasons, the first being the obvious – yay, more whisky! But more pertinently, this is a particularly notable launch because it’s a part of history. Not only is the expression the first whisky ELLC has ever released, but it’s also the first to be distilled in London’s East End since the closure of Lea Valley in 1904.

The inaugural London Rye release is an attempt from ELLC to make an English whisky that could appeal to a range of drinkers and bartenders. East London Liquor Company’s whisky distiller, Andy Mooney described it as “perfect to drink neat the minute you crack open the bottle”. What stands out straight away is that it’s a rye whisky. However, don’t expect the classic American variety. The recipe Mooney and his team created features a mash bill of 42% rye and 58% extra pale malted barley.

London Rye is intriguing. It was distilled in a combination of pot and column stills before the new make spirit was initially matured for a year in 30-litre and 60-litre new French oak casks with Level 5 and 3 char. This was followed by two years in ex-bourbon before it was finally finished for one month in an ex-Pedro Ximénez sherry cask. It was then bottled at 46.8%.

So, the big question: how did it taste? Well, rather like this: 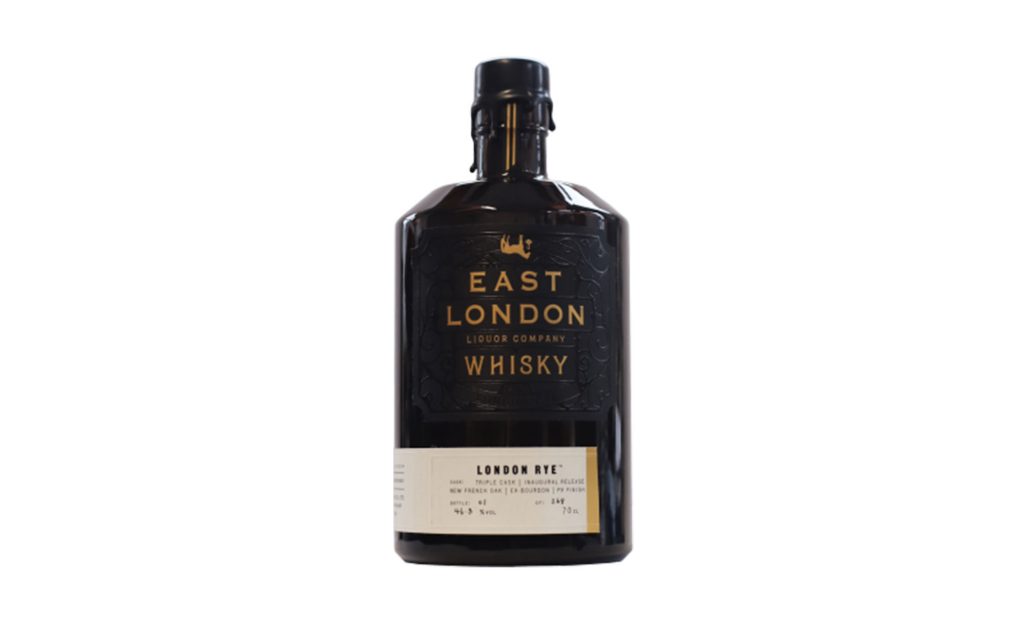 Palate: These aromas develop into flavours of toffee apple, chocolate ice-cream and thick-cut marmalade. Tobacco smokiness builds against a backdrop of blackberry, raisin-fudge and honeyed cereal. There’s plenty of oak character here too and some sparkling woody tannins

Finish: There’s a flicker of rye spice but it’s never overpowering. More of the red fruits return in a very pleasantly long finish.

Sounds delicious, right? Well, that’s because, very pleasingly, it is. Rye is an interesting choice for a first release, but it’s a fitting reflection of East London Liquor Company’s experimental and innovative approach to distillation. People think of America as the home of rye (as we saw yesterday, often for good reason) but this is a great case study to show that outstanding rye whiskies continue to be produced closer to home. 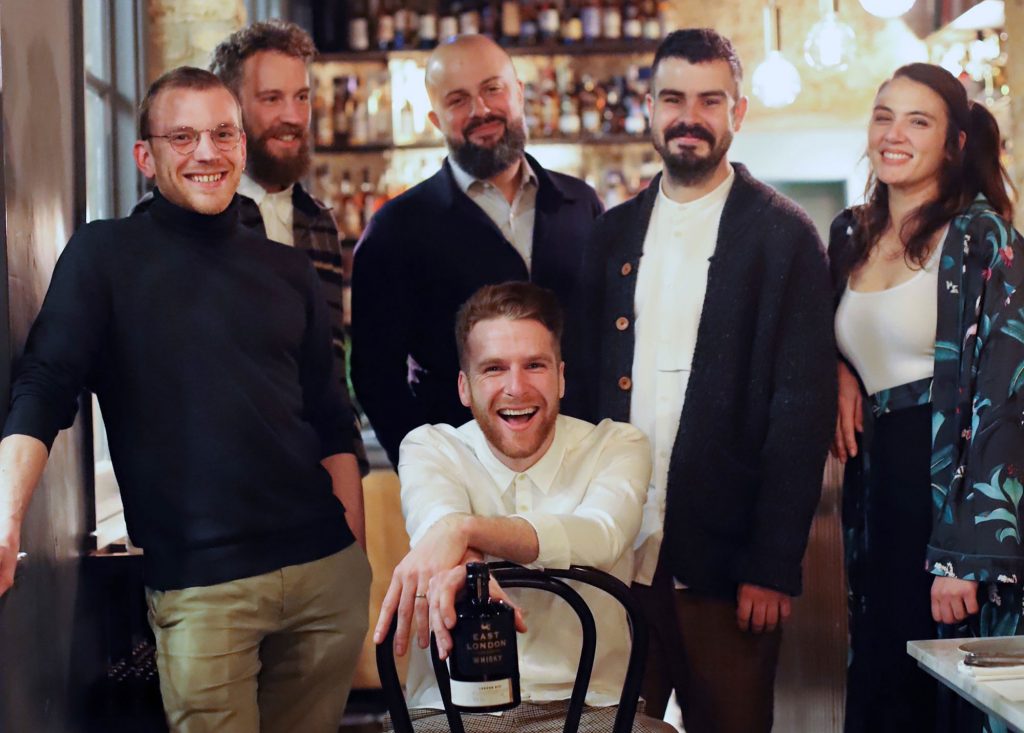 The distilling team at ELLC

It’s also worth remembering that this product is unrestricted by the rules that govern Scotch, or indeed the rye whiskey produced in the United States. This is an opportunity that Mooney explains ELLC seized: “The great thing about producing our whisky in London is that we have a clean slate to be creative. We’ve put a lot of attention and care into our first release of London Rye – from the char levels of the barrels to the exact ABV of the final product.”

Now, the bad news. The first run is only 269 bottles, which is obviously an incredibly limited batch of delicious whisky. This exclusivity and rarity, combined with its history-making profile, goes some way to explaining London Rye’s £85 price tag. Thankfully, the distillery has plans to continue to release limited London Rye editions alongside single malts and other varieties of whisky, so you should be able to get your hands on something soon if you don’t manage to get a bottle or taste of London Rye. 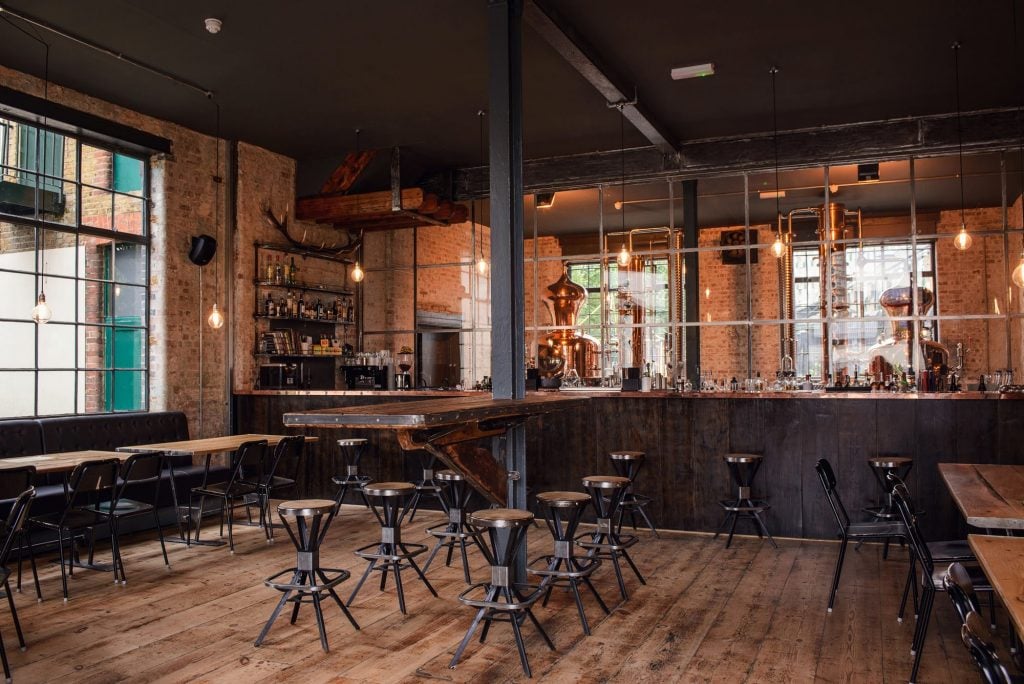 Speaking of which, East London Liquor Company has confirmed that its inaugural whisky will be available to drink from midday today (Friday, 23 November) in select bars and restaurants across the UK, including East London Liquor Company’s brand home in Bow Wharf and the following locations in London: 45 Jermyn Street, Black Rock, Connaught Bar, Core by Clare Smyth, Happiness Forgets, Hide Bar, Leroy, Pidgin, Quo Vardis, Sager + Wilde, The Marksman, The Modern Pantry, The Principal Hotel and across Barworks and Graceland sites. Whisky lovers outside of London can find London Rye at The Watermark Bar in Leeds, Bath’s The Hideout, Liverpool’s Dockleaf, and both Dusk Til Pawn and Science and Industry in Manchester.

Furthermore, a limited release of bottles will be available from the East London Liquor Company bottle shops in Bow Wharf and Borough Market from noon on Saturday, 1 December. Due to the limited outturn of 269 bottles, they will be limited to a maximum of one bottle per person. 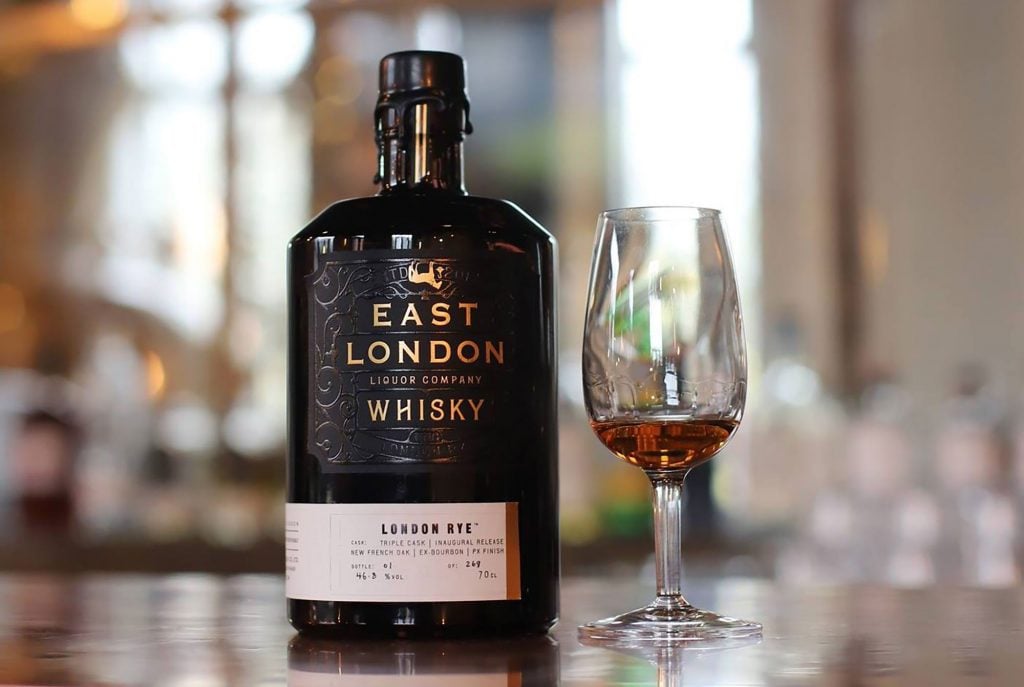 London Rye at the ELLC distillery

East London Liquor Company founder, Alex Wolpert, commented on the release: “We’re incredibly proud to invite everyone to join us in toasting a piece of London’s distilling history. This has been an incredible journey for us, culminating in delicious liquid, and we’re thrilled to have London Rye as a part of our offering.”

This all caps of a great year for the East London Liquor Company, who only began distilling back in July 2014. As we covered back in June, the company secured £1.5m in funding through Crowdcube to improve upon its stunning conversion of a former glue factory in Bow Wharf, on the corner of the East End’s Victoria’s Park. The distillery’s whisky production capacity has been quadrupled and the team is given room to experiment with distillation techniques and an impressive variety of available casks, including new American and French oak, chestnut, mulberry, acacia, and ex- wine, rye and bourbon, Cognac and vermouth barrels.

The future certainly looks bright, and while we look forward to even more innovative whisky expressions, right now we’re content with a glass of London Rye.

Master of Malt @MasterOfMalt
2 hours ago
From the Rosemullion Distillery down in Cornwall comes a Spiced Rum! It's pot distilled before it's then aged and spiced. The final aromatic spirit is then bottled at 40% ABV in this very handsome decanter. https://t.co/pz7NgeOcc9
View on Twitter
0
3

Master of Malt @MasterOfMalt
3 hours ago
Our pleasure! Hope you enjoy it 🥃 https://t.co/UScgVZ5i8K
View on Twitter 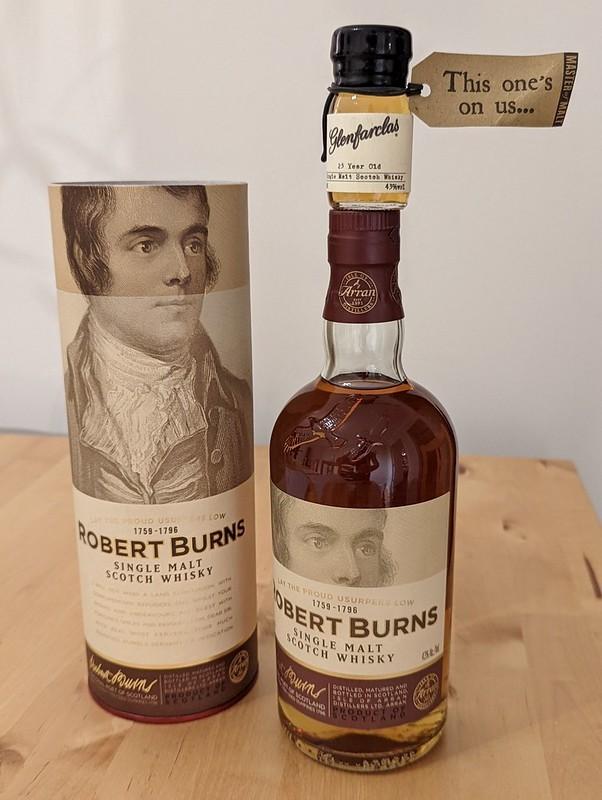