Henry Jeffreys
No Comments on New Arrival of the Week: Compass Box No Name No 2

Today we have a smoky blended malt so special that it doesn’t even have a name! It could only be a release from those crazy cats at Compass Box.

Until recently, the components of most blended whiskies were a closely-guarded secret. It was all about the brand, one didn’t want to confuse the customer with too much information. But this is changing: just look at Johnnie Walker’s new Black Label Origins, a series of blends based around regions and distilleries. Part of the credit for this opening up has to go to Compass Box.

This small scale blender was founded in 2000 by John Glaser, an American who had previously worked with Johnnie Walker. Since then his company has won Whisky Magazine’s Innovator of the Year prize six times by pushing the boundaries of what is possible or even legal with Scotch whisky. You know you’re doing something right when you get into trouble with both the EU and the SWA. 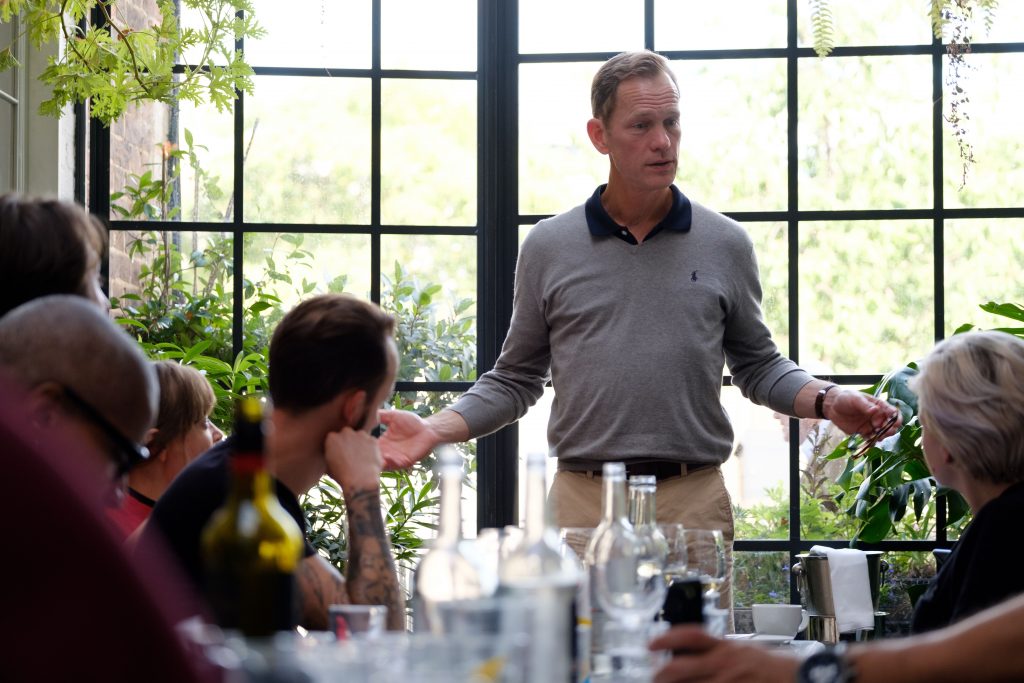 ‘You can find the perfect blend’, John Glaser

The company buys a mixture of aged stock, and new make spirit which is then aged. To spice things up, Glaser and his team also acquire casks of ready-aged blends which are genuine mysteries, not even the people selling them know what they were made up of. Whereas some blends might contain more than 40 component parts, Compass Box bottlings tend to be much simpler.

The company tries to be as transparent as possible but in the past they have run up against EU regulations that forbid whisky producers from advertising the age of the component parts. You’re only allowed to state the age of the youngest part. And with the Spice Tree blend they incurred the displeasure of the SWA because it used new French oak staves placed within the cask. Compass Box managed to get around the regulations by fitting new oak ends to an old cask.

But this was nothing compared with Affinity released earlier this year which indulged in some cross-category canoodling by blending whisky with Calvados. And it worked beautifully. Compass Box products look striking too, with packaging by Stranger & Stranger, and names inspired by art and literature, or sometimes no name at all! Which brings us on to our New Product of the Week.

The first No Name was a limited edition released in 2017 and so-called because no name could do justice to the smoky character of the whisky. Or perhaps Compass Box just ran out of ideas. Now the follow-up is here, No Name No 2! It’s a blend of  Caol Ila aged in sherry casks, Talisker aged in charred hogsheads, some Clynelish and then a mysterious element, a blend of Highland malts finished in new French oak. It’s bottled at 48.9% ABV. So what does all this add up to? Pretty much everything we have ever tried from Compass Box has been delicious and this is no exception. It’s a combination of the smoky and salty with the custard, clove spices, and both dried fruit and fresh fruit like apples and cherries, and it’s absolutely gorgeous. See full tasting note below. Now all it needs is a name. No Name No 2, nice label

Finish: Lingering wood smoke with red cherries and a touch of tannin.