New Arrival of the Week: Bushmills 2000 (bottled 2021) – The Causeway Collection

Irish whiskey of the finest quality is something of a theme on our blog today, and that trend continues as our new arrival is Bushmills 2000 (bottled 2021) – The Causeway Collection.

There was a period when you didn’t really hear much from Bushmills. While its rivals in the south were seemingly developing new products and launching campaigns almost weekly, the other stalwart Irish whiskey maker seemed to be giants without much cause for a period.

The whiskey has never relented in quality, by my reckoning, and the 10 Year Old, 16 Year Old, and Black Bush continue to represent great value. But there was a need for fresh impetus and some liquid innovation.

Happily, things are beginning to move in the right direction, a trend exemplified most with the excellent Causeway Collection. The first series launched in 2020 and its offerings of rare whiskey and unique cask finishes housed in slick designs made it an instant hit, with some bottles selling out in minutes.

We previously covered the global launch back in September, but since then there was a dedicated launch for the bottles that were exclusive to Great Britain that I was fortunate enough to attend. 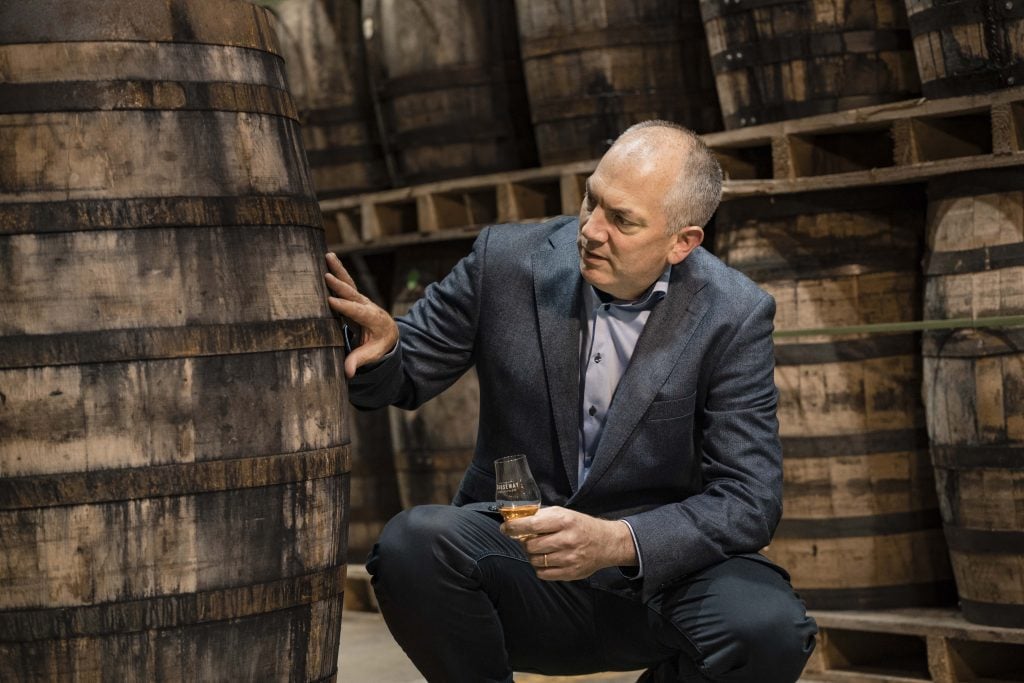 One of the two whiskeys we tried was a stunning Marsala cask-matured dram that was so fruity it was like chewing on a whole bag of Maynards Sports Mixture while someone sprayed Um Bongo in your face. The other is our new arrival, Bushmills 2000 (bottled 2021) – The Causeway Collection.

This is really quite a special whiskey. Firstly, because it’s spent its entire life in rare first-fill ruby Port casks. This means it’s had an incredible 20-year full-term maturation in those barrels, imbuing the liquid with all those big, bold and luscious red fruit flavours you’d expect from that cask profile.

The Port 2000 Cask expression is also bottled at a cask strength of 54.1% ABV without chill-filtration, so we’re getting the full, undiluted Porty experience. Sadly, only 2,322 bottles came out of those casks but we can’t be too greedy now, can we?

The Causeway Collection, as you might have guessed, is inspired by the natural wonder and mythical tales of the Giant’s Causeway. It’s a short drive (or a stone’s throw if you’re an actual giant) from the Old Bushmills Distillery in County Antrim, Northern Ireland, and, along with Dunluce Castle, helps solidify the spot as a great day out for tourists. I know the next time I’m in town I’ll be picking up a bottle of Bushmills and heading down there for a sip by the seaside.

The cause behind the drams

The distillery has made reference in the past to the UNESCO World Heritage site being a source of inspiration to its distillers for centuries, reasoning that both are shaped by their surroundings and “interact with the alchemy of nature”. In a more literal sense, every drop of spring water from the River Bush drawn by the distillery will have lapped the same mineral-rich basalt rock as the Causeway itself. It also makes for a tremendous backshot for your lifestyle images, as the one in this very blog demonstrates.

For this year’s series, Bushmills hasn’t just lent on its local landmark for marketing, but also teamed up with storytellers to add some narrative to the whiskies. At the Great Britain launch I went to, George the Poet was in attendance and read out the poem he was commissioned to write. It’s called Singular Tales and features in the short film above that brings together words, music, and images to reflect the home of the Causeway Collection.

He was a magnetic presence at the event, talking about the parallels of storytelling and whiskey-making, how the best stories are right in front of us, and how important the little moments are. When the little moments are spent drinking Port cask Bushmills whiskey in good company, it’s hard to disagree. 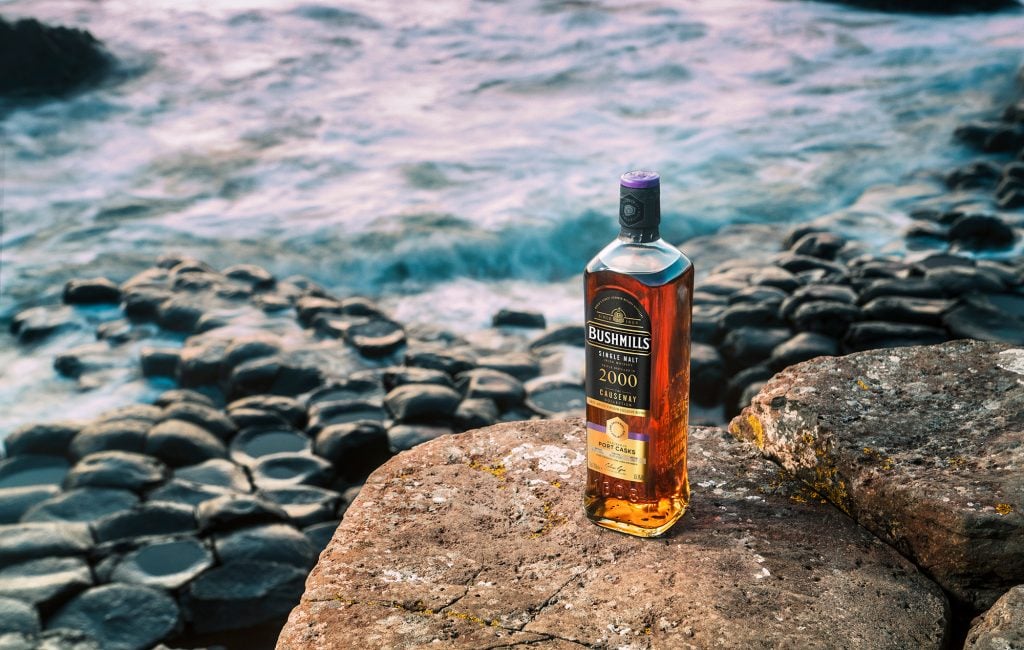 Bushmills at its best

This brings us back to the dram itself, which is very impressive. Bushmills spirit has a wonderful backbone of lush tropical fruits and biscuity malt that I find stands up really well to full-term maturation in fortified wine casks, whether that’s sherry or Port.

That means that, while there’s lots to appreciate here from the cask, it’s the integration of the maturation with Bushmills DNA and the way the liquid is allowed to stand on its own two feet without interference that really makes it shine. If you’re lucky enough to try this beauty then the way those Port notes blend with the fruity spirit will make you want to do an actual chef’s kiss. And there’s no judgement here.

It’s an exciting time to be a Bushmills fan. All the talk of the great booze that was tucked away in those warehouses for so long you’d be forgiven for thinking it was the stuff of legend like the Giant’s Causeway itself. But now they’re making their way into the world and they’re being presented in a style tailor-made for the whiskey geek who will appreciate them. Bushmills is well and truly back, baby.

You can buy The Bushmills Causeway Collection 2000 Port Cask here.