Every time you buy a bottle of Elephant Gin, 15% of the profits go to foundations that support the conservation of African elephants. Today we uncover the story behind the brand whose activism is based in booze.

Today is World Elephant Day and, while we’d love to simply just share pics and trade stories of the glorious animals, sadly all is not well for elephants. There used to be millions of elephants roaming Africa’s huge open spaces. Today, after two drastic surges in poaching, only 415,000 remain. Criminals kill endangered animals for tusks, horns, scales, and skins. Ivory demand, human-wildlife conflict, and a simple battle for space have greatly affected the plight of the African elephant.

Since 2013, a gin brand has been doing its bit fighting the good fight on behalf of elephants (who, despite being awesome don’t actually possess the ability of distillation). Elephant Gin was founded with the belief that the first step to changing the world is having the right spirit.

The team has been boosting conservation efforts for Africa’s favourite gentle giants, contributing 15% of all of its gins’ profits to elephant conservation. Up to date, Elephant Gin has donated over €500,000 to its partner foundations. 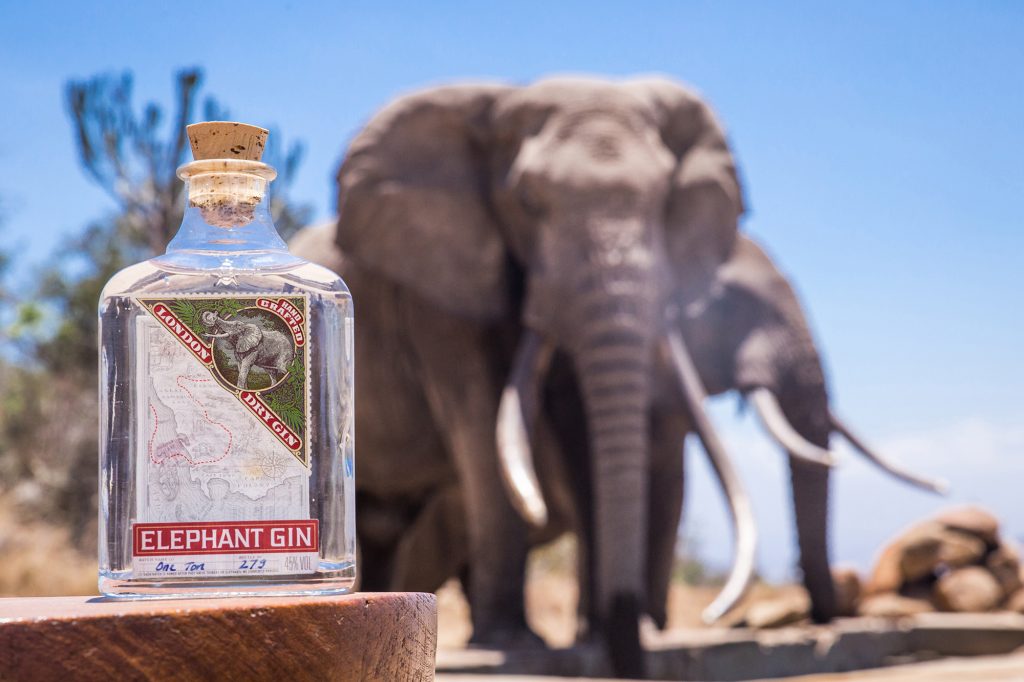 Elephant Gin does what it can to support these beautiful creatures

These include the Big Life Foundation, in which Elephant Gin supports the work of the 45 rangers who protect two million acres of wilderness in Kenya, paying for training, salary, and equipment such as rucksacks, tents, and mosquito nets. There’s also The Sheldrick Wildlife Trust, which rescues and rehabilitates baby elephants that are left behind when their mother dies due to poaching, with Elephant Gin becoming a foster parent of 22 orphaned elephants.

The gin brand has also partnered with Space for Giants Foundation to fund an education centre called The Wildlife Spirit, the purpose of which is to educate local youth and adults in the area on their country’s wildlife and environment, as well as give local and international visitors an opportunity to learn about elephants.

Donations are one method, but Elephant Gin also gets directly involved too, offering jobs that provide income for people that might have looked for illegal activities and are keen to work with the communities. For its Sloe Gin, for example, the beautiful craftsmanship of the Kenyan Maasai tribe is celebrated by paying them to create beads for the bottle.

One example of how Elephant Gin is committed to the cause was in 2016 when the brand helped save 69 elephants by negotiating the removal of a fence between Pongola Game Reserve and Swaziland Reserve (two big reserves of 15,000-25,000 hectares of wildlife each). Dropping the fence resulted in reconnecting the two reserves and letting all wild animals roam freely between borders. Several elephants that were on the brink of being shot (as a result of the current drought) were able to survive under the new circumstances. 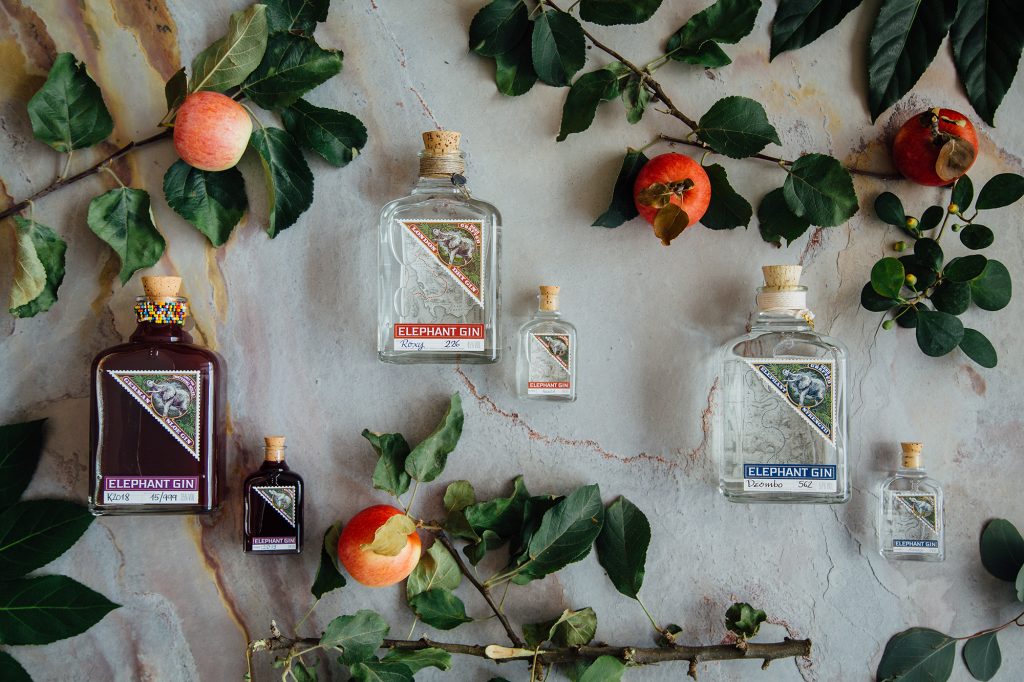 Elephant Gin was founded by Robin Gerlach and Tessa Wienker. They were inspired after spending time in Africa, where they witnessed first-hand the reduction of elephant’s natural habitat for farming and the horror of ivory poaching. The duo decided that they would prefer to create a physical product that people could enjoy and relate to rather than simply establishing a charity, utilizing the power of a forward-thinking, socially-minded business.

The same recipe is used for a navy strength edition, fittingly called Elephant Strength, and there’s also a Sloe Gin. And don’t forget, 15% of the profits of each goes to helping African elephants. 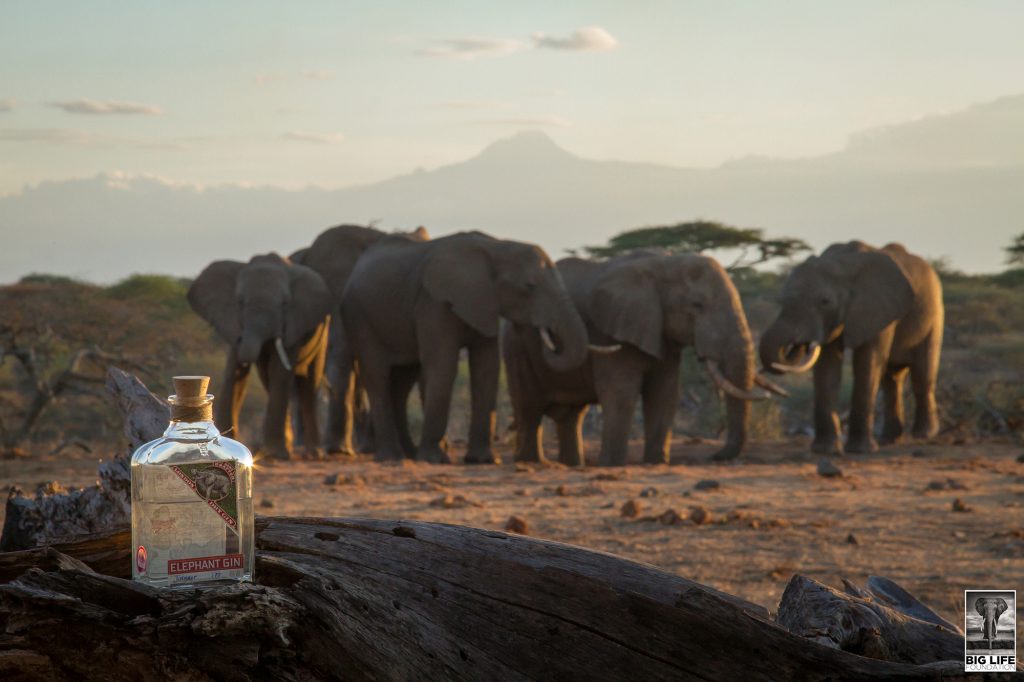 Making a difference with drinks

Social responsibility is reflected in all facets of the company, which includes sustainability too. Elephant Gin is committed to a plastic policy that actively avoids single-use plastic, favouring shredded 100% recyclable boxes and paper straws (sugar cane alternatives are in the works), and omitting the likes of bubble wrap and styrofoam.

Recyclable and sustainable materials like glass bottles, natural corks, and hemp string decoration are also used, as is a 100% biodegradable shrink sleeve made from a compostable material called polylactic acid. When Elephant Gin hands out brochures and flyers, the paper is made out of elephant dung, which is neat.

Gin and elephants might not be the most obvious combination. But, by working closely with foundations to ensure that donations arrive on the ground and regularly visiting Africa in order to keep up to date on the progress and developments, the Elephant Gin team has managed to make a real difference with drinks.

Now that’s something worth raising a glass to.