Ming River wants you to give Baijiu a chance

It might be the biggest selling spirit in the world, but baijiu is the drink of choice in China alone. Ming River wants to change that.

Baijiu is big. The spirit is produced in around 14,000 distilleries. It accounts for one-third of the world’s total consumption of distilled spirits. Over 11 billion litres of it was sold in 2019, more than the total of whisky, vodka, gin, rum and Tequila combined. So it’s never needed a market outside China. It’s doing perfectly well without the rest of the world.

And yet, Diageo has invested in the spirit, a new generation of overseas producers are putting their own twist on the drink and brands are being created to bring baijiu (pronounced ‘bye-Joe’) to a new audience. There is a feeling that there’s untapped potential and, as drinking culture becomes more global and Chinese society becomes increasingly international, the demand for a versatile, complex and deeply cultural booze will be there once people understand it and acquire the taste. Or that’s the theory, anyway.

That’s where Ming River comes in. It’s an almost supergroup of a brand that’s brought together the know-how of some of the spirit’s greatest educators and the pedigree of Lúzhōu Lǎo Jiào, China’s longest continuously operating distillery. It was created after Simon Dang, Matthias Heger, Bill Isler and Derek Sandhaus opened a baijiu bar in Beijing that demonstrated two things: 1) the spirit could be appreciated in cocktails and 2) that foreigners could be wooed with the right education and approach. This ability to introduce baijiu to new drinkers led Lúzhōu Lǎo Jiào to propose making a product with international appeal. 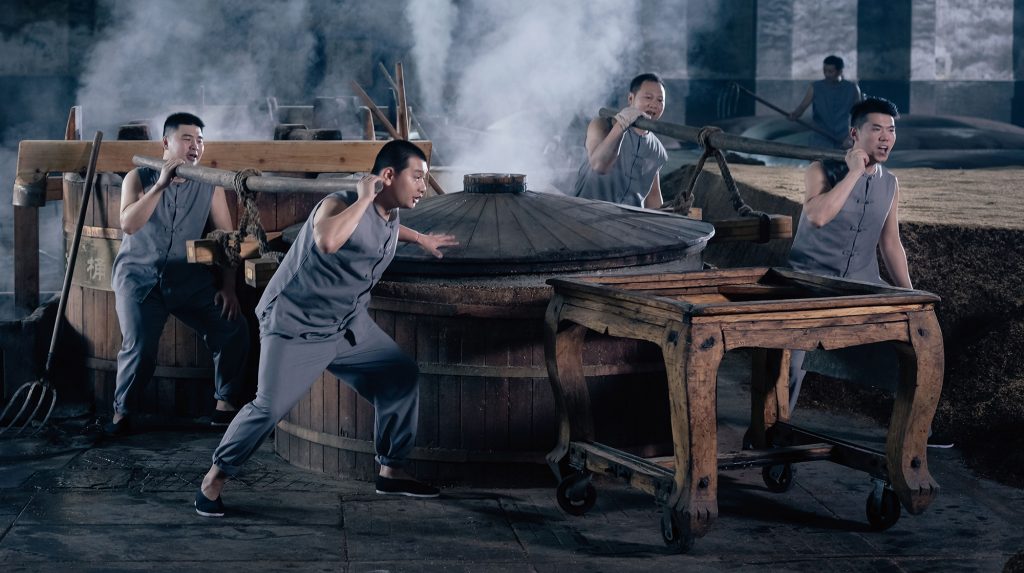 “We agreed to form a joint venture that became Ming River, which is really the first international baijiu brand created by one of China’s reputable distilleries,” Sandhaus explains. He literally wrote the book on baijiu. Twice. So he’s as good a person as any to demystify the category. “The word baijiu literally means ‘white spirits’ and is a category that encompasses all traditional Chinese grain spirits. It’s most commonly distilled from sorghum, but can also be made from rice, wheat, corn and millet,” Sandhaus explains. “China classifies it into four aroma categories, the full-bodied, spicy, fruity strong aroma baijiu (what Ming River is), the floral and sweet light aroma, sauce aroma, which has an umami, earthy profile and the clean and honeyed rice aroma”.

What distinguishes baijiu most from other spirits, however, is a production process of solid-state fermentation and distillation. At Lúzhōu Lǎo Jiào, this begins with locally harvested red sorghum grain and water from protected wells. This mix is fermented in earthen pits sprinkled with naturally harvested yeast cultures called ‘qu’ (pronounced ‘chew’) which are native to Luzhou that impart a distinctive terroir. “Qu is big bricks made of wheat which are mashed with water and left in a controlled environment for months to absorb yeast and bacteria,” Sandhaus explains. “When you add to the grain, it breaks down the starches and converts those sugars into alcohol, adding a lot of natural flavours”.

It’s a similar process to the use of muck pits in Jamaican rum and it’s said that to create the best strong-aroma baijiu, you need a pit that’s at least 30 years old. Lúzhōu Lǎo Jiào has over 1,600  giant solera‐like fermentation pits that are at least 100 years old and some that date back to 1573, all drawing character from a microbiological ecosystem developed over centuries. “It creates a unique culture. At the top of the pit, you have a dry, low-alcohol mash and at the bottom, it’s increasingly more alcoholic and moist, which is of superior quality. This is where continuous mashing comes into play,” Sandhaus says. “You distil the top layer and keep the baijiu, then you take the lower mash, add fresh sorghum and distil it together in small batches. You then add more qu to this mix of fermented mash and freshly-steamed sorghum and put it back in the pits. It’s a process of fermenting and distilling over and over again until the spirits are ready to be aged for up to two years, before being blended to maximise complexity and balance the various flavours”. 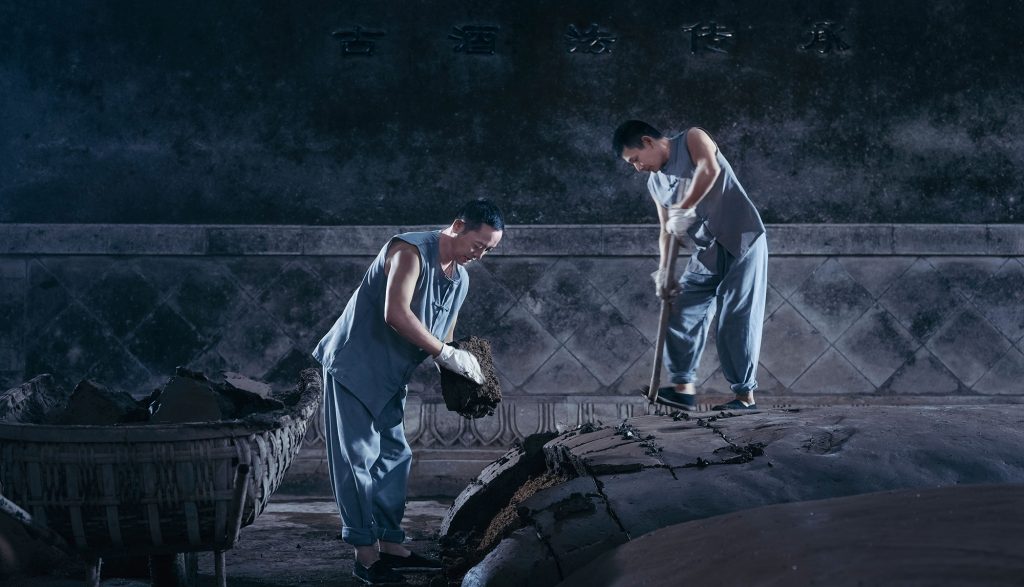 The unique way in which baijiu is made accounts for why it tastes radically different from the kind of spirits you might be used to, which is why Sandhaus believes the greatest challenge baijiu faces is one of educating consumers. “They aren’t accustomed to its profile so they think there is something ‘off’ about it or a mistake has been made, when in fact that is what the producers are trying to make. The comparison I would give is like if your introduction to Scotch whisky was someone maybe drinking an entire bottle of Laphroaig,” he says. “The products themselves are less challenging than people think they are, especially when presented in a cocktail. You have to introduce it to them in the right context”.

Luckily this is an era in which people are embracing what were once deemed challenging flavours and Ming River’s profile of strong tropical fruits, floral elements and a rindy, farmyard funk note should appeal to fans of mezcal, cachaça and, in particular, high-ester Jamaican rum and Springbank whisky. For cocktails, those tropical notes naturally lend it to Tiki-style serves like Mai Tais, Piña Coladas and Daiquiris and food is also a great way to open the door to baijiu. “Chinese drinking culture is a communal activity that goes back to the very beginnings of its civilization and alcohol has always been part of the culinary tradition,” says Sandhaus. “Those strong flavours that are intended to balance out the flavours of the food, which in the Sichuan region where Ming River is from, tends to be bold and spicy, with lots of chilis, ginger and garlic”.

I think Ming River has got the package right. The branding is clear and informative, the provenance, craft and history of the distillery is compelling and the baijiu itself is, well, really tasty. It’s encouraging to hear then, that the reception has been overwhelmingly positive. “There are still some people who try it and they say ‘this isn’t for me’ and that’s fine, but we’ve been a hit in both modern Asian restaurants and craft cocktail bars,” Sandhaus says. “Ming River has resonated with people from a cultural Chinese background looking for a way to connect with drinks that are part of their heritage and plenty of people in the West who are happy to drink a Chinese product when it’s presented to them the right way”. 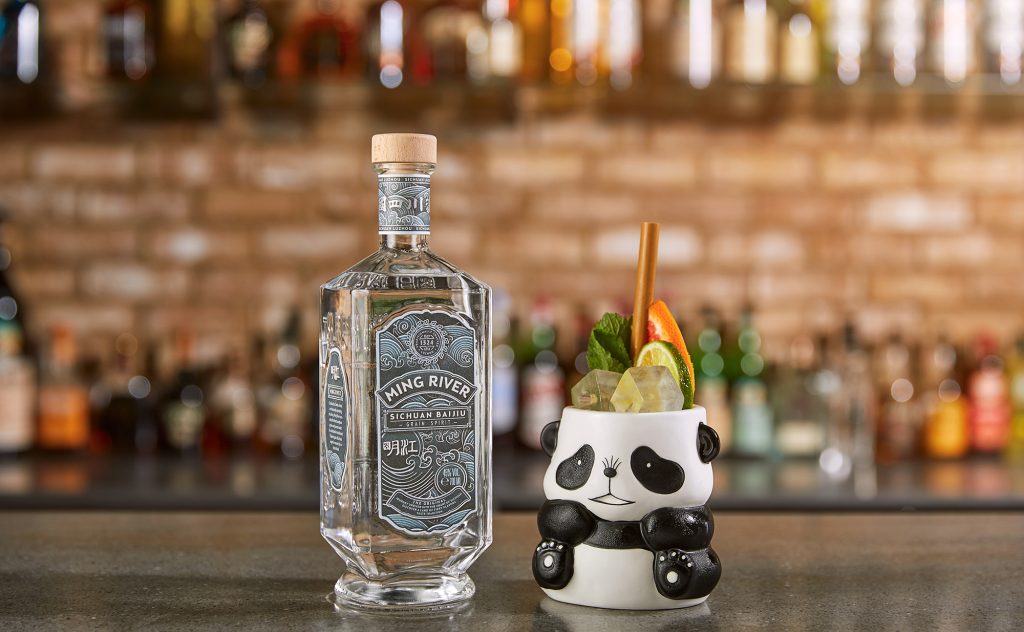 Shake and fine strain, then garnish with a mint sprig and lime wheel.

Master of Malt @MasterOfMalt
7 hours ago
It's nice to have good looking bottles on the bar. Of course, the liquid inside will have the final say. So, are people missing out on tasty liquids with more humble containers, whilst being attracted to others with shinier homes? Is it more than just what's inside that counts? https://t.co/2lYeiT6rtD
View on Twitter

Going against the grain