Master of Malt tastes… Glenmorangie A Tale of Cake

On Friday evening we were fortunate enough to have a taste and learn all about Glenmorangie A Tale of Cake, the Highland distillery’s latest release which is aged in Hungarian Tokaji casks.

Dr Bill Lumsden, Glenmorangie’s director of whisky creation, has been innovating and experimenting his way to new delights at the Highland distillery for a quarter of a century now. Over the last 25 years, he has challenged himself and his team to take whatever captures their imaginations and turn it into whisky, from a cup of coffee (Glenmorangie Signet), a long balmy day in Madeira, (Glenmorangie Bacalta) the beautiful barley fields near the distillery (Glenmorangie Allta) and more.

Recently the good doctor (he has a PhD in biochemistry, this isn’t a Doctor Who situation) found himself musing over how some of his most joyful memories involved cake, from baking with his granny to the pineapple upside-down cake his daughter made him for his birthday. So, Dr Bill did what he does best. He created a whisky that could encapsulate the joy of cake in a single malt whisky. It’s called Glenmorangie A Tale of Cake.

“Like so many of us, some of my favourite memories come from cake, whether it be helping my granny in her kitchen, or the pineapple birthday cake my daughter surprised me with one year. By finishing whisky in Tokaji wine casks, I’ve captured the joy of those indulgent cake moments in Glenmorangie A Tale of Cake,” said Dr Bill.

Glenmorangie and Dr Bill aim to celebrate the joy of a ‘cake moment’ with its latest single malt.

It begins with the classic Glenmorangie fruity, fragrant new make, distilled in the brand’s towering copper stills, the tallest in Scotland (the necks are the same height as an adult male giraffe). Brendan McCarron, head of maturing whisky stocks at The Glenmorangie Company, explains that this expression began life essentially as Glenmorangie 10 Year Old – The Original. “It’s very much the Original turned and twisted into something else. Baked, if you like…” he said. “We deliberately didn’t change the cut points or use a different strain of barley because it was all about making that classic Glenmorangie house style and using the casks to build extra layers and flavours”.

Speaking of casks, you won’t be surprised to learn that the spirit has been initially matured in bourbon casks for a period before Dr Bill transferred into a style of cask that could make things a bit more cakey. For that, he turned to Tokaji casks. They might sound like a species of Japanese wood but actually Tokaji is a highly-prized dessert wine from the Hungarian region of Tokaj, created using noble rot grapes. This noble rot fungus (Botrytis cinerea, for those who like to get geeky) causes the grapes to shrivel up and concentrate their sugars.

It’s a pretty singular style of wine. It has a deep gold colour which gives it an almost single malt appearance and balances a high sugar content with plenty of acidity. Unsurprisingly, Dr Bill had quite the fascination with the cult status of these wines and their sweet and distinctively honeyed and citrus notes. He sourced a range of largely Hungarian oak Tokaji wines casks from a leading producer. McCarron said that he’s not allowed to say which one but did drop a hint that it’s a ‘regal’ one. So work that one out. A Tale of Cake is the result of his Tokaji tinkering.

You might be wondering at this point if this single malt tastes particularly delicious alongside real cake? Well, Dominique Ansel, a pastry chef hailed as “the Willy Wonka of New York” and the creator of the ‘world-famous’ Cronut® (a doughnut-croissant hybrid that I’m pretty sure I invented after a night out at uni but I’ll let sleeping dogs lie) seems to think so. He’s created a twist on a pineapple boat cake inspired by A Tale of Cake and paired with a pineapple Old Fashioned cocktail made by expert mixologist Jeremy Le Blanche. Welcome to the world of ‘caketails’, folks, it’s sure to be as fun as it sounds.

“When I first tried Glenmorangie, it opened my senses to this amazing world of colour, texture, taste, and aroma. It’s a new adventure each time,” says Ansel. “I never guessed I could enjoy whisky this much, but there is a friendliness to the way Glenmorangie tastes. Baking and whisky making are different worlds but they have a lot in common. If you stir Dr Bill’s passion for single malt with my love for cake, you get the best of both our worlds!” The duo has also invented ‘caketail’ pairings for The Original, The Lasanta and The Quinta Ruban. These delights will be available to a lucky few from his bakery in New York, but to ensure everyone can indulge, they’ve released the recipes so you can recreate them at home. We’ve popped The Cake Old Fashioned recipe below so you can partake.

I can’t speak to the cocktail’s taste because I haven’t made one yet, but I can confirm that Glenmorangie A Tale of Cake is a really lovely dram. It’s well balanced, moreish and super-interesting. The cask finish suits and enhances the Glenmorangie profile, similar to the effect the Sauternes wine casks have on Nectar d’Or. It doesn’t taste like any one particular cake, but there are plenty of sweet, fruity and creamy elements for those who are expecting a dessert of a dram to enjoy.

Glenmorangie A Tale of Cake will be available from MoM Towers in October and we’ll be sure to let you know the moment it has arrived. When you do get your hands on a bottle, be sure to let us know what you think in the comments.

Palate: The palate is complex, tart and has some slightly tannic wood notes which cut through flinty minerality tones as well as tinned peaches, orange chocolate, apricot croissant and more vanilla. There are honey roasted almonds and a little dark fruit underneath.

Finish: The finish lingers for an age with notes of marmalade, honeycomb and some fresh pear.

50 ml of Glenmorangie A Tale of Cake
7.5 ml of coconut water
7.5 ml of pineapple syrup
1 dash of Peychaud’s bitters
1 pinch of black pepper

Stir all ingredients with ice and strain into a rocks glass over block/ cubed ice. Garnish with a twist of orange zest and a walnut.

Master of Malt @MasterOfMalt
10 hours ago
. @AstonMartin and @Bowmore have joined forces, and the result is an incredible #whisky that goes by the name of Black Bowmore DB5 1965. This is the first in the series of collaborations between the two iconic British brands! https://t.co/FxfKKWb7Bf
View on Twitter
0
3

Master of Malt @MasterOfMalt
11 hours ago
Just in case you thought you wouldn’t be getting your usual yearly dose of #whisky, haggis and poetry, don’t worry, like everything these days, it’s now taking place online. Here are some of the best virtual #BurnsNights out there.
https://t.co/TAtOKivjxX
View on Twitter
1
7

Master of Malt @MasterOfMalt
12 hours ago
Seeing as the Islay barley grown for Octomore 11.3 was blowing in the island's coastal breeze all its life, the smoky #whisky distilled from it is suitable savoury! 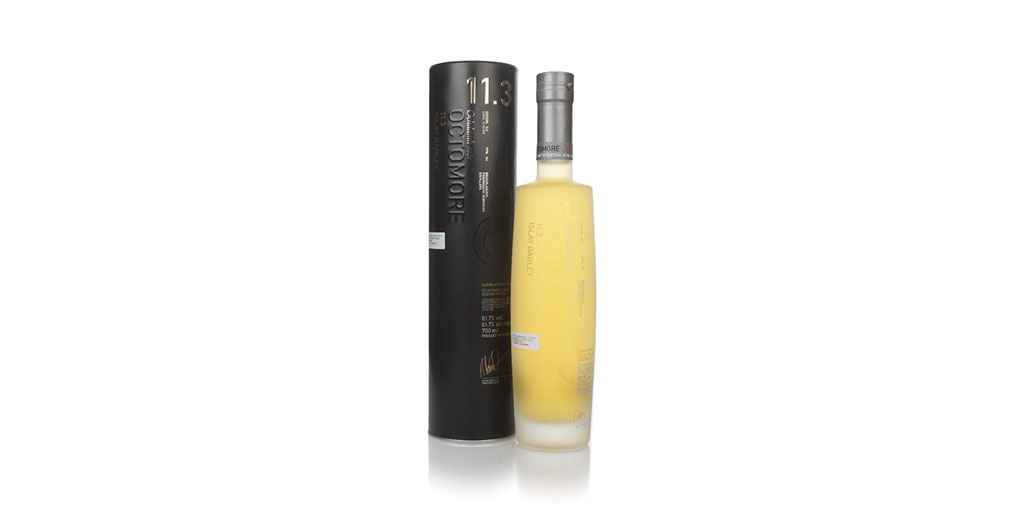