Millie Milliken
No Comments on Making a mint, the Giffard liqueur story

Since 1885, the Giffard family has been making some of the bartending community’s most loved liqueurs and syrups. Millie Milliken travelled to its home of Angers, France, to meet the generations taking the brand into the 21st century

Standing on the almost bare five hectares of land in Chemille where the Giffard family has been growing Mitcham mint for their oldest product, Menthe-Pastille, for the last 10 years, it’s hard to believe that in a few months’ time, this area will be filled with enough of the plant to make the brand’s iconic peppermint digestif.

For a brand with such a rich history, it’s also hard to believe that – while it’s a go-to for bartenders – not more of the British public are familiar with a business that pumps out 60 different liqueurs, from apricot and banana to pepper and peach and around 5 million bottles a year.

Indeed, seeing the inner workings of the distillery where the fourth and fifth generations oversee the making of their liqueurs – not to mention the shiny new factory which turns out 90 syrups – even I’m surprised at the sheer scale of this over 200-year-old dynasty.

So, how did a chemist create France’s leading liqueur company? 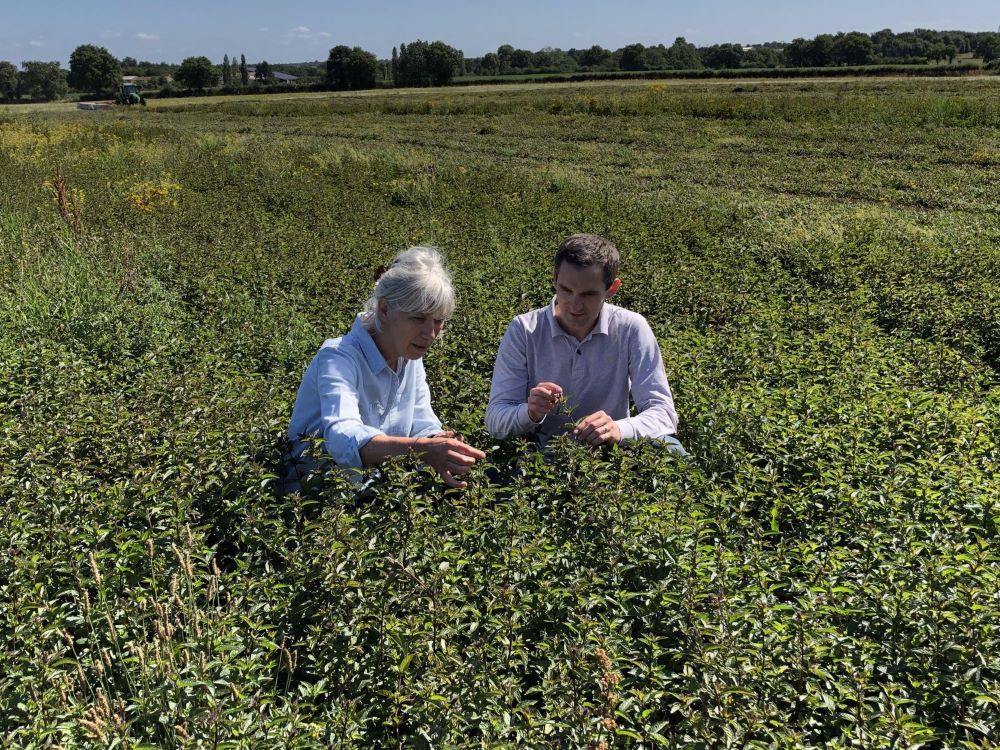 In the distillery’s visitor centre, Edith Giffard, deputy CEO, explains the story of how her grandfather, Emile Giffard, began the family business. Born in 1842, Emile studied to be a chemist in Paris before returning to his home county and setting up his own pharmacy in Angers’ Place du Ralliement. Come the summer of 1885, a heat wave hit the Loire Valley town.

Good timing, as Emile had been studying the cooling effects of mint and making his own mint liqueur. He gave it to the guests of the neighbouring Grand Hotel to help them cope with the heat – its success spurned him on to turn his pharmacy into a distillery and Menthe-Pastille was born.

As was the overarching brand of Maison Giffard, which includes many others from the family within the business. Aside from Edith, her brother Bruno is CEO, his daughter Emillie is sales and brand development manager and Edith’s son Pierre is COO.

The cultural significance of the brand’s original product is clear to see with prints of its vintage advertising posters lining the walls. Some of the art world’s most famous artists, illustrators and animators have depicted the bottle in politically humourous, or striking settings, from ‘the father of modern advertising’ Leonetto Capiello, to Paul-Michel Foucault, Eugène Ogé and Ferdinand Mifliez.

The family brought Mitcham mint, which as its name suggests is originally from Britain, to France and work with a local farmer to grow this crucial ingredient. Harvesting takes place in July when the plants are cut at the base and left to dry on the field (important considering they are steam distilled) before being distilled all in one go. Its continued popularity is evident as I spend a couple of days in the area – with most restaurants I visited listing it as a digestif on their menus. 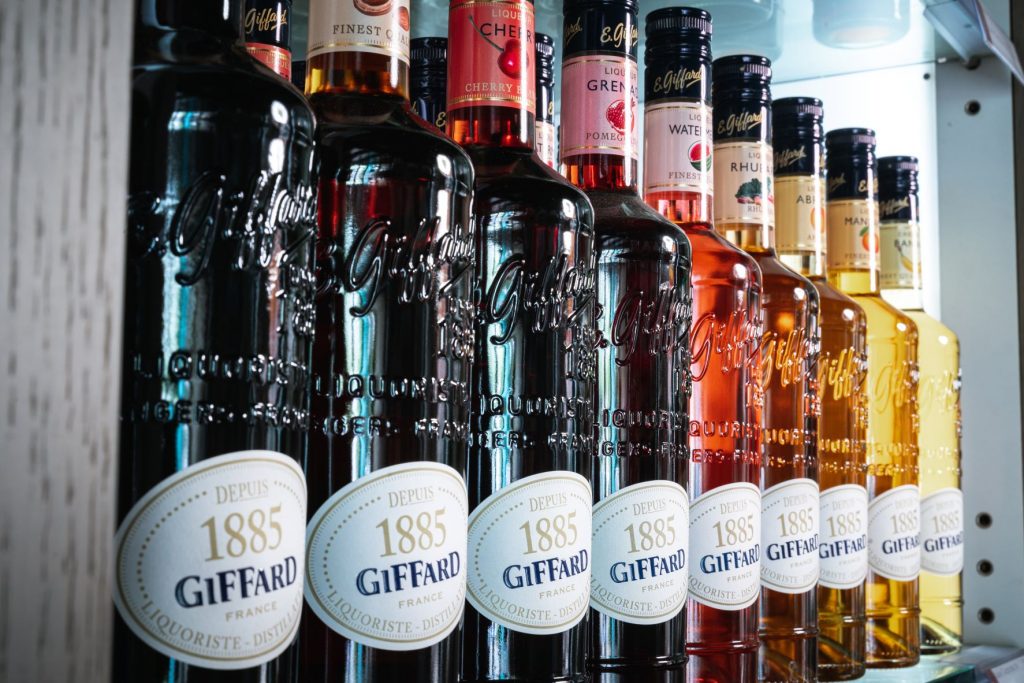 There’s more than mint in the Giffard range

Of course, Menthe-Pastille is only one part of the story. Giffard makes 60 different liqueurs based on fruits, spices and weird and wonderful flavours (including bubblegum).

Watching the distillery in action from the viewing gallery, Edith explains the different processes each ingredient must go through before maceration or infusion (it differs depending on the fruit) in order to create the final liquids: cherries are processed with their stones, elderflower and rose are dried before infusion while mint is kept fresh. Across the board, when it comes to their fruit liqueurs, the entire fruit is used rather than just the juice to make the most of their aromatics (incidentally, when it comes to making their syrups, it’s the opposite).

As well as its classic range, the family decided to launch a premium arm to its liqueur offering inspired by a trip to the UK and the flavour profiles bartenders needed behind the stick. Favourites have to be the premium range’s Banane du Bresil (which I’ve already waxed lyrical about in a banana-themed article) and smacks of caramelised and buttery banana; Cassis Noir de Bourgogne using blackcurrants from Burgundy and an absolute no brainer for a Kir Royale (mixed with Champagne); and the Abricot du Roussillon, made by macerating Rouges du Roussillon apricots. The core range has plenty of standouts too: Crème Fraise de Bois, bursting with wild and grassy strawberry notes; Crème de Violette, perfect for using to make Aviation cocktails; and Poire William, infusing William pears with Poire William brandy. 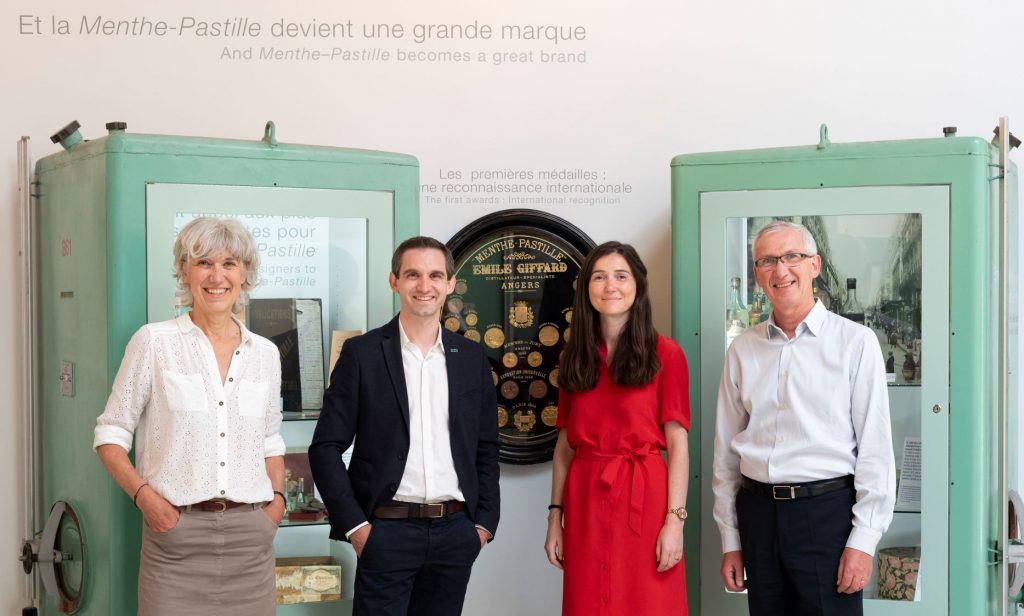 As well as creating new and exciting flavours in their liqueur range, the Giffard’s are also bringing the syrup side of the business (which began in 1992) into the 21st century. In 2017, it began operation in a new facility complete with a solar panel, water reuse system and plans to reduce the weight of its glass bottles, reducing it by a whopping 400,000 tonnes in the process. Marketing director Romain Burgevin tells us that plans to do the same for the liqueurs are in motion for 2023.

Giffard also works hard to engage with the global bartending community. It celebrated the relationship between art and drinks with two books chronicling UK and Southeast Asian bartenders’ stories behind their tattoos, while the 2022 round of its annual West Cup competition is underway with bartenders across 17 countries invited to enter.

Considering the origins of the Giffard brand, born in a small pharmacy in France’s Loire Valley, its ability to still excite bar – and home- tenders is testament to its dedication to capturing and bottling flavours in all their complexity. Next time you find yourself in hot climes, think about prescribing yourself a dose of Menthe-Pastille.

Click here to browse the Giffard range at Master of Malt.

Cocktail of the Week: The Rob Roy