As the global brand director of Absolut Elyx, Miranda Dickson is the creative brain behind the luxury vodka expression. You might not know it, but she’s the reason we’re all obsessed with sipping drinks from its copper pineapples (or is that just us?) Ahead of International Women’s Day, Sunday 8 March, we talk about female empowerment in the drinks industry…

Not many people could be regarded as a vodka expert on an international level, but Miranda Dickson is unquestionably one of them. Beginning her career with one of Europe’s leading vodka bar groups,she was enamoured with the category from day one. All those hours spent researching the spirit and running educational programmes for her staff at Revolution vodka bar in Manchester that Dickson earned a unique job title, ‘Vodka Princess’, which eventually led her to join the Pernod Ricard group in 2005 as Wyborowa’s global brand ambassador. Dickson was quickly promoted to head of global education and joined the Absolut family in 2010, where she went on to establish the Elyx Boutique, developing super-Instagrammable drinking vessels, barware and apparel made from the brand’s striking signature copper. We took five with the industry legend, below, to talk bartenders in gorilla suits, tiny Martinis, and female empowerment… 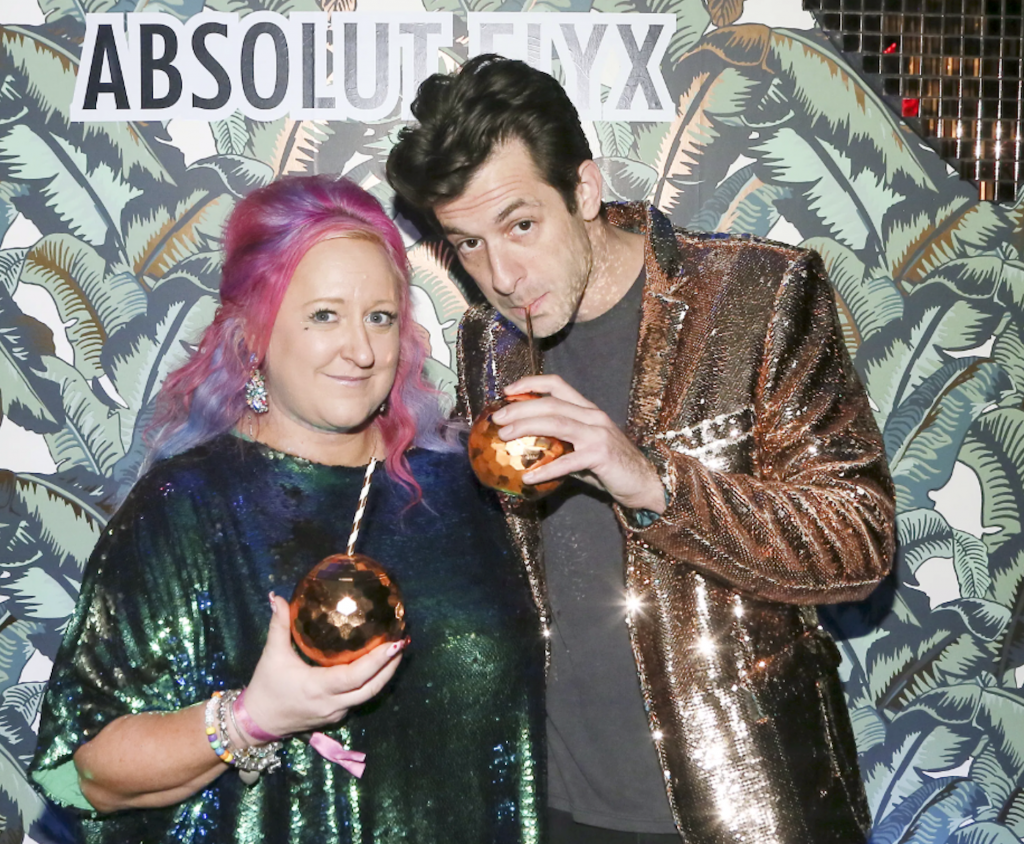 Master of Malt: Great to speak with you, Miranda! First of all, when and where did your love of all things vodka begin?

Miranda Dickson: Vodka was always my spirit of choice, and in the mid-nineties, everything cool was Absolut. I was introduced to Paul Newman, the Absolut guy in the north west of England. He bought us the coolest Martini glasses to use in the bar I worked in, and we started serving lots of fruity, lurid-coloured Martinis, as was the craze. In 1997, I moved to manage the Revolution vodka bar in Manchester and from there my love grew. We had over 100 different vodkas behind the bar and I took it upon myself to find out the backstory of the brands – a journey that took me to Poland, Finland, Russia, Iceland, the US and, of course, Sweden. Before I knew it, I’d been crowned ‘vodka princess’ by my boss and my role expanded. I curated all the cocktail programming, menu designs, vodka purchasing and educated staff for 38 busy cocktail bars in the UK. I also wrote three books about vodka.

MoM: What do you love the most about your role as global brand director?

MD: It’s such a privilege to work on Absolut Elyx. The vodka itself is just delicious, it speaks for itself and I’m not just saying that – it really is exquisite. To be part of the house of Absolut, which has such a rich heritage and history in popular culture, and so many really great stories and incredible creative collaborations, is such a pleasure. I have real creative empowerment and freedom with Elyx and have been allowed to explore and test new strategies and ideas with my team which is something I am very grateful for.

MoM: If there was such a thing as a ‘typical’ day at work, what might it look like?

MD: There is never a typical day! My life is sometimes super-glamorous and I travel a lot. Part of my role is to be present in the trade and sample delicious Elyx cocktails, so I spend lots of time on planes. But most of the time my mornings start at 5.30am on video calls with my team, who are based all over the world but mainly in Sweden. The afternoons are spent meeting people and catching up on projects. When I’m not travelling, I try to be in bed by 9pm with chamomile tea and Netflix! 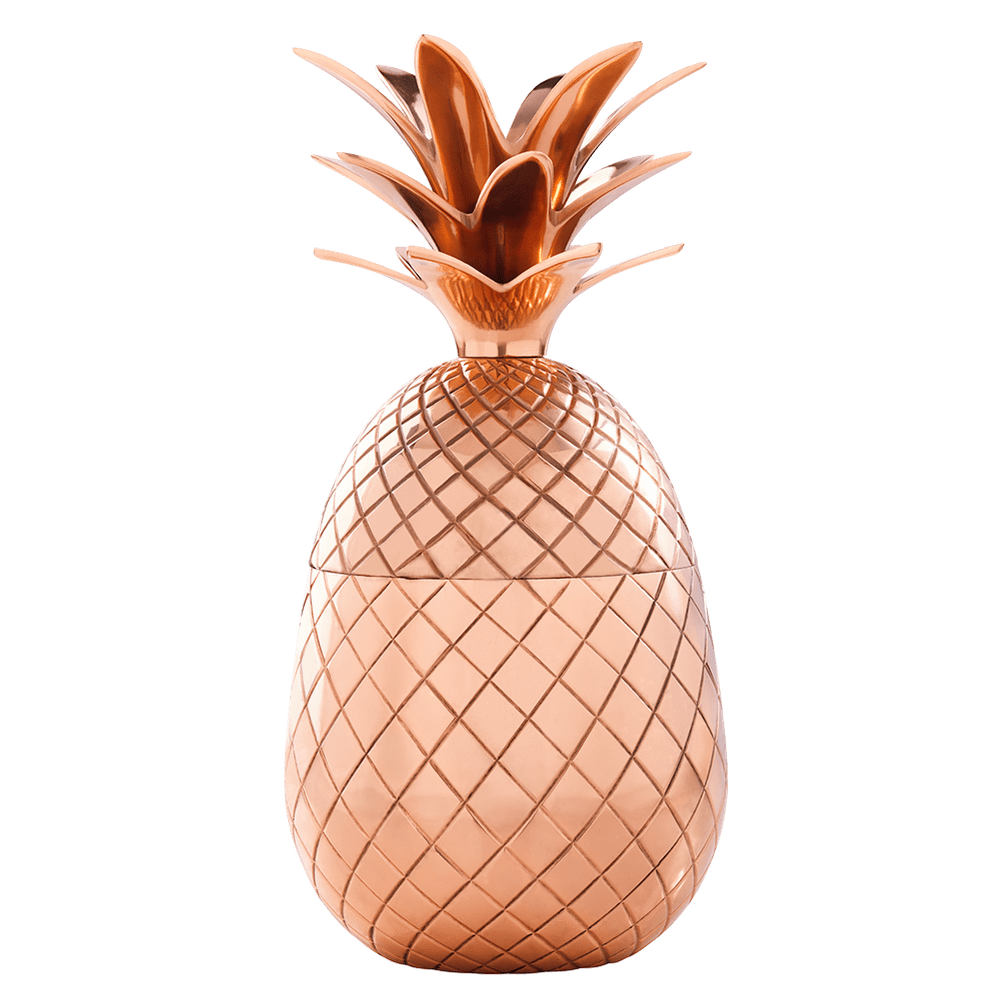 MoM: When it comes to gender equality, where is the drinks industry excelling?

MD: We are starting to see a real emergence of female empowerment in our industry now. Gone are the days when girls were barmaids and waitresses. Today there are so many incredible female bartenders. Monica Berg – a dear friend, and really a superstar pioneer in our business – has pretty much cleaned up this year at drink industry awards all over the world. The industry is increasingly more observant and open-minded now too, and more supportive around female challenges in the workplace in general.

MoM: On the flipside, where is there room for improvement?

MD: I think women in general should treat each other better. I don’t think it’s confined to any specific industry, but what I do see is a lot of women who like hanging with the ‘guys’ and aren’t supportive of each other, and that’s a shame. If we stuck together – and I mean really stuck together – we’d be unstoppable.

MoM: What has been the proudest moment in your career so far?

MD: The second year of the ‘Garden of Elyx’ at Tales of The Cocktail in 2015. We were previewing cocktails in copper pineapples, Alex Kratena and Simone Caporale took guests through a curated drinks experience dressed as gorillas… and the general mayhem of Tales. Three people – considered luminaries of the drinks business – said ‘Wow Miranda, what you guys are doing with Elyx is just amazing, I never thought anyone could make vodka relevant again and get people interested. Look what’s going on here – everyone just loves Elyx, you guys are really shifting things up a notch’. It was then I knew our approach to the trade was the right one, and that was a great feeling.

MoM: Tell us about any campaigns or projects you’re working on at the moment?

MD: I’m actually working on Tales of the Cocktail now – in my role I’m also responsible for all the trade and advocacy programming for Absolut Vodka, so [Tales planning] is across both brands. I’m also working on a global ‘On The Road’ education programme for the brands, as well as a new approach to how we host people in Sweden. Then, of course, curating new items for Elyx Boutique and also getting ready to launch the Elyx partnership with [summer lifestyle brand] Sunnylife. 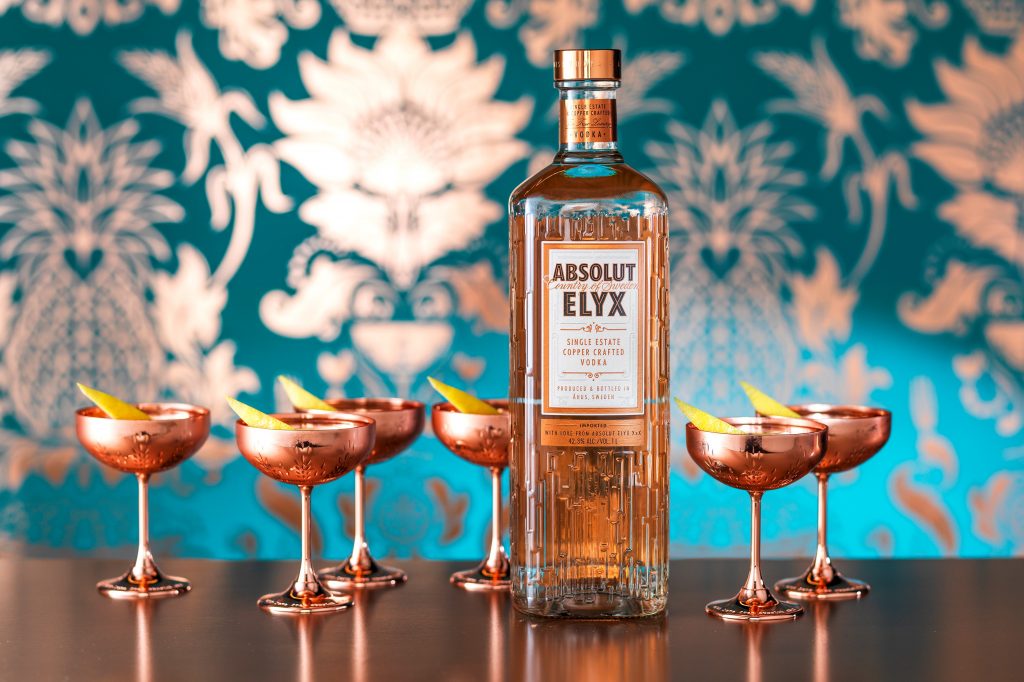 MD: Tiny tini Martinis. The Martini is the undisputed king of cocktails, and we believe one of the most delicious cocktails to enjoy the true character, taste and sublime texture of Elyx. Enjoying them in smaller 85ml serves ensures they stay icy cold and truly delicious throughout.

MoM: Do you have a favourite bar, and if so, what’s your order?

MD: My favorite place to sip Martinis, soak up the atmosphere and watch the crowd has to be the Chateau Marmont in Los Angeles. It’s the greatest place to start or end an evening – or spend a whole night! My order has to be an ice-cold Elyx Martini: 50/50 with Absolut Elyx and Lillet Blanc, and a generous lemon twist.

MoM: What advice would you give to anyone looking to get into the industry?

MD: Keep the passion. It is tough, especially if you’re a woman in this industry, but isn’t it tough in many professions? For me, that passion gets me up in the morning and gives me energy. Stay true to what you think, rise above the noise, and most of all, have fun and enjoy it.