Durham Gin: masters of the cask

Henry Jeffreys
No Comments on Durham Gin: masters of the cask

We talk beards, barrels and botanicals with Jon Chadwick at the Durham Distillery, the firm that makes (some of) the best cask-aged gin in England.

Mixing gin with oak takes skill and patience. Jon Chadwick, founder of the Durham Distillery, has some strong views on companies that don’t do it very well: “You’ve got a lot of cask-aged gins who’ve only been in the cask for a month or two and there’s caramel added to up the colour.” he told us. He went on to describe one, more in sorrow than anger, “the worst thing I saw for a cask-aged gin was an industrial bulk container (IBC) full of gin. They got the barrel, dismantled it and dropped the wooden staves into the IBC, so that the gin was physically in contact with the wood. They hadn’t put the gin into a barrel, they put a barrel into the gin! They left it there for about six weeks, added a bit of caramel and then bottled that as a cask-aged gin and knocked it out at about £45 a bottle.” 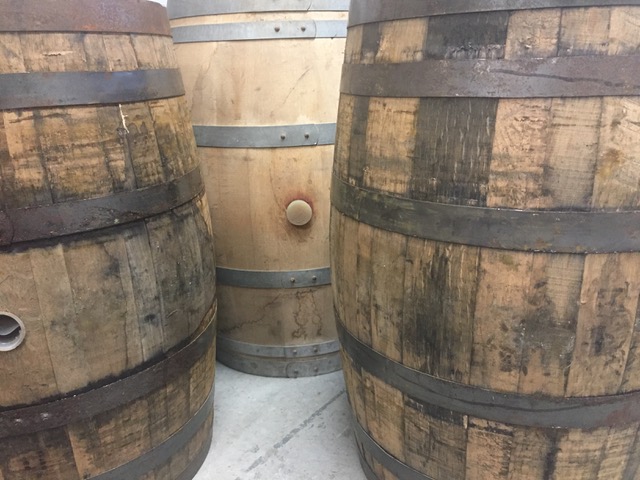 At the Durham Distillery, they put the gin in the cask, not the other way round

There are no such shortcuts at the Durham Distillery though, oddly enough, it was a not particularly good oaked gin that inspired him in the first place. “I first drank a cask-aged gin in Boston five or six years ago and I’ve got to tell you, it wasn’t great.” Following a career in the civil service, he was taking a break exploring American micro-distilleries on the East Coast while his wife worked at MIT in Boston. The seed of an idea was planted. “The original concept was to take the same sort of business model that Bully Boys had done in Boston. It works well in college towns, next to Harvard, Yale, Stanford, or Brown, for example,” he told us. Being from the north east, Chadwick went for Durham: “Durham is like the Harvard or Yale of England,” he said, “big university, very posh, very old, striped scarves, you know, rowers on the river, things like that.”

The distillery, however, isn’t quite so Brideshead Revisited. The firm has just moved to a new premises: “It’s nearly 6000 square feet in central Durham City, about 250 yards down from the cathedral” said Chadwick. “I’m sure you’ve got an image in your head of some historic building [see photo in header]. In fact, it’s almost entirely underground and it’s a former McDonalds.” But it’s an improvement on the last space which was two miles out of the city.

The team has been distilling for six years now and began putting gin (the standard dry gin) in cask just over four years ago, a single bourbon barrel where it remained for around nine months. “We released our first batch about four years ago, it was literally only about 500 or 600 bottles and it went in a blink of an eye,” he said. And so it became an annual thing. Each release since has been different. “We like the idea that people might buy a bottle every year and follow the journey as it develops just as with whisky,” Chadwick said. The current batch is made up of three barrels: “We used two second-fill Jack Daniel’s barrels and a first-fill oloroso sherry cask,” Chadwick said. “And the batch that went into the sherry cask was in for about eight or nine months, but the second-fill Jack Daniels we left in for about 18 months, because it was second-fill. And then we blended them at the end.” 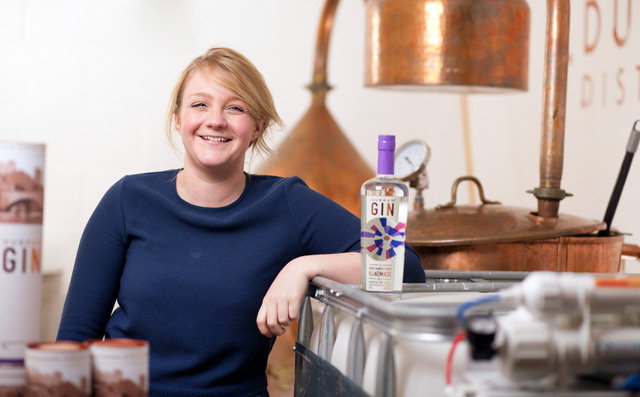 Jess Tomlinson, head distiller and not a beard in sight

The taste is quite wonderful with toasty nutty notes from the barrel and an amazing body and finish. The oak never dominates or masks the botanicals. It’s really very impressive. Chadwick gives all the credit to distiller Jess Tomlinson. “We’ve got a distiller who’s got an exceptionally good palate,” he said. She’s only 30 and has a masters in distilling from Heriot-Watt. “It’s just very different for this industry to have somebody heading up this kind of thing who isn’t a bloke with a beard. The craft spirits industry is still dominated by men with beards,” he added.

Chadwick and Tomlinson are clearly buying great quality casks and they have another advantage over competitors: Lanchester Wines is on their doorstep. “The largest category A bonded warehouse in Western Europe. They bottle more wine than Chianti!” said Chadwick. So they can keep their gin without having to pay duty on it and only need to sell it when it’s ready.

With this mastery of casks, the obvious next step is whisky: “The gin market is very saturated right now and there’s far too much sugary, fruity flavoured gins which we don’t particularly like. The time is right for us to kind of move into making whisky,” said Chadwick. 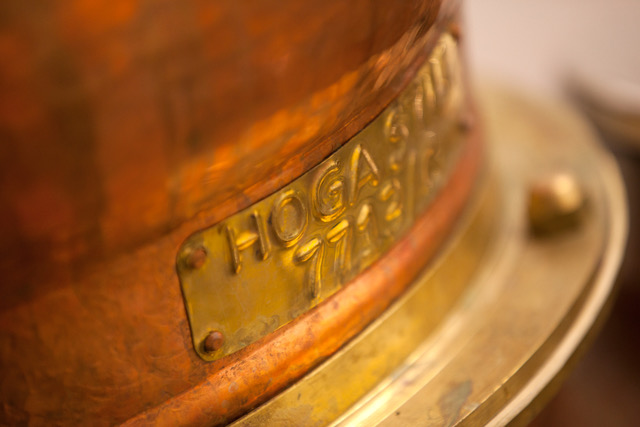 It’s all being done steadily and slowly: “We’re a sensible commercial business growing organically, we’re not a multi-millionaire who is building a whisky distillery and is just going to hire a guy who’s going do it all for them and bill them for 2.5 million quid.” So rather than beating a path to Forsyths, he’s having the stills build in Slovenia. “We’re going to keep our current gin still and we’re going to add two big whisky stills, six fermenters and a big mash tun” Chadwick told us. The wash still will be 1000 litres so still quite small by Scottish standards. The gin still is a  400 litre Hoga with a gin basket run by a Fulton steam boiler.

The equipment is yet to arrive so whisky is a long way off. Fortunately, there’s the cask-aged gin to drink while you wait, a drop that really bridges the gin and whisky categories. How does Chadwick have his? “Either I drink it neat over ice, it’s smooth enough that you can get away with drinking it that way,” he told us, “Or I’ve got some sherry cask-aged vermouth and some Rioja barrel-aged vermouth. An aged vermouth with the cask-aged gin in a Martini – I mean that’s about as good as it gets.” Having tried a Durham cask/ Noilly Prat Martini, I can vouch for that.

Mezcal + poultry = pechuga (it's much nicer than it sounds)