It’s not hard to see why the words ‘trailblazer’, ‘vanguard’ and ‘pioneer’ frequently follow entrepreneur Karen Hoskin, the woman behind Montanya Rum. The values she has instilled at her Colorado Distillery are three-fold: an unwavering commitment to sustainability, a strong voice on female empowerment, and sensational rum.

It was a sip of aged rum in 1989 that led her into the world of distillation. “It just spoke to me,” recalls Hoskin. “I spent the next 20 years learning about rum, how it’s made and the different traditions. I became geeky about rum and sugar cane.” 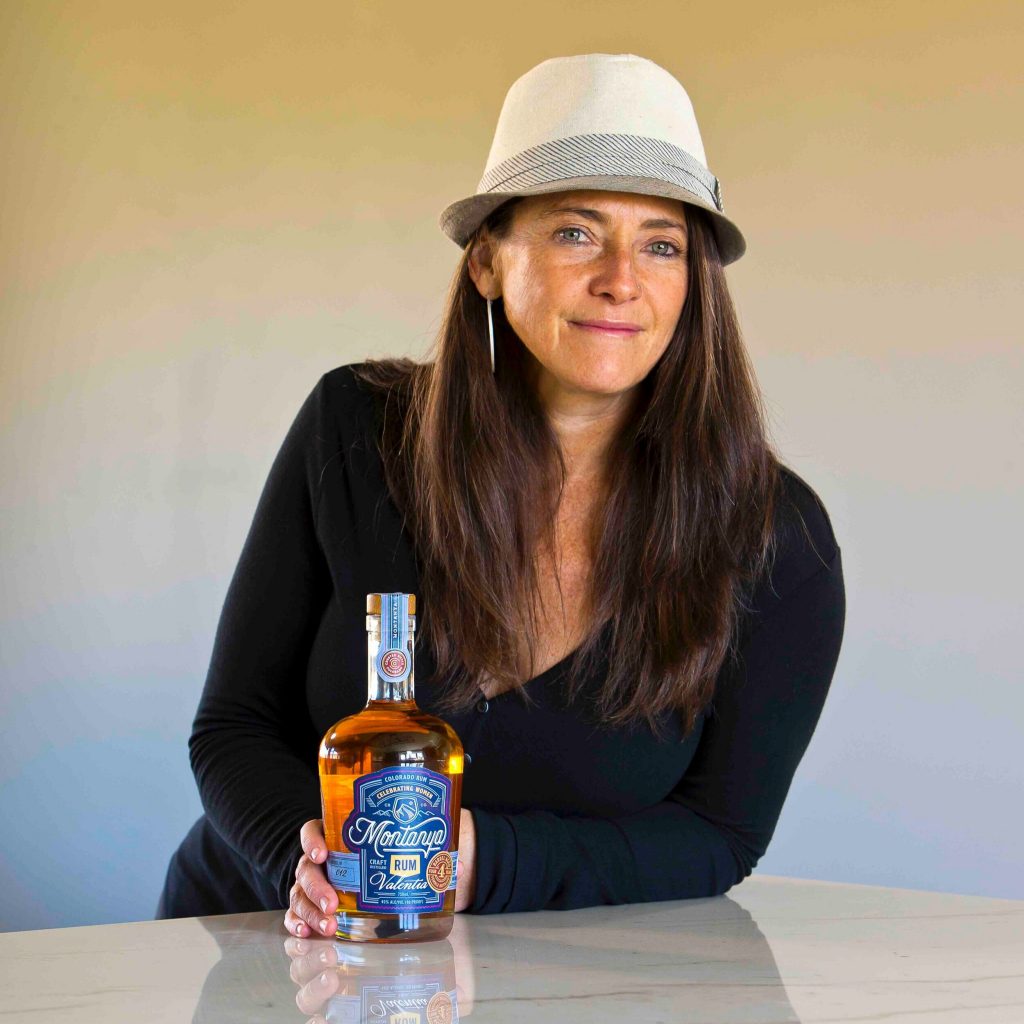 A germ of an idea

But it would be another 20 years (in 2008) until she founded Montanya Distillery, located 9,000 feet in Crested Butte, in the Rocky Mountains of Colorado, with personal savings and no outside investment.

Back then, she was the only female majority owner of a craft distillery in the US, with many assuming she was “somebody’s wife” when attending conferences at the American Distilling Institute. Sustainability in the world of rum was in its infancy, with Hoskin outspoken on the environmentally irresponsible practices of some of the world’s largest rum producers.

Today, Hoskin is not only a leading voice for women in the world of spirits and founder of the Women’s Distillery Guild, but the owner of a B-Corp certified distillery and repeat keynote speaker at the American Distilling Institute.

What’s a B-Corp? “It means we meet the highest third-party verified sustainability, social, philanthropy and employment standards anywhere in the world, and we are ranked in the top 5% of B-Corps” explains Hoskin. “It’s about how we use business as a force for good in the way we handle waste, our supply chain and green energy.” Montanya offsets 100% of its carbon production and is 100% wind powered, while its water is sourced from a snowmelt-fed aquifer underneath the distillery.

Montanya’s pot-distilled “Mountain Rums” are well decorated too. In 2015, its Platino won ‘World’s Best White Rum’ at the World Rum Awards in the UK. In 2017 its Oro won USA ‘Rum of the Year’ at the Berlin International Spirits Competition.

The origins of mountain rum are rooted in Central and South American countries including Colombia, Guatemala and Nicaragua, which is where Hoskin’s approach to distilling originates. Altitude is the key factor, with rum aged in cool mountain top warehouses allowing for a long and slow ageing period, compared to the rapid tropical ageing in a hot and humid climate, such as the Caribbean.

Hoskin never adds sugar to her rums and only uses sugar cane grown at a family-owned farm in Louisiana, which also upholds her high standards on sustainability (no chemical pesticides, no cane burning in the field, a biomass operated mill) and is also non GMO. She takes it in two forms; dehydrated granulated cane and molasses, then puts it “back together again” at the distillery.

“Some people say Montanya is reminiscent of an agricole rum, which is made from fresh-pressed sugar cane juice, and that’s because I’m using 100% of what’s in the sugar cane, minus the water and solids (known as bagasse).” 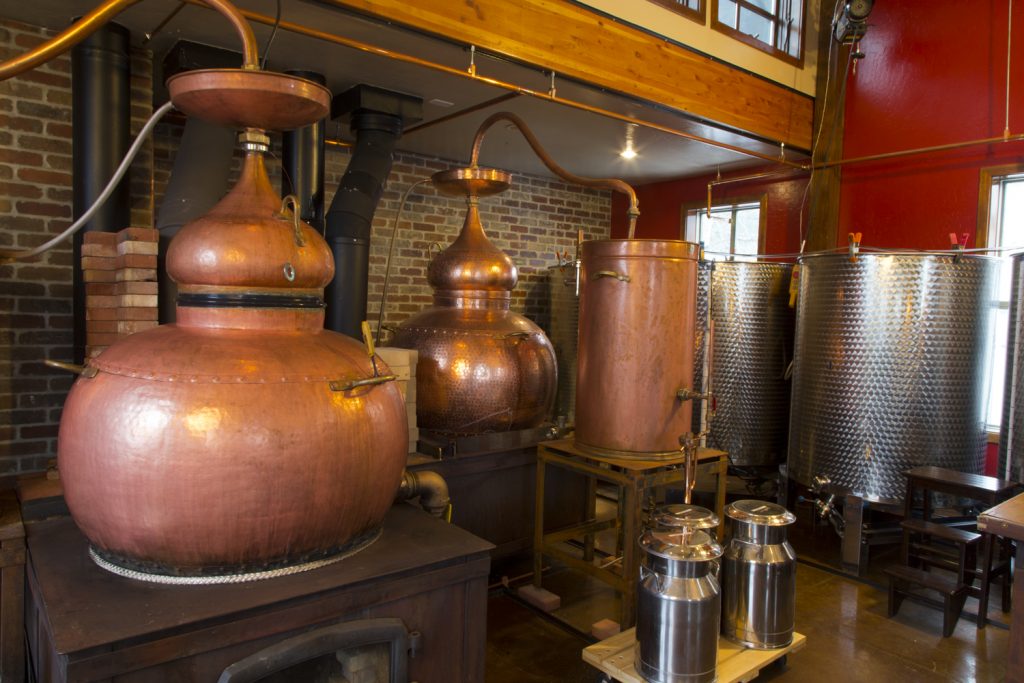 The stills at Montanya in Colorado

What makes a Montanya rum?

Montanya’s four single barrel rums – Platino, Oro, Exclusiva and Valentia – are distilled in small batches in copper pot stills and aged in American white oak ex-whiskey barrels. They are differentiated through their length of ageing and cask finish.

Platino spends 12-18 months in a cask previously used to age Montanya’s Oro rum. It’s then filtered through a coconut-husk charcoal filter to remove the colour. The result is a bright, light and clean rum with notes of biscotti, cream soda, cardamom, coffee, vanilla, pepper, bell pepper, chilli pepper and a little spice.

“In the rum world you see an 8 or a 12, but that might only be a small portion of what’s in the bottle,” says Hoskin. “This is a single barrel rum which means it’s 100% of the age we say it is. I can’t cheat and add other rums to correct anything. I leave it in the barrel until it has the characteristics that I want.”

The Oro spends 12-18 months in an ex-whiskey barrel. “Most of that character of the barrel is going into the Oro. While the Platino is a little brighter, lighter, cleaner, the Oro is darker, richer, oilier and a touch sweeter because of the contributions of the whisky.”

Expect red chilli, coffee, caramel, vanilla, pineapple and chocolate. “Pineapple is about as fruity as we get in our tasting notes,” says Hoskin. “A lot of Caribbean distillers are producing esters associated with fruit. We tend to be more associated with rich, baking flavours.”

Exclusiva is aged for three years in American oak, with its final six months in an ex-Port and Cabernet Sauvignon French oak barrel. It finishes a little drier and “more tannic” than most rums in general, says Hoskin, with notes of cinnamon, honey and vanilla. 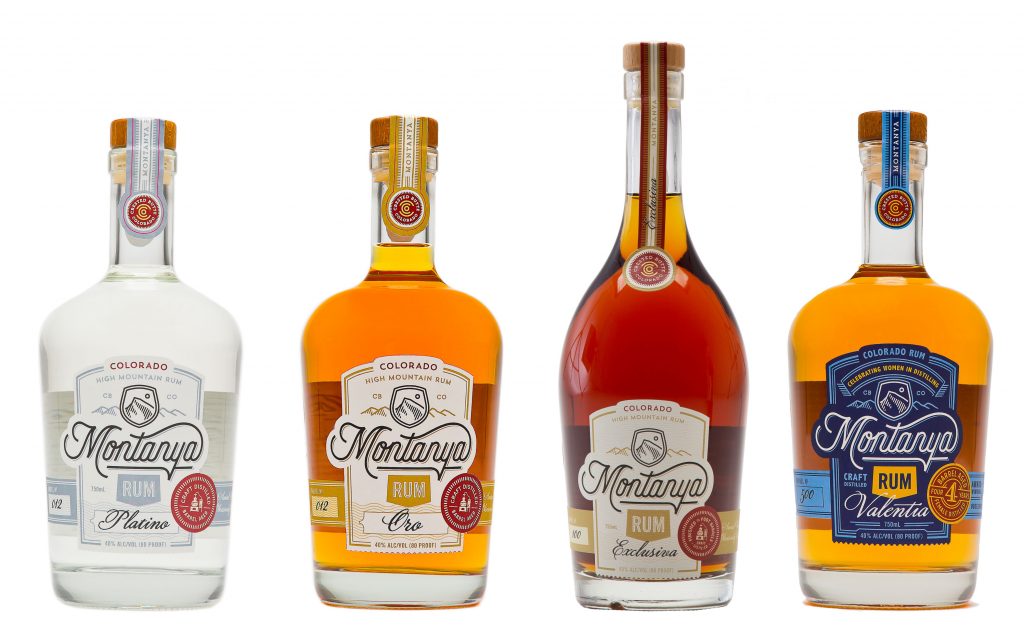 An ode to women

The final bottling, Valentia, meaning courage or grit in Spanish, is touched by women at every step, from fermenters and distillers to bottlers and bartenders. It’s an “ode to what it took to overcome the barriers in the business” says Hoskin, and a celebration of the progress made by women in rum.

“It’s sad that we even have to talk about the fact that we are women in this industry, but if we don’t women don’t see it as a viable career and we just reinforce the absence of women,” explains Hoskin. “Elevating and making visible women in the business who are thriving attracts more women to the business.”

Aged for four years in American oak, it’s final 6-12 weeks are spent in an ex-rye barrel from Catoctin Creek, Virginia. This rum is mellow, smooth and all about vanilla, cardamon, ginger, honeysuckle, white flowers and spice.

Not the next big thing

Right now Hoskin is working on getting her rum in the hands of fans around the world, not turning it into ‘the next big thing’.

She explains: “10 years ago I was sitting in 67 Colebrook Row when it won best bar in London. They get out of the awards ceremony and everyone mobbed there. It was this small intimate setting and within 30 minutes the entire demographic shifted. Everyone wanted to be at this hot bar and it lost its je ne sais quoi. It would be my dream that rum never gets its day. I would love for it to be a place for connoisseurs; it doesn’t need to be for everyone. Just for people who have a reason to fall in love with it.”

Montana rums are available from Master of Malt. Click here for more information.