Cocktail of the Week: the Vermouth Spritz

Henry Jeffreys
No Comments on Cocktail of the Week: the Vermouth Spritz

This week we’re celebrating the arrival of Routin Rouge at Master of Malt with a cocktail so simple that’s almost impossible to muck it up. It’s the Vermouth Spritz!

Today’s cocktail is inspired by the arrival of a classic brand of vermouth at Master of Malt. Called Routin, it comes from Savoie which had us wondering why the two great centres of European vermouth production are Turin in Northern Italy and Chambery in Alpine France? Ever wondered that? No? Well it’s because they both used to be in the same state which was ruled by the house of Savoy. It included Sardinia, Savoy and Piedmont.

Chambery and Turin were under the same rule from the 13th century until the mid-19th century. Much much longer than the modern state of Italy has existed which only came together in 1860. In exchange for French help expelling the Austrians, conquering and uniting all of the Italian peninsula, Piedmont ceded Savoy and Nice to France. 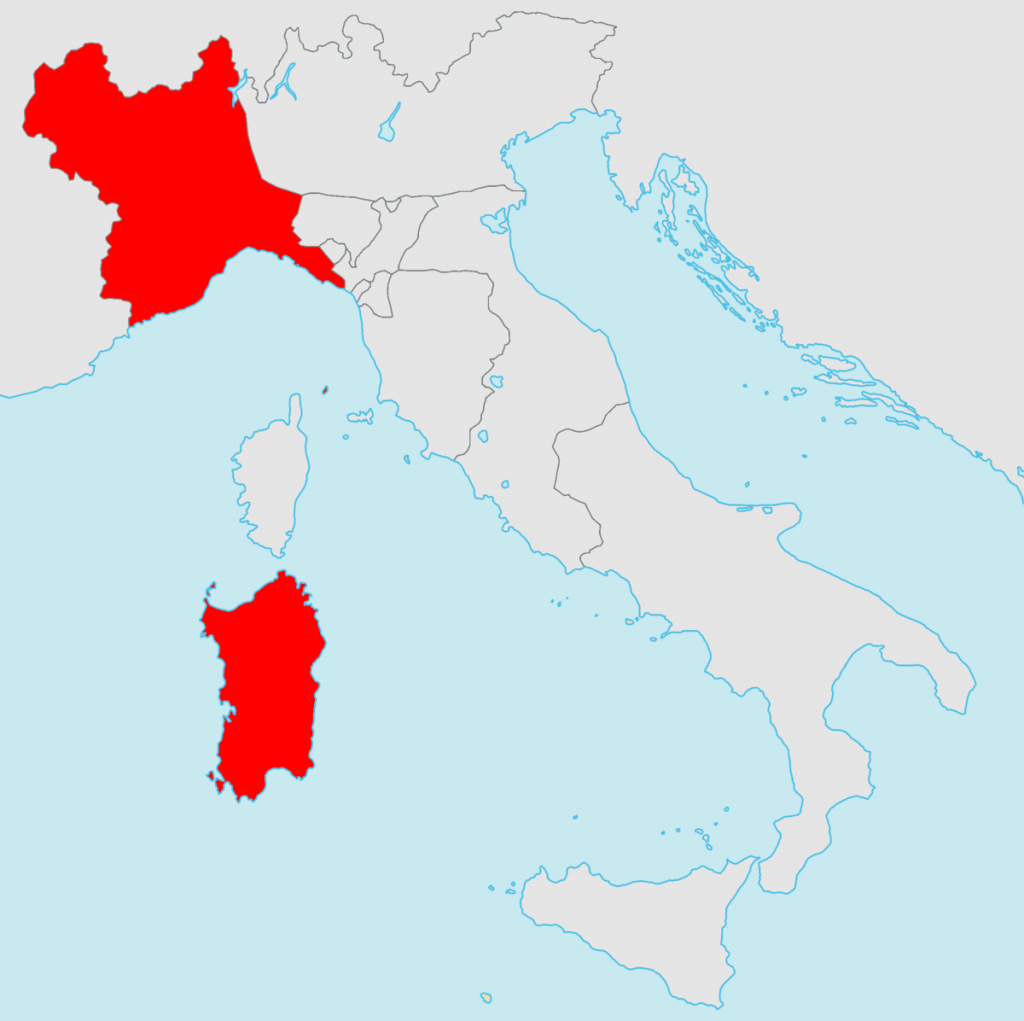 The old Kingdom of Sardinia

The commercialisation of vermouth

People had been flavouring wine with wormwood (wermut in German) for hundreds of years. But it was a Piedmontese by the name of Antonio Benedetto Carpano who is credited with creating something like modern vermouth in 1786. In this little corner of Europe vermouth was turned into a consistent product with names like Martini and Cinzano in Turin, and Dolin and Routin in Chambery. But while the Italians have become global brands, their cousins on the other side of the Alps have remained more low-key.

Routin was founded in 1883, around 20 years after Savoy became part of France, by Philibert Routin. At one point there were many vermouth producers in Chambery, the capital of the region, that it had its own Appellation d’Origine Contrôlée (AOC) rather like Bordeaux or Burgundy. But by the late 20th century, there were only two producers left, Dolin and Routin, and the AOC lapsed. 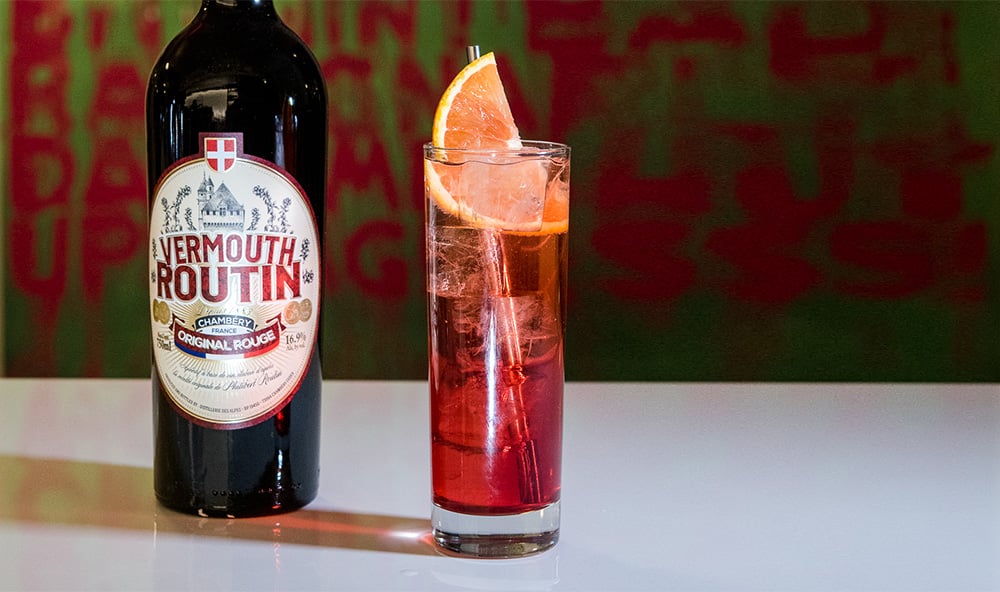 Like its Italian cousins, Routin comes in three varieties, blanc, dry and sweet. This week we’re concentrating on the sweet rouge version. It’s made at the Distillerie des Alpes from 24 botanicals including coriander, vanilla beans, cloves, lavender and, of course, wormwood with local wine made from Jacquere, a grape variety native to Savoie, Sauvignon Blanc, and neutral alcohol. Part of it is aged for six months in wooden barrels and then blended with unaged vermouth.

It’s a delicious full-flavoured sweet vermouth that’s worth putting in a cocktail that shows it off to the maximum. So we’re making a Vermouth Spritz. We’re using a Cremant de Bourgogne but Cava or a cheaper English sparkling wine would be delicious too. Or you could just use soda water. Oh and if you don’t have any Routin, any decent sweet vermouth will do.

How to make a Vermouth Spritz

Fill a large wine or Highball glass with ice, add the vermouth and sparkling wine, stir gently, top up with soda water and drop in a slice of orange. Voila! Couldn’t be simpler.