Cocktail of the Week: The Mai Tai

Henry Jeffreys
No Comments on Cocktail of the Week: The Mai Tai

Today we’re delving into the history of the most exotic cocktail of all, the Mai Tai, and tasting a version made with a recreation of a legendary Jamaican pot still rum.

Trader Vic’s might be the most incongruous bar in London. Descend the steps beneath the 1960s hideousness of the Park Lane Hilton and you’re suddenly in a tropical wonderland surrounded by bamboo, Polynesian masks and more rum than you can shake a stick at. I was there to learn about the Mai Tai with Paul McFadyen from Plantation Rum, who also runs his own tiki bar in Notting Hill called Trailer Happiness.

McFadyen said, “every bar should be about escapism, but escapism is central to tiki.” He described Trader Vic’s in London as “hallowed ground”, the first one built outside America. The original Trader Vic’s opened in Oakland, California, in 1934, and quickly spread across first the US and then the world. McFadyen described the tiki style, a peculiar mash-up of Caribbean, Polynesian and Californian cultures, as “going on holiday without having to leave the US.”

Tiki and indeed Trader Vic’s have had some hard times since then: the legendary Beverly Hills branch closed its doors in 2007. And, according to McFadyen, the London one was unloved as recently as four years ago. With badly-made drinks and a poor selection of rums, it was mainly frequented by insalubrious figures. 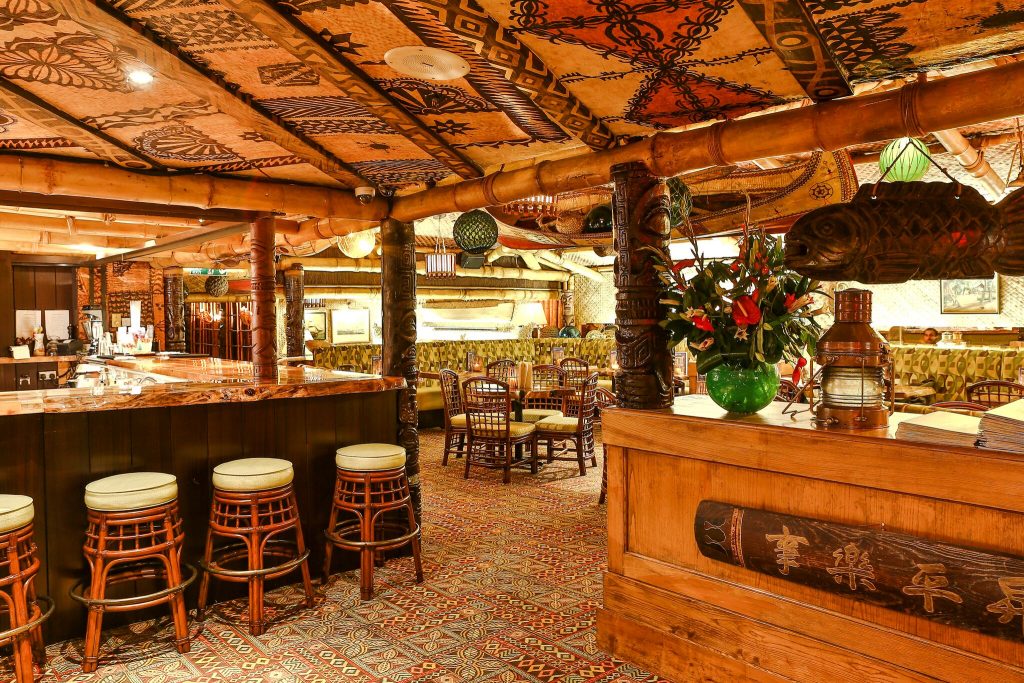 The Mai Tai too has seen some hard times. It was created by the Trader Vic aka, Victor Jules Bergeron Jr. in the 1940s. McFadyen described it as, “the most bastardised cocktail in the world, it became a synonym for tropical.” Your Mai Tai might be red or blue, made from a pre-made mix and tooth-rottingly sweet. So it was with some trepidation that I tried one knocked up by one of the team at Vic’s, Enzo, resplendent in a Hawaiin shirt. I was surprised by how fresh and clean it tasted with the quality of the rum shining through. “The original Trader Vic’s Mai Tai was very paired down. It’s basically a glorified Daiquiri with Curaçao and orgeat syrup in place of sugar”, said McFadyen. The Mai Tai and Trader Vic’s are back!

Enzo used Plantation Xaymaca rum. Vic’s original would have used another Jamaican rum, J. Wray & Nephew 17 year old. It is no longer made and much in demand from collectors; an original bottle went at auction in 2007 for £26,000! Both McFadyen and Ian Burrell, the rum expert who was also there, have tried the original rum but it’s very unlikely us mere mortals will ever get a sniff of it.

Alexandre Gabriel from Maison Ferrand (the company behind Plantation Rum) has come up with the next best thing: a limited edition Jamaican rum blended to taste like the original called The Collector. It’s an 18-year-old pot still aged in bourbon casks and Cognac barrels. Only 999 bottles have been filled and you can only buy one (customers are limited to one each) from  Maison Ferrand HQ, Château de Bonbonnet in Cognac, for a very reasonable £143. I tried a little of it neat and it was not quite what I expected, not a high ester bruiser but more like an old expression from Appleton Estate. Very elegant. 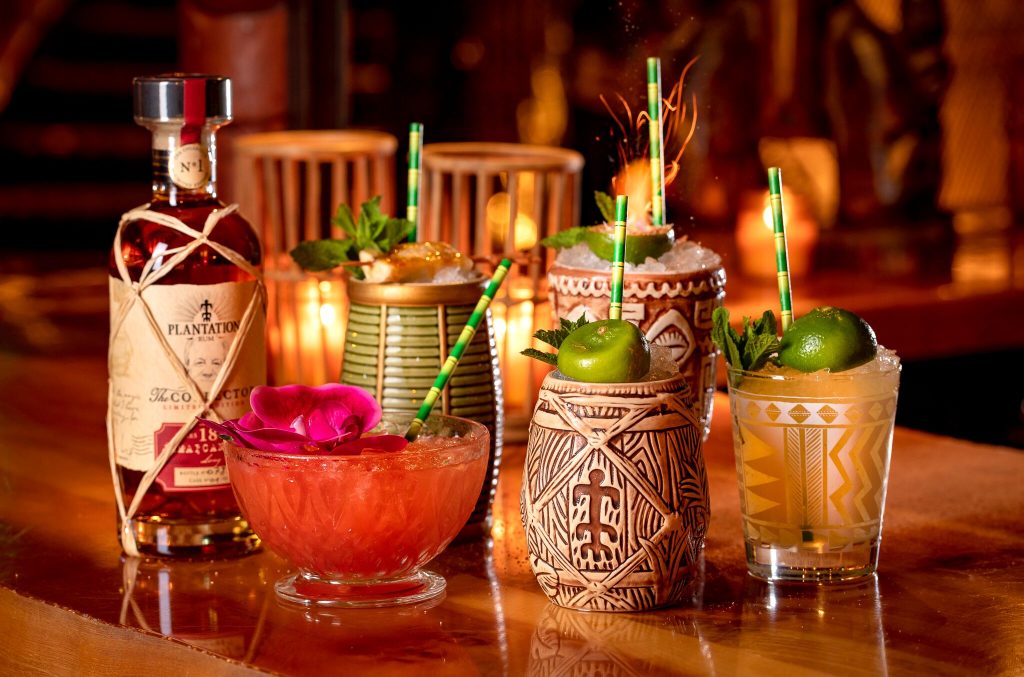 Tiki cocktails with the Collector rum on the left

Enzo then mixed a special Mai Tai using The Collector and a special syrup made from cooked sugar and Barbados rum aged in Cognac casks. How did it taste? Superb: richer and fuller than the standard Mai Tai with that rum taking centre stage. There are apparently only two bottles of this special rum in the country. You can get a chance to try what Plantation has dubbed: ‘world’s most authentic Mai Tai’ on Friday 30th August (that’s World Mai Tai Day) at a special ticketed event at Trader Vic’s. Tickets are £25 and the limited edition Mai Tai costs £44 (in addition to the ticket fee).Tickets can be booked here.

Or you can buy a bottle of Plantation Xaymaca and make a Mai Tai as per McFadyen’s instructions:

Shake the ingredients with ice until a frost forms on the outside of the shaker. Fill a tiki cup (or Old Fashioned glass) with ice cubes and strain the mixture over. Garnish with a lime quarter and a sprig of mint.