Cocktail of the Week: The Hanky Panky

Henry Jeffreys
No Comments on Cocktail of the Week: The Hanky Panky

With International Women’s Day this week, we thought it as good a time as any to look at Ada Coleman, the pioneering bartender who ran the American Bar at the Savoy, and try one of her creations, the Hanky Panky!

Most bartenders don’t get profiles in the London papers when they retire, but then again most bartenders aren’t Ada Coleman. Coley, as she was known, was a bit special. Born in 1876, she began her career at Claridge’s Hotel at the age of 24. Then in 1903, she landed one of the biggest jobs in booze, head bartender at the American Bar at the Savoy Hotel where she remained until 1925 when she officially retired from bartending (though would live a lot longer, dying in 1966 at the age of 91). Her successor was none other than Harry Craddock, who would go on to write The Savoy Cocktail Book. In August last year, Shannon Tebay followed in Coley’s footsteps when she became the first ever actual American to run the American Bar, though we have just learned from the Washington Post that she has stepped down citing a “cultural mismatch.” Which shows how interested the world still is about what goes on at the American Bar. 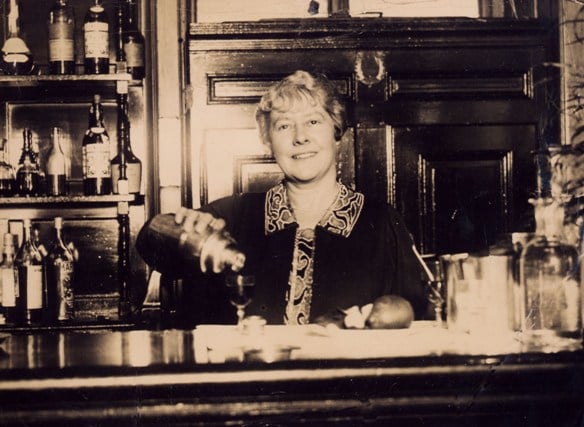 Coley in her element

It is the place that put London on the cocktail map by introducing properly-made American-style drinks (hence the name) like the Manhattan (Coley said that this was the first drink she learned to make) and the Martini to England. It wasn’t just about the drinks, though – Coley’s hospitality was legendary and the bar attracted celebs from around the world like Mark Twain, Charlie Chaplin, and Marlene Dietrich.

Made for Charles Hawtrey, not that one

One such notable was the actor Sir Charles Hawtrey, who was a star of the London stage at the time. He’s not to be confused with the cheeky chappy actor from the Carry On films who took ‘Charles Hawtrey’ as a stage name. His real name was George Hartree. Hope that’s cleared that one up. Anyway, apparently Sir Charles came in one day feeling a bit low and wanted something to perk him up. In an interview with The People newspaper Coley said:

“The late Charles Hawtrey… was one of the best judges of cocktails that I knew. Some years ago, when he was over working, he used to come into the bar and say, ‘Coley, I am tired. Give me something with a bit of punch in it.’ It was for him that I spent hours experimenting until I had invented a new cocktail. The next time he came in, I told him I had a new drink for him. He sipped it, and, draining the glass, he said, ‘By Jove! That is the real hanky-panky!’ And Hanky-Panky it has been called ever since.” 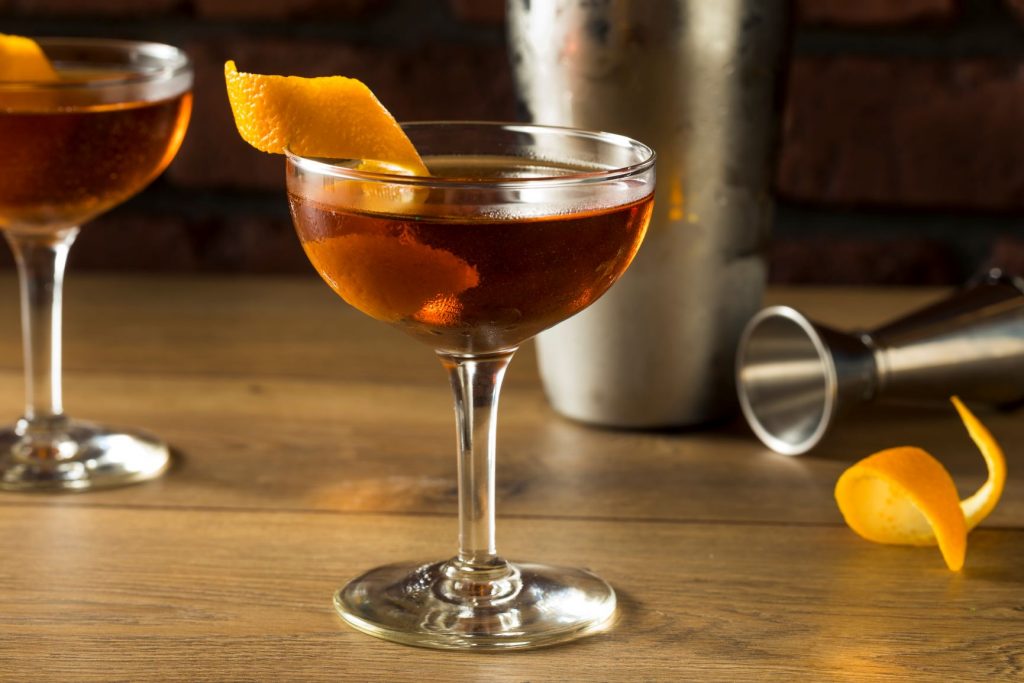 The Hanky Panky in all its glory

The result is something like a sweet Martini, supercharged with Fernet Branca. I’m using good old Bathtub Gin as you want something with a bit of power that isn’t going to get swamped by the Fernet. Vermouth is another old favourite, Martini Riserva Rubina. For the Fernet, I’m using something a bit different, one made in London by those clever chaps at Asterley Bros. It’s a little bit richer and more chocolatey than Fernet Branca but still with enough menthol oomph. One can imagine giving the performance of your life after a couple of these. Cheers Coley!

How to make a Hanky Panky

Add all the ingredients to a cocktail shaker or mixing glass, and fill with cubed ice. Stir for 30 seconds, and strain into a chilled Martini glass. Garnish with an orange twist.