Shannon Tebay: an American at the American Bar

Lauren Eads
No Comments on Shannon Tebay: an American at the American Bar

Last month the American Bar at the Savoy in London welcomed its first ever real actual American head bartender, Shannon Tebay, formerly of Death & Co. in New York. We took some time with her to find out how she’s enjoying one of the most high profile jobs in the business.

Dill and coconut. Passionfruit and fennel. Carrot eau de vie? These are some of the flavour combinations set to appear (word has it) on the new cocktail menu at The Savoy’s American Bar in London.

The iconic bar first opened its doors in the 1890s and was one of the first places to introduce American-style cocktails to Europe. Famous patrons include Mark Twain, Charlie Chaplin and Winston Churchill. While head bartender Harry Craddock’s The Savoy Cocktail Book, published in 1930, has been a bartending bible for nearly a century.

An American at the American Bar

After a temporary closure it is finally set to reopen this month (walk-ins only) and with a new head bartender at the helm: Shannon Tebay. She brings with her a decade’s worth of experience bartending in New York, including seven at one of the city’s must-go cocktail bars, Death & Co.

Yes, she’s an American and a woman; the first American to ever hold the title and only the second woman since the inimitable Ada Coleman, who filled the role from 1903-1926. She’s also an acclaimed bartender with a penchant for painting and pastry who is crazy about coconuts. 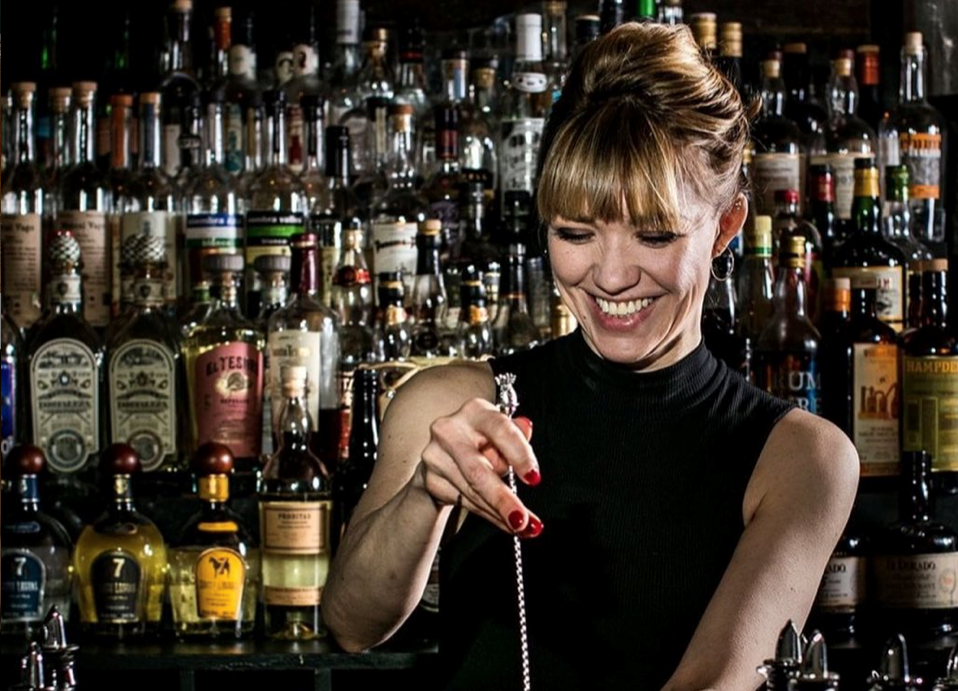 An American at the American Bar, whatever next?

Tebay, originally from New Mexico, first moved to New York in 2010 to pursue a masters degree in painting and drawing but instead fell in love with the epicurean delights of the city. No sooner had she put down her paint brush, she picked up a palette knife, signing up for a course in French pastry at the French Culinary institute. While studying pastry she took a serving job at the Death & Co. cocktail bar. Ultimately, the allure of mixology proved too great and, realising the parallels between the two crafts, decided to pursue a career in cocktails.

“People often ask me if I use my pastry skills in cocktails. I think they picture me brulée-ing drinks but that’s not really the case. What I apply is the craft of precision and consistency, because it comes down to chemistry for it to be successful.”

In 2012 she left Death & Co. to join one of its original bartenders, Joaquín Simó, on the opening of his own bar, Pouring Ribbons. Tebay became head bartender and later general manager. It was during this time that she perfected The Faultline – a Negroni variation comprising aquavit, sweet vermouth, amaro and carrot eau de vie. She later returned to Death & Co., rising to head bartender.

Her approach to cocktails is one of minimalism, working to find ways to “do more with less”, being innovative and taking away “necessary bells and whistles”. That’s evident in her own choice of favourite cocktail (Gin Martini with a lemon twist, if you are curious). So don’t expect any elaborate garnishes.

“I think it requires more creativity to come up with an idea that’s new and unusual using ingredients directly out of the bottle and letting the flavour speak for itself, rather than doll it up with unnecessary elements. I’ve had cocktails where the presentation is elaborate but the drink falls flat. First of all the drink has to be delicious, and then we can build on that, rather than the other way around,” she explained.

So, what can we expect from the American Bar’s new menu? Tebay’s minimalistic approach will be evident, as well as a few signature ingredients that are never far from her reach.

“I like to combine unexpected pairings between fruity and savoury or fruity and herbal. For example coconut and dill is a combo I love, passionfruit and fennel are great together too. I gravitate towards combos that on the surface seem surprising but have an unexpected harmony. I’m always going to have a bottle of pear eau de vie within arms reach. I use it in a lot of things and I adore it on it’s own. And I love love love coconut in any form, coconut liqueur, coconut cream, toasted coconut,” she said.

One of Tebay’s signature drinks is the Catamaran, a gin-based coconut cocktail crafted for Death & Co. It calls for a combination of Bimini  gin and navy strength gin, Aperol, Don’s Mix (a blend of two parts grapefruit juice and one part cinnamon-infused simple syrup), Coco Lopez (cream coconut) and lemon juice, served over crushed ice. Essentially a Grapefruit Colada, she explains. 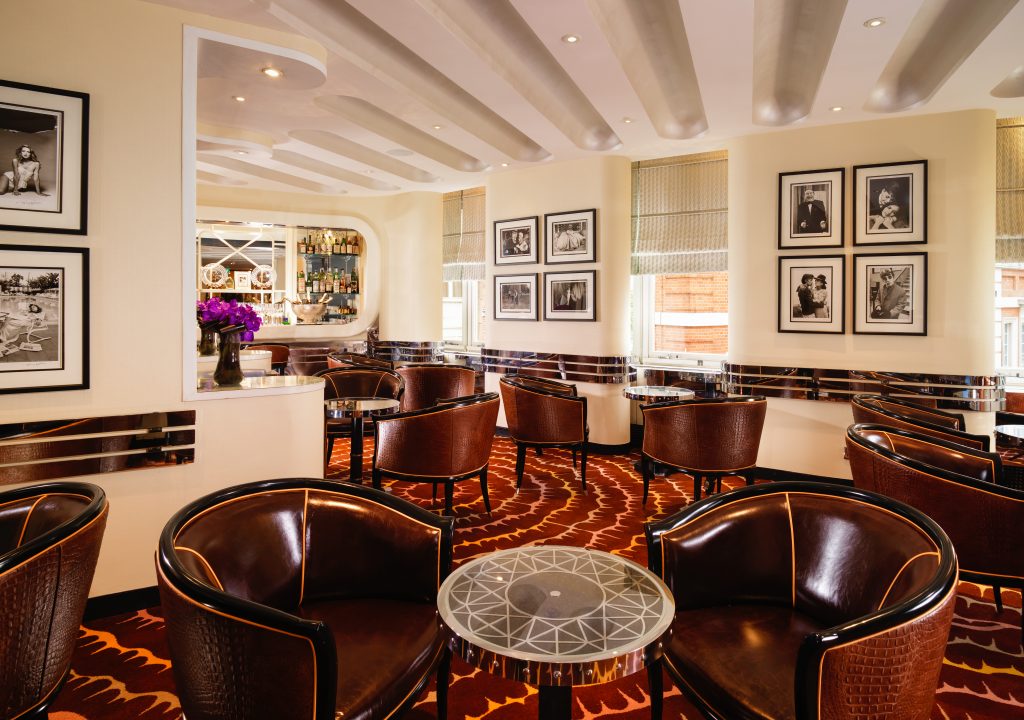 But will she be upstaged by the carpets?

No one should ever feel unwelcome at a bar

She’s also adamant that the new menu will be approachable and innovative, stamping out any pretentiousness, paying homage to the bar’s history but paving the way for a new generation of clientele and staff. This includes a modernisation of bartending culture, with Tebay placing particular emphasis on sustainability and building a diverse workforce.

“The fact is no one should ever feel unwelcome at a bar – it doesn’t matter if it’s a dive bar or the fanciest cocktail bar in the world. I want the menu to reflect that. I want it to be approachable yet interesting and the cocktails delicious but not off-putting in their construction or concept,” she said.

The magnitude of the role she’s taking on is not lost on Tebay. How is she feeling about joining one of the most historic bars in London? “You can pick any emotion and I’m feeling it – I am absolutely all of it. Excited, nervous, honoured, humbled and terrified. I know the anticipation for the reopening of the bar is high, and I want to make sure that when we reopen we are delivering at the standard people expect,” she said.

The American Bar is a revered cocktail institution so steeped in history and grandeur that it can seem intimidating. This feels like a new chapter – one that’s starting with a fresh, female and (for the first time) an American, lead. And that’s pretty exciting.

Cocktail of the Week: the Gin and Juice