Henry Jeffreys
No Comments on Cocktail of the Week: the Dry Martini

With World Martini Day coming up on the 18 June, we look at the evolution of the greatest of all cocktails, the Martini. Nowadays, the fashion is swinging back to a wetter style of Dry Martini.

For many years the ultra dry Dry Martini has been king. Think of Noël Coward’s dictum: “a perfect Martini should be made by filling a glass with gin, then waving it in the general direction of Italy.” Hemingway liked a ratio of 15 parts gin to one part vermouth. To properly appreciate a Martini, it was thought that it should be as dry as possible.

But in recent years, there’s been a swing back the other way. Many bartenders are extolling the virtues of a wetter Dry Martini. Even taking things as far as a so-called lunchtime Martini, made with equal parts gin and vermouth, served over ice. No messing about with shakers. It’s a great aperitif.

Far from being innovations, such vermouth-heavy concoctions are actually a return to the Martini’s roots. The drink (probably) evolved from the Marguerite: two parts gin, one part dry vermouth, a dash of orange bitters, and served straight up. The name comes from the Martini & Rossi company which released a dry French-style vermouth in 1900. People began ordering their Marguerites by the vermouth brand and the name stuck. Or that’s the theory anyway, nobody quite knows. The Martini in Harry Craddock’s 1930 Savoy Cocktail Book is a very Marguerite-esque one part vermouth to two parts gin which is really tasty. 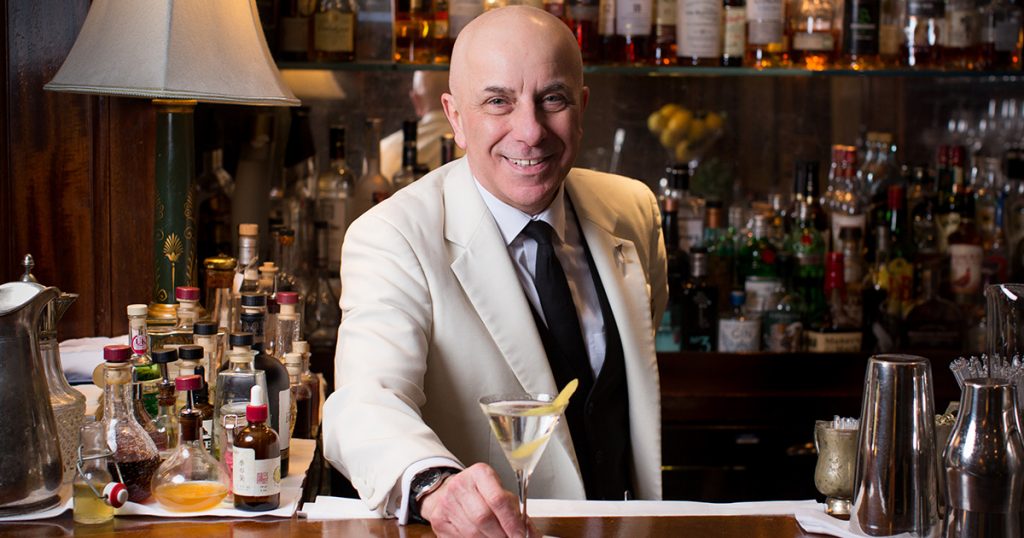 Worth waiting for, a Dry Martini prepared by Alessandro Palazzi

When choosing your gin, remember that there is nowhere for it to hide. In the past week we’ve featured two absolutely cracking Dry Martini gins on the blog: Procera Blue Dot from Kenya, and Gothic Gin from the US. They’re both worth splashing out on but we wouldn’t turn our noses up at Tanqueray, which is what our contributor Nick Morgan favours. He did work for Diageo after all.

When it comes to vermouth, for me, Dolin is king, providing subtle herbal flavours and texture but without masking the gin, though I wouldn’t turn my nose up at Noilly Prat or even Martini Extra Dry. Mr Lyan makes a decidedly old-school Martini with Martini Extra Dry and Beefeater gin (10:3 ratio).

Then there’s the thorny question of the garnish. Alessandro Palazzi from Dukes Bar in London likes to use just a simple peel of Amalfi lemon expressed over the top and dropped in the glass. I hate to disagree with Signore Palazzi over anything but I find this too lemony and much prefer an olive or three in my Martini. In contrast, another bartender Ryan Chetiyawardana, aka Mr Lyan, likes “extra everything, extra vermouth, orange bitters, twist and olive! Even a dot of absinthe”. A twist and an olive. Why not? Who cares what anyone thinks? It’s your Martini.

When it comes to serving, the Martini glass is the classic, obviously, but we think using a Nick & Nora or a vintage Port glass is even more stylish.

Make sure everything is as cold as possible

Once you have chosen your ingredients, the key is to make sure that everything – the gin, the vermouth, the glasses and the shaker – is as cold as possible. Palazzi from Duke’s Bar serves his Sacred gin straight from the freezer with just a seasoning of vermouth, and no dilution at all. This is how Guy Brennan from Procera likes his gin Martini.

Bernard de Voto, in his 1948 book The Hour, says that each Martini must be made freshly: “You can no more keep a Martini in the refrigerator than you can keep a kiss there.” What a beautiful sentiment! But we have enjoyed freezer door Martinis made to a Ford’s gin recipe which are absolutely delicious, and it means that you can enjoy a cheeky Martini whenever you fancy without having to get all the kit out and stir.

Finally, there’s the important question of how many you should have. Dorothy Parker wrote: “I like to have a Martini, two at the very most. After three I’m under the table, after four I’m under my host.” Perhaps aware of this, Palazzi refuses to serve customers more than two, though admittedly his Martinis are enormous.

I prefer to have two small cold Martinis rather than one large one.  For De Voto, the ideal number consumed during the cocktail hour was two: “How fastidiously cold a second Martini is to the palate but how warm to the heart.” But, De Voto writes, you should never rule out a third: “Certainly I’ll have another one… one more, and then with a spirit made whole again in a cleansed world, to dinner.” 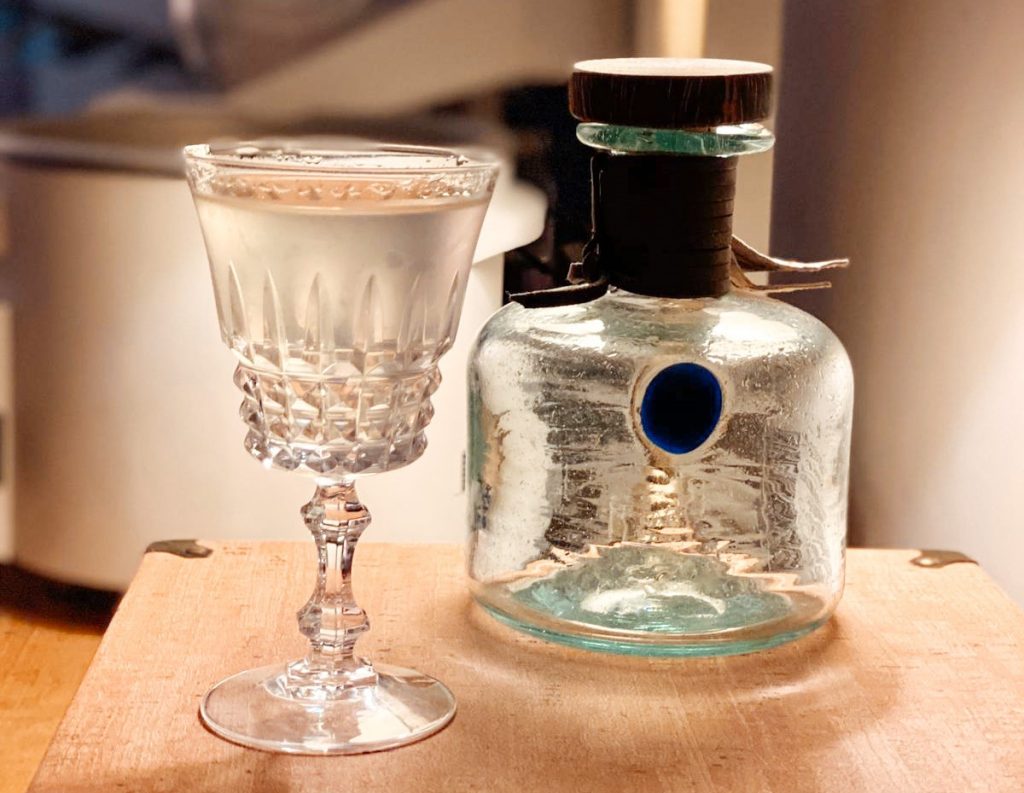 How to make a Dry Martini

Fill your shaker with lots of ice, pour in the chilled gin and vermouth, and stir vigorously for 30 seconds. Strain into a chilled Nick & Nora glass and serve with a twist of lemon and, what the hell, two almond-stuffed olives on a cocktail stick.