Not one, but two Master of Malt exclusive whiskies, a Ben Nevis 1998 and mysterious Orkney single malt, have made it our way via the legendary Berry Bros. & Rudd. So it’s only natural we’d have a little shout about them.

Look, we’ve got two new exciting bottles of whiskies this week and they’re both all ours. Exclusives. Can’t get them anywhere else. Step right up and see the majesty of two drams so good Berry Bros. & Rudd snapped them right up. The mysterious and magnificent Orkney 1999 (bottled 2021) (cask 35) from an undisclosed distillery and the brilliant Ben Nevis 1998 (bottled 2021) (cask 1367).

For this week’s feature, we’re going to focus on the latter as we haven’t talked enough about Ben Nevis on the blog. It’s an underrated distillery with an interesting history full of colourful characters that makes cracking whisky that you probably haven’t even realised you’ve greatly enjoyed. 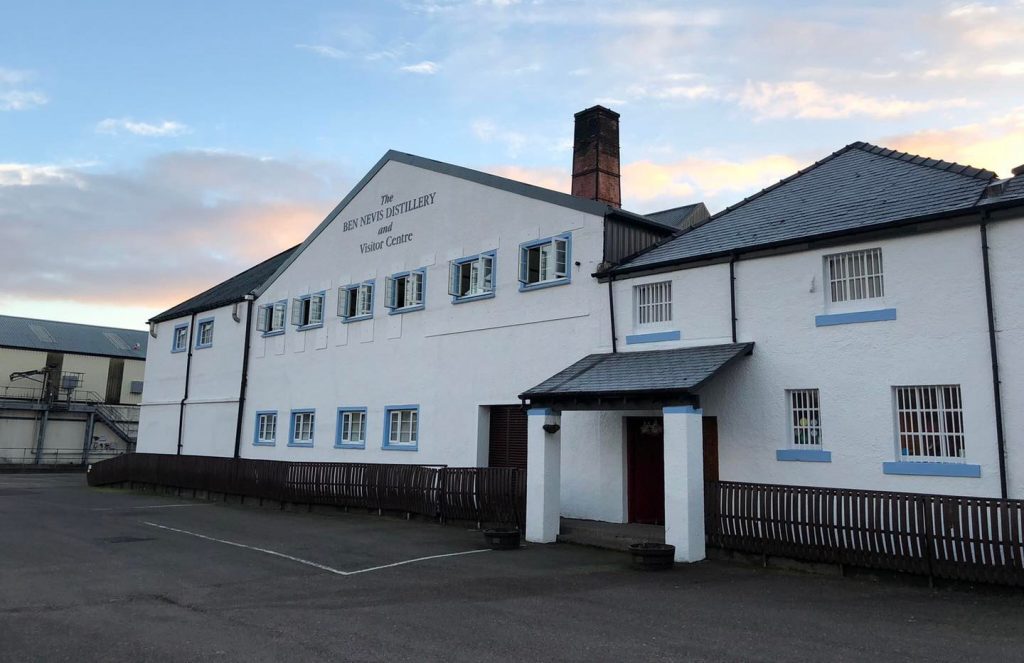 A short history of Ben Nevis

One of the oldest licensed distilleries in Scotland, Ben Nevis, is nestled at the foot of the mountain where it gets its name (Britain’s highest, no less). It was founded by ‘Long’ John McDonald in 1825, a 6 ft 4in descendant of a ruler of the western Scottish kingdom of Argyll and former bootlegger who was known to rescue hikers and tourists who had got lost on the mountain. According to legend, in 1838 he rescued the Duchess of Buccleuch, and brought her down the mountain perched on the back of his horse using her plaid as a makeshift saddle. That’s Heathcliffe/Mr. Darcy levels of Victorian swoon.

His fame helped market the Long John’s Dew of Ben Nevis Pure Highland Malt Whisky, a ridiculously titled but fascinating early precursor of a single malt, made at a time when blends were all the rage. It was his son Donald Peter MacDonald who really made the distillery, building on his father’s flair for publicity with solid business acumen, eventually expanding the distillery so by 1864 it was producing some 10,000 litres weekly. The construction of a second distillery became necessary to meet demand and, in 1878, the inventively titled Nevis began to operate in tandem with the original unit. At this time, over 200 people were employed in what was almost a city of whisky.

Success didn’t last, however, and in 1908 the distilleries merged, before Donald P. McDonald & Sons were forced to sell in 1941. Joseph Hobbs, a colourful Canadian entrepreneur and former bootlegger (supposedly he moved 137,927 cases of Teacher’s in his time) stepped up, but by that time the Long John brand name had already been sold to Seager Evans, and Hobbs would subsequently sell the former Nevis site to Associated Scottish Distilleries. Production restarted in 1955 after world war two halted its opening, and that’s when Hobbs made his lasting contribution: installing a Coffey still.

This made Ben Nevis a distillery capable of making malt and grain, which was often blended. That couldn’t stop the distillery falling silent in 1978, but by 1981 Long John International bought the brand (the name is a coincidence, it was the whisky division of the brewer Whitbread) and did some much-needed refurbishment in 1984 and kicked off production again. By 1989 Japanese distiller Nikka picked it up. Which made sense as it had been buying malt and grain from the distillery for years. 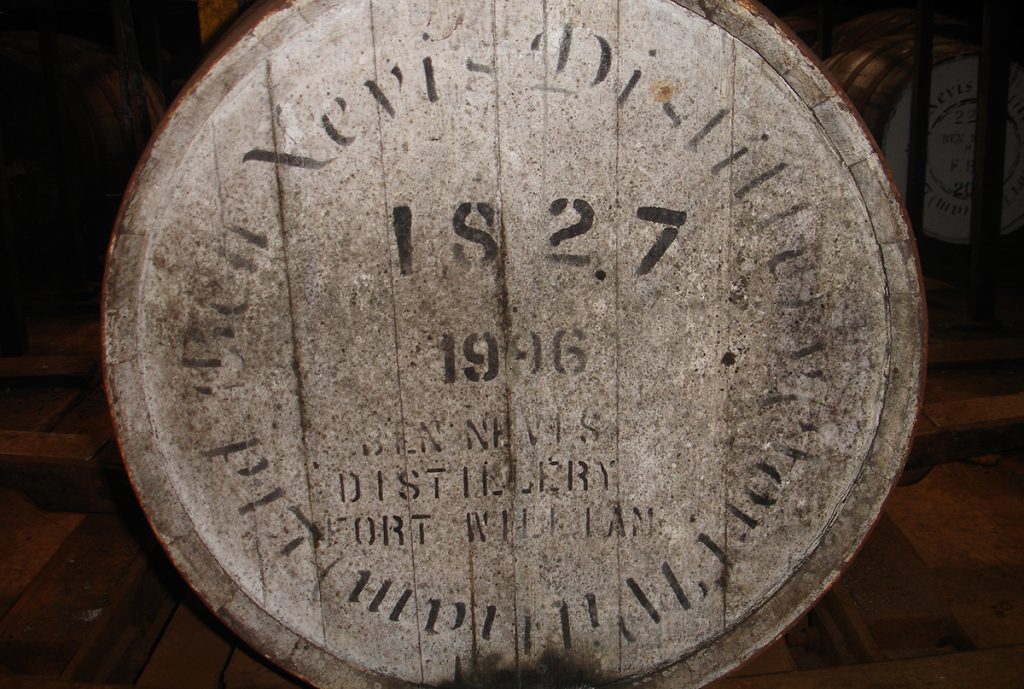 How Ben Nevis makes its whisky

Today, this coastal distillery in the Western Highlands is capable of producing 2,000,000-litres of whisky a year, 75% of which is exported to Japan in bulk. It is widely reported that Ben Nevis is features in Nikka’s blends, including Black Nikka and Nikka From The Barrel. The water is drawn from the Allt a’Mhuilinn which originates from two pools, Coire Leis and Coire na’Ciste, which are both sited a good way up the mountain.

Unfortunately, the malting floors at Ben Nevis are closed, and all the malt is bought-in, while a modern stainless, ten-tonne steel mash tun replaced the old cast-iron one some time ago. Fermentation takes place across at least 48 hours in eight 50,000-litre washbacks, six steel and two pine, with brewer’s yeast still used, a traditional way of making Scotch.

Slow and steady distillation occurs in two wash and two spirit stills, which are tubular and cone-shaped with a wide neck and no reflux bowl, and have lyne arms that are almost horizontal after the bend. This produces a rich, deep distillate that suits ex-sherry casks, while around 50,000 litres of the total production is actually heavily peated (40ppm) whisky. It all matures in five dunnage warehouses before being shipped off to Japan, bottled for its own brands, or bought by blenders and bottlers. 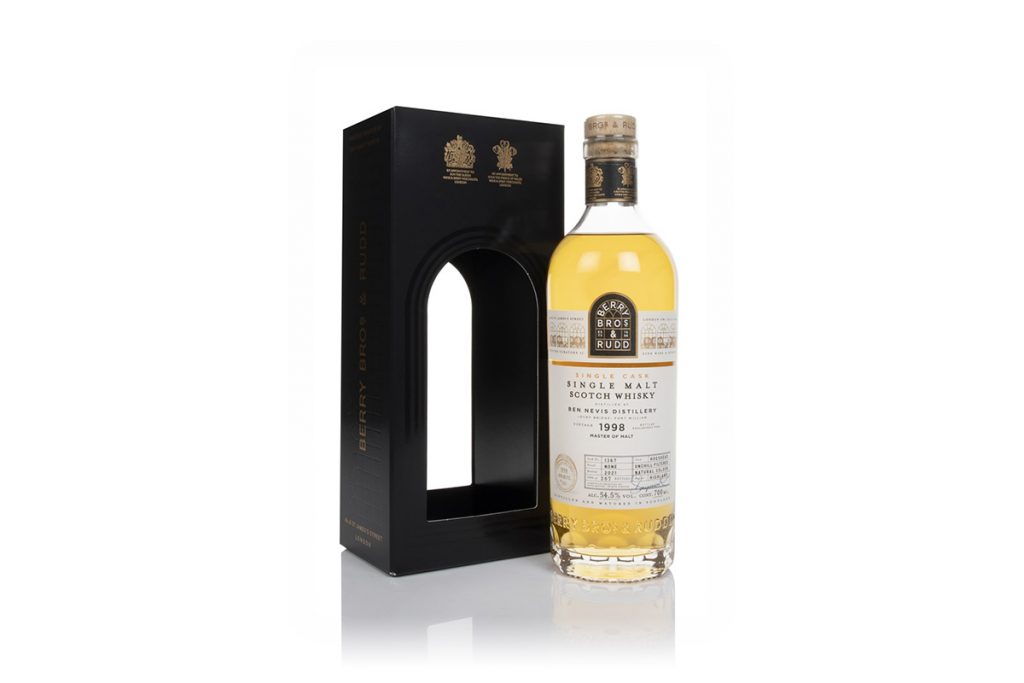 Our very own Ben Nevis bottling

Ben Nevis might not have much of a spotlight, but a new website under construction will aim to put it more on the map, and location is something it has going for it too as nearby Fort William is a popular tourist attraction. The Legend of the Dew of Ben Nevis Visitor Centre is well worth a visit being built into an old warehouse dating from 1862 and former bottling hall, which still retains some of its original features.

If you want to try as a single malt Ben Nevis, there aren’t many options. In 2021, Coire Leis was launched, joining McDonald’s Celebrated Traditional Ben Nevis in the core range, which is something of a throwback spirit made to mirror the old Ben Nevis 19th-century style. Other than that, however, you’re only likely to see Ben Nevis in blends or via the good work of independent bottlers like Berry Bros. & Rudd. There is also some fear a land lease dispute could spell disaster, as the distillery lies on land owned by an aluminium smelter established in 1929, which was recently sold to GFG Alliance. A 99-year lease dating back to 1950 exists, which gives the distillery another 30 years. What happens after that? Who knows. How it copes with new Japanese whisky legislation is also a big question mark.

But for now all that’s left to do is enjoy the whisky before us. Late-90s Ben Nevis is increasingly becoming a fan favourite and this dram matured in a hogshead shows why, with complexity being the order of the day here. This Ben Nevis 1998 is malty with austere fruit on the nose, while a little time in the glass brings out green wine gums, dried pineapple and a very slight wood smoke note. Citrus bursts onto the palate with more tropical fruit, beeswax, cedar and mashed banana and, as so often with Ben Nevis, the backdrop has depth with vibrant grapefruit and pineapple fruitiness. There’s a touch of spice on the finish along with a slight malty smoky note. 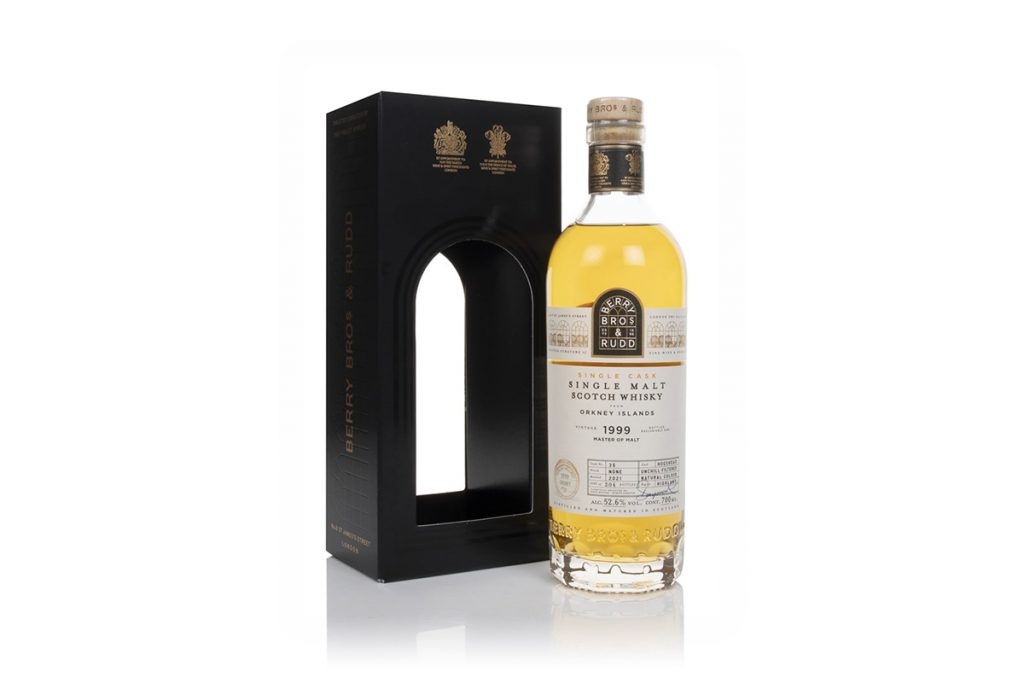 And a delightful dram from Orkney too

Its sister Master of Malt exclusive bottling, Orkney 1999 (bottled 2021) (cask 35) – Berry Bros. & Rudd, meanwhile was taken from an unnamed distillery (take a guess, there aren’t many options) and was matured in a refill hogshead. This creates a balance of fruit and Orcadian peat smoke on the nose, with hints of peaches and mandarin to coffee cream and floral peat. The palate delivers peat smoke supplemented with honey, citrus and caramel in a thick mouthfeel, which extends across a long finish showing honeyed toast and dark chocolate.

All in all, two cracking drams. We hope you enjoy both thoroughly.

Master of Malt @MasterOfMalt
8 hours ago
A brand new creation from the mind of @HendricksGin master distiller Lesley Gracie has appeared. It’s called Neptunia and it aims to capture the Scottish seaside in a bottle…