Why bartenders love vodka with flavour

Millie Milliken
No Comments on Why bartenders love vodka with flavour

For the first time in years, there’s real excitement about the vodka category among bartenders. From bottles made with Chardonnay grapes to gin producers getting in on the act, Millie Milliken looks at the brands putting the flavour into vodka.

The words ‘exciting’ and ‘vodka’ probably weren’t natural bedfellows 10 years ago. The gin boom put paid to vodka’s reign as the clear spirit of choice, saturating the market with juniper, coriander seeds, orris root and any other botanical you can shake a balloon glass at. But behold – the thirst for standout, complex and interesting vodkas is returning.

As well as the likes of milk-based Black Cow, Iceland’s eco-friendly Reyka and even a Chardonnay-based liquid from winemaker Chapel Down, there are more and more brands that bartenders can’t get enough of. Even gin makers are getting in on the act, we’re looking at you Mermaid Salt Vodka.

For Anna Sebastian, bar manager of the Artesian bar in London, vodka is back: “I have always loved the vodka category. Everybody still loves gin, but people’s love of vodka has definitely grown in the last year and a half. A lot of people thought vodka was really boring but some of the products on the market now have really changed things.” 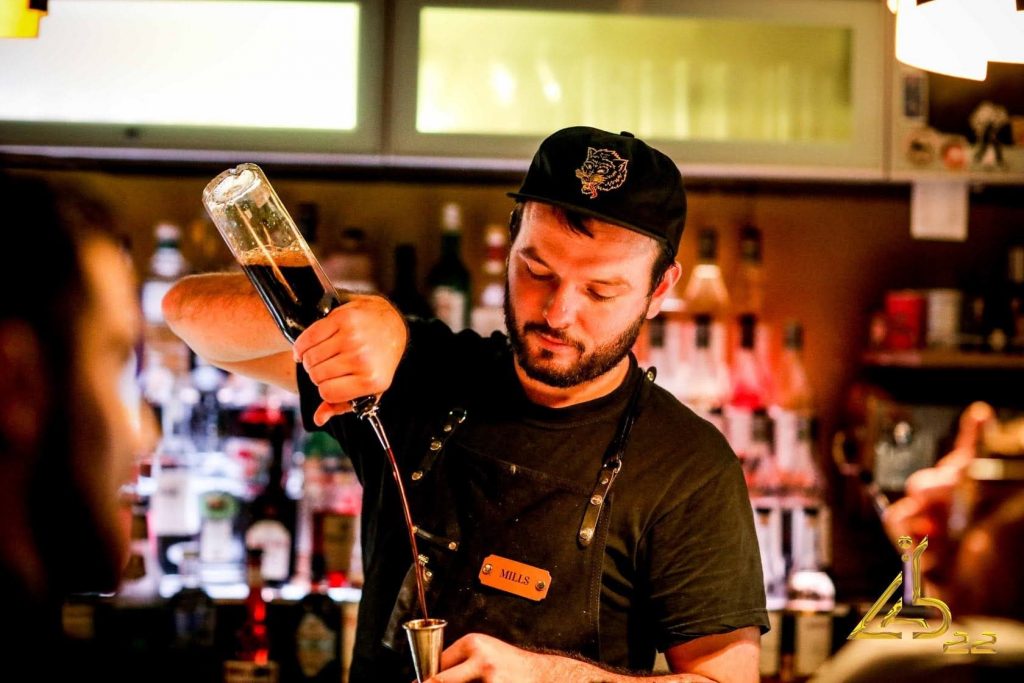 Alex Mills from Lab 22 in Cardiff

The leaning of today’s customer towards more premium spirits, classic and nostalgic cocktails, and a strong, ethical brand identity puts vodkas in good stead for the future. Though vodka makes up a hearty percentage of bar sales in terms of volume, a focus on terroir, brand identity and sustainability shows how vodka can carve out a premium nice.

“We’re massive fans of Chase Vodka, mainly because my colleague Max loves crisps,” explains Alex Mills of Cardiff’s Lab 22. Indeed, the distiller which started as the maker of Tyrells Crisps has added what Mills calls a ‘bucolic vibe’ to its potato vodka, just as it did to elevate Britain’s favourite crunchy snack.

About 250 potatoes go into each bottle, while the peelings are fed to the cattle on the Chase family farm in Herefordshire. They also get some of the spent mash post-distillation – and what they don’t get goes into fertilising their fields. Chase’s still and rectification column are called Fat Betty and Maximus respectively. The water they use is drawn from the Malvern Hills. We feel wholesome just writing about it.

The liquid tells its own story too, with Mills and co liking to take advantage of its creamy and vanilla notes, and buttery texture in a Russian Martini alongside gin and crème de cacao: “If you use Chase as the largest measure in that you’ve basically got this milkshakey base.” 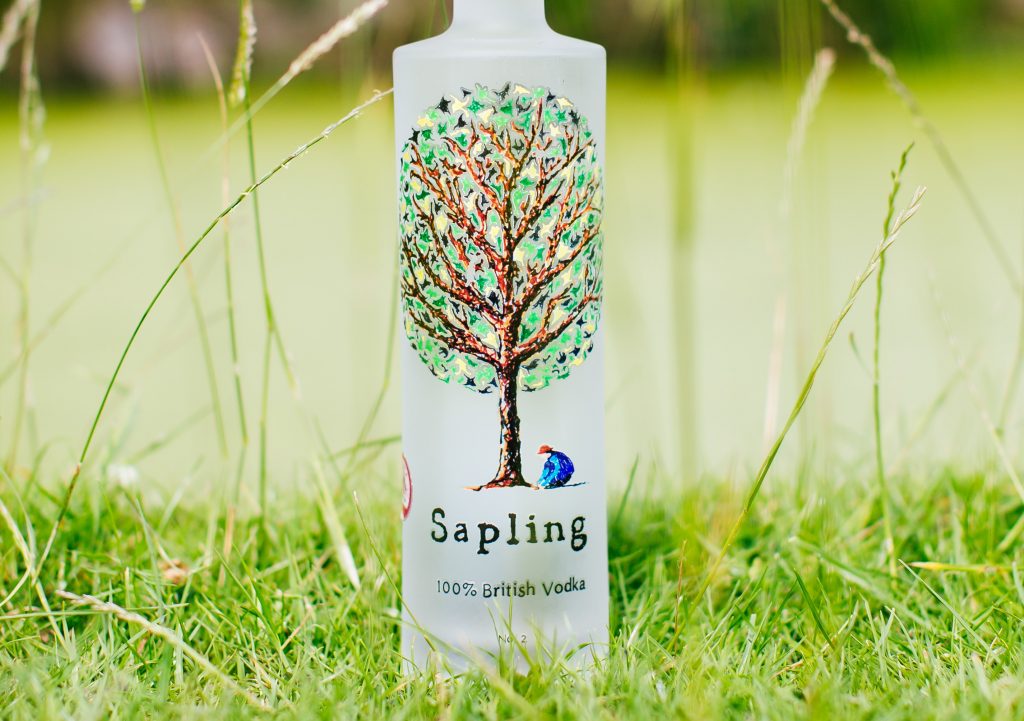 A bottle of Sapling vodka spotted in its natural habitat

The setting of where Sapling vodka is made in London’s Clapham may not be as bucolic as the rolling Herefordshire hills, but the sustainability focus of co-founders Ed Faulkner and Ivo Devereux makes it an ethical choice for the modern consumer. While turning a tree planting party (yes, you read that right) into a music festival, they found the hardest element was stocking the bar with sustainable products. Now, with their own eco-friendly brand, for every (100% recyclable) bottle of their 100% British wheat vodka bought a tree is planted and customers can even track their tree via its own unique code.

Their story certainly caught the ear of south London bar Funkidory owner Sergio Leanza who uses Sapling as his house vodka: “We chose it as our house vodka as it’s made in south London, very close to our venue, and the product which we get in 5L pouches is really good.”

In the bar, Vodka Martinis (using another premium vodka) have been a surprise off-menu order, while Sapling is the vodka of choice when it comes to other big sellers, Cosmopolitans and Espresso Martinis.

These more classic, nostalgic cocktails are indeed a great showcase of vodka, and Sebastian noticed a  surge in these styles of drinks last year at the bar. “Looking at classic cocktails, the Vodka Martini is probably one of our highest sellers, even more than Gin Martinis,” she says while also nodding to the vodka-friendly cocktails on the Artesian’s Disco-themed menu which launched last year. 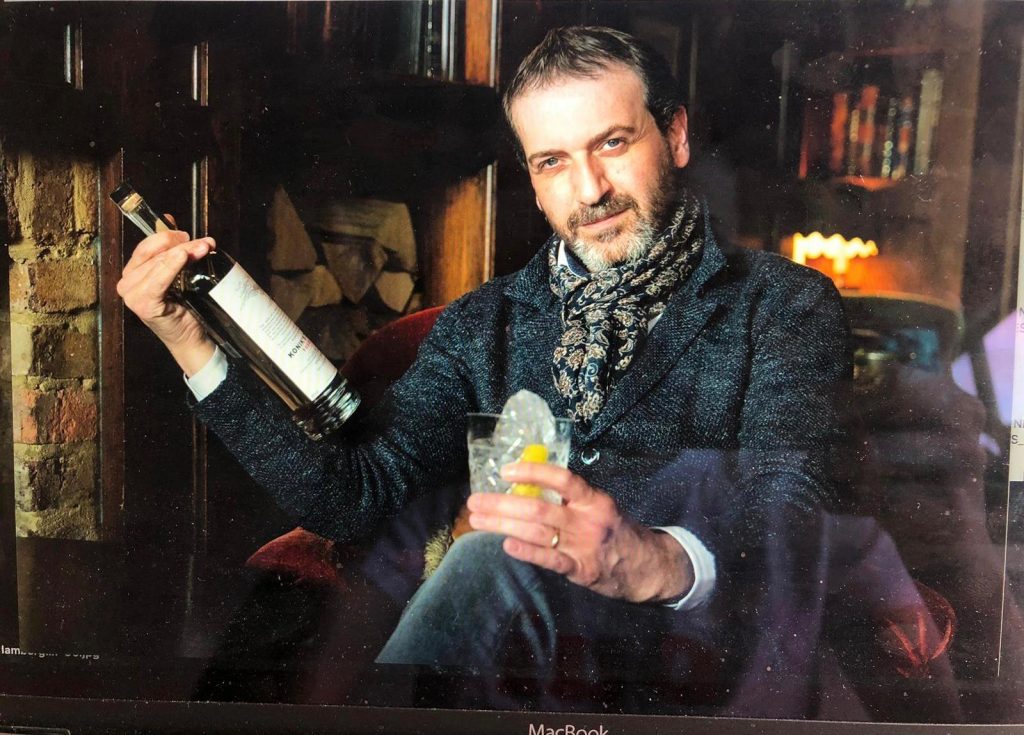 Another vodka that sets bartenders’ tongues wagging is Konik’s Tail. Part of the reason is its founder, the dedicated and charismatic Pleurat Shabani who literally slept in a field in Poland to understand the three grains used in his vodka. “The first base is nutty, earthy spelt, which I call the smiling grain; then you have wheat, the happy grain, which gives butterscotch and vanilla; and final the dancing grain, or golden rye, bringing oiliness and white pepper spice,” he told me.

Daniel Alonso, bartender at Manchester’s Bunny Jackson’s, was charmed by both Shabani and his vodka when he was first introduced to Konik’s Tail. “I ended up going out in Manchester with him and he just had this rolodex of serves and drinks in his head, including using Konik’s Tail with whisky and Giffard Banane Liqueur.” For Shabani though, Konik’s Tail served simply chilled with a slice of lemon peel is the best way to drink his vodka.

There is still a lot of work to do to grow the vodka category back to its previous heights. Something that Shabani is well aware of. “I was a lonely voice on the vodka side when I launched Konik’s Tail. I’ve been praising and preaching for the last two years, but the quality has to be there from producers small and big, working with consumers, who are wanting to have more elegance in their drinks.”