Whisky heroes: the architects who made the mould

Ian Buxton
No Comments on Whisky heroes: the architects who made the mould

As part of his series on whisky heroes, Ian Buxton celebrates three architects who defined how a distillery should look, Charles Doig, William Delmé-Evans and George Darge.

There was a fascinating article here at the end of March by my fellow contributor Lauren Eads on new distillery architecture. She highlights a number of distilleries where producers are ‘breaking the mould’ of the familiar style of white buildings, pagoda roofs and predictable rectangular forms. But who was responsible for creating this ‘mould’ originally? In this part of my Whisky Heroes series we meet the three Scottish architects principally responsible for the look that is now being so vigorously challenged with a new visual language.

Balblair Distillery, remodelled by Doig in 1895. Note his pagoda.

First up, of course, has to be Charles Cree Doig (1855 – 1918), the inventor of the Doig Ventilator and thus responsible for the distinctive pagoda roof. This was a technical improvement to the malting process, enabling more efficient dispersal of peat smoke and, in the days when virtually all Scottish distilleries operated on-site maltings, rapidly became the ubiquitous signature of a distillery. Fortunate to be working at a time of a production boom he’s credited with working on more than 50 sites in both Scotland and Ireland though sadly many have since been swept away by ‘progress’ in subsequent redevelopment, such as at Craigellachie, or lost altogether such as at Gerston, Lochside, Auchinblae, Stronachie, Breadalbane and Killowen distilleries.

The design for the ventilator evolved through a series of sketches for Dailuaine distillery, which had commissioned Doig to make alterations to its maltings. He succeeded brilliantly, with a design both functional and elegant and, in an industry not noted for its ready acceptance of innovation, his pagoda was swiftly adopted. The trade press praised the new look Dailuaine and other commissions swiftly followed. Indeed, his competitor John Alcock immediately developed the idea for the striking twin pagodas at Strathisla, and later worked with Doig at Glentauchers. Doig’s influence on the great Japanese distilling pioneer Masataka Taketsuru (founder of Nikka Distilling) in the design of Yoichi distillery in Hokkaido is also clear at a glance.

Indeed, long after on-site maltings were largely abandoned, distilleries as far-flung as Kavalan have incorporated the pagoda roof detail as powerfully symbolic of the building’s purpose. And the mould has not been completely broken: note that just this month in proudly announcing substantial investment in upgrading their site, Dalmore stressed that “a beautiful pagoda, sat elegantly atop the Old Dalmore Kiln, will mark the heart of the reimagined distillery”.

Doig himself famously prophesied that after Glen Elgin (1898) no distillery would be built on Speyside for fifty years. That was not perhaps as prescient as it sounds, as whisky went into a decline as catastrophic as the dot com fiasco of recent memory, but it’s a curious fact that he was right, it being 1958 before the construction of Tormore saw new distillery construction by the Spey. Sadly, Tormore’s ventilators are squat and functional. 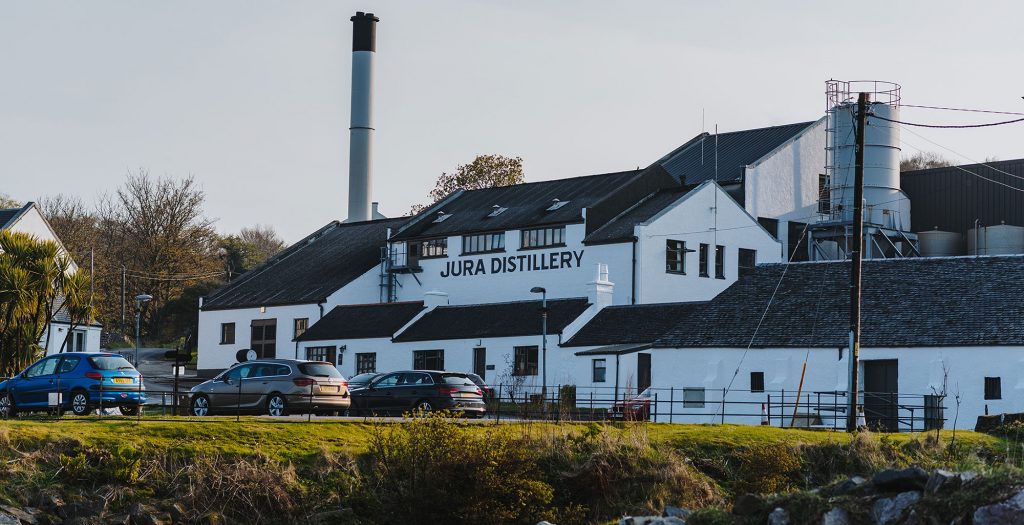 But a new generation of architects were now about to leave their mark as whisky entered a new period of expansion. Chief amongst these was William Delmé-Evans (1920 – 2003) who was responsible for Tullibardine, Jura (1963), Glenallachie (as advisor, 1968) and probably much of Macduff (home of The Deveron single malt), though he left partway through that project following a dispute with the client team.

Like Doig, Delmé-Evans was a technical innovator, working at a time when distillery tourism was far from anyone’s mind. He was greatly concerned with production efficiency, concentrating on gravity flow where possible and advocating the use of shell and tube condensers, then relatively unusual.

Apart from Jura, which has gone on to great success – arguably as much through location as by moving on from Delmé-Evans’ blander style of whisky (it was designed to make spirit intended for blending, not a distinctive single malt) – his projects are relatively little-known but he was nonetheless at the forefront of Scotland’s whisky revival in the post-war years and, in his concern with efficiency and conservation, anticipates many of today’s concerns. 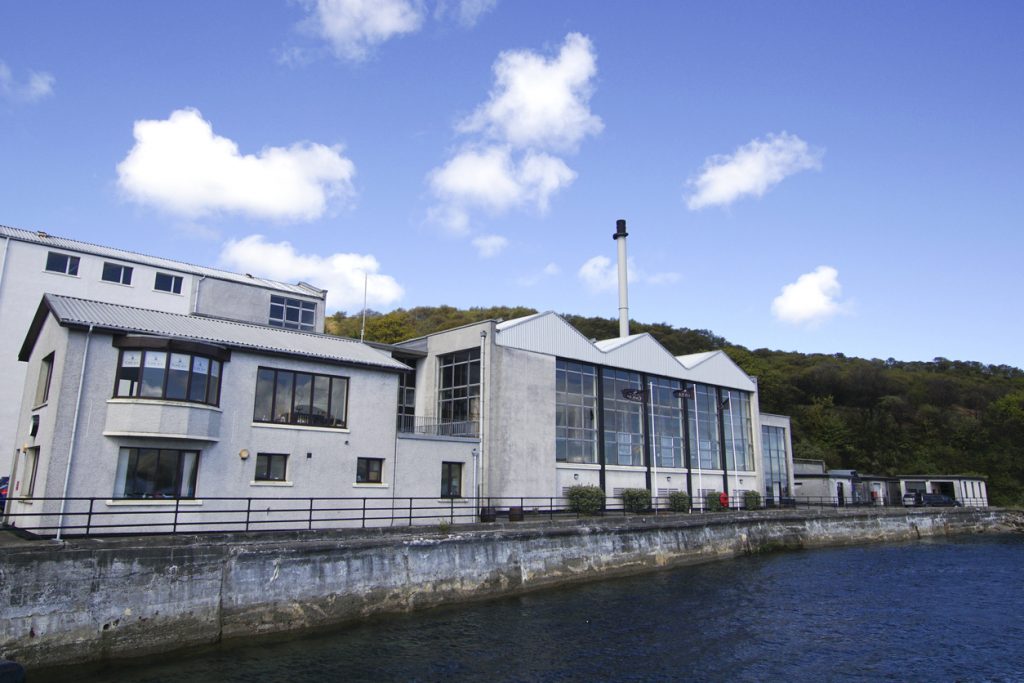 The still house of the Caol Ila

More recently, the work of George Leslie Darge (1919 – 2001) can be seen as creating an unconscious and unintended bridge between distillery as efficient production unit and visitor attraction. He worked for 28 years in Scottish Malt Distillers (think today’s Diageo) in-house design team in Elgin, mainly as chief architect responsible for remodelling some 46 distilleries at many sites including Lagavulin, Talisker, Cragganmore, Linkwood and Cardhu, as well as maltings, bonds and workers’ housing.

Darge’s great and lasting contribution was the then-radical use of curtain glass walls on stillhouses, which can still be seen today – for example, at Aberfeldy, Royal Brackla and spectacularly in the remodelled Caol Ila (1972-74), his final project. Like his two predecessors, the original aim was to improve efficiency – the glass walls allow easy access for maintenance or the replacement of stills plant and control of excess heat from the stills. But, unintentionally, the glazing permitted the heart of the distillery to be opened to public view, thus speaking to today’s concerns with ‘transparency’ and providing an alluring aspect to seduce the passing tourist into the lucrative visitor centre.

Today’s technical development in glass production permit architects ever more radical approaches to the curtain wall, as seen at The Macallan, Dalmunach, Kentucky’s New Riff and a number of other new projects.

But all owe something to these earlier pioneering whisky heroes – the mould we might conclude has been more remade than broken.