Where are the older people in whisky advertising?

Henry Jeffreys
1 Comment on Where are the older people in whisky advertising?

It’s marketing week here at Master of Malt. Yesterday Millie Milliken looked at the evolution of drinks adverts. And today we ask whether the Scotch whisky industry is missing a trick by ignoring older people in favour of the youth market.

There was a report published this month by Our Whisky examining the representation of women and minorities in whisky marketing. Looking at all the pictures used to publicise the report, it looks like the industry has a problem with another group: older people. Scroll though whisky Instagram accounts or look at whisky adverts, and there are very few grey hairs to be seen.

The majority of whisky marketing seems to target three groups: the carefree consumer in their 20s (see this recent Ballantine’s advert below), the hardcore single malt drinker (people with beards and Highland Park tattoos), or the vibrant birdman community (The Macallan).

I spoke with someone with over 30 years experience at a very large drinks company (who didn’t want to go on record for the feature) and he said that the marketing department was “in denial that people over 40 exist”.

He went on to explain how the vast majority of marketing is aimed at getting new drinkers into the category rather than retaining existing customers. Neil Boyd, MD of Ian MacLeod Distillers, agreed. “Whisky marketers have a recruitment problem. The challenge is to get to younger drinkers,” he explained. “If you look at the UK market, 80% of blended whisky is drunk by the over 60s with a very strong male bias. With single malts, it’s a bit younger, mainly over 45 with a rough 70/30 male/female split.”

Furthermore, as drinks columnist for the FT Alice Lascelles pointed out, younger people are more likely to use Instagram so you get more value out of them: “A millennial is likely to share on social media, you get much more reach for every one of them than through a 70 year old,” she said.

Hence all those vibrant young people in the adverts. The problem is that every drinks brand, not just in whisky, is going for the 25-35 year old market.

Now of course, much of this youth advertising won’t only appeal to young people, as a former brand ambassador now working for an indie bottler, pointed out to me (also anonymously). Johnnie Walker’s tie-up with Dua Lipa, might go over my head (I’m 44), but there are plenty of older people who are more down with the kids.

Contrast this with the whisky adverts of yore: they were full of older people, mainly men. Johnnie Walker (see below) himself was originally a gent about town of a certain age, rather than the stylised young rake of modern times. In the past, being old was aspirational. Some men in the Victorian era even affected a stoop to make them appear more venerable. Now everyone tries to appear younger. Whisky companies are just following the zeitgeist.

The evolution of the Striding Man

Should there even be a target audience for advertising?

Brand guru David Gluckman thought the very idea of targeting groups was nonsense. “There’s far too much of it and it stands in the way of successful new ideas,” he told me. For him it was all about basing the marketing around the product. He should know. He’s the man behind Le Piat d’Or and Baileys Irish Cream when he worked at IDV (the forerunner of Diageo), and the author of one of the best books on marketing, That s*it will never sell!.

He praised Smokehead in particular: “I loved it because it immediately said to me if you like those harsh, peaty whiskies with a touch of drain cleaner about them, then you’ll like Smokehead. It put a whole series of what would be negatives to people who didn’t like the taste of whisky, and I thought that was great targeting.” Laphroaig also does this very well with its ‘Opinions welcome‘ campaign.

Set in their ways?

Leaving aside whether you should target groups or not, there is a perception from the industry that older people aren’t worth marketing to because they don’t try new things. Lascelles told me: “The received wisdom is that older people are more brand loyal. I could imagine a big drinks company thinking: we’ve got these guys in the bag already. There’s a lot of talk of getting people to engage while they’re young. If you’re going to spend a pound, it’s better to spend a pound on getting someone at the beginning of their spirits journey, rather than the end.”

There’s also the perception that older people, particularly baby boomers are, how can I put this nicely, a bit cheap. Many of the people I spoke with pointed out some older people’s reluctance to splash out compared with younger generations.

Anecdotally, however, I find that older people aren’t as set in their ways as younger people tend to think. I’m thinking of the grandfather who helps out with reading at my daughter’s school who is always enthusing about new gin brands he has tried. Some older people do try new things and are swayed by advertising. Data from the Distilled Spirits Council in the US seemed to back this up: people between the ages of 57 and 75 who drink spirits had increased, from 43.9% in 2007 to 46.4% in 2017.

Certainly, other drink sectors are looking at marketing to older people. Speaking to SevenFiftyDaily, wine merchant Tara Empson said: “After the pandemic, will they [older people] also start looking around a lot more and feel more confident to try new things?”

It’s only Alice Lascelles from the FT!

It might be trickier to get them to part from their money, but there’s no doubt that older people do have quite a lot of it. According to this insightful article on wine marketing, 70% of Britain’s disposable income lies with the over 55s. There are over 23 million people over 50 in the UK and the population is getting older. No wonder when I was in publishing there was so much talk about the grey pound and silver surfers.

Neil Boyd commented: “An increasingly ageing population will present further challenges to advertisers in identifying their recruitment target. They may have to think differently in the future.”

Looking at our own data from people with Google accounts searching the MoM website for whisky, 55% are over 35, with people over 45 accounting for 35% of the site traffic. The male female split is roughly 70:30. Whisky investment company VCL Vintners issued some figures recently about investors getting younger, and yet around 40% of its customers were still over 45. And don’t forget, as Lascelles told me when talking about whisky auctions: “It is the older generation who are spending the big bucks the majority of the time.”

My anonymous contact at the large drinks company said: “I remember seeing research that one might have thought would have made a compelling argument for redirecting a lot of investment towards older-aged cohorts. But nothing at the end came of that.” He said that brands were terrified of being associated with older people.

So far the argument has been about sales; it’s not a good use of money to market to older people. We can argue about that, but diversity is also about representation. Increasingly brands are taking a moral view on this. To not feature minorities is not just bad business but also unethical. Why should it be different with people’s age? Older people, especially older women, are increasingly invisible; wouldn’t it be great if whisky companies took the lead here?

I asked to speak to some of the conglomerates about this. Pernod Ricard and William Grant & Sons wouldn’t comment, but Diageo did issue a statement: “Our aim with all our marketing is to champion diversity and inclusion regardless of age, gender, orientation or colour (above our Diageo Marketing Code age bracket of 25). We have a specific 10 year action plan called Our Society 2030: Spirit of Progress to keep driving change and ensuring we are balanced and positive in the way we portray all our brands, including Scotch specifically.” So there we go.

‘Darling, I think it’s time we tried this whisky thing I keep hearing about on the wireless’
‘Good idea!’

Everyone I spoke to agreed that most whisky marketing, indeed most spirit marketing, is aimed at the 25-35 year old group. There are very good reasons for that. If whisky as a category doesn’t recruit younger people, it will contract. Yet, surely not every brand needs to go for the same market. Pernod Ricard and Diageo have a portfolio of whiskies, wouldn’t it make sense to direct some marketing towards older people? If everyone is doing one thing, it makes sense for someone to do the opposite.

It doesn’t have to be involve a free zimmer frame, but a witty campaign involving print advertising; older people still buy papers. Classic FM, and something on Facebook would pay dividends. It could persuade a large number of people to switch from brand Y to brand X. Or even try whisky for the first time.

At the moment, whisky producers are taking older people for granted. Marc Fleishhacker, formerly of Ogilvy and eBay, said: “Acquiring a new customer costs about five to seven times as much as maintaining a profitable relationship with an existing customer.” Surely, it’s just good business to talk to your best customers.

Master of Malt @MasterOfMalt
2 hours ago
On this week’s Nightcap we’re joined by guests and @KristianeSherry to talk about why consumers are increasingly opting to spend more instead of buying cheap, bulk booze. 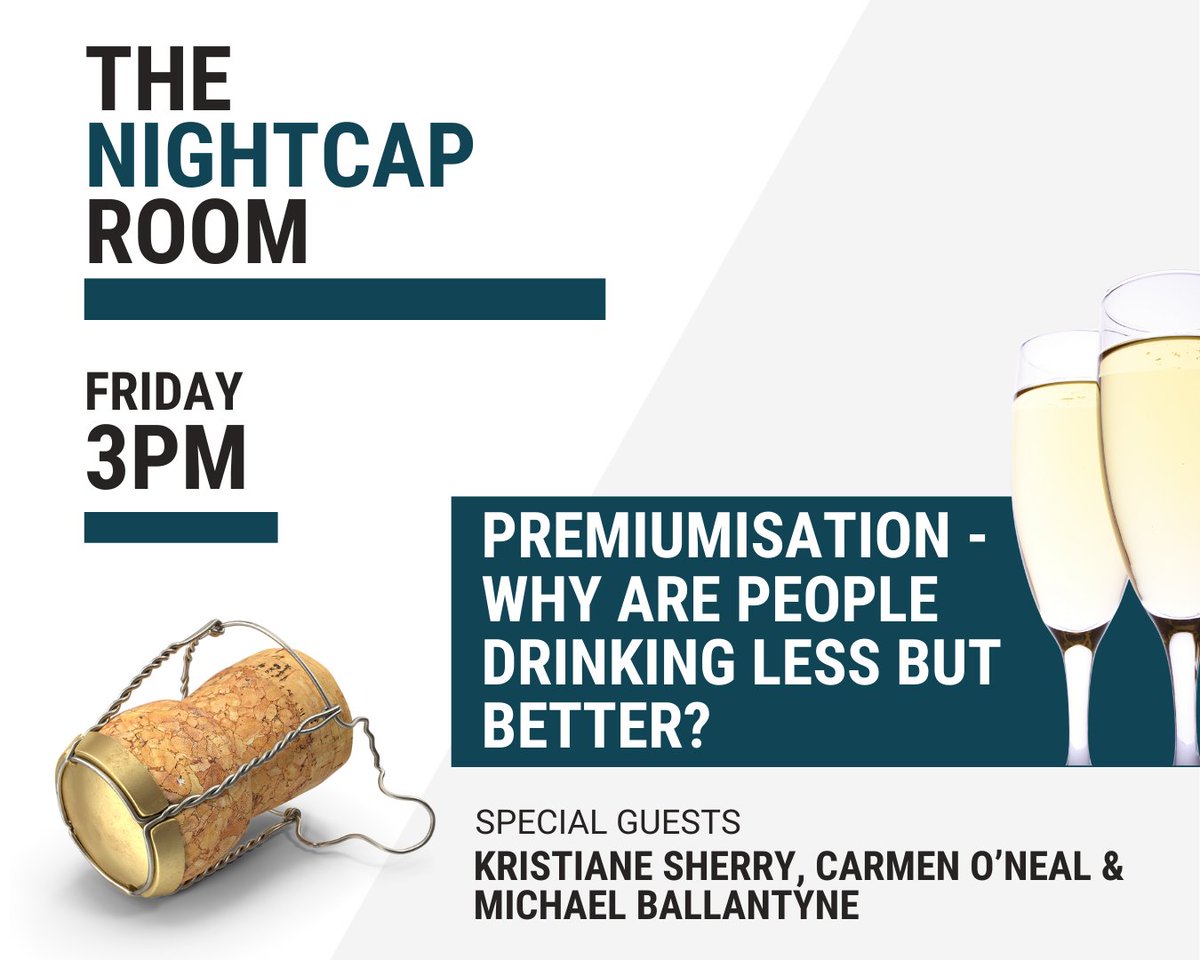 Master of Malt @MasterOfMalt
2 hours ago
Long Table ( @LT_Distillery) sure knows how to make a classic London Dry #Gin, packed full of piney juniper and black peppery warmth! Get the tonic and lime ready... 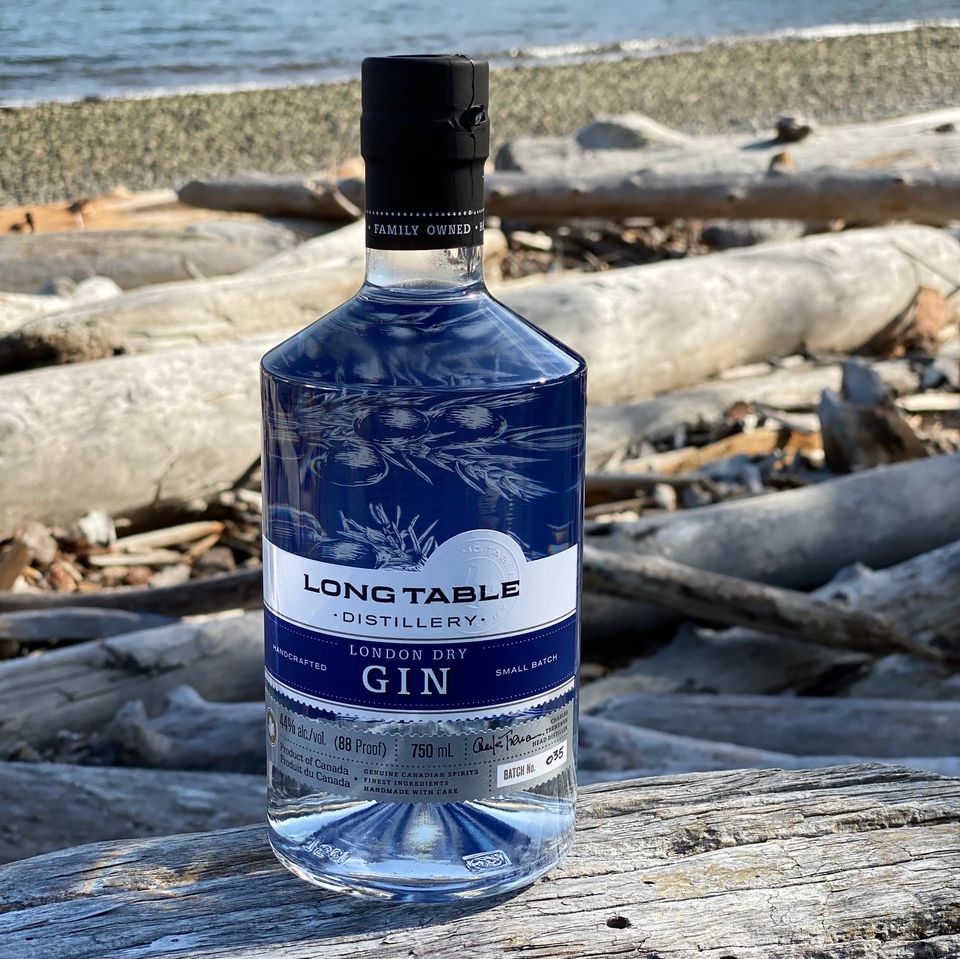