Banana, vanilla, chocolate – the flavours of whisky and ice cream make for wonderful bedfellows. Millie Milliken put in the strenuous research to find out how to pair them and came up with five perfect matches of her own.

Ok, I get it, it isn’t quite shorts and sunnies weather just yet – I can’t be the only one to endure rain (and hail) in May for a pint. But as warmer and balmier days approach us – and staycations become the holiday de jour – that can only mean one thing: ice cream. Buckets of the stuff, preferably on a lawn, maybe on a beach.

While daydreaming of my own upcoming holiday on the English riviera and the plentiful ice cream opportunities it presents, I got to thinking about what my accompanying hip flask might contain. There was only one answer: whisky.

Now, the combination of whisky and ice cream is hardly new – remember the onslaught of alcoholic milkshakes that hit the UK bar scene in the early 20-teens? But with the rise of artisanal ice cream and a slew of excellent whisky launches, I wondered: how and why are whisky and ice cream such wonderful bedfellows? 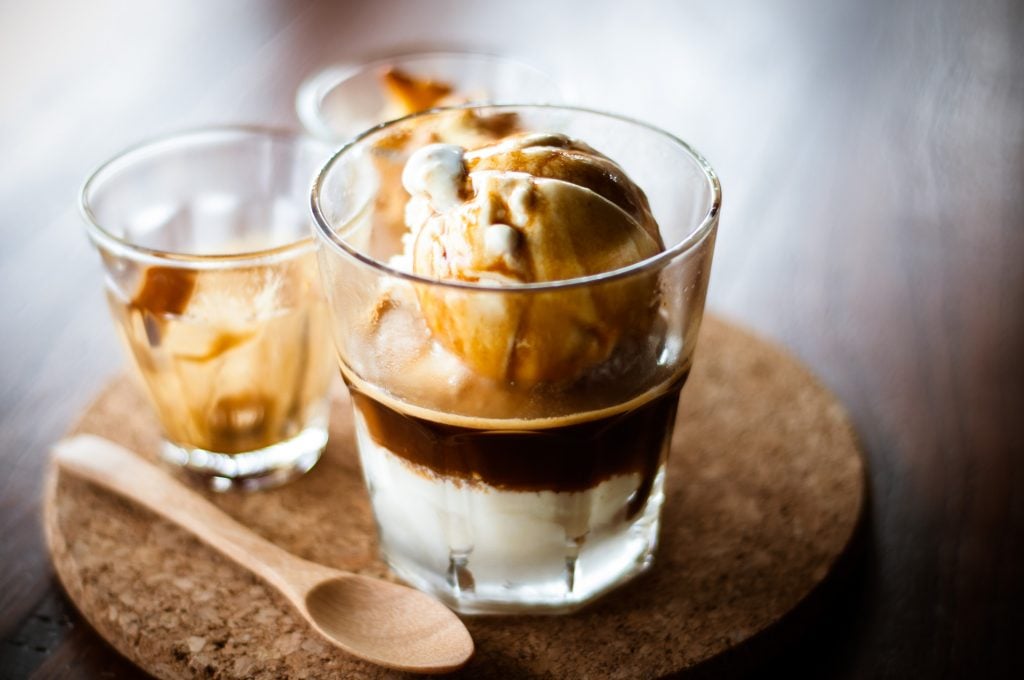 Affogato with whisky, this is Blair Bowman’s dream

“There are a lot of factors,” Blair Bowman, whisky consultant and author, tells me fresh from an alfresco meeting in Edinburgh. “Whisky has such a big range of flavours to start with so you have a huge palate to choose from. Then you’ve got all the flavours of ice cream to match them up nicely – fruity with fruit, oily whisky with a delicate sorbet, smoky whisky with chocolate,” the list goes on.

It would be an understatement to say that Bowman is a fan of combining whisky and ice cream. In fact, his dream is to own a 24-hour bar which serves nothing but affogatos (vanilla ice cream, coffee and booze). He even brought whisky and ice cream together at the 2019 Scottish Whisky Awards, challenging the chef to create a blue cheese ice cream to go with a dram of Clynelish. “To cut the richness we had it with poached pears, a shard of chocolate, crunchy bit of flapjack, and the day before we decided to make the blue cheese pop so we added a little ridge of sea salt.” Needless to say, it split the room.

Just this year, he took part in Hipflask Hiking Club’s #whiskyicecreamfloatchallenge. His entry combined Littlemill 44yo, Häagen-Dazs Summer Berries & Cream, Veuve Clicquot Champagne, pink Himalayan salt, a dark chocolate rim and an Iain Burnett Chocolatier garnish. He admits that some people may have seen using such a rare and high calibre whisky in an ice cream float may be “blasphemous”, but for Bowman, whisky is a drink to have fun with. 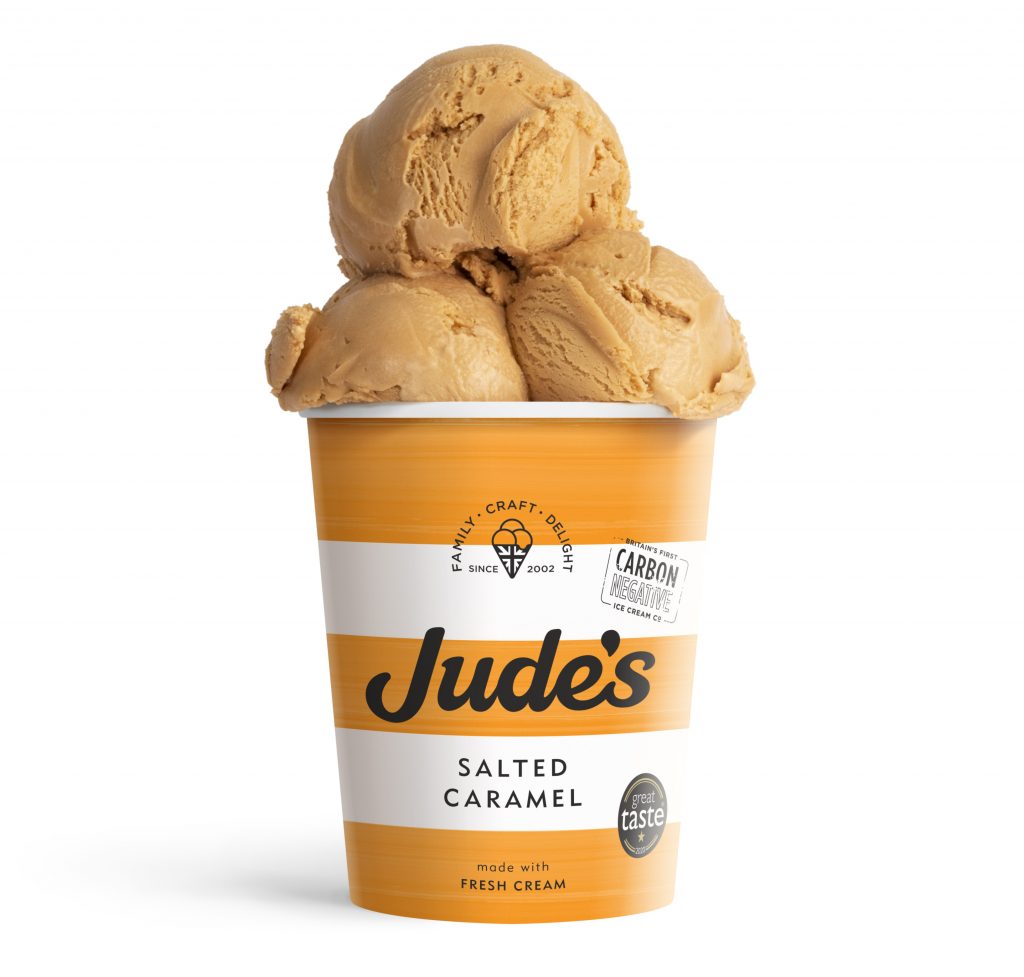 Chow Mezger, MD of Jude’s Ice Cream in Berkshire, knows how to have fun too. When I call him for a chat about his award-winning brand, he’s just come from a flavour tasting and is excited at some of the new products his team has just signed off (not that he’ll tell me what they are). The company churns out some of the UK’s best ice cream, with flavours ranging from salted caramel to mango and passionfruit – and even includes vegan alternatives.

Just as with Bowman, Mezger is no stranger to pairing whisky with ice cream. “We did a hot toddy collaboration with Laphroaig which was really, really interesting,” he tells me. “We tried it with a few of the whiskies that were not very peated, so the problem was we had to add so much of it to the ice cream that there was too much alcohol. We ended up partnering with Laphroaig because the peat flavour is so strong that it meant we could use less.”

So, without further ado, I thought I’d give it a try. I picked five ice creams and raided my drinks cabinet for the perfect (or near perfect) match. Do try this at home. 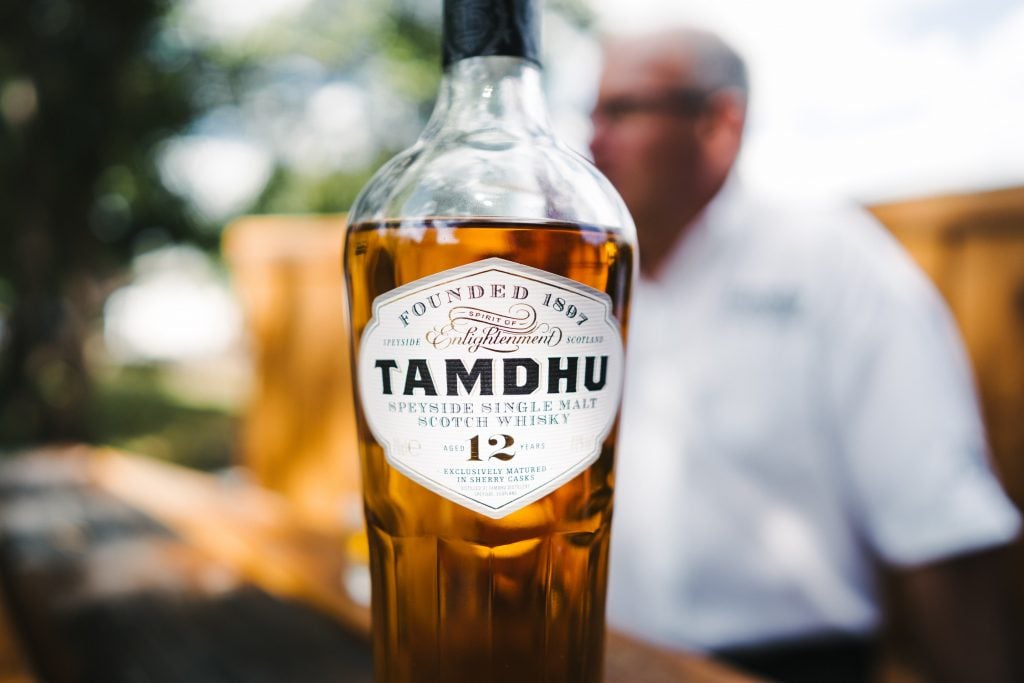 Salt and sweet, or salt and smoke? I went for a bit of both on this one as my first instinct to go heavy on the smoke proved far too powerful. Instead, I went for the light smoke touch and sherried notes of Tamdhu 12 Year Old.

Alongside the delicate caramel notes of the ice cream and the pleasant hit of salt, the sweet spice and dried fruits of the Tamdhu, and typical of sherry casks, offset each other beautifully.

The trickiest of the bunch but a must-have as this writer’s favourite ice cream flavour. After much deliberation, I settled on The Norfolk Parched Single Grain (with a little help from ex-Master of Malter Kristiane Sherry).

Aged in bourbon casks, this whisky has vanilla and lemon on the nose, which followed by some aniseed and cloves complements the minty fresh aroma of the ice cream. On the palate, the ice cream is a lovely coolant while the bitter chocolate slightly mellowed by the dry finish of the whisky.

On the nose, this whisky is heavy on the banana as well as toffee and popcorn which, when matched with the delicious and creamy ice cream, comes through with some pleasant spiced notes to offset the sweetness. 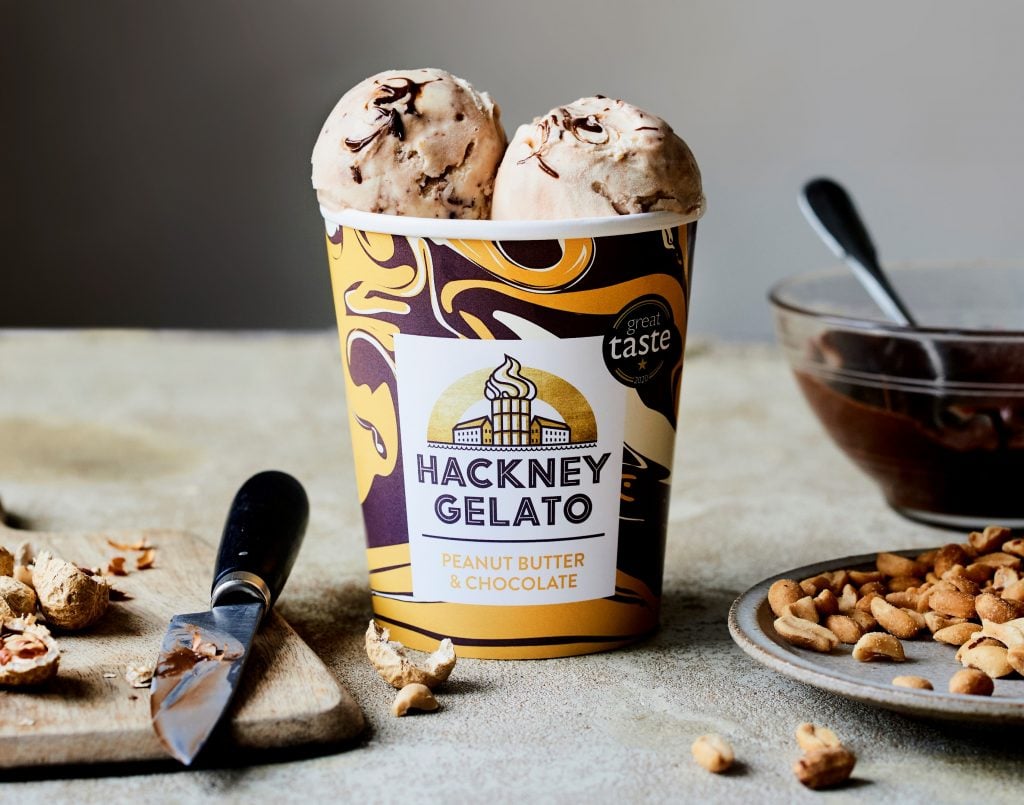 Bring on the bourbon!

Peanut butter? It just had to be a bourbon. This gelato is more peanut butter than chocolate, so I wanted something that would be an equal sparring partner. Enter Bowsaw Small Batch Bourbon.

On the nose, those toasted wood aromas and toffee were the perfect gateway into the pairing, with the heat and slightly dry texture making the peanut butter less sweet and more nutty. The caramel on the finish topped it off beautifully.

This Milk & Honey Red Wine Cask from Tel Aviv is quite something. What first got me to thinking of pairing the two is the immediate hit of strawberry on the nose with some caramelised demerara sugar at the back.

Matched with the fresh strawberry flavour and the malty biscuit pieces in the ice cream, the whisky’s hit of baking spices and dried fruits bring this ice cream back from being too sweet while also drawing out those strawberry notes. A real surprise.