The Connaught Bar in Mayfair, London, has done it again, taking the crown of World’s Best Bar at last night’s World 50 Best Bar ceremony. And it was a double celebration for the British bar trade as a another London venue came second, Tayēr + Elementary

Fancy a drink? Well, we can certainly recommend a good spot because we attended last night’s World 50 Best Bar event to witness the Connaught Bar be crowned The World’s Best Bar for the second consecutive year and also The Best Bar in Europe. The event,  sponsored by Perrier, also awarded Tayēr + Elementary the Disaronno Highest New Entry after it placed second compared to last year when it came in fifth.

London also has a third bar on the list, with Kwānt at no.31. While outside the main list, the UK also takes the title for Siete Misterios Best Cocktail Menu, with Cardiff’s Lab 22 winning the award. This particular award was open to any bar in the world, not just those in the 50 Best list.

Singapore is the city with the most entries in the top 50 with six, including the no. 9 ranked Jigger & Pony. Spain, meanwhile, has the distinction of leading Europe in the list, with four bars including Barcelona’s Paradiso at no.3, followed by Two Schmucks, which climbed 15 places to no.11. New York did not fare as well, with Dante, no. 2 last year, and was named the world’s best bar in 2019, ranking no. 30 this year. 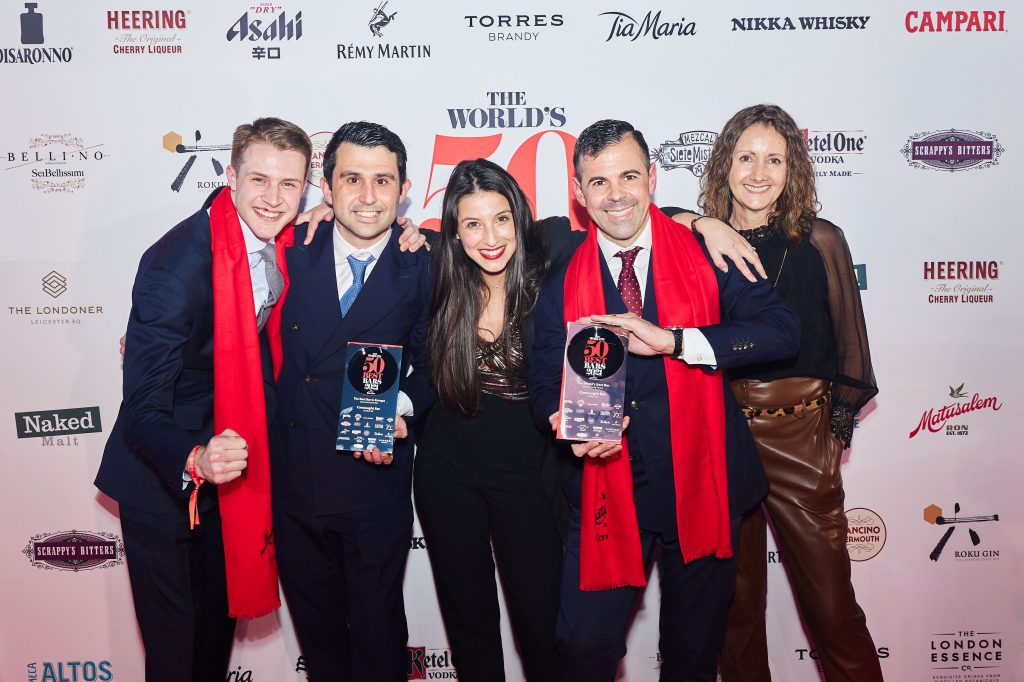 The Connaught Bar was acknowledged for its ability to create innovative new menus while retaining its old-school prestige. The bar is famed for drinks like its signature Martini for two, made with Tanqueray No. 10 Gin, dry vermouth, and your choice of flavoured bitters which are stirred together for a good few minutes, and then theatrically poured from a great height into the glasses and garnished with a lemon peel. It’s all served on a black lacquer trolley with engraved crystal glasses, because why the hell not?

The Altos Bartenders’ Bartender Award, meanwhile, was announced last week to be Lynette Marrero, bar manager at the Peruvian restaurant Llama Inn, in New York. It’s a great honour as the award is voted upon by the bartenders who make up this year’s Top 50.

World’s 50 Best Bars compiles its best bars list from the votes of over 600 participants around the world, including drinks writers, bartenders, and cocktail aficionados. It is based on visits made from March 2020 through September 2021. The voting guidelines and requirements were reevaluated this year to reflect the limited travel opportunities due to the pandemic. For instance, this year there was no requirement to cast international votes, whereas in prior periods at least three of a voter’s seven named bars were supposed to be international. 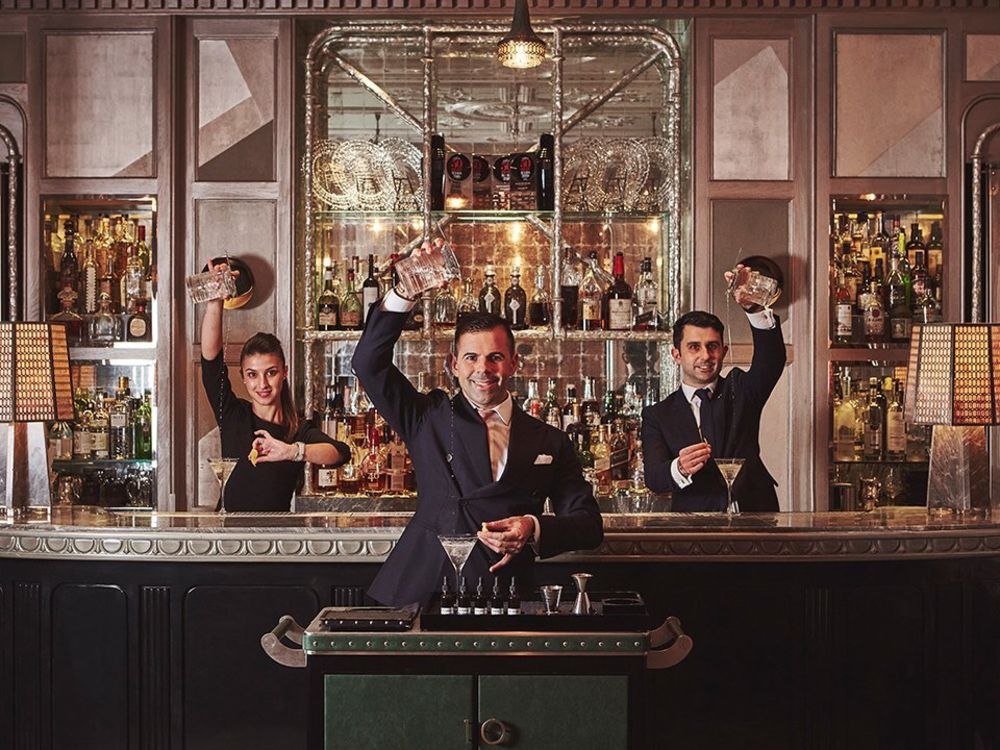 Winners Maura Milia, Giorgio Bargiani, and Ago Perrone at the Connaught

The live awards ceremony last night at the Roundhouse in London hosted some of the world’s finest bartenders, journalists, and brand ambassadors to hear how bars from 17 countries placed, with 18 new entries spread across Australia, India, Mexico, Russia, Argentina, Sweden, Spain, China, and the UAE

The World’s 50 Best Bars also announced the 51-100 list last week, and the UK leads continental Europe with five bars of a total of 21 from 10 countries, The UK has the most in Europe with five bars in London represented. Lyaness is at No.55 followed by Swift at no.57. Satan’s Whiskers is a new entry at no.73, as are new openings A Bar with Shapes for a Name at no.77; and Side Hustle at no.80.

It was a night that reminded us how far we’ve come since the COVID-19 restrictions impacted the recovery of the bar sector, as a wide range of bars got to celebrate their achievements. We look forward to next year, which should hopefully have even more freedom and fun. We’ve listed the top ten below in case you’re on the lookout for a new watering hole.

Win a VIP trip to the USA with Brown-Forman!