Adam O'Connell
No Comments on ‘Such as oak’: Irish whiskey’s maturation opportunity

Irish whiskey has a freedom you won’t find in Scotch whisky, the ability to mature whiskey in wood species other than oak. We consider the implications of this following an enlightening tasting of the new Method and Madness range from Irish Distillers.

If you take a look at the Irish Whiskey Technical File 2014 (Friday nights are wild at mine) you’ll notice that there’s a fair amount of overlap with Scotch whisky regulations. When it comes to ageing whiskey, for example, there’s a 700-litre limit in barrel volume, a three-year minimum maturation period, and a prohibition of any additives allowed except for caramel E150A. But there’s also a particularly intriguing bit of wording where maturation is concerned:

Stage 4: Maturation Irish Whiskey/Uisce Beatha Eireannach/Irish Whisky” must be matured in wooden casks, such as oak, only on the island of Ireland, such maturation being for a minimum of three years.

See it? Such as oak. Not oak alone, like the Scotch Whisky Association insists. Is this a response to knowledge that the big players already had stuff maturing that wasn’t in oak? A clever way to allow the category to distinguish itself from Scotch? A simple oversight because the regulation was being put together at half four on a Friday and someone said “that looks grand, let’s go to the pub” (as an Irishman myself I have my suspicions it’s the latter, to be honest). 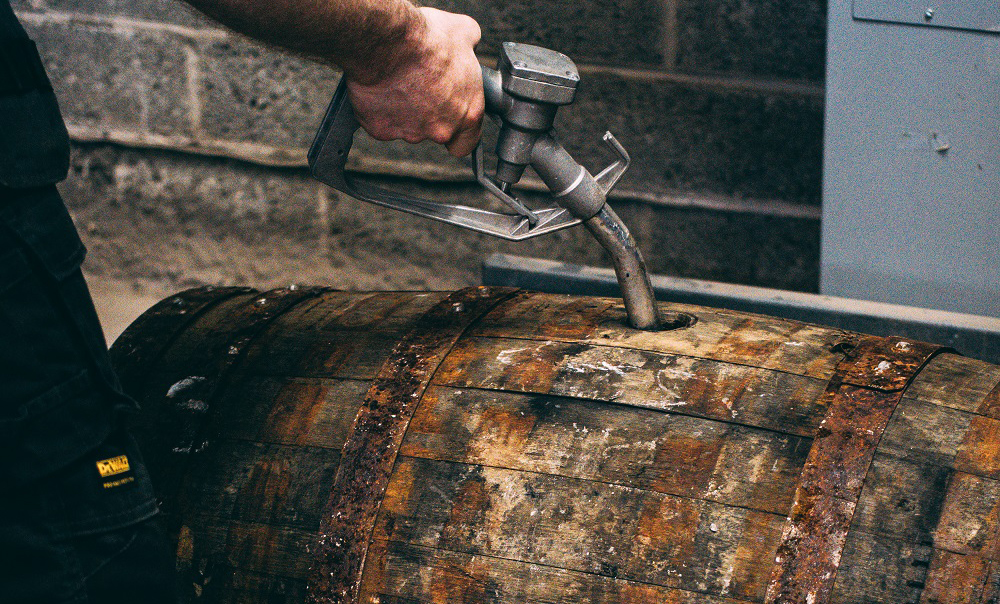 Oak isn’t the only wood…

A world of opportunity

Whatever the reason, it’s opened up a whole world of interesting cask maturation choices for Irish whiskey. Acacia, chestnut, wild cherry, cedar, mulberry, juniper, and amburana are just some examples of woods you can use in place of oak.

Of course, there are issues. Availability, for one. There just aren’t that many cooperages using woods other than oak because, well… why would they? The demand hasn’t been there. There are still options, however, partly because not everybody insists solely on oak, particularly in other drink categories like wine and gin. And as international companies like Diageo and Pernod Ricard add a greater variety of drinks brands under their umbrellas, this naturally leads to more supply and accessibility.

What Irish whiskey has here then is an opportunity. And no one has embraced it quite as much as Method and Madness. This isn’t surprising given the Midleton-made brand has the resources to pull off some truly experimental expressions. Wood planning maturation team lead Finbarr Curran is at the forefront of this, overseeing barrel stock, filling requirements, and more in a day-to-day filled with forecasting, logistics and planning. “It’s all about keeping the wood flowing,” he says. 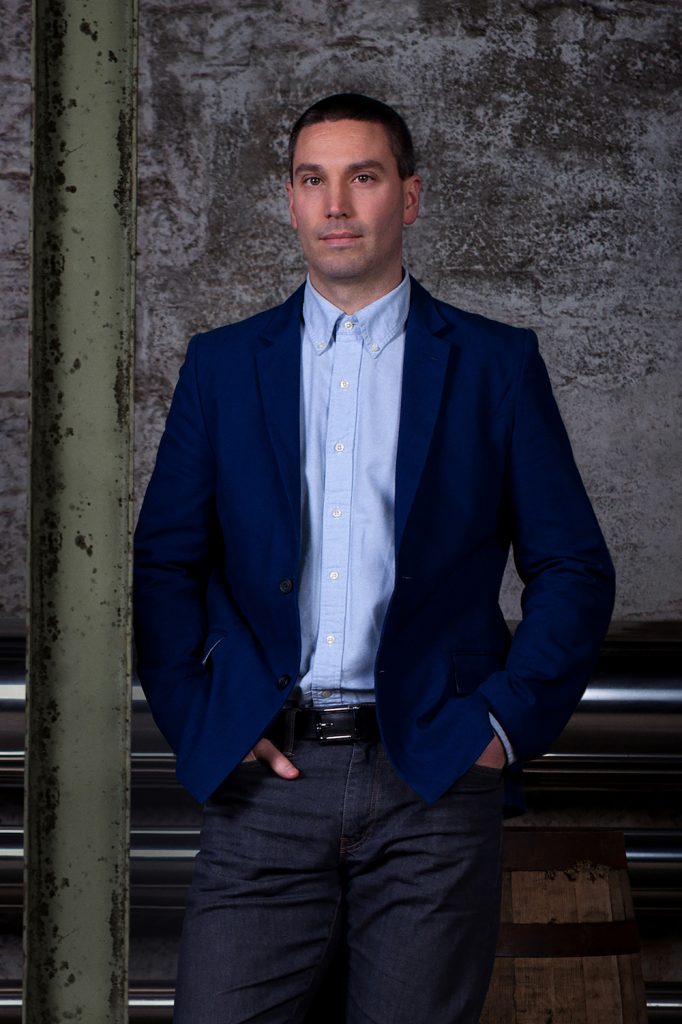 Working outside of oak

But then there’s the other side of the coin: innovation. Curran is constantly liaising with cooperages, wineries and agencies to find something unique. For bourbon or Scotch, these conversations can’t be as far-reaching as they can for Irish whiskey, where Curran gets to consider the multitude of flavours you can get from different types of wood. “The permutations are enormous, so it’s fantastic for the category. It gives us a big point of difference, and we’re really only at the beginning of what we could achieve. And we’re just one producer of many that are trying to uplift Irish whiskey”.

Curran has a lot of factors to consider still, like ensuring these unusual trees don’t over-season the whiskey. Each trial is carefully monitored, with Curran tasting the variants every month to build up a sensory profile and doing constant chemical analysis. Density and porosity tests, which take place at the University of Huddersfield, tell Curran a fair amount about what a particular wood is going to give him and how fast it will give it. The nose is the main instrument, however, which is applied to a stock so varied and vast he says he can’t throw an exact number on it, but that he has access to well in excess of 100 different casks, not just varying in wood species but with different seasonings and origins.

Relationships with cooperages are a key part of the job. The Antonio Paez Lobato Cooperage in southern Spain, for example, is one that Curran sees as an extension of the Irish Distillers family. It’s supplied the seasoned Oloroso casks for Jameson and Redbreast for years. “We know what their quality is like and we have agreements in place to preserve that consistency of supply”. For anyone new, Curran always samples the liquid that was used to season the cask and chemical analysis is undertaken to make sure no undesirable compounds have found their way in. Due diligence with supply extends to sustainability too, from only working with certified timber to making sure that forestry is extensively controlled in the region the casks are sourced. 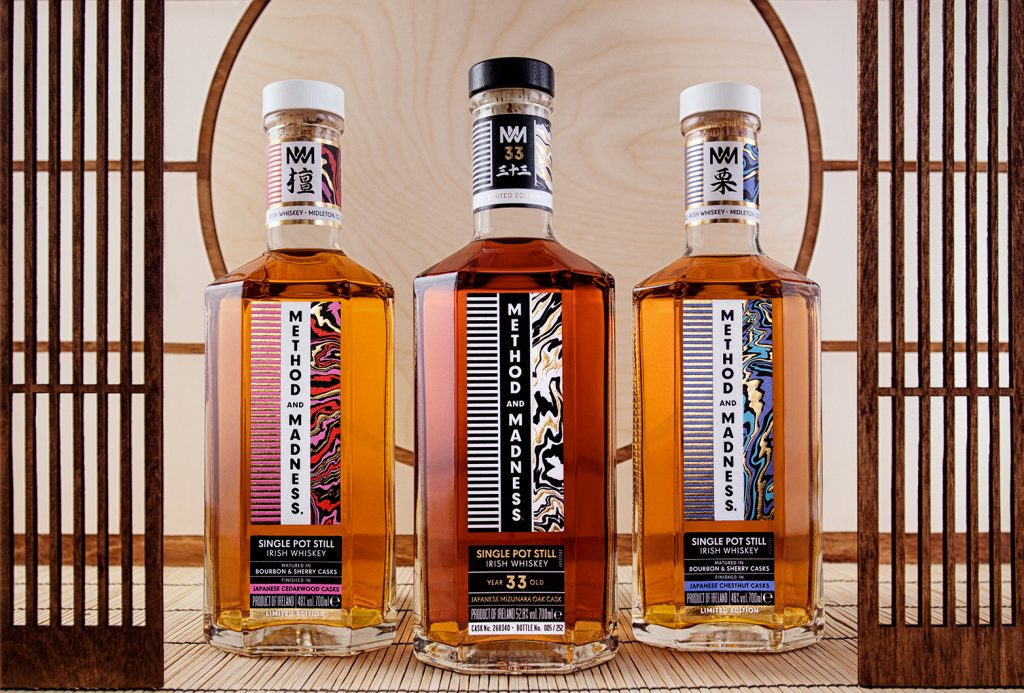 Curran and I spoke after an event this week in which three new Method and Madness whiskies were launched. This time, it was rare Japanese casks that met Midleton’s methodical madness in a limited-edition series featuring single pot still whiskeys including a 33 year old finished in Japanese mizunara oak for three years (the oldest Irish whiskey to be finished in the sought-after Japanese oak), and two others, finished respectively, in Japanese chestnut and Japanese cedarwood casks for over 13 months.

The Irish whiskey maker worked closely with the esteemed Ariake Sangyo cooperage in Miyazaki, the only independent cooperage in Japan and family-owned since it was founded in 1963, to procure a selection of rare and precious casks. The mizunara is the most expensive cask at a couple of thousand euros a cask, and it’s a very thirsty wood. “If you ever want to see a grown man cry, in three years we lost 41% of the spirit,” he remarks. Still, the high density and medium char have played wonderfully with that older, tropical fruit-drenched profile you find in old Midleton spirit, adding notes of old leather, a generous slab of coffee cake filled with walnuts and an amplification of the pot still creaminess which turns into a rich, rewarding waxy texture.

The other two expressions are single pot still distillates first matured in bourbon and sherry barrels before a finishing period in Japanese cedarwood casks, a world first for the Irish whiskey category, and Japanese chestnut casks, marking a new first for the industry. What’s really interesting about these two is that the spirits going into the cask are essentially the same. “They were filled at the same time, stored in the same warehouse conditions – what we’ve got here is a set of consistent variables so the difference is all in the wood type,” Curran explains. 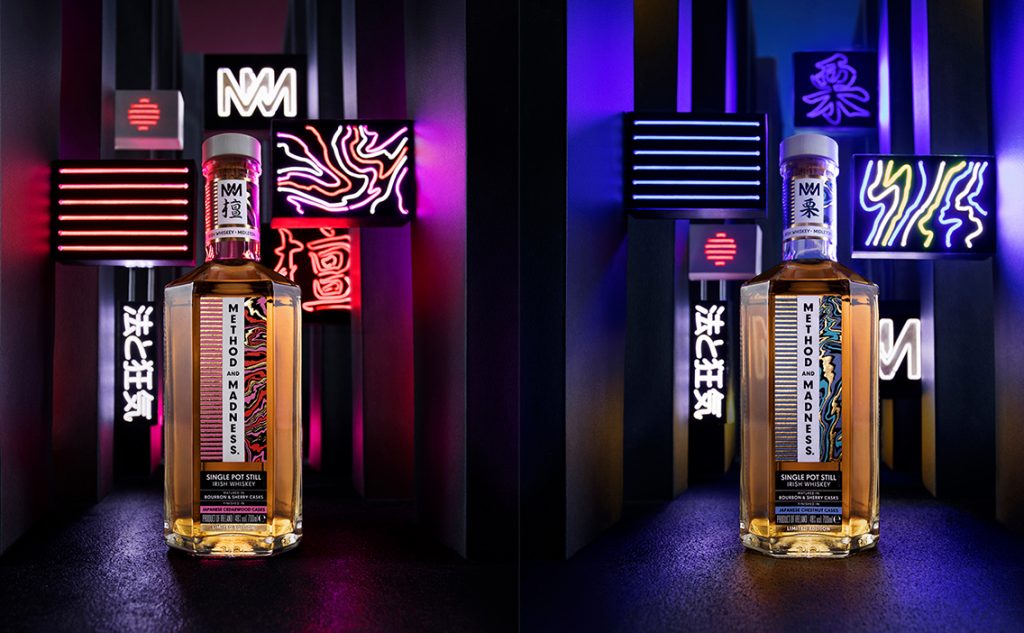 Two examples of how much wood makes an impact

The Japanese cedarwood, a type commonly used in sake, was made with logs sourced from the Kyushu region in southern Japan, where the warm wet conditions create a particularly fragrant and porous wood. “Its density is 0.38 g/cm3 (per centimetre cubed dense), nearly half what American oak is. So we knew we would get a lot of wood impact quickly because the wood is so open it’s going to suck that spirit in like a sponge” Curran says. This was the most intriguing spirit of the range, not perfectly balanced perhaps but completely original. It’s characterised by notes of eucalyptus, delicate fruit, and almost gin-like fresh botanicals.

The Japanese chestnut, by contrast, is made with wood in a part of southern Japan, where the rocky terrain and abundant rainfall make for a relatively high wood density. In a fascinating range, this got a little lost in the glamour of mizunara and the singularity of the cedarwood. But it still had its moment with a good balance of strong notes like liquorice, orange zest, and peppery spice, and was also put to good use in a number of cocktails too. 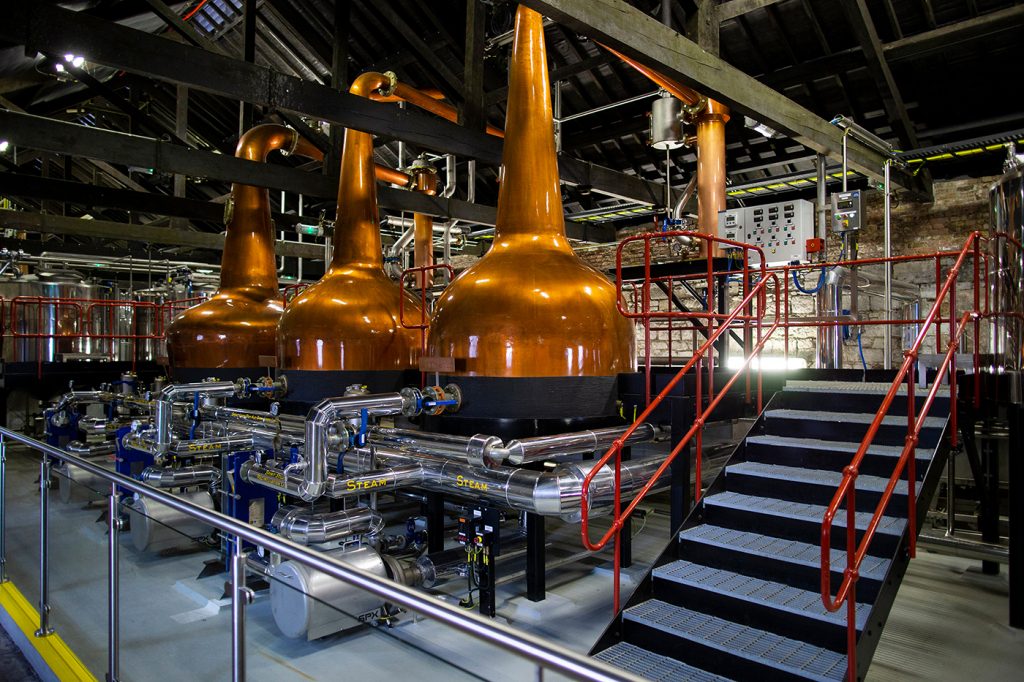 The micro-distillery where Method and Madness is made

The latter two expressions are great demonstrations of how much wood drives flavour, but even Curran is keen to underline that there are a lot of variables that have a great impact on the final spirit, and points to Rye and Malt as an example where distillate is king.

Regardless, witnessing first-hand how all the wood variants bring something different makes me very excited to see what Method and Madness, and Irish whiskey as a whole, will do next. Oak will still play a huge part, of course, and it will take some time for most of the new producers to be able to have the capital and connections to source as widely as Irish Distillers.

But with the growing number of distilleries and independent bottlers, the singularity of pot still, and the freedom of three little words: such as oak, the boundaries of what’s possible in Irish whiskey making are primed to be pushed all over the place.

Cocktail of the Week: The Hanky Panky