Some of the UK’s finest bartenders took part in the Scotch whisky brand’s challenge, but there could be only one winner of Talisker’s Race to Skye competition.

Stefanie Anderson of Bon Vivant, Edinburgh has been crowned the champion in the annual Race to Skye competition. She follows in the footsteps of inaugural winner Andrew Lennie, from The Printing Press Bar & Kitchen in Edinburgh. 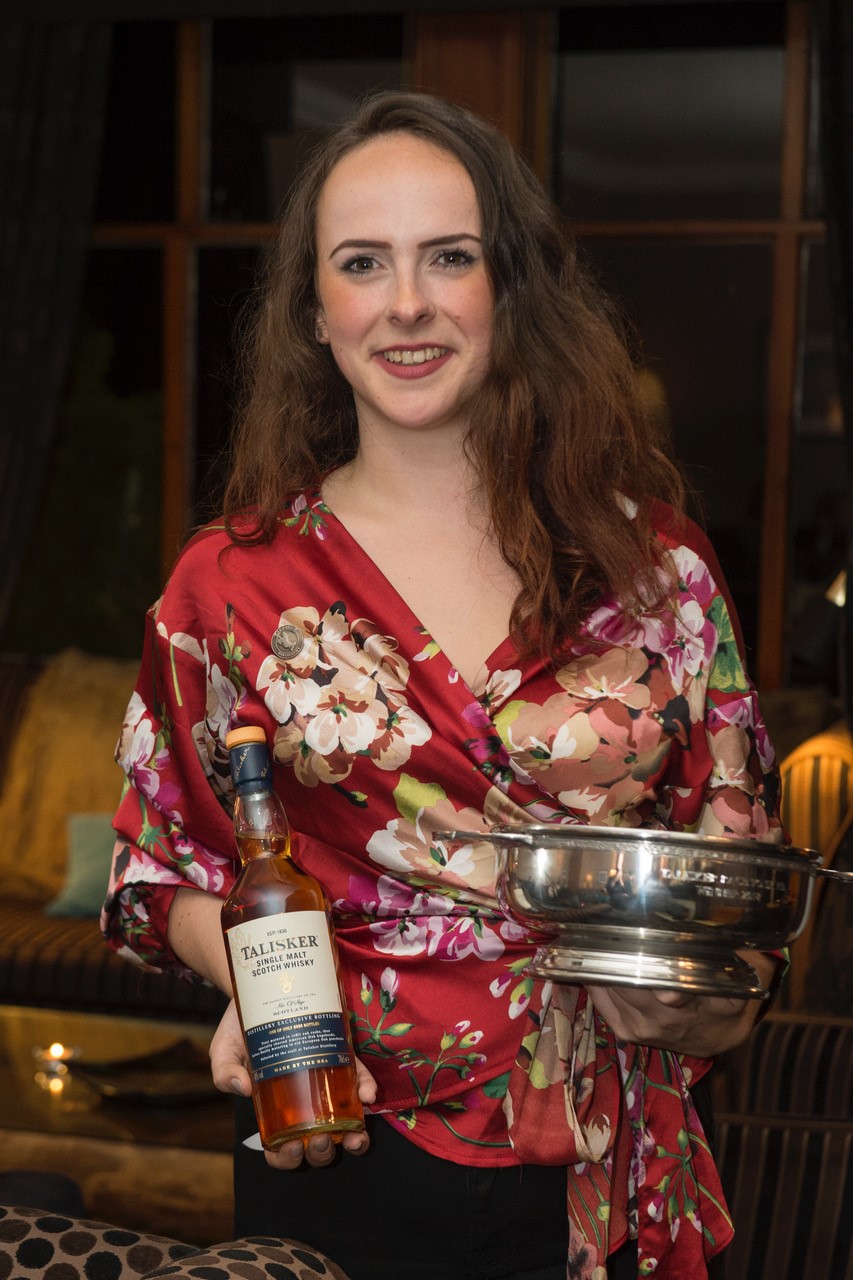 Talisker’s Race to Skye bartender competition, first launched in May 2017, was created to challenge bartenders from across the UK to create a cocktail that best embodied the Scotch whisky brand’s ‘Made by the Sea’ philosophy. The magnificent final seven bartenders were whisked away to the scenic Isle of Skye, the home of Talisker, from the 13th – 15th August to compete in four challenges.

Talisker’s Race to Skye: The challenges 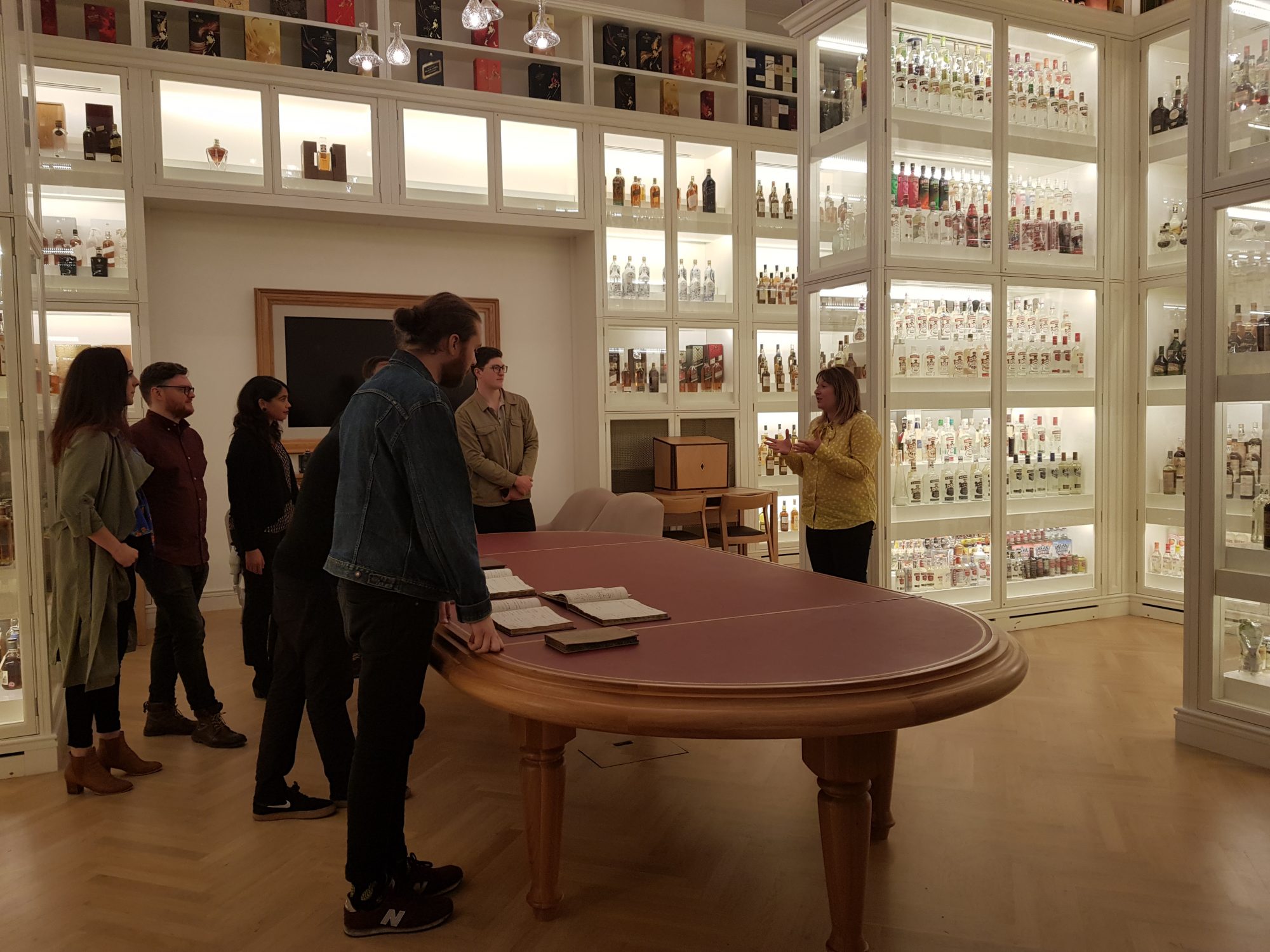 The stunning Diageo archive in all its glory

The first task followed a tour at the Diageo Archive in Menstrie by malts archivist Joanne McKerchar, who talked through Talisker’s turbulent history surrounded by an array of incredibly old and rare bottlings. The challenge was a good ol’ fashioned whisky taste test, where each competitor was presented with six unmarked whisky samples and had to identify which distillery they came from. They had just 25 minutes to nose and taste each dram, which could have been from any of the following: Glenkinchie, Lagavulin, Caol Ila, Oban, Cragganmore, Dalwhinnie, Talisker, Clynelish, Cardhu, Blair Athol and Royal Lochnagar distillery. 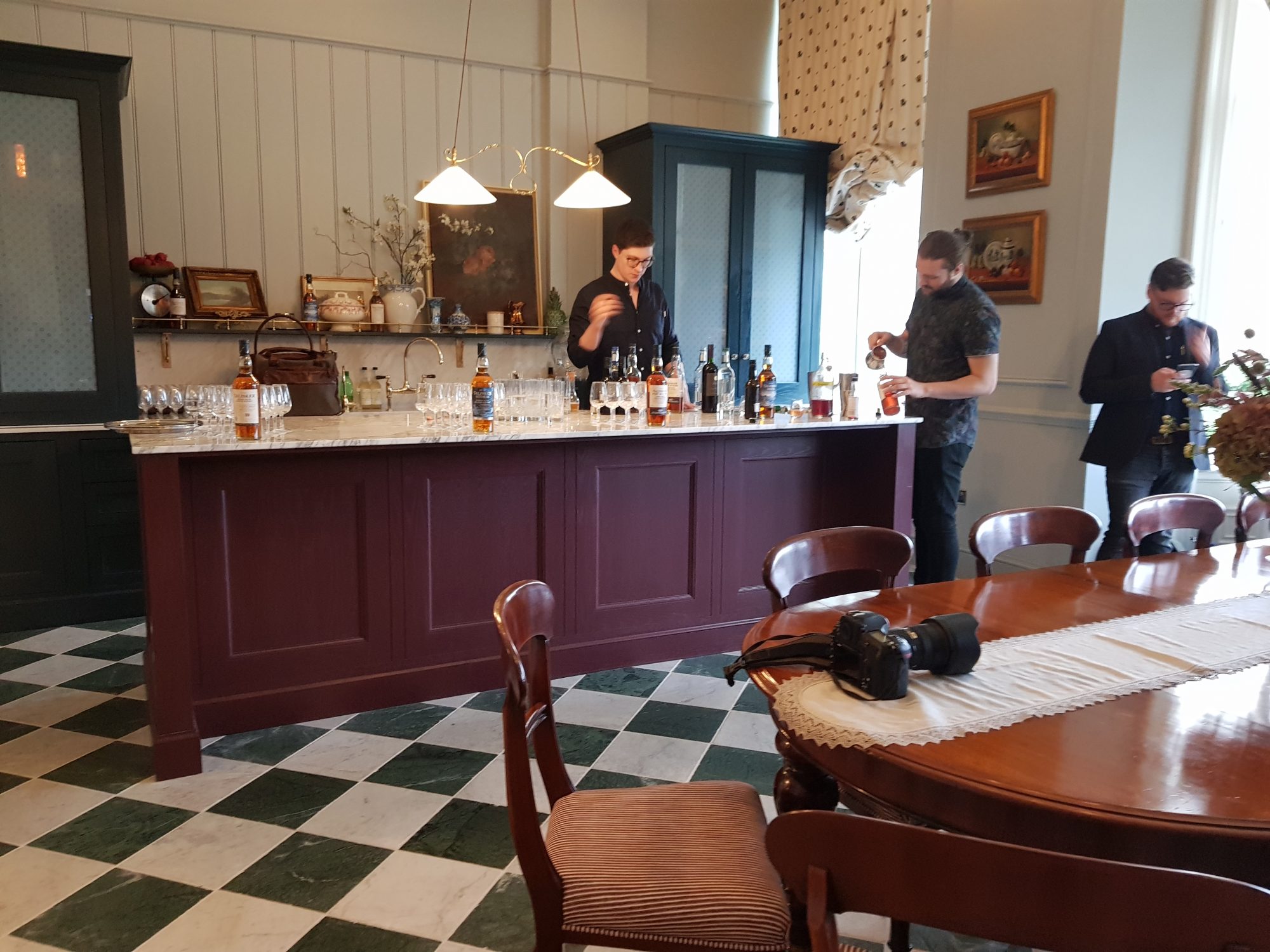 The second challenge was to create a classic cocktail food pairing. It revolved around a six-course dinner, situated at the iconic Gleneagles Hotel in
Auchterarder with some of the finest seasonal produce Scotland has to offer. The finalists were each designated a course and had to create a cocktail to complement a dish or fashion an apéritif. Bartenders could choose between Talisker 10 Year Old, Talisker Skye, Talisker Storm or Talisker Port Ruighe as a base. Each competitor was evaluated on the components of the serve and their presentation skills. It was a fabulous display of the sensory prowess top bartenders work with. None of them had tasted the food they were serving their cocktails with, and yet each was paired and presented beautifully. 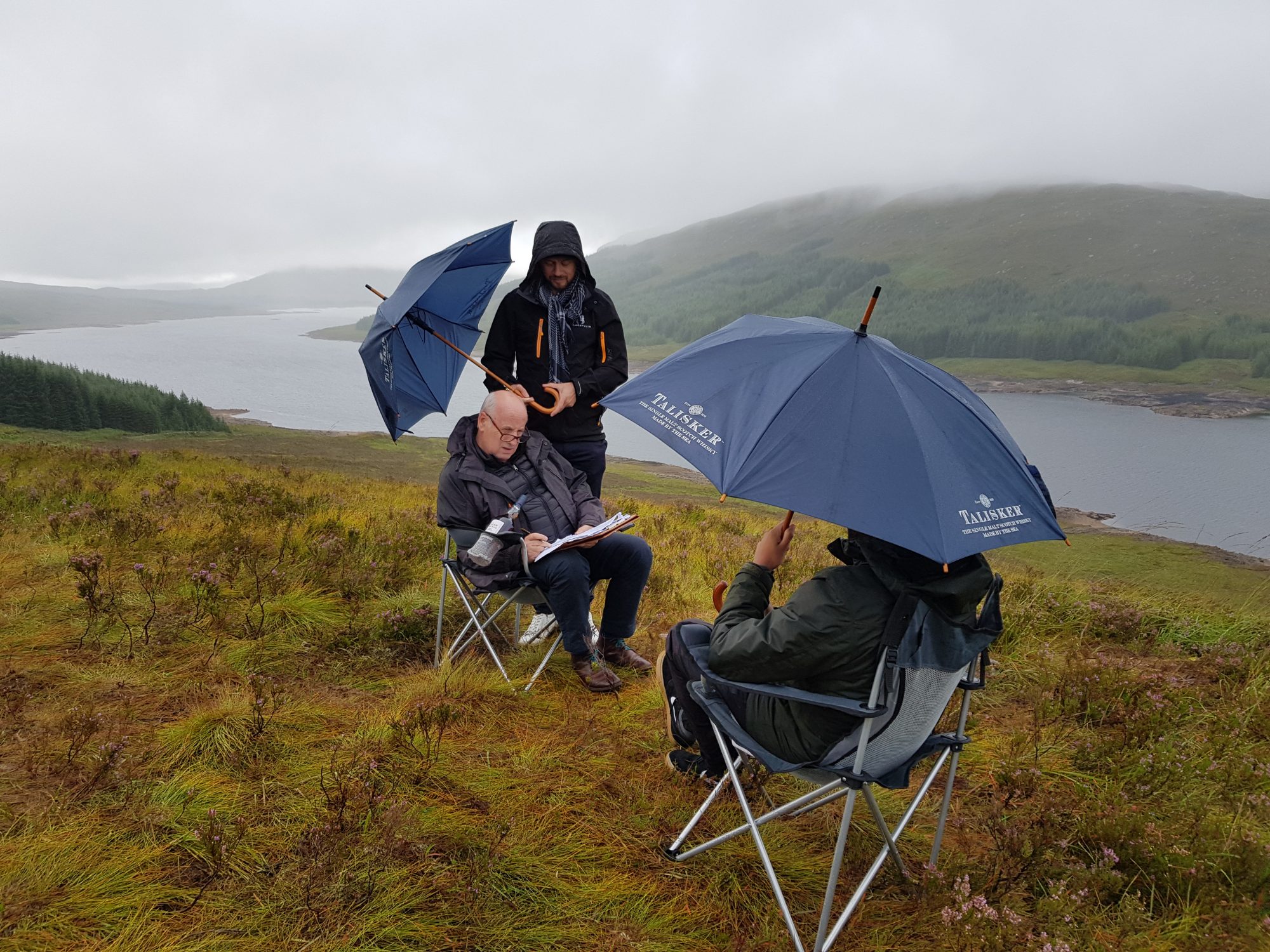 On day two, the bartenders embarked on the journey to Skye. In the middle of our trek across the picturesque Scottish countryside, we stopped for the third challenge: a ‘Mastermind’ style quiz. Against a backdrop of sprawling mountains, the enigmatic GB whisky brand ambassador, Colin Dunn played host and asked each contestant 20 individual, tailored questions. Topics ranged from cocktails, the Talisker brand and general whisky knowledge.

It was a thorough ordeal as each bartender competed against the elements (it was raining constantly and quite cold, in true Scottish style), the clock and Dunn’s array of quizzical quandaries. Prizes to anyone reading who can name the mountain region surrounding Talisker Distillery, the creator of the Screwdriver cocktail and where Master of Malt is based (ok, I admit that this wasn’t a genuine question, just Dunn messing around) without ‘Googling it’ first. 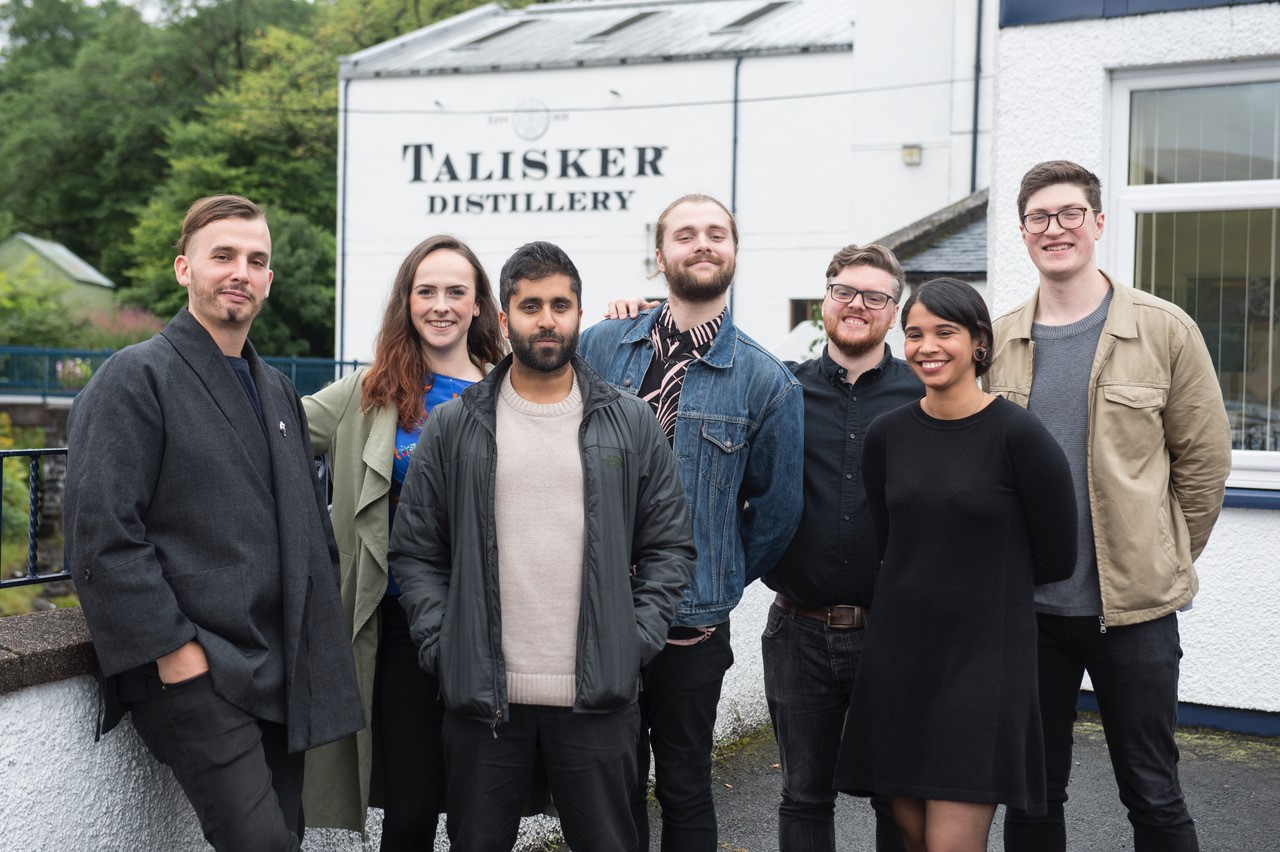 Talisker’s Race to Skye concludes at the distillery

To conclude the series of challenges, each bartender was required to present their Talisker ‘Made by the Sea’ signature serve to the panel of judges at the distillery visitor centre. They had just seven minutes to present the crafted cocktail. A minimum 25ml serve of any Talisker variant was required, and all techniques, equipment and vessels were welcome.

The contestants were judged on the following categories:

A sublime array of cocktail-crafting chops was demonstrated (as well as killer Nick Cage and Sean Connery impressions courtesy of Pendergast – you had to be there), but, ultimately, Stefanie Anderson (who has no connection to the controversial Anderson’s that once owned the distillery, thankfully) came out on top with her cocktail the Hebridean Phoenix. 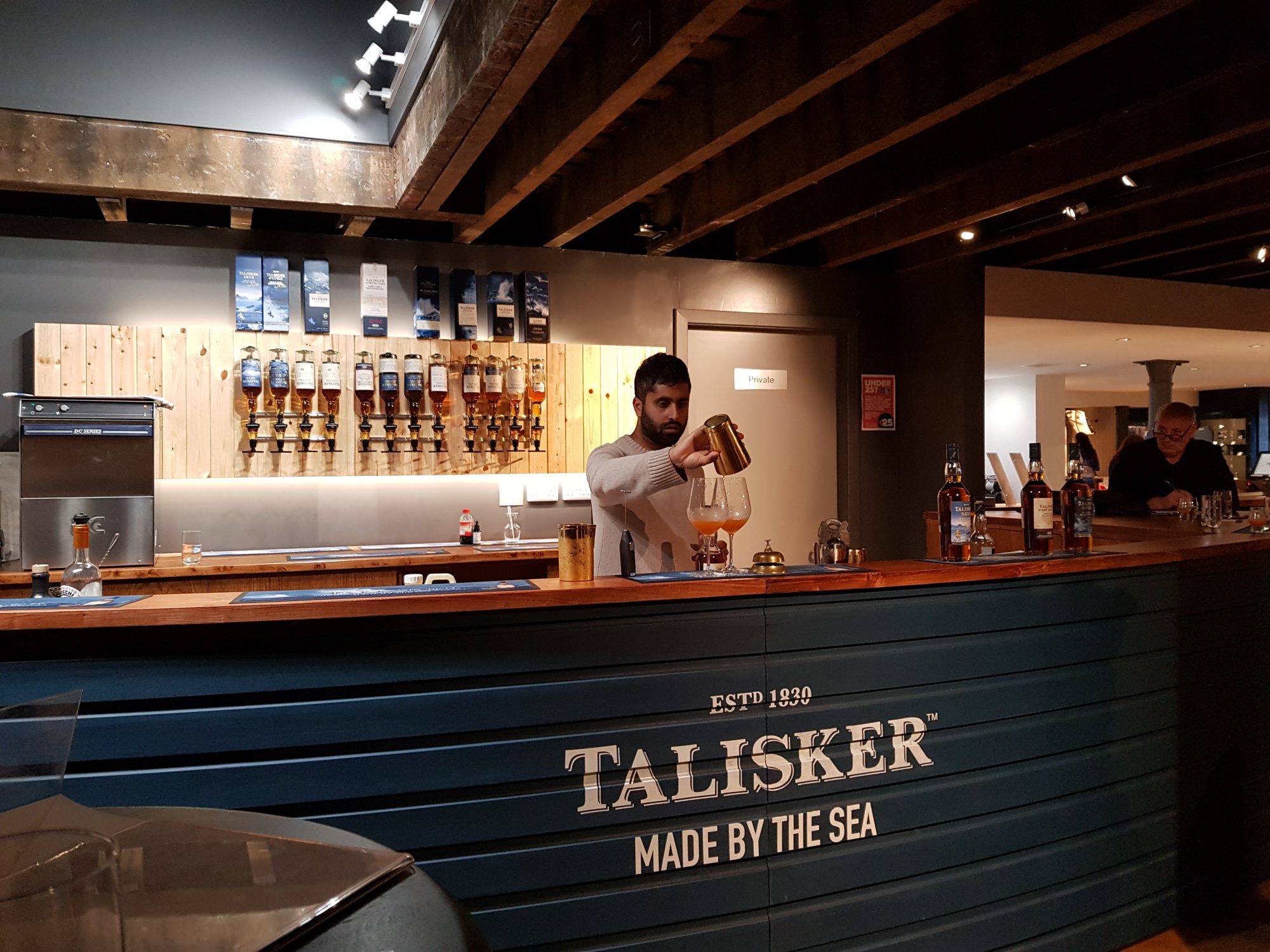 The concept for Anderson’s cocktail was rooted in a phrase Talisker had used to describe the distillery’s character: one foot in the land, one in the sea. Anderson herself is a fellow Scottish islander (from Seil in the Hebrides) like Talisker, and drew inspiration from this connection. The base she chose was Talisker Port Ruighe, the only contestant to do so, of which she used 50ml. “I got that smack of salt, that smack of smoke, as well as rich cacao and deep dark berries and thought: this is perfect for an earth and sea cocktail,” Anderson explained.

The whisky was combined with 30ml of a floral, sweet Italian vermouth which was infused with organic beetroot for several hours, which she chose as she felt it would complement Talisker Port Ruighe’s Port-cask finish. A total of 8ml of elderberry liqueur was then added. Anderson revealed that she chose elderflower with the ‘Made by the Sea’ theme in mind, as Scottish sailors were said to have brought branches of the elder tree with them on voyages to bring good luck and ward off evil spirits.

The recipe Anderson created also called for five drops of Burlesque bitters. She explained that this was an ode to the MacAskill brothers, the chaps who founded Talisker, who were seen a mischievous nuisance by the clergymen of Skye when they landed on the island. 2.5ml of citric acid and 2.5ml of sugar syrup was also used, “just to balance everything out”, as Anderson put it. 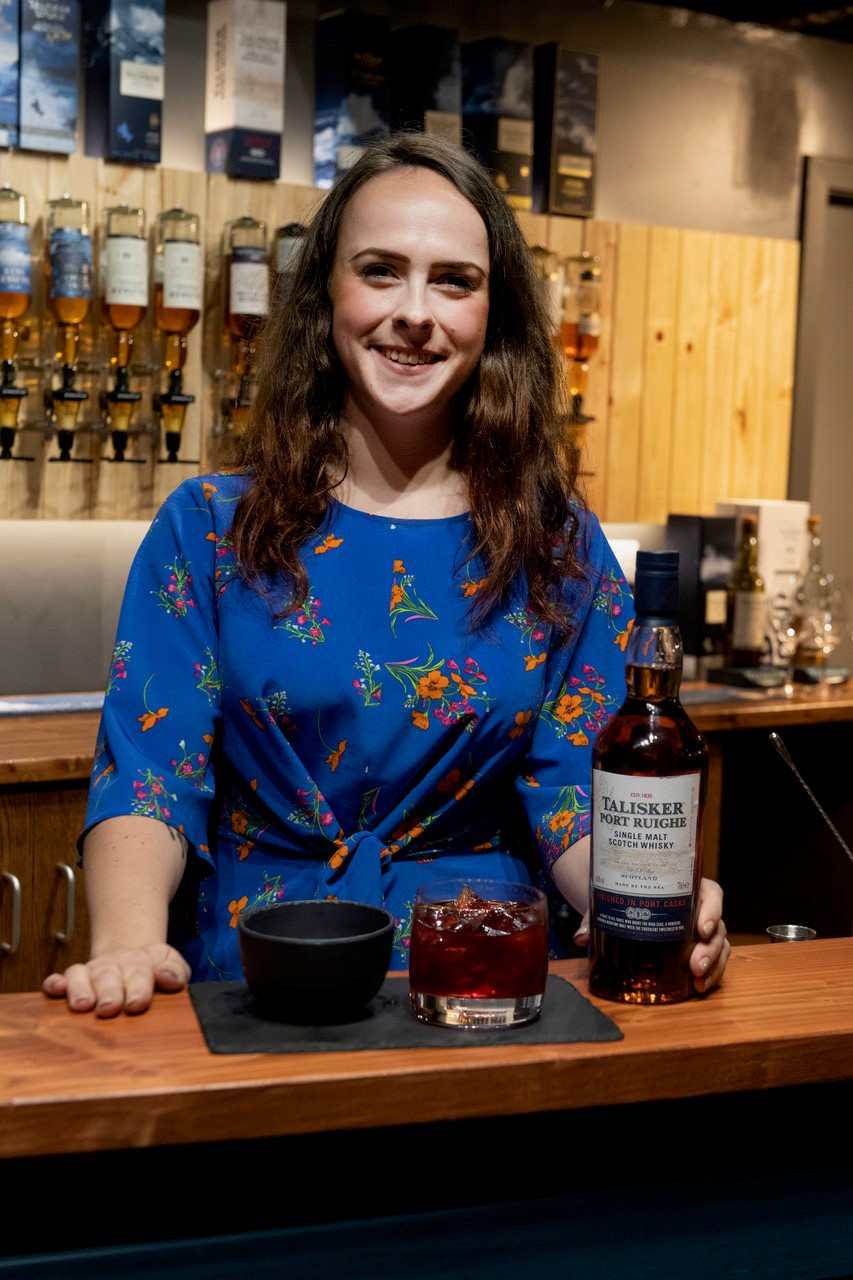 Anderson and her cocktail: The Hebridean Phoenix

Her serve was presented on a piece of slate complete with a charming slate bowl to “bring a little bit of home” with her, referencing the island nature of Talisker and her home in the Hebrides. For the garnish, Anderson took inspiration from a quote she read that described Talisker as being ‘an explosion on the palate’. She recreated this texture in her cocktail with sea salt popping candy.

The cocktail was named the Hebridean Phoenix in a reference not only to her heritage and the islander spirit but the history of the resilient Talisker distillery which had overcome many difficulties in its long history, including being entirely burned to the ground in 1960. “As Talisker has risen from the flames many times, such as the phoenix does, I thought I should pay tribute to this beautiful whisky and this beautiful place that we’ve all come to today,” Anderson explained. 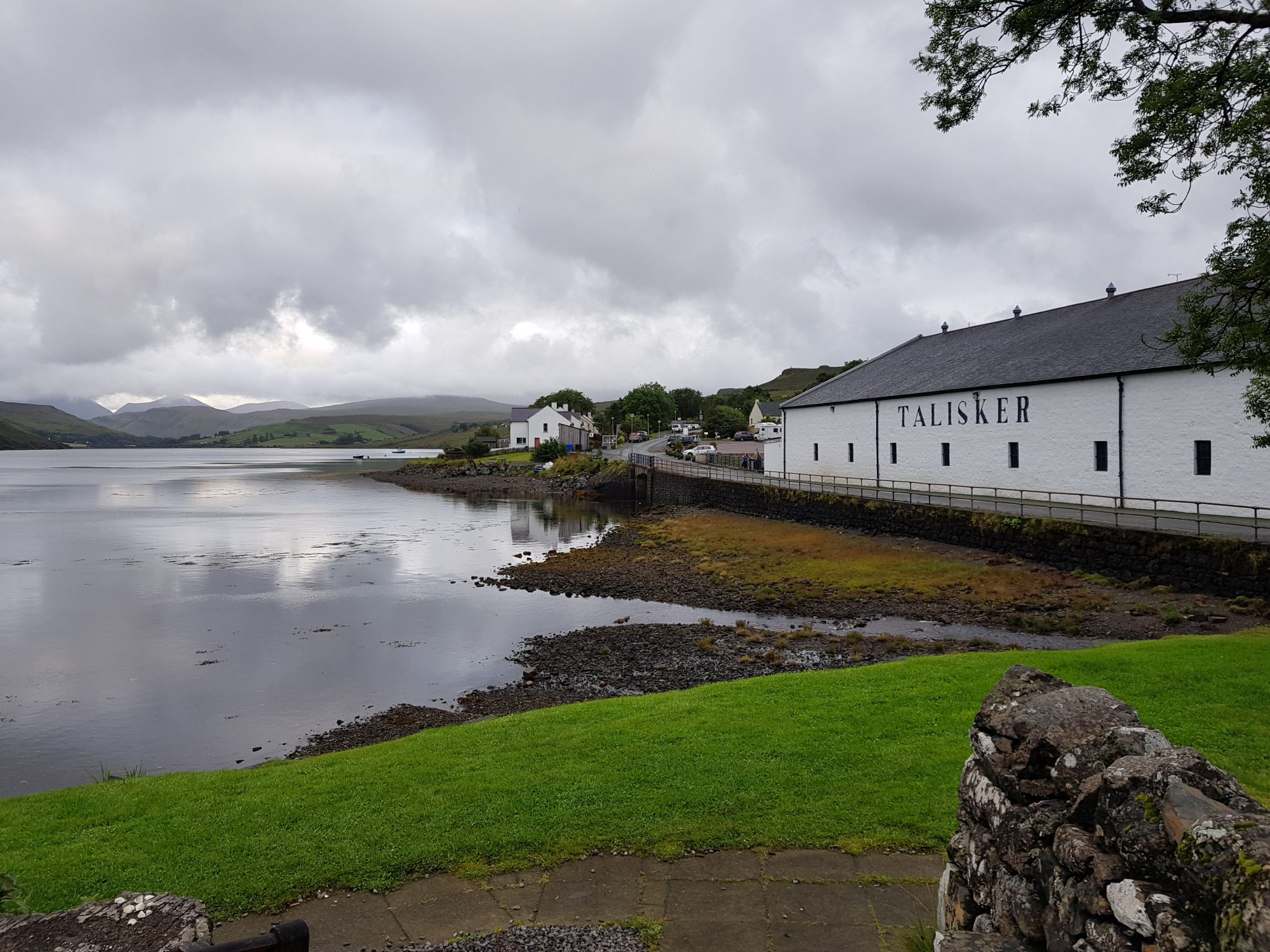 We might have raced to Skye, but we were in no hurry home

The judges were obviously impressed, as later that night, following a superb dinner and plenty of Talisker drams, Anderson was announced as the winner in front of her peers. For her efforts, she was awarded an engraved quaich (which is great for sipping Talisker 25 Year Old out of – or so I hear…), as well as the title of honorary Talisker ambassador. In her role, she will support the brand in telling its story and communicating the ongoing Made by the Sea campaign. Anderson will now also enjoy a PR campaign to help raise her profile in the drinks industry.

“I’m delighted to have won the Race to Skye,” Anderson said. “The competition was tough and everybody presented amazing serves and real originality behind their stories. This is just an amazing way to round off the trip and I’m thrilled to return and carry the Talisker torch.”

Scottish malts ambassador at Diageo Reserve, Stevie Martin, added: “The Race to Skye again showed the possibilities and versatility of the Talisker brand when in the hands of the finest talent around. Our winner performed incredibly well across all four challenges and we are looking forward to working with her on Talisker single malt whisky moving forward.