Rolling on with our recent trend of bringing new brands to the UK market (and beyond), we are pleased to introduce you to the Spirits of Hven. A Swedish whisky distillery which produces gin and vodka in a most nontraditional way (most gin does not take 2 years to produce), Hven is located on a tiny island that was home to astronomer Tycho Brahe in the 16th Century.

When I imagined the journey to an island off the coast of Sweden in early March, I pictured snow, ice, and travelling in a boat exactly like like the one below.

Exactly as I had imagined it…

Perhaps I’ll give the sun deck a miss, though.

On the island of Hven, situated in the Oresund Strait between Denmark and Sweden, live about 300 people. Everyone knows everyone else. Of course, this is exactly where you’d expect to find one of the first distilleries in Sweden producing whisky, and only one of three pot still distilleries in the country.

The small island of Hven

Hven was once home to Tycho Brahe…

…Hven is now home to about 300 people

The distillery itself is a small, but rapidly growing, facility. When I arrived, they had already broken ground on their (rather significant) expansion.

A sunny day at the distillery

After a big lunch to stave off the cold weather, I was quickly handed a lab coat and ushered into the distilling room where all the magic happens. Henric Molin, Hven’s Master Distiller, began to explain the painstaking precision with which Hven produces their spirits. As my eyes widened at the sight of their beautiful stills, Henric proceeded to explain to me how various molecules react to heat, pressure, and time.

Master of his craft.

Suddenly, I’m transported to my university days and the Chemistry course I took. Twice. He goes on to describe the reactions between different compounds and using words that all seem to end in “phate” and “osis”. Suffice it to say, this is where science meets craft, and Henric has a mastery of both.

The spirit safe at Hven

This attention to detail is carried through everything Hven do. For many distillers, it takes less than 24 hours to make vodka and gin. For Hven, it takes up to 2 YEARS. Both their Organic Vodka and Gin spend anywhere between 6 and 24 months in oak casks before being redistilled and bottled into what we now know and love. This process leads to a totally unique flavour profile that really must be tasted to be believed.

At their heart of Hven is whisky production, and their whisky is produced from grain to glass with sustainability in mind. The Spirit of Hven Seven Stars No.1 Dubhe is the first of seven limited edition single malt whiskies that will be released from the Hven distillery each year through 2019. Every step in the production is done on site: steeping, malting, drying, milling, mashing, fermenting, distilling, and finally, maturation. Hven uses a combination of barley grown on the island, as well as some sourced from Europe. The spirit is aged in a combination of American, French and Spanish oak, each of which lends different flavours to final product. The whisky is then bottled at 45% ABV and shipped to our fine shores.

Having visited this place and seen the magic of the distillery and the charm of the people who run it, we absolutely had to make these available for you, our wonderful customers. We hope you enjoy them as much as we do.

Master of Malt @MasterOfMalt
6 hours ago
We explore the comeback of the classic Kentucky distillery @JamesEPepper with owner Amir Peay. 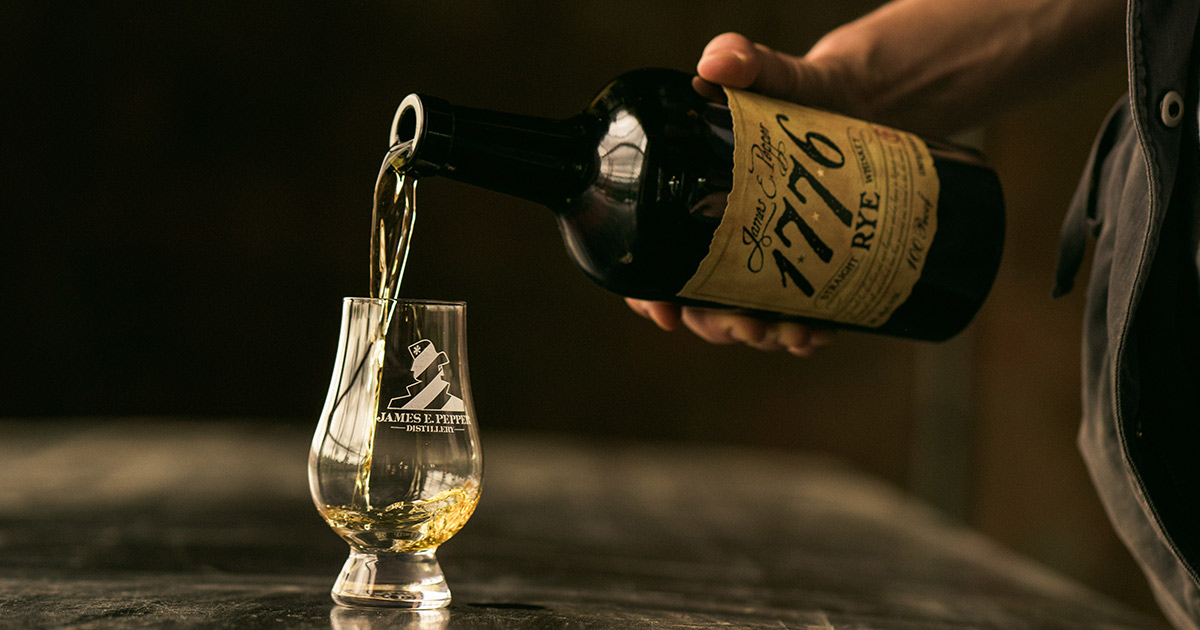 Master of Malt @MasterOfMalt
9 hours ago
Hard Seltzer, coming to a bar near you. For British readers this is essentially a hard soft drink, if that makes sense. https://t.co/1Pkm3ZZAAa
View on Twitter
0
0