Sandy Hyslop talks Royal Salute and the art of blending

As Royal Salute returns in typically extravagant style, we’re joined by the man behind the blend, Sandy Hyslop, director of blending and inventory at Chivas Brothers, to learn why Royal Salute is in a golden age, what the secret to blending well-aged whisky is and why Malbec casks are worth the cost.

Royal Salute is back with another limited edition whisky: the 21-Year-Old Polo Estancia Edition. It’s the brand’s first blend to be fully finished in Argentinian Malbec wine casks, a tribute to Argentina’s love of polo, a sport Royal Salute has a long-standing affinity with. It sponsors more than 15 international tournaments and the whisky even has polo legend Malcolm Borwick’s endorsement.

But this is a drinks blog, not a lifestyle magazine, so I know you’re much more interested in the whisky itself. And the man to speak to about that is the master blender, Sandy Hyslop. He’s come a long way since he got his start in the whisky industry in 1983 at Stewarts Cream of the Barley. He worked in the sample room as an assistant, a job his dad liked as he was able to study chemistry at Robert Gordon’s in Aberdeen at the same time. Hyslop soon found himself filling in a number of roles in the small company, learning the trade of vatting and bottling as well as working in the warehouse and in the inventory department.

But blending was always where his heart was. He was soon asked to go to the parent company’s main site in Dumbarton to work with head blender, Jack Goudie. “I was fortunate I’d been able to work right across the whole process so it gave me a broad palate when I started working with the legendary Jack,” Hyslop recalls. “Jack used to give me lots of lessons. He always said ‘it will take you 30 years to build the brand Sandy and it will only take you one bad batch to lose it. If you work to that ethos you’ll never get caught out’. And he’s right”. 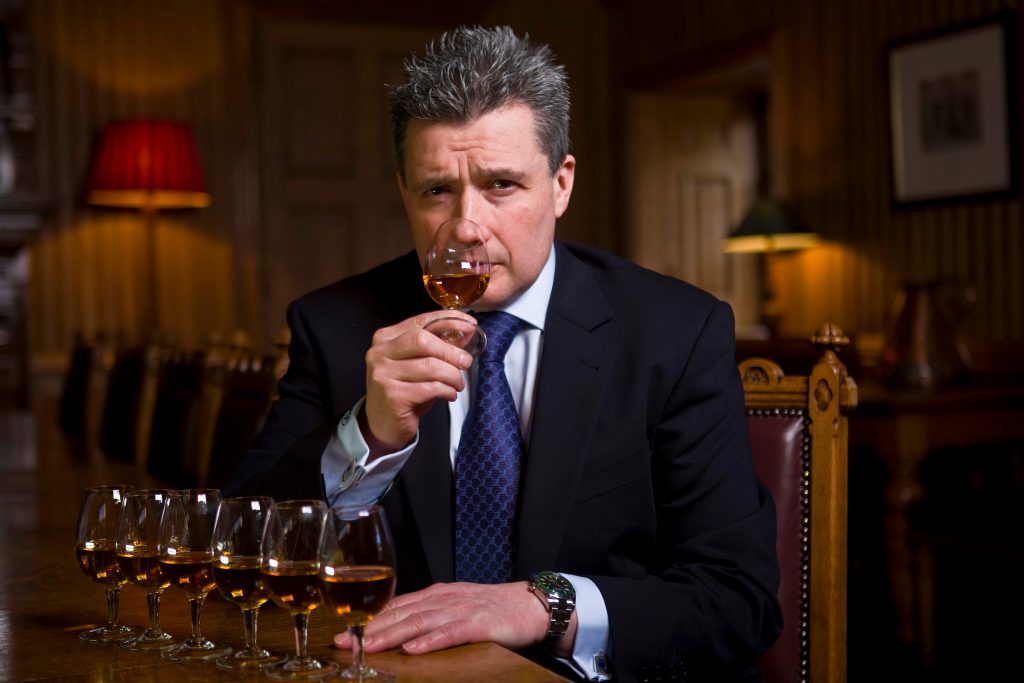 The guidance obviously paid off. Hyslop has been blending Scotch whisky ever since, working at Allied Distillers from 1994 and then for Pernod Ricard when it took over in 2005. When the French drinks giants came into town, Hyslop was given the reins to oversee the whole Chivas Brothers portfolio, looking after the inventory and even helping with cask purchasing. “I’m very lucky. Cask purchasing is not managed by a procurement department where we’re desperately looking for the best price. It’s the same with the laboratory and technical side. It’s about not just blending the right whiskies but laying the right stock down for the future”.

Hyslop is loath to point out that by the time distillate he was working on the morning we spoke is used in a Royal Salute blend, he’ll be retired. You can tell he’s genuinely gutted he won’t see these projects through and his enthusiasm for the brand and its history is infectious. Royal Salute was created to mark the coronation of Queen Elizabeth II in 1953 and the 21 gun salute that honoured her. The youngest age a whisky can be in one of its blends is 21-years-old and a total of 14 distilleries, including Strathisla and Longmorn contribute some of its finest stock. “It’s a whisky I always admired,” Hyslop says.

It’s not hard to see why. The portfolio is something of a blender’s dream. Few get to play with such an array of whisky, including stock that can reach 50+ years old. It’s a risky game, however. Mess it up and you’ve wasted precious liquid worth thousands of pounds. So, how does Hyslop do it? “My team understands long maturations and appreciates different fills of cask. It’s a balancing act learnt over many years. A first-fill cask is not the be-all-and-end-all when you are blending something that’s so old. I desperately don’t want too much oak flavour. I want the distillate character to be able to shine through too. So I am using second-fill casks in the blends to get that balance of flavour right. The rich, sweet, opulent character should be complemented by the lovely, toasted oak-vanilla notes coming from the cask, not completely overpowered with it”. 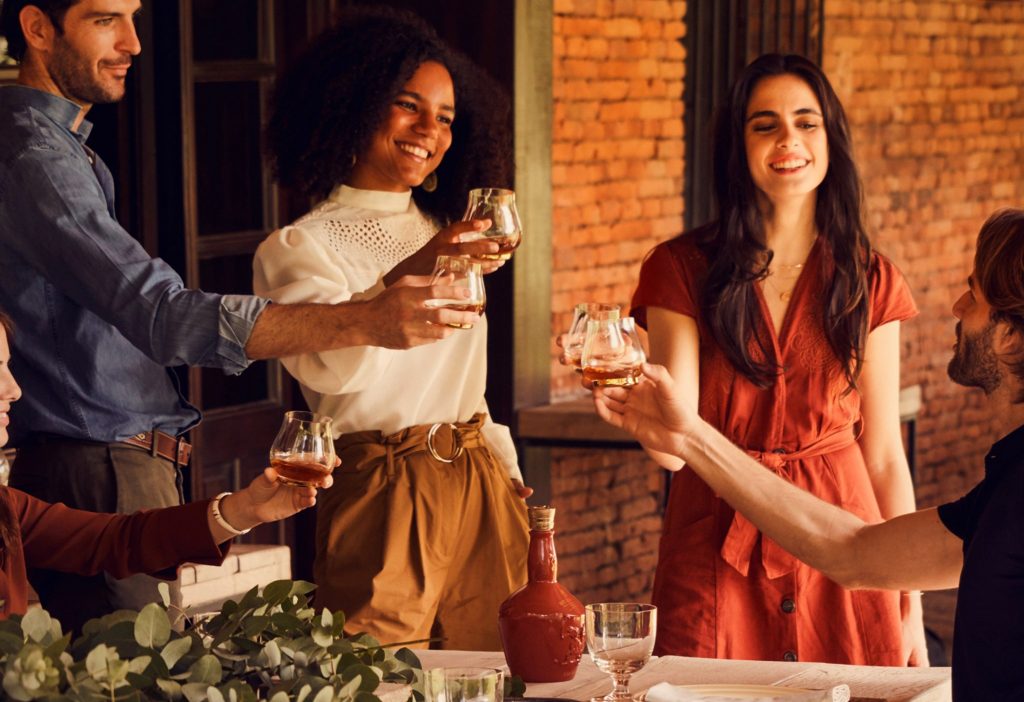 Hyslop thinks the category is increasingly making whisky lovers question the notion that the finest drams are all single malts. “I love single malts. They give you the profile of the distillery and four or five real key signature flavours that can be really enjoyable. But many of them won’t have the spread of flavours that a blended whisky does,” Hyslop says. “They’re so multifaceted. Particularly once you play with finishes, adding the influence from different cask types and different distilleries. It’s such a complex offering”.

Hyslop is kept busy by his art, with something like 42 new product development projects underway now across all the brands at Chivas Brothers. He isn’t overwhelmed by this prospect, however, but invigorated. “I am actively encouraged to go and try new things. I have a ‘license to fail’, to experiment with different casks and techniques. I also have the luxury of a significant inventory, with 365 warehouses all over Scotland. And the joy of nurturing each whisky since the day it was distilled and filled into casks all the way through that maturation journey to come out the other end, to make Royal Salute”.

This perspective is fueling something of a golden age for Hyslop, who says the brand is constantly pushing the art of blending into new, creative, and ambitious forms. “In recent years we have been really innovative. I think Royal Salute has absolutely found its feet. It’s been quite humble over the years. But now we’re branching out with these one-off magnificent expressions with unique briefs. It’s such great fun, it’s genuinely like a hobby. You can tweak the blend by making it slightly more malt orientated or putting in a lot more of one distillery, and then there’s the luxury of being able to bring in exotic casks”. 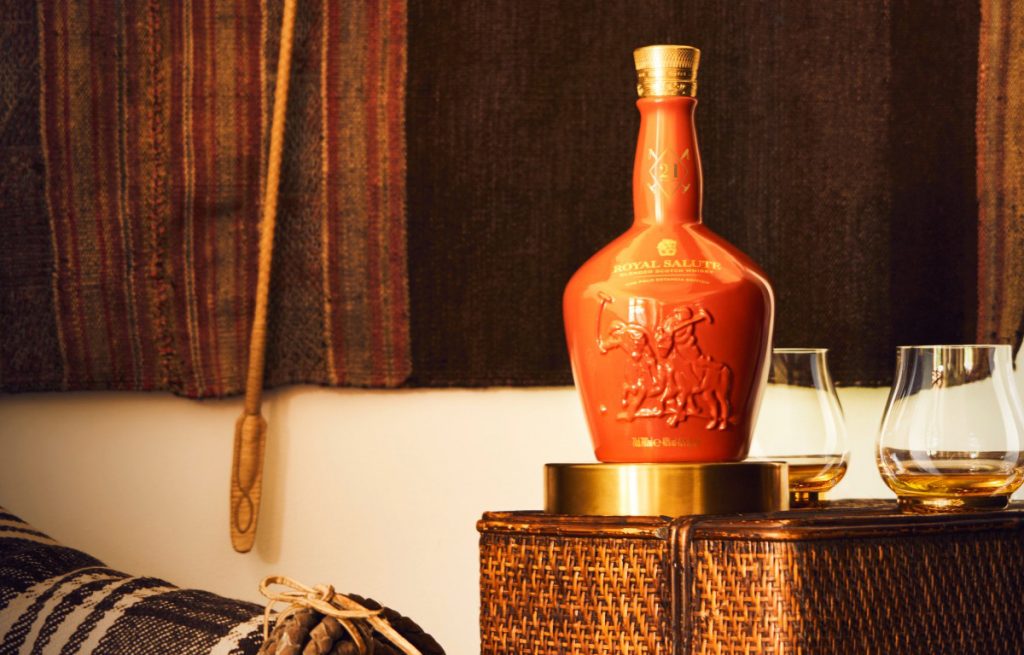 A golden age for Royal Salute?

The creative juices were obviously flowing for the Polo Estancia. Hyslop air-freighted freshly emptied Malbec casks from Argentina to Scotland (at great expense, he says) and did a trial batch to ensure the process would work. “About 80% of the casks were filled with whisky, then the rest were left empty to see how they handle a transit situation. From that, I was able to gauge the amount of flavour pickup you were getting. We were cautious to make sure we weren’t going to lose a lot of 21-year-old spirit on a crazy plan that wasn’t going to work. Once the whiskies were filled in those Malbec casks I checked them every four weeks to see the variation from cask to cask. That is how particular I am!”

The precision paid off. The 21-Year-Old Polo Estancia Edition retains the signature Royal Salute profile (I think sweet pear and peaches, Hyslop concurs) and it’s got the elegant, supple mouthfeel we’ve come to expect from Royal Salute. The depth and variety are there too, as the Malbec cask finish complements the whisky rather than competes with it. The rich, velvety mouthfeel kept me coming back for more, as did a distinct raspberry note, a bit like homemade raspberry jam. It’s a worthy dram to salute the master blender with.

Palate: Blackberries, dark chocolate and crème brûlée lead with a tremendous variety of rich, fruity notes underneath with charred pineapple, tart cranberry, orange marmalade and Conference pear. Acacia honey, nutmeg, liquorice is present underneath along with sandalwood, treacle toffee, soft woody tannins as well as some old leather and mint.

Finish: Long and sweet with a slightly dry and gingery finish.

A spotlight on... Sin Gusano