Lucy Britner
No Comments on Saluti to holiday drinks

From pastis to limoncello and herbal bitters, the world of ‘holiday’ drinks doesn’t have to suffer because we can’t travel as much. Lucy Britner rounds up a handful of favourites and offers some tips on how to enjoy them.

One of the best things about foreign travel is the wonderful – and often slightly weird – drinks. You know the ones, they appear unordered at the end of meals, or you see a cluster of locals sipping on them with a petanque or chess game on the go.

These are the drinks that give us a sense of place, and though many of us only enjoy them on holiday, there’s plenty of scope for drinking them back home. 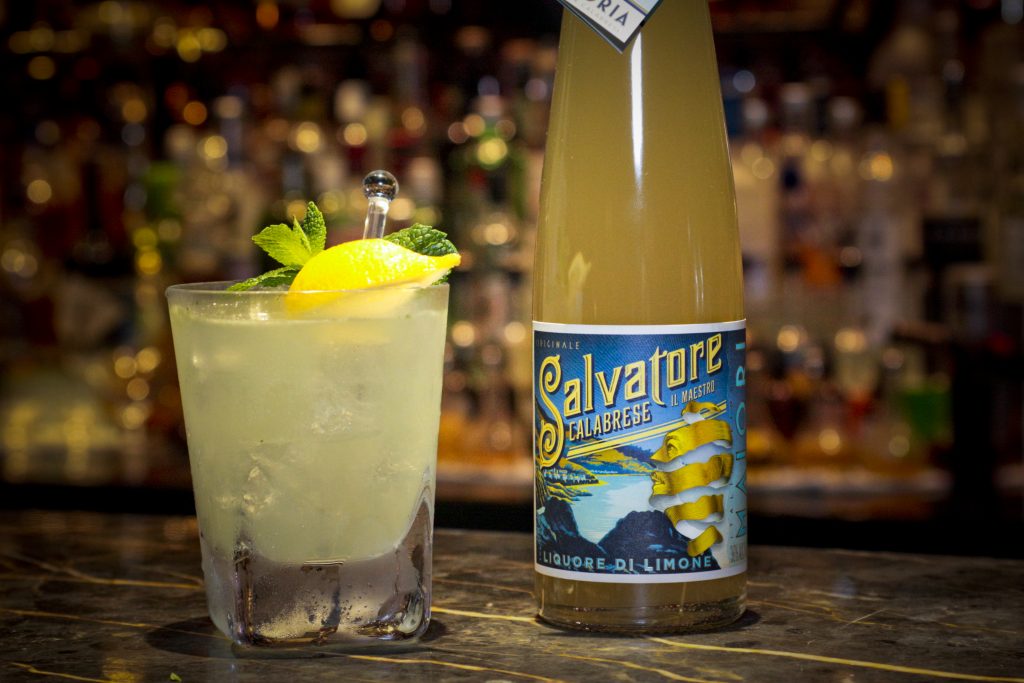 This is an Amalfi dream. In the rights hands, limoncello can be delicious

“This is a drink usually given – and not asked for – and it’s often homemade,” drinks maestro Salvatore Calabrese tells me from his holiday on the Amalfi coast. “It’s very popular here, in the country of the lemon – the Amalfi has the most beautiful lemon zest in the world and limoncello has always been a part of the culture.”

Calabrese says the drink became popular in the ‘70s when someone discovered that it was much more palatable when served from the freezer.

But if you don’t fancy it neat, Calabrese has a cocktail for that; one he invented at a party.

Shake all ingredients with ice and pour into a glass. “There wasn’t even a shaker at the party, so I just used a jar,” he says. “You don’t need lots of equipment to make good drinks, make use of what you have in your house.”

And, of course, the maestro has created his own version of a limoncello: Salvatore’s Liquore di Limone, which uses Cognac as its base, instead of neutral grain spirit. He also says the lemons for his drink are picked earlier for freshness. You can make the Amalfi Dream with this instead of limoncello, too. 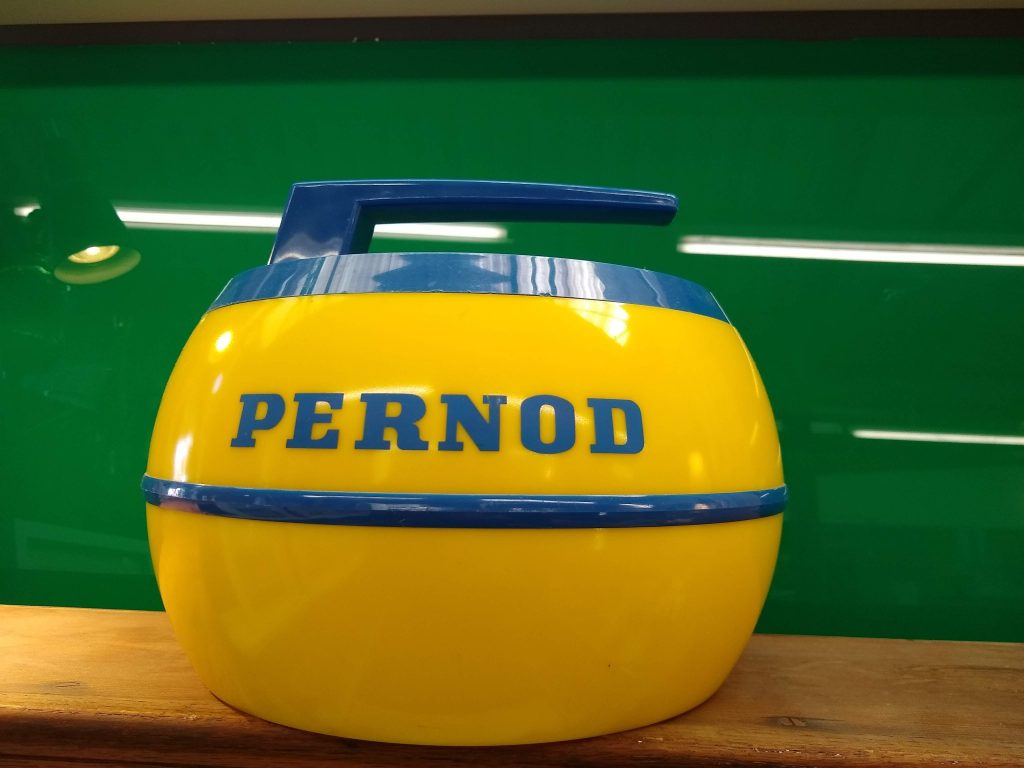 Nothing says south of France like a Pernod ice bucket

From Italy to the south of France and the pastis brand Ricard (yes, of Pernod Ricard) was founded in Marseilles by Mr Paul Ricard himself, in 1932. Ricard is a heady mix of star anise and liquorice, fennel and plants from Provence.

Or, if you’re team Pernod, Pastis 51, created in 1951, has a similar botanical line up. These drinks are often served in a glass with a chilled jug of water on the side. The liquid turns cloudy when you add the water because the essential oils from the botanicals aren’t soluble in water. This is called louching.

Anise-based drinks make appearances on many holidays – from ouzo in Greece to raki in Turkey.

And if you want to enjoy a bit of anise action at home, this Ricard recipe is a good place to start.

Mix everything except the water in an ice-filled glass. Top with water and garnish with lemon and mint.

Or, if you want a pastis from the UK, check out Cornwall’s Tarquin’s Cornish Pastis (see what they did there). Founder Tarquin Leadbetter suggests enjoying the pastis with water alongside some cold cut meats, olives and light cheeses before dinner.

“We also enjoy it with cloudy apple juice which complements the aniseed incredibly well,” he says. “For anyone looking to experiment with a more complex cocktail, why not try a Pastis Mauresque with Cornish Pastis, orgeat, lemon juice and an orange twist?”

Place all your wet ingredients into an iced cocktail shaker and shake vigorously for 10 seconds. Double strain into chilled rocks glass. Garnish with a twist of orange zest.

If you’re a fan of Jäger or Fernet, you have to try Becherovka. Or as we nicknamed it on a trip to its homeland of Czech Republic, ‘Buggeroffka’ ( we over-indulged). This herbal bitters is made using a secret recipe, though the keen beaks at MoM towers can decipher cinnamon, aniseed and thick honey.

We enjoyed it as a sort of Boilermaker, alongside a fresh pint of Czech beer, but there are other ways to get your herbal hit.

Alex Kratena, co-founder of top London bar Tayēr + Elementary – and a native of the Czech Republic – tells MoM that Becherovka is drunk back home as a highball called BeTon (Becherovka and Tonic), often with a slice of lemon. “It’s really delish and it’s also a bit of a pun as ‘beton’ means ‘concrete’ in Czech,” he says. 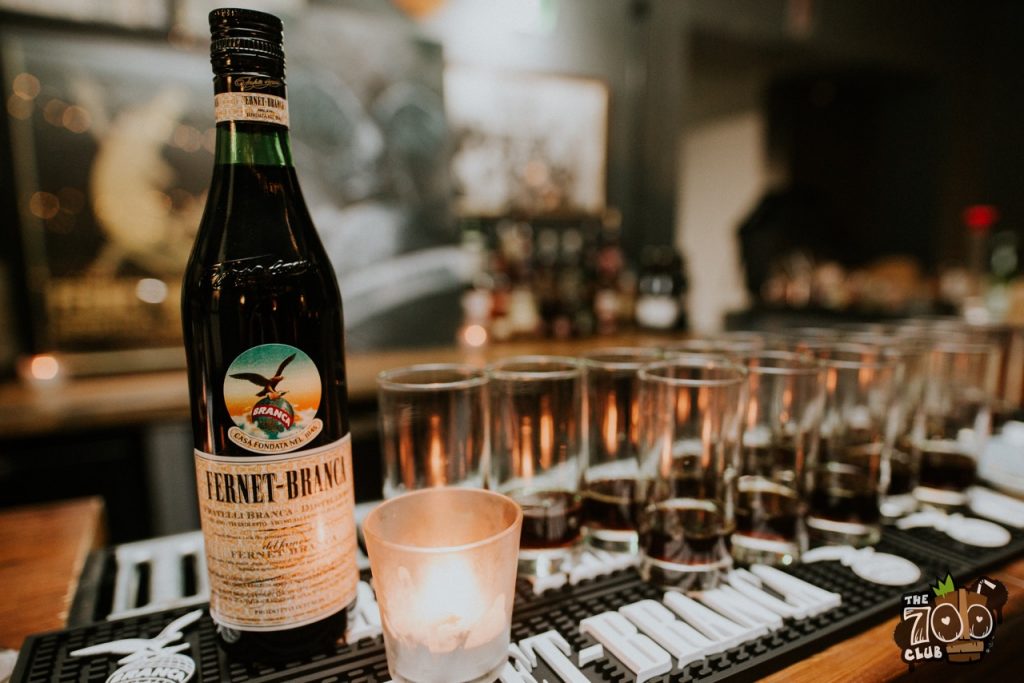 Always room for a Fernet-Branca

Ok, ok, Fernet has travelled further than many amaro. And though it was born in Milan, it is hot in Argentina.

Poppy Croft from Fernet’s UK distribution company Hi-Spirits, says: “Whilst Fernet-Branca originated in Milan, Italy in 1845, created by Bernardino Branca, it is reported that Argentina consumes 75% of the global Fernet-Branca consumption.” A thirsty nation.

Croft says that to enjoy your Fernet like you’re in Argentina, simply mix it with Coca-Cola in an ice-filled glass. “This also contributes to making Argentina one of the planet’s highest Coca-Cola consumers,” she adds.

If you’re wondering how much Fernet is enough – Croft suggests 50ml – and give it a stir.