Return to the Spirit of Yorkshire Distillery

We ventured north to the Spirit of Yorkshire Distillery for the first time in four years to see how things changed and taste some of the county’s first whisky: Filey Bay.

Yorkshire Tea, Tetley Tea, Tetley’s bitter, John Smith’s, Terry’s Chocolate Orange, Rowntree’s., Bassett’s, Henderson’s Relish, and the mighty Marks and Spencer, Yorkshire is the birthplace of some classic food and drinks brands. But there’s one thing God’s own country could never boast about: having its own whisky.

Until now. The Spirit of Yorkshire Distillery released its first whisky in 2020. Soon, Cooper King and Whittakers will also join the Yorkshire whisky revolution. But we can recall a time when the trailblazers were young hopefuls themselves.  In 2017, our very own Jake Mountain paid the distillery a visit and so now that there’s actual whisky to taste, we thought it was time for a revisit.

Unusually, the Spirit of Yorkshire grows all its grain, ferments, distills, and barrel ages on the site, which includes the Wold Top Brewery (founded in 2003) and the 600-acre farm it lives on just a short drive from the distillery. There’s no vodka or gin in sight. This is an English whisky distillery that runs with a simple objective: we’re the first whisky of Yorkshire, so we bloody better get it right. 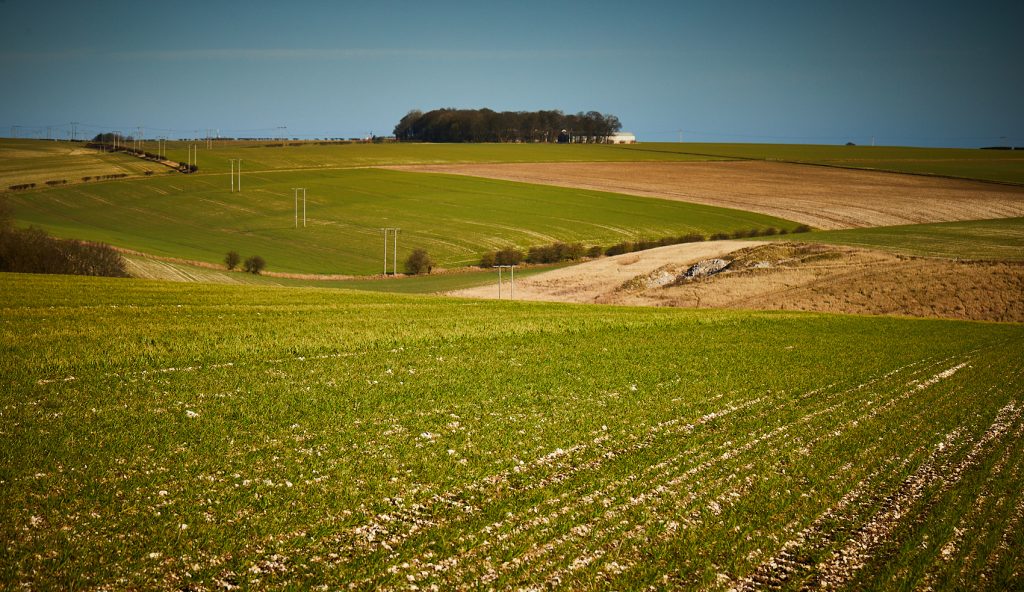 It all starts on the fields. Co-founder Tom Mellor has lived on the farm his whole life, while longtime friend and co-founder David Thompson’s area of expertise is crop science. Yorkshire may never have had much whisky to speak of, but it grows a healthy amount of barley. In fact, the Yorkshire Wolds is said to be the largest malting barley growing area in the UK. It seemed logical to grow their own raw material.

Thompson explained the advantages of this approach: “We have complete control over our raw material: the variety of barley we use, the methods of cultivation. That puts us more in control than the majority of distillers. We have the ability and flexibility of experimenting. The strengths certainly outweigh the weaknesses. As Yorkshire’s first, we don’t have any preconceived ideas of what we should be doing. As a result, we can do what we want with our product as nothing is expected of us”.

Mellor and Thompson use low-impact farming techniques making soil health and biodiversity a priority. The duo employ a technique called direct drilling, which means rather than discing (sic), ploughing, and then drilling the fields as per the ‘usual’ process, they drill a cover crop straight into the stubble left from the previous harvest. Every time you work the land you release carbon dioxide back into the air; but by keeping the soil undisturbed, that carbon stays in the ground. They’re also advocates of wind power, with two wind turbines providing all the electricity for the farm and brewery when spinning. 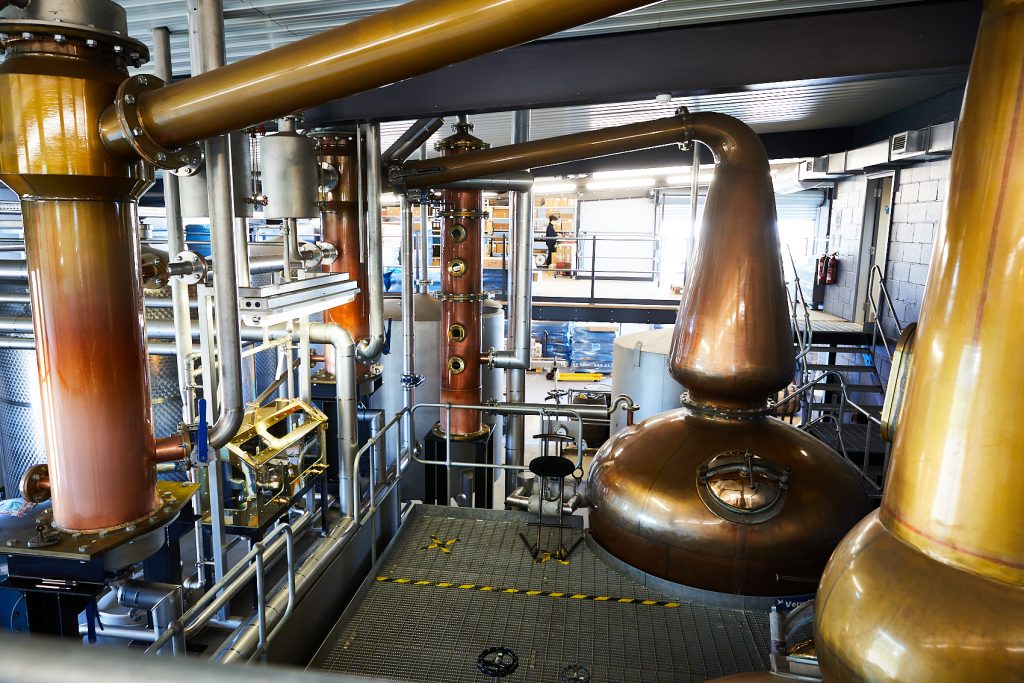 Distilling with a Yorkshire Twist

Malting, the sole part of the process that the Spirit of Yorkshire distillery doesn’t do on site, is handled by neighbours in Bridlington. Mashing and a long 75-95 hour fermentation takes place at the sister brewery, where intriguingly two strains of distiller’s yeasts are used instead of beer yeast. This was done on the advice of the late Dr. Jim Swan, and the process had the desired result, making a clear wort with fruity esters.

Distillation occurs in stills only dwarfed by the Lakes Distillery in England in terms of size, with a capacity to create 450,000 litres of pure alcohol per year. This isn’t a rinky-dink operation, these guys mean serious business. The stills were built by the always in-demand Forsyth’s, who couldn’t fit Mellor and Thompson in for two years. Was it worth the wait? “Definitely,” Thompson says. “The period of time that we spent looking for other suppliers confirmed that only Forsyth could produce the quality and shape for the consistency we wanted for high-quality production”. Whisky maker Joe Clark takes the cut by tasting it directly from the spirit safe.

The sizable stills aren’t the most exciting aspect of the Spirit of Yorkshire’s distillation process. No, that would be a four-plate copper rectifying still, or ‘The Yorkshire Twist’ as Clark dubbed it. It works by pulling a handle attached to the lyne arm before it feeds into the condenser, which moves the spirit into the column for some hardcore rectification. Spirit comes out of the standard pot still at 70% ABV, while the Yorkshire Twist sends out a hearty 87% ABV new make. This spirit is casked separately and its silky, light profile contrasts the pure pot still’s more full-bodied, unctuous new make. Both are delightfully fruity, supple, and distinctive.

Thompson says the inspiration behind the unique bit of kit was to create a point of difference and to explore the possibility of making a white spirit that the Spirit of Yorkshire could market before the whisky came of age. However, upon using the column, they realised the potential and benefit of creating two very distinct new make spirits. “This gave us flexibility within our product that was unique,” he explains. “As a result, no white spirit was sold as a product. We just concentrate on whisky”. 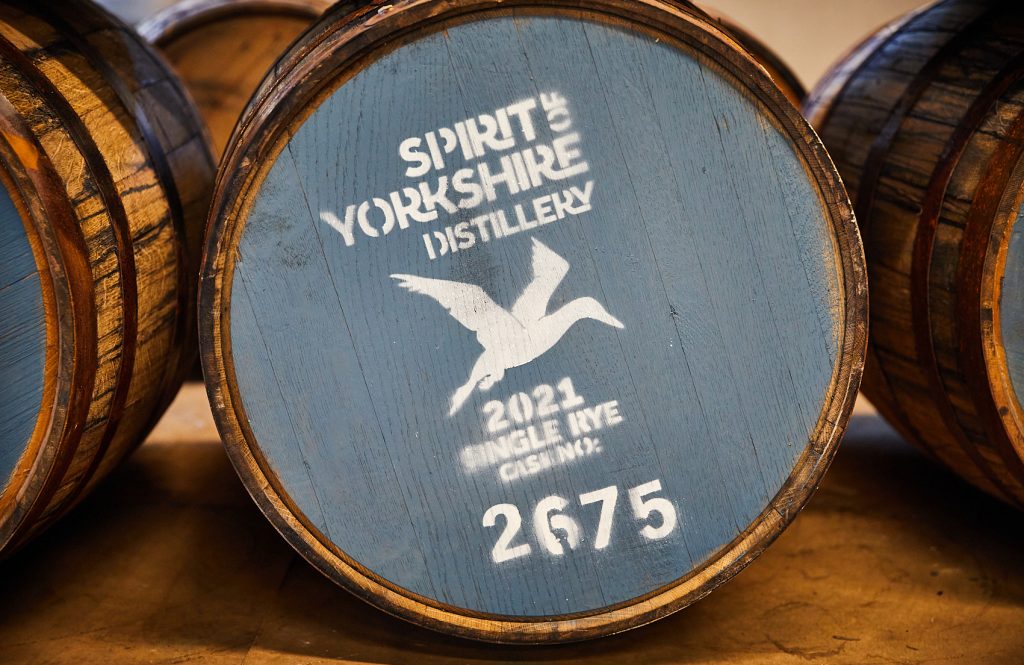 Ex-bourbon allows the quality new-make to shine, but there are plenty of interesting cask choices here too

The Spirit of Yorkshire matured

When we last came here, the Spirit of Yorkshire had laid down over 300 casks. It’s now on 3,200 casks filled, with the new make going in at 63.5% ABV, diluted using water sourced directly from chalk aquifers.  This ensures that consistency in the water supply.

First fill ex-bourbon remain the predominant cask of choice. “The light and fruity character of our spirit lines up very well with the flavour of bourbon casks,” Thompson explains. “This forms the backbone of our wood policy. We then add layers of flavour through our finishing process using STR wine casks, Moscatel sherry butts, and peated casks. There are also full-term sherry butts and hogsheads which have produced some stunning single cask bottles. We will continue to experiment with the finishing process as new and exciting casks become available”.

The STR casks are an obvious legacy of Dr. Jim Swan, and while the Spirit of Yorkshire has made plenty of its own strides, they are quick to praise his influence. “Having come into whisky-making with no experience it’s been a steep learning curve. From concept to the commission, Dr. Swan’s input was vital,” Thompson explains. “It’s certainly shaped our future. Losing him when we did, we’ve learned a lot on the job. So today, it’s a mixture of his influence and the results of what we’re doing from the advice he gave”. 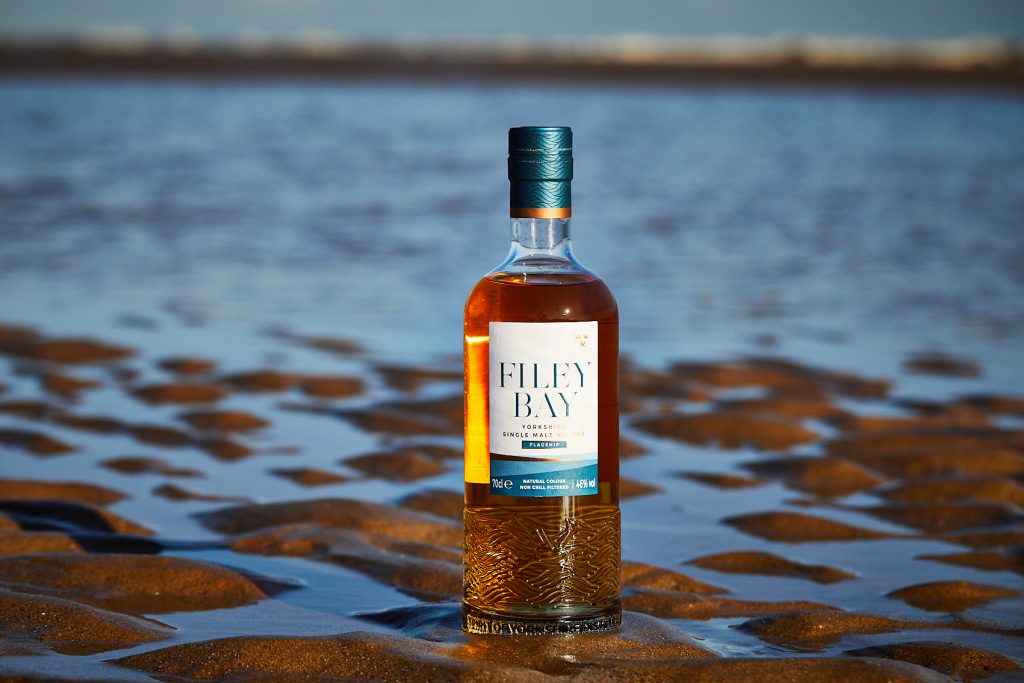 Defining the Spirit of Yorkshire

One thing Jake  wasn’t able to see four years ago was the complete package. The whisky is called Filey Bay after the beautiful beach near the distillery. While the local gannets that gather on nearby cliffs were made the emblem of the brand. The labels are vibrant and fresh, while the packaging is informative without being too detailed, with neat illustrations outlining the process. The brand set out to make something fresh and different from the start, “not just copying preconceived ideas of what whisky should be,” as Thompson says. “Our design, we feel, encapsulates our ethos”.

Not having any history gives the Spirit of Yorkshire the freedom to define what Yorkshire, and indeed English, whisky is. At the moment, however, Thompson wants to keep things simple by saying there is only one philosophy that guides the distillery: quality.

“In both the ingredients and process, we’re all about making something quality that the majority of people can enjoy. Something for everyone,” he explains. “The world whisky scene, particularly the English whisky, is very exciting to be a part of. It is starting to be taken seriously around the world. As long as we maintain the quality of production, the future is very bright”. 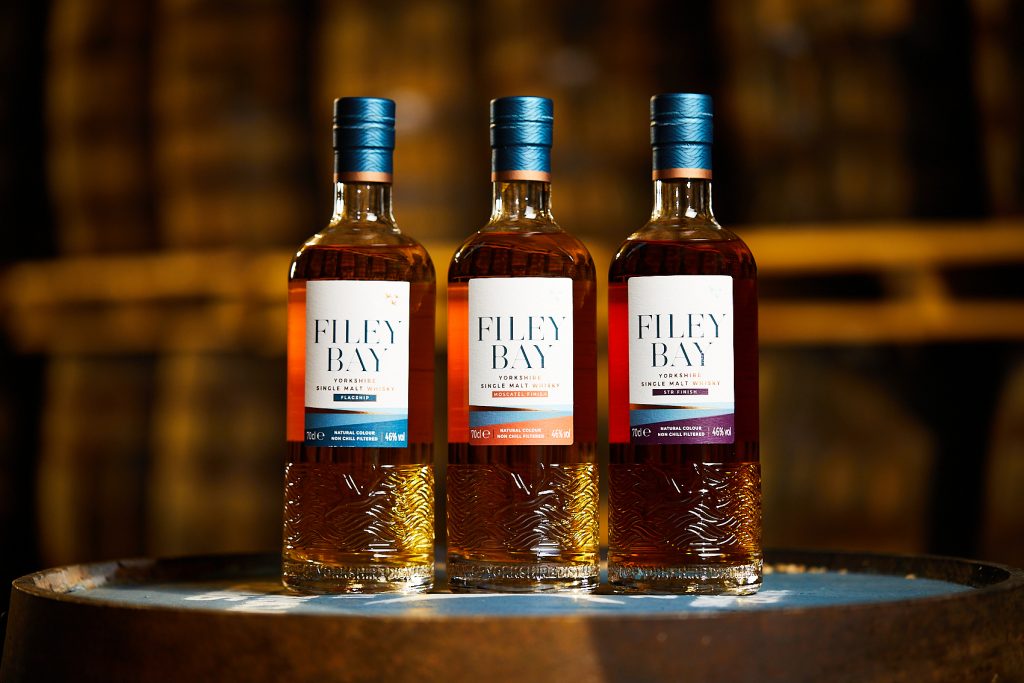 A snapshot of the Spirit of Yorkshire Distillery’s range

So, the big question remains: has the philosophy worked? Does the local barley, Yorkshire Twist and first-fill casks make a difference? Is this Filey Yay or Filay No-Way (sorry)? It’s a resounding yay, in my book. The ripe, fruity new-make shines in the samples I tasted (below). The cask influence is measured beautifully, bringing complementary flavours and complexity without stomping all over the distillery profile (orchard/stone fruits and baked goods). There’s some good body and texture too, with only the occasional flickers of raw alcohol immaturity. I think the Flagship, in particular, will be spectacular between 8-12 years old.

Just because you admire the process, it doesn’t mean you’ll admire the whisky it produces. But, delightfully Filey Bay measures up handsomely, and the pricing isn’t outrageous either. All in all, it was a very pleasant return to the Spirit of Yorkshire. The county might not have any whisky history, but it’s certainly got a very bright future.

Palate: The palate’s texture is a little oily but retains that creaminess from the nose with a well-balanced bounty of warming baking spice, orchard fruits, vanilla custard, and marzipan. Porridge with honey, peaches, caramel, and candied orange add depth with black pepper, and anise flicker beneath.

Finish: Tails away for a while leaving a trail of baked good notes.

Palate: Drier than the Flagship thanks to ashy smoke but still you and creamy enough to carry some nice body. Subtle earthy, damp peat is in the backdrop with Hobnob oatiness, vanilla custard, sweet anise, and golden syrup taking centre stage. Nectarines, cooked apples, and marmalade bring some fruitiness with peppery spice mingling underneath.

How Reyka Vodka got ahead of the curve