Adam O'Connell
No Comments on Q&A: Gregg Glass, founder of The Whisky Works

Innovation in Scotch whisky is now everywhere, with numerous brands taking creative steps to stand out from the crowd. The Whisky Works from Whyte & Mackay (W&M) is one such approach; we spoke with its creator Gregg Glass to learn what it’s all about.

It’s not every day we hear about a new blending and bottling house focused on producing intriguing small-batch Scotch whisky, so when we do, we sit up and take notice here at MoM Towers. It’s safe to say our curiosity has been piqued by The Whisky Works, the newly-launched independent arm of Whyte & Mackay which operates under the watchful eye of W&M blender and whisky maker Gregg Glass.

We were fortunate enough to speak to the man himself about how The Whisky Works works, how it came to life and what to expect from the two delicious launch expressions: the King of Trees and the Glaswegian. 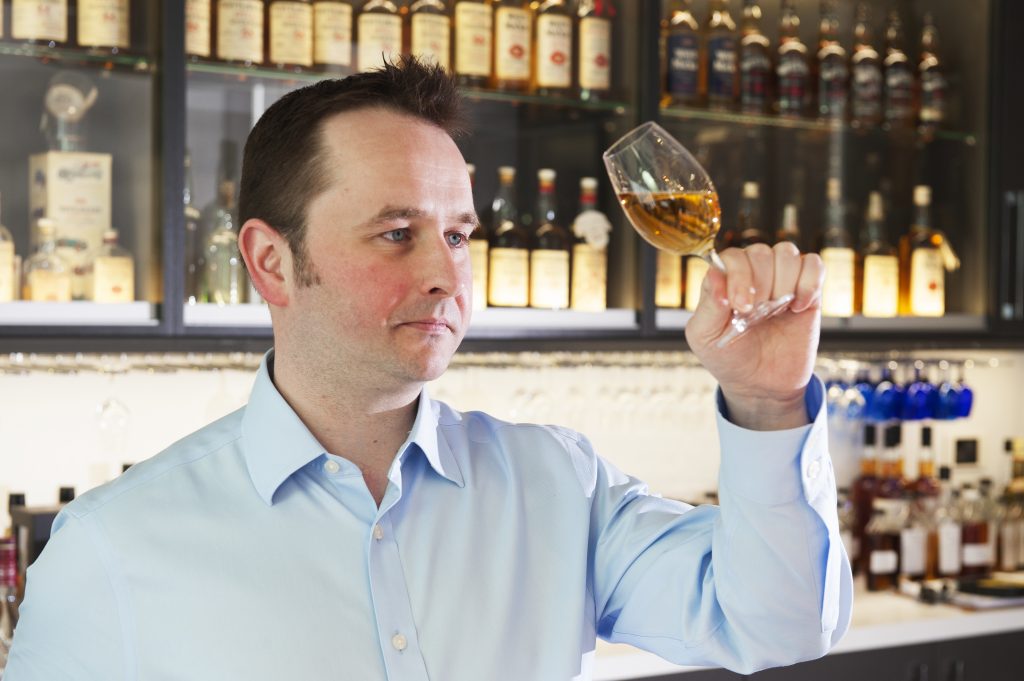 Master of Malt: What is The Whisky Works?

Gregg Glass: The Whisky Works has been on my mind for a number of years. It was probably about five years ago I started to think about what sort of company would I like to build and what would be the best method to make that happen. Then, literally, the first week that I joined Whyte & Mackay, it was a discussion that we had. That’s why you’ll see in our logo ‘established in 2017’ because it was very early on in 2017 I actually started to action a lot of these cask laydowns and cask selections. What we created is an innovation hub where there’s complete creative freedom but it’s within the structure of Whyte & Mackay. What’s really great about that, certainly from my point of view as a whisky maker, is that I can utilise the real skill base that is here both in human resource but also the depth and breadth of our whisky stocks as well in creating exciting new whiskies. Part of where the name ‘The Whisky Works’ came from was my love of motorsports. A works team for a rally are the people on the ground. They have that freedom to explore different avenues and innovate in different ways that can then also feed back into the parent company, the manufacturer. The Whisky Works is an opportunity to also engage with everyone who works at the company and for them to feel part of the process too. It was a way of spending time with the guys on the ground and band about ideas.

MoM: What are you trying to achieve with The Whisky Works?

GG: I want to create unique and different characteristics both from a flavour profile point of view and perhaps methodology in making whisky through new innovative practices. We’re really a flavour-led company. Through The Whisky Works, we can look at doing things on a small scale with responsible risk-taking within this structure, almost like a test hub. When Richard Paterson (W&M master blender) and I work alongside each other on a variety of projects, we experiment with concepts that might be interesting to use or try out. Through The Whisky Works, we can test these ideas here, maybe at a smaller scale. Some of these concepts will then go out to maybe some of the other brands, once we’ve successfully tested or trialled them within the Whisky Works.

MoM: You’ve said the inspiration for The Whisky Works was your collaborations with wine and spirit producers, coopers and sawmills. How did those experiences inspire you?

GG: Through my career path, this year is going to be my 20th year in the industry, I’ve been very fortunate to work one-on-one with different people not only within the Scotch whisky industry but also with winemakers. When Richard Paterson and I travel the world we make a point to go out and see cask suppliers or other producers. It gives me a lot of creative inspiration. I’m a bit of a sponge for information, and these opportunities provoke me to go off and think about innovative things and do my own testing based on that. 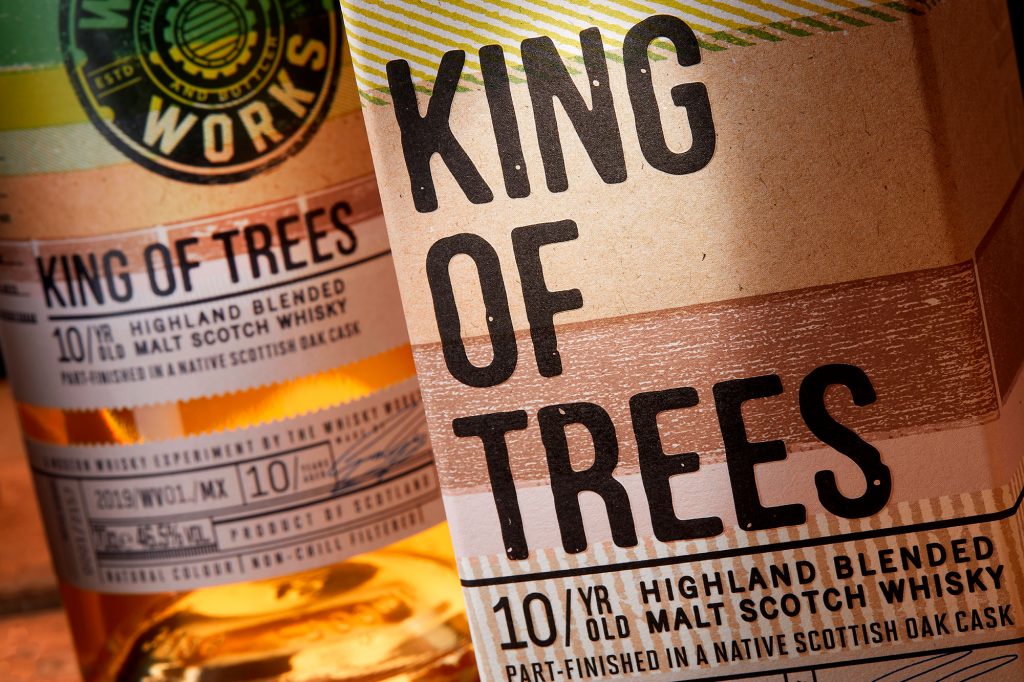 MoM: The first Modern Whisky Experiment expression is the King of Trees (a 10 year old Highland blended malt whisky). Can you talk us through how you created it?

GG: The concept behind the King of Trees began with the thought of using native Scottish oak. Although other people have used Scottish oak before, for me this is actually part of a bigger process and this is not a one-off idea or use. I’m actually building a bigger programme around that, about which we’ll be disclosing a little bit more in the coming months. But essentially what happened was that I found myself spending a lot of my own time researching and sourcing Scottish oak, going to sawmills close to where I grew up in the Highlands and trying to investigate how to utilise them. This was the inspiration behind the cask we used to finish the King of Trees. It was built from two windfall trees from the same estate in the Highlands that were between 160 and around 220 years old. We used windfall trees as we didn’t want to be cutting down trees unless they were necessarily having to be done so for forest management.

Now in terms of the flavour profile, what I really wanted to try and achieve with King of Trees was a lovely freshness in the recipe that allowed the core orchard fruit characters in the apple/pear notes to really come through. So I wanted to use the Highland oak to really accentuate that, but not to overpower the recipe. That’s why, in terms of the proportion, the Scottish oak is a roundabout 14% of the overall recipe. It expands the aftertaste and the longevity of the whisky, so what you find is that lovely soft spice will build up and come through in the finish really nicely. It’s very much a fresh, almost summery style of whisky, which is exactly the style I wanted to create. 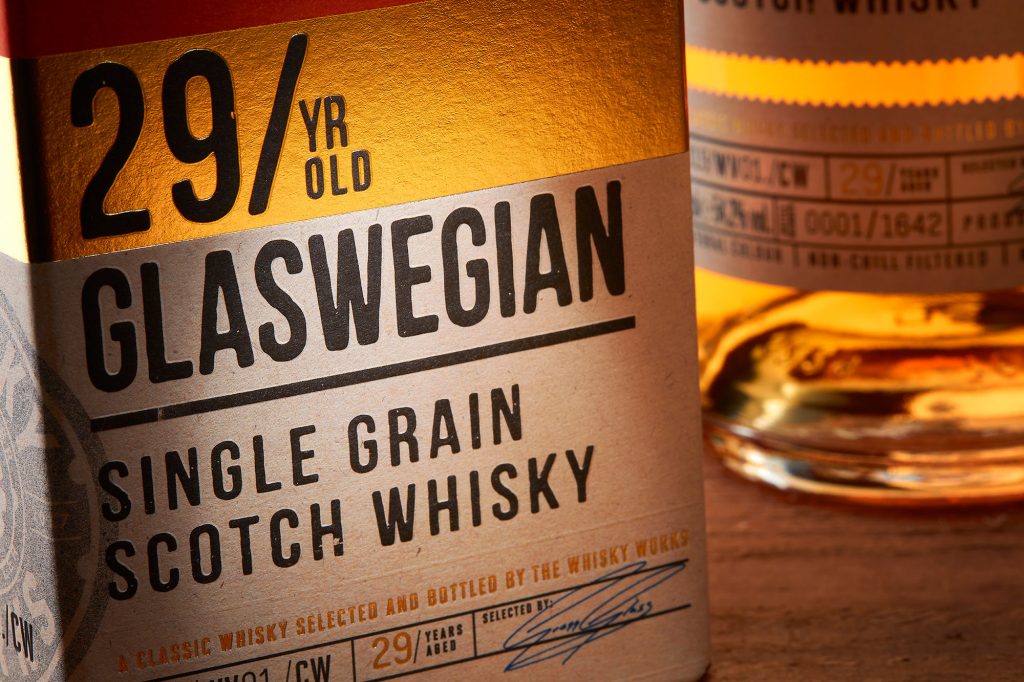 The Glaswegian is the first Classic Whisky bottling

MoM: The other launch expression is the first Classic Whisky bottling, the Glaswegian (a 29-year-old single grain whisky). What can we expect from it?

The 29-year-old Glaswegian, for me, is beautiful, it’s fresh and, while it’s an older expression and it’s got depth, it’s also got the elegance and balance within there. I wanted to bring out the butterscotch type of characters and custard notes, crème brûlée and retain some of the exotic fruit characteristics that are within there. That’s something you’ll see with all of the projects that I work on. What I’m trying to do is build in depth and complexity but also at the same time harmony and balance to the recipes as well. All of our expressions are non-chill filtered, natural colouring and, if it’s not natural cask strength, then they are bottled at an alcohol level that was chosen very much specifically for the flavour delivery and the flavour experience that comes through there.

I’ve been a great lover of grain whisky for many years. Look at my experience working at Compass Box and some of the grain whiskies that I had exposure to there! What I found when it came to grain whiskies throughout my career was that I was drawn to casks from particular parts of our dunnage warehouse that were imparting a lovely freshness to whisky. So the majority of the casks for the Glaswegian came from dunnage warehousing. When it comes to the Glaswegian, we can’t talk too much about the spirit itself as it came from a closed distillery that was in Glasgow and we’re not disclosing the distillery name. But, what we can talk about is the cask maturation side of things, and hopefully, that provides a different message and insight into whisky creation that may act to help to educate people who are maybe newer into whisky or wanting to try and explore new flavours. 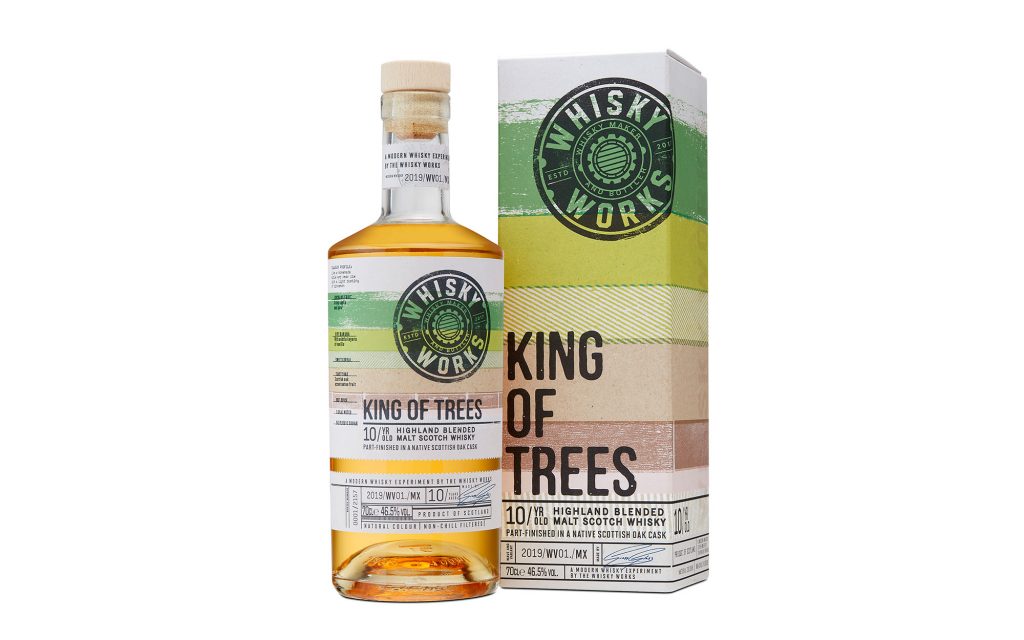 The King of Trees

Nose: White grapes, green apples and butterscotch, then sherbet lemons, golden barley and a flicker of nutmeg. There’s a note of Victoria sponge cake with fresh raspberries present too before dried fruit and woody tannins emerge.

Palate: Dark fruit compote, dried citrus peels and a helping of barley sugar at first, with a little vanilla, a hint of balancing wood spice and a touch of creamy nuttiness. 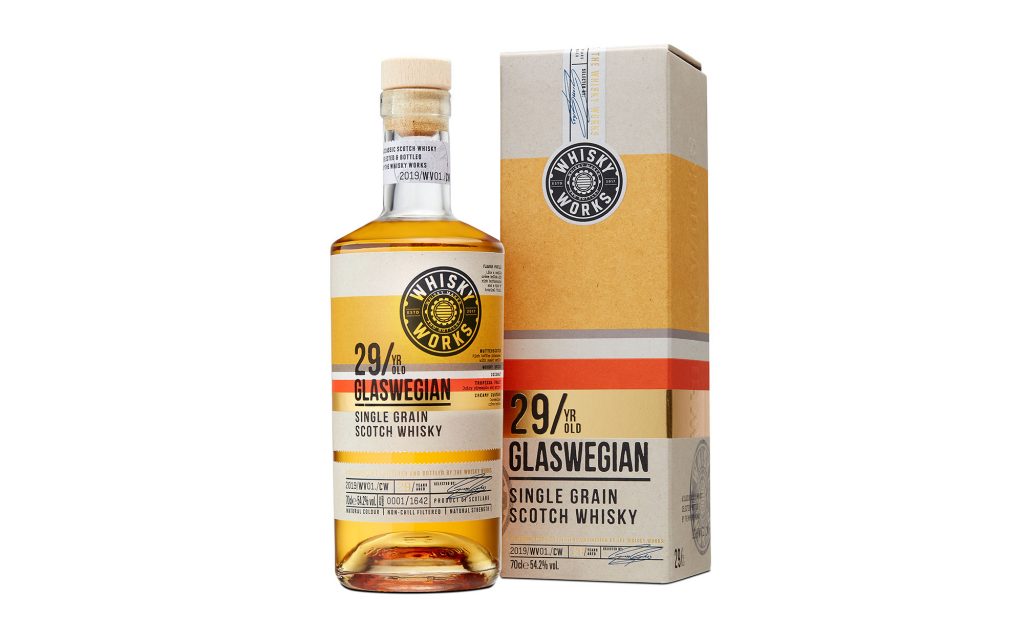 Finish: A final lick of caramel and a touch of minerality.

We’re Icons of Whisky’s Online Retailer of the Year!