The man who has written more words than Shakespeare and THE authority on snacks is sadly moving on. Here’s to you, Sam Smith.

If you’re reading this, then it’s almost certain you’ve read something – or no end of things – that Sam Smith (not that one) has written. In fact, it’s frankly difficult to quantify just how much he has done for Master of Malt over more than eight years in our content team, not least through his prodigious output of entertaining product descriptions and invaluable tasting notes.

As he leaves to apply his delightful brand of wordsmithery (geddit?) in the world of education, we’re all raising a glass of something particularly delicious to a special colleague, and encourage you to join us. 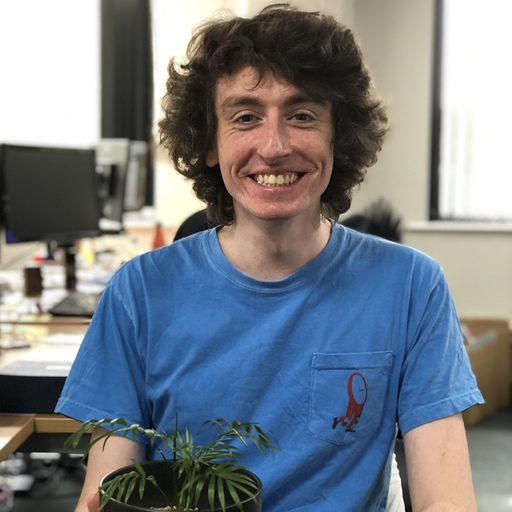 Sam isn’t one for the limelight. He doesn’t attend events and launches (although he got excited when he caught a glimpse of Dave Broom once back in 2014), he cares not for bylines, and seeks no fanfare as he leaves MoM Towers and rides off into the sunset to continue the next installment of his adventure like the letter-wrangling gunslinger/pokémon master he is. Well, that’s just tough, we say, because he deserves enormous fanfare!

“In a sane world, Sam Smith would be a household name or at the very least a legend in the drinks business.”

Shakespeare wrote 884,647 words between 1589 and 1613. After some fag packet maths, we’re pretty sure Sam Smith has written well over two million words on product pages alone in a mere fraction of that time. Does he leave a greater legacy than the Bard of Avon? Well, let’s just say he’s far, far better than a thousand monkeys at a thousand typewriters. If you equated his MoM oeuvre to Scotland’s single malt whisky output, he’d be our Glenlivet, Glenfiddich, Macallan, and the next 37(!) highest producing distilleries. Only we’re not sure any distillery could possibly produce as uniquely and consistently as our Sam has.

That’s not even taking into account copy for Master of Malt emails, social media posts, press releases, bottle labels, banners, list pages, other work across Atom Group, and such classic blog posts as Jake & Sam’s Top 10 Greatest Ever Whisky Appearances in Film & TV, The Importance of Cats in the Workplace (Specifically in Distilleries), or his art-level expertise in the spirits and snack pairing game mentioned above. 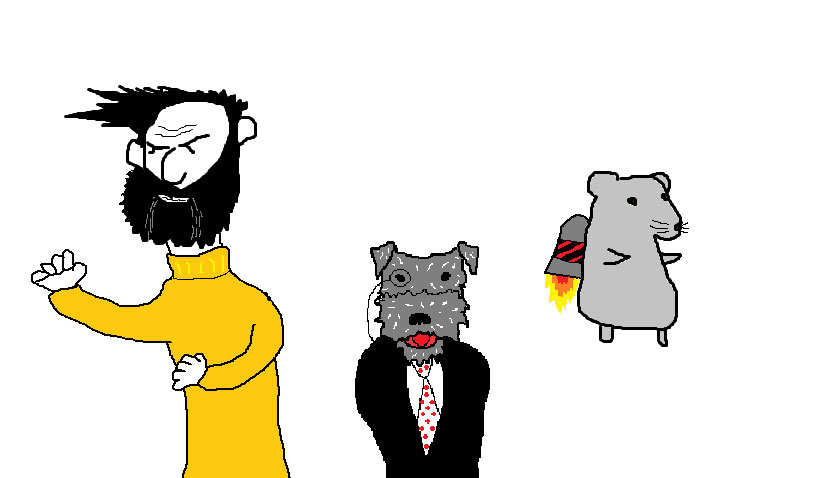 He’s a whizz on MS Paint too, as evidenced by this piece titled ‘The Douglas Laing Force’. Eat your heart out Jim.

The tributes (we’re not crying, you are)

Here’s a small taste of what his colleagues have to say:

“He established the Master of Malt tone of voice as much as anyone. The DNA of everything we write is at least 30% Sam, which is more Sam per word than you would find at any other online retailer of booze and such. He’s, by some distance, the most underrated writer in drinks. We’re waving goodbye to our secret weapon. And the most surreal and fantastic company. I’d have absolutely no idea how to explain Sam to someone who hasn’t met him. But I can also guarantee you’ll love him the moment you do. Christ knows what Jake is going to do now.”
– Adam O’Connell, writer and former Sam Smith padawan

“I honestly can’t imagine Master of Malt without Sam Smith, he was one of the first people I met when I started and has been both a fantastic colleague and friend for many years. He helps out everyone who crosses his path and literally everyone in the company is going to miss him. Even those who don’t know what he looks like, because he’s like a ghost in the machine working remotely for many years in Ireland. But they’ve all been affected by his work of getting bottles live on the site and writing words for them.”
– Charlotte Gorzelak, social media maestro and queen of bees

“Having worked with Sam for so long that we can communicate solely in an intricate language of finishing each other’s tangentially-related quotes, spirits in-jokes, binary – Oh, aye? – and things that had us in tears years prior, I’m basically just terrified nobody around here’s going to have a bloody clue what I’m on about half the time now.”
– Jake Mountain, doer of things and MoM Towers furniture part

“Sam is a word-druid from Somerset, who has shared with me all of his wisdom about jam. I’m confident in my condiment knowledge and it is all down to him. I hope Sam can one day pursue his dream of creating his own jam (Sam’s Jam), before he finally takes early retirement to become the mascot for the Chicago Cubs… Go Cubs! (Please, please don’t go Sam…!)”
– Emma Symons, content exec and Sam Smith’s protégé

“I don’t think I’ve ever come across a writer with a more natural ability to put words together in an order that makes people laugh. Truly Sam Smith is Eddie Izzard of the tasting note, the PG Wodehouse of drink bloggery. My only regret is that the four years I worked with Sam coincided with his retreat from the wide-open pastures of blogging, to the more narrow confines of website copy. In a sane world, Sam Smith would be a household name or at the very least a legend in the drinks business.”
– Henry Jeffreys, features editor and noted PG Wodehouse expert

“I’m still trying to deal with the fact I’ll no longer have 1:1 meetings with Sam Smith every week. Who am I going to talk to now about spotting random birds, driving classes, flying, and the wonderful things we conjure in our imaginations?! Sam’s always been my go-to person for anything and everything, and he is one of the most talented, caring, hilarious, and knowledgeable people I’ve had the pleasure to work with.”
– Giovana Petry, head of brand & subscriptions 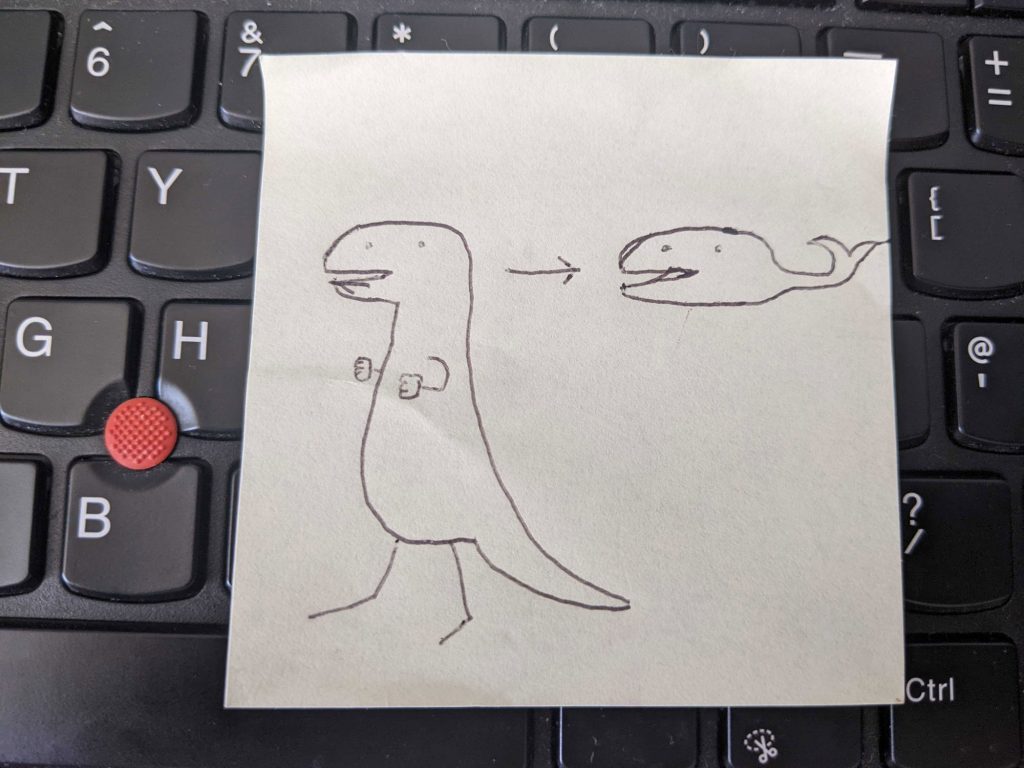 Here’s to you, buddy

Some say that Sam Smith performed a rap at his job interview, that he thinks whales evolved from dinosaurs who lost their legs and arms and just became big heads, that he doesn’t like otters even when they’re being all cute and holding hands, that he’s the world’s biggest fan of the Tom Hanks movie Big, and that the first words he wrote for the MoM blog were “Garr! What be this shiny box? What be a blog? Can I fight it? Garr!” And that would be because all of those things are true.

Here’s to you Sam Smith. Thank you for the words. (And the many, many laughs.)