Our New Arrival of the Week, Teeling Single Pot Still, is one for the history books – the first Dublin-distilled whiskey to come out of the city in nearly 50 years (and be on sale in the UK).

Whiskey lovers and dram fans, we invite you to cast your mind back to October 2018. All being said, it was a pretty memorable month. Banksy shredded his £1 million artwork at auction in front of hundreds of onlookers, astronomers discovered the first moon outside of our solar system, and the world’s oldest intact shipwreck was found at the bottom of the Black sea.

But far more memorable for us (sorry, ancient shipwreck) were the moves made within the drinks sphere. In Ireland, the Teeling Whiskey Distillery released its very first commercial whiskey, Teeling Single Pot Still. Being the first Dublin-distilled dram to hit shelves for almost 50 years, it marked the beginning of a bright new chapter for the city, which was, at one time, at the forefront of the golden era for Irish whiskey. 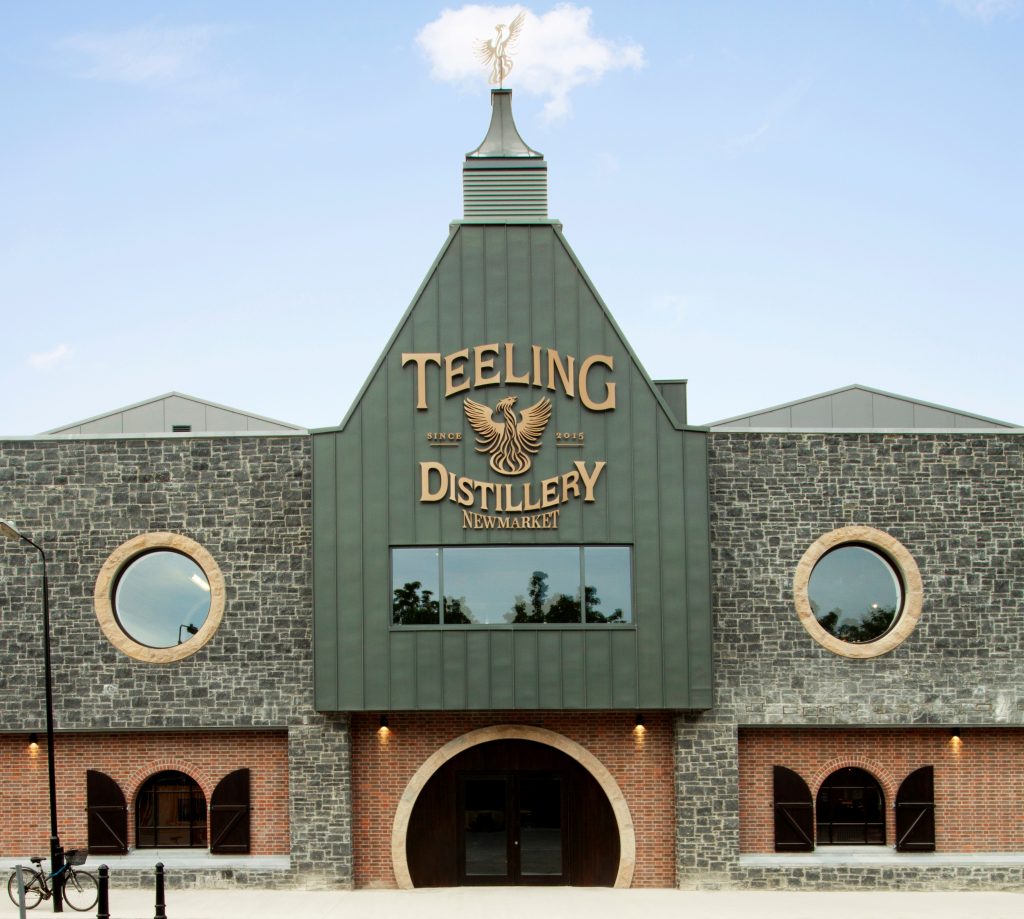 The very first bottle from Batch One made history the month prior, when it sold for a whopping £10,000 at auction, breaking a world record for the most expensive bottle of whiskey sold from a new distillery, with the proceeds donated to local charities. Last year, the arrival of Teeling Single Pot Still – released in three batches – was a landmark occasion for Ireland’s whiskey industry. Now it’s a landmark occasion for the UK, as the final resulting liquid reaches our shores for the very first time.

In homage to Dublin’s historic distillers, Teeling Single Pot Still is made from a traditional mash bill of 50% unmalted barley and 50% malted barley. The heritage, however, ends there. “We dialled up the innovation by making a fruit-forward distillate – the wash going into the stills is quite fruity because we use our own bespoke yeast,” explains Stephen Teeling, co-founder of Teeling Whiskey Distillery. The new-make has then been matured “50% in ex first-fill bourbon casks, 25% in virgin American oak, and the last 25% in sherry casks.”

The next step, he continues, is to make a case for single pot still as a modern Irish whiskey category. “Our Single Pot Still isn’t trying to be a Redbreast imitation,” Teeling says. “It’s a Dublin Pot Still whiskey for our generation – something we feel reflects the DNA of Teeling Whiskey. “Because [Redbreast] has been the only real Single Pot Still out there, because nobody’s been challenging it, everyone just expects a Redbreast 2.0. We wanted to do something different.” 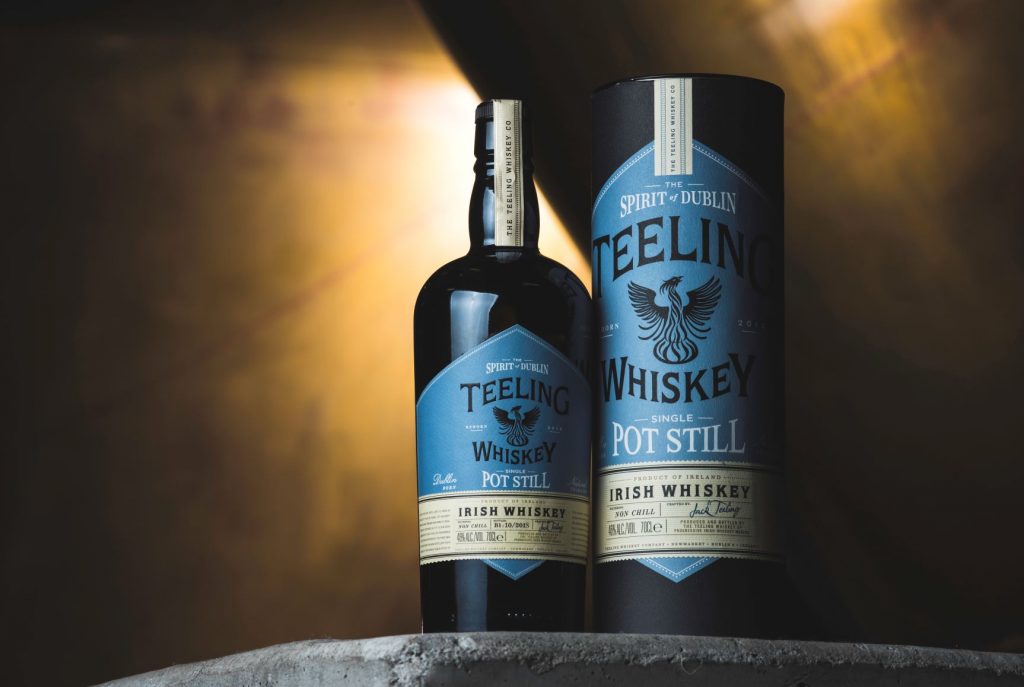 So, what can you expect flavour-wise from Pot Still liquid? Robust, spicy flavours akin to a rye whiskey, Teeling says – away from the mellow, sweet, easy-drinking flavours Irish whiskey is synonymous with. “That’s what Pot Still is all about, it’s a big spice ball,” he explains, “when you taste it side-by-side with [Teeling Single Grain] or [Teeling Small Batch], it is very different, and that’s exactly what we wanted.”

You’d forgive the team for resting on their laurels in the wake of such a momentous launch, but it isn’t the Teeling way. “Someone said to me the other day, ‘Oh my god, you’re going to be five years making whiskey in January’, and I thought, ‘Wow’ – just looking back on it, so much has happened, it’s all a bit fast and furious,” he says. “We’ve got a good bit of momentum behind our premium and super-premium products – our 24 Year Old won World’s Best Single Malt in March, which was a great accolade. This year we had a pretty ambitious target to sell a million bottles globally, and we look on track to do that.”

Over the last five years Teeling Whiskey has welcomed half a million people through its distillery doors, a number that will surely rise year-on-year after the Irish government awarded the site a €200,000 grant to further develop its existing facilities. “We’re always looking at ways we can bring things to life in the distillery,” explains Teeling, who will use the funds to introduce a warehousing experience to the Liberties-based site this coming winter – giving visitors the opportunity to get to grips with the ageing process through cask sampling and live maturation.

When it comes to liquid plans, a few single malt projects – including a certain peated number – are in the pipeline. A follow-up to The Revival series, aptly titled The Renaissance, will hit shelves, beginning with an 18-year-old single malt finished in a former Madeira cask. All being said, 2020 looks set to be a sterling year for both Teeling Whiskey and the wider Irish whiskey category. “We’re at the stage where we have our own whiskey, we have a pipeline of innovations, and we’ve very, very good partners,” Teeling says, “we’re excited to keep pushing the bar up and driving things forward.”

Join us on our Penderyn adventure!