Henry Jeffreys
No Comments on New Arrival of the Week: FEW Immortal Rye

Whiskey lovers are getting increasingly adventurous in their tastes. A few years ago, the idea of whiskey blended with tea might have raised a few eyebrows but nowadays drinkers are receptive to innovative combinations. As long, of course, that they taste good.

We few, we happy few

We’re pretty confident that the team at FEW Spirits know what they’re doing. The distillery was founded in 2011 by Paul Hletko. His family were originally from the country now known as Czechia and owned a brewery before the second world war so the drinks business runs in his veins.

According to the website, FEW was inspired by “the golden age of pre-prohibition whiskey.” The name is a little in-joke as it’s the initials of Frances Elizabeth Willard, one of the architects of prohibition. Proudly based in Evanston not far from Chicago, the labels bear images of the city’s 1893 World Fair.

FEW Spirits produces gin as well as different types of whiskey including rye and bourbon. It’s a grain-to-glass operation meaning that Hletko produces his own neutral grain alcohol to rectify into gin. This is something that very few gin distilleries do. The equipment consists of a German hybrid pot/ column still which is used to make high ABV spirit for gin production and lower ABV for whiskey plus a separate still for distilling the botanicals into gin. 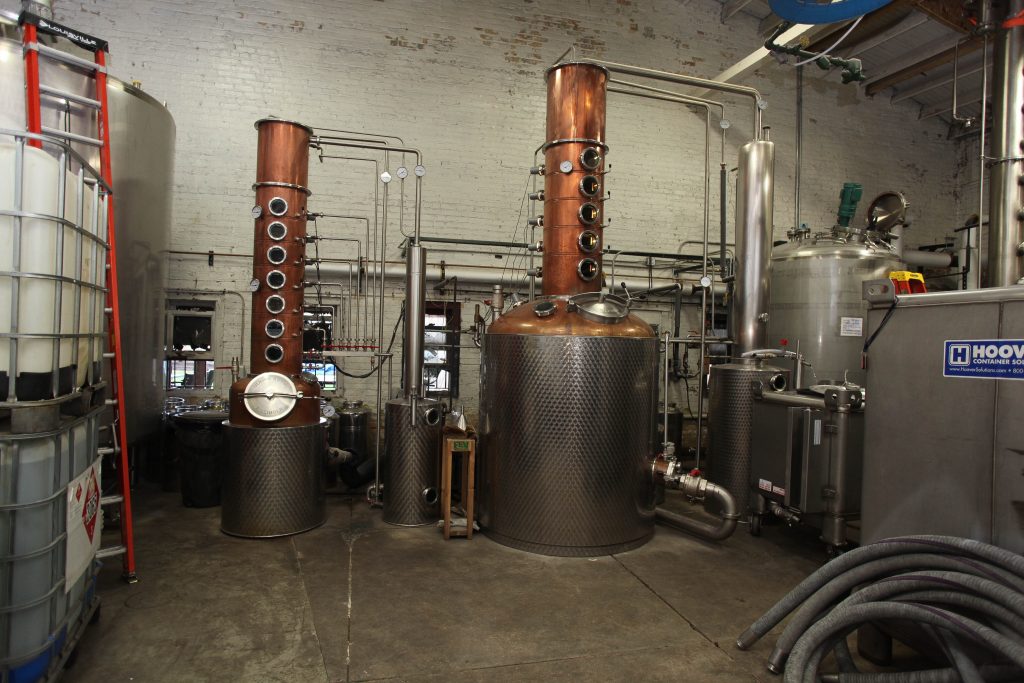 The still set-up at FEW Spirts in Illinois

The base of this week’s New Arrival is FEW’s punchy rye made with 70% rye with 20% corn and 10% malted barley. Hletko takes the cask strength spirit and then reduces it to 46.5% ABV by adding tea.

We asked him where this idea came from: “The idea started with playing with coffee (rather than tea) and we tried coffee a couple different ways, and liked them,” he said “but we LOVED the results when we just cut barrel strength bourbon to bottle strength with cold brew coffee.  That is now our Cold Cut Bourbon and that ended up winning the Best Flavoured Whiskey in the World award from the World Whiskies Awards. We continued thinking and playing with other liquids in the same way, and played with several different teas, and extraction techniques.”

You’ll be pleased to hear that getting the tea flavour into whiskey doesn’t involve any tea bags. Instead they use a fancy variety of Chinese oolong tea called 8 Immortals. He explained how the process worked: “We cold-extract the 8 Immortals tea. It allows us to use a much slower steep than a hot extraction, and we get to focus the resulting flavors on the sweet and fruity flavors of the tea itself. We still do get some tannic notes as well, which is nice, but the cold extraction keeps some of those tannins balanced with the tannic effect of the wood on the whiskey.”

The end result is a spicy rye whiskey charged with flavours of dried orange peel, poached pear, cardamom, cloves, and aromatic cedar with a nutty finish. It’s delicious sipped neat over ice or in an Old Fashioned. He also recommends drinking it in a Highball with a dash of cherry juice. 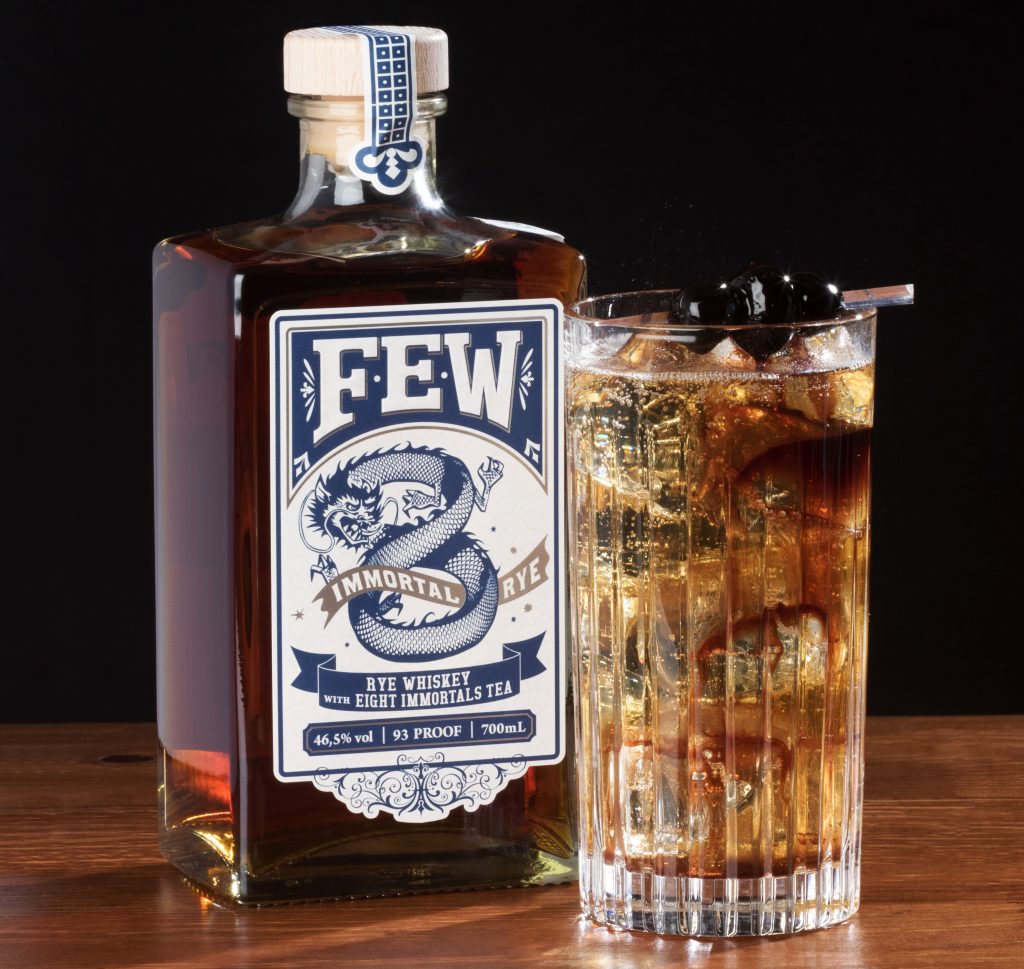 Few Immortal Rye is great in a Highball

Last year was all about weathering the Covid storm, and it sounds like FEW has been lucky in this regard. “None of our team members have been sick, none of their family members, seriously sick. I think we’re pretty lucky,” he said, “Business wise, we are doing great and are continuing to grow. But I’m especially excited that we are all healthy.”

This year marks the 10th anniversary of the distillery and they have big plans. “We’re excited about a couple of bottles that we expect to release over the next year or two, including a 10 year anniversary release,”he said, “as well as a rock band collaboration that is super fun.”

FEW Immortal Rye is available from Master of Malt.

Ultra-rare Brora Triptych released as distillery reopens this May