Adam O'Connell
No Comments on MoM visits: the Spirit of Speyside Festival 2022

You don’t need to ask us twice to celebrate Scotland’s national drink at one of the world’s largest whisky festivals, particularly after two years of virtual alternatives. Here’s what we discovered at the Spirit of Speyside Festival 2022.

The Spirit of Speyside Whisky Festival has come a long way since it was first launched in 1999, developing into one of the largest events of its kind anywhere in the world and becoming a mecca for whisky fans old and new. For the first time, I had the pleasure of visiting for a couple of days in the middle of the six-day celebration that ran from Wednesday 27 April until Monday 2 May to experience the festival and attend just a few of the over 550 events on offer.

Welcome to the Spirit of Speyside Festival

The line-up was fantastic this year, and it was wonderful to see a whisky festival recognise that its events don’t have to be limited to a few Glencairn glasses in a room. This year there were events inviting you to pair a dram to a location within the Star Wars universe, e-bike tours, doughnut-based food pairings, Highball masterclasses, whisky tumbler carving workshops, and whisky with a swing of golf. Elsewhere, the Rhythm and Booze Project teamed up with Benromach to host a multi-sensory tasting that incorporated roots, folk, and blues music, while the Murray McDavid whisky team invited folks up into the hills at the Old Bothy to enjoy drinks, storytelling, music, and marshmallows around a bonfire in a site infamous for illicit whisky distilling and smuggling.

Of course, if you want some hot distillery action, then there was no shortage of whisky-making sites flinging open their doors (even those that don’t usually allow visitors). It was a pleasure being hosted by people who live and breathe these sites. And I didn’t see one long queue of desperate flippers eyeing festival bottles at any site. Instead, I managed to see the rolling water in Craigellachie’s worm tubs, the shiny Cardhu showrooms, the humble but promising Ballindalloch operation, the secrets of hidden neighbour workhorses Mannachmore and Glenlossie, Macallan’s Tubbytronic Superdome, and the sherry-soaked charms of Tamdhu, all in two days in the abundant sunshine. That’s not even counting the tour of Murray McDavid’s stock at the warehouses at the old Coleburn Distillery.

A festival of people

I’ll be following up with individual features on many of the above, but suffice to say for a big whisky nerd the  festival is a treat. If I had more time/could get my hands on tickets, I would have seen even more. £100,000 worth of tickets sold in the first few hours, and some of these events could sell ten times over. It is impossible to see everything Speyside has to offer, and there’s an argument that a limitation of the festival is there’s no central hub. You do feel stretched, and wonder about the negative implications of masses descending on a rural area. There’s only so many beds, cars, and Glencairn glasses.

The separation has its advantages, however. One is that you feel compelled to come back. Then there’s the joy of folk from more than 29 countries, from Norway to Malaysia to name but a few, making the trek to the global epicentre of ‘the water of life’. You can hear German, Spanish, Korean, and many other languages all talking about the same subject, whisky. The festival brings millions in vital income to the region, while the landscape means you’re bound to meet people and make friends. In London, you can go to an event, hop on a tube and never see that person again, but here there are only a few hotels and bars. If you met somebody from Hong King or Canada, chances are you’re bumping into them again. This year, and next. It’s a whisky reunion, tied together by constant interaction with the welcoming locals.

Whisky is the fuel that keeps this region going. But the Spirit of Speyside Festival is all really about people. On my first night, a wonderful Brazilian lady drove the taxi from Inverness Airport to the Craigellachie hotel via several distillery stops. She insisted we check out every site along the way. It was 10pm. The fact that we could only peer outside in the dark didn’t dampen either of our spirits. The next day I met a couple from Glasgow who weren’t whisky drinkers before the lockdown. Eventually, they developed a taste. They were attending their second festival, and they now know the local bus timetable intimately, navigating the vast network of distilleries as the locals would. Everybody here is buzzing with excitement about our shared love. Even in the vast space between the rolling mountains and the Moray coastline, there’s a palpable atmosphere. 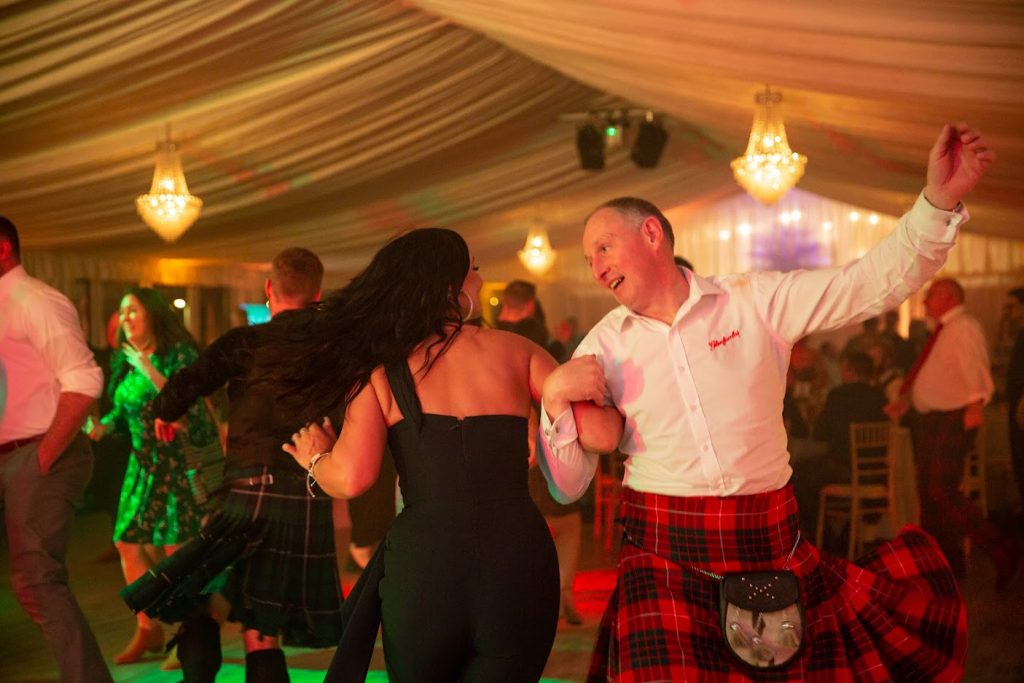 You dancing? You asking?

It wasn’t just the taste of whisky that was spurring everyone on this year, but the promise of interaction with real people in real life. Imagine that! The previous two festivals were  an online event in April 2021 and a Limited Edition festival in November 2021 keeping the appetites whetted for the real return. So many of us are incredibly privileged to have the technological means to be able to stay so connected when the world became divided and distanced. But Zoom calls and virtual meetings can’t replace this. All of us there shared a sentiment: we needed this. We missed it. We won’t take it for granted again. A whisky isn’t really a whisky until it’s shared. And we did an awful lot of sharing this year.

Now we can look forward again properly. The Campbeltown Malts Festival approaches. As does Fèis Ìle 2022. Before you know it, the chance to return to Speyside will arise. The Glaswegians I made friends with tell me they’ll be back next year. So will I.