Mezcal + poultry = pechuga (it’s much nicer than it sounds)

How do you take your mezcal – neat, on the rocks, or redistilled with a raw chicken breast? While Oaxaca’s experienced mezcaleros have long produced mezcal de pechuga, passing heirloom recipes down through generations, the style is little known outside of Mexico. We take a closer look at the production process involved in making mezcal with meat…

Until recently, few people were aware of – let alone consumed – mezcal de pechuga. But now this typical Mexican wedding toast is garnering interest outside of native celebrations, and the bigger distilleries are slowly but surely starting to cotton onto its marketability as a point of difference amid the burgeoning mezcal boom. “Pechuga is a style of mezcal, it means ‘breast’ in Spanish” explains Eduardo Gomez, founder and director of Tequila & Mezcal Festival. “Mezcal is traditionally distilled twice, and pechuga mezcal is made when you take that liquid, add some sort of protein and fruits into the pot still, and distill for a third time.” 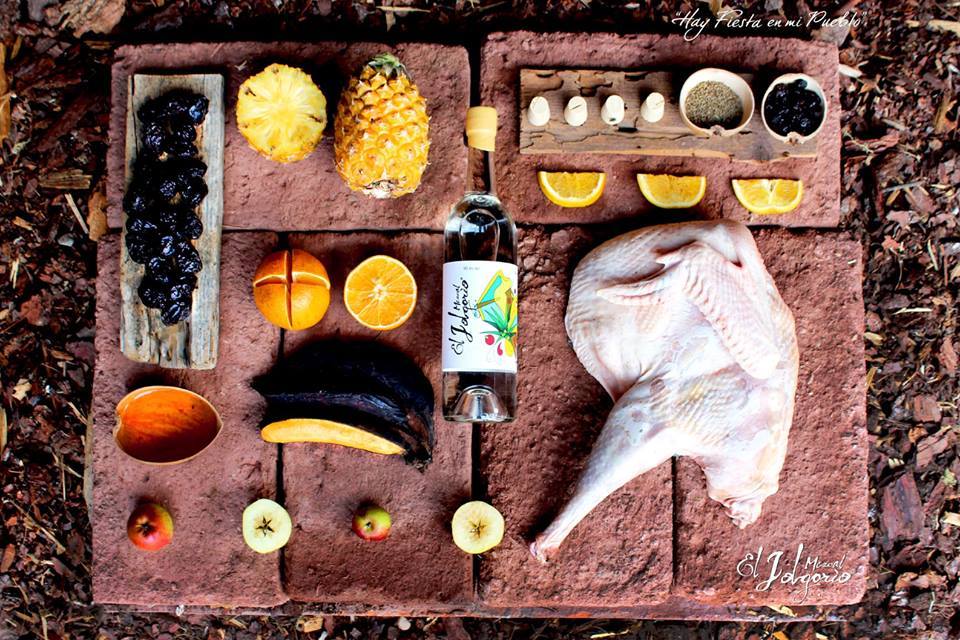 The ingredients in El Jolgorio pechuga

Traditionally people use chicken breast, but it’s not uncommon to hang other types of raw meat instead, for example, rabbit, turkey, deer, and even Iberico ham (the result of a one-off collaboration between Del Maguey and chef José Andrés). It’s suspended inside the still above a basket containing locally-sourced fruits, grains, and nuts; sometimes spices and herbs, too. The meat – which cooks during distillation, FYI – doesn’t impart any flavour to the liquid; rather, its function is to balance, soften and round out any potentially potent fruit notes.

“They close the still pot, fire it up, and the liquid will start boiling and distilling and pass through the pechuga and through the condenser,” Gomez continues. “What you have, as a result, is a pechuga mezcal with very high fruit notes. Without the chicken breast, it would be super sweet because they add banana, guava, apples, peaches, almonds.”

The botanical proportions – which are usually derived from a family recipe passed down from generation to generation – varies among distillers and brands. Del Maguey’s pechuga combines “100 kilos of wild mountain apples and plums, big red plantain bananas, pineapples, a handful of almonds and a few pounds of uncooked white rice” with the typical chicken breast. El Jolgorio, by contrast, is made with limes, oranges, pineapples, apples, pears, plantains, and the breast of a turkey cock. 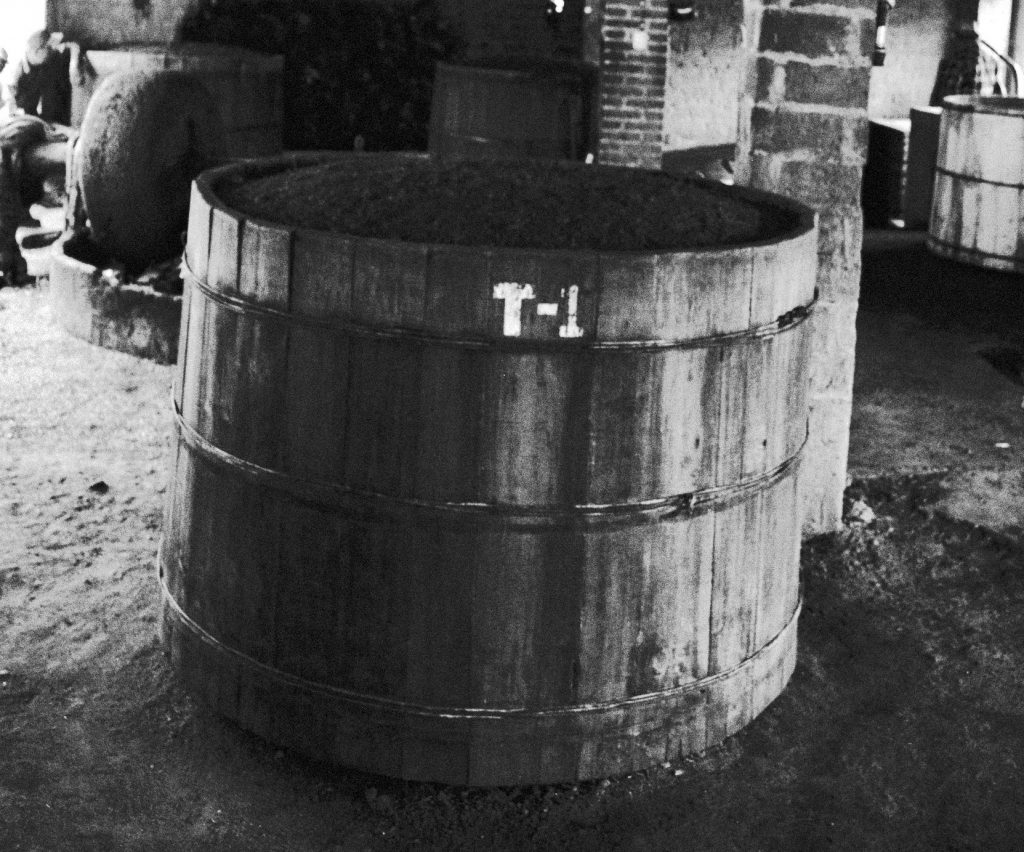 If the idea of a meat-infused agave spirit isn’t your cup of tea, there are vegan iterations, too. And they weren’t just invented to appease hipster bartenders, either. While the pechuga mezcal-making tradition dates is thought to back centuries – just how far is relatively unknown, since the style is typically made in palenques (distilleries) located in remote countryside villages where there are few written records – adding meat to the still isn’t necessarily expected.

Sometimes, pechuga mezcals just contain fruits and herbs and forgo the ‘protein’ aspect of the production process. Don Amado’s pechuga bottling, for example, features wild apples, apricots, bananas, walnuts, cloves, cinnamon and other spices, with not a turkey or chicken breast in sight.

While the final flavour varies between bottlings as much as you’d expect, there are some generalisations. For starters, pechuga mezcal is typically “much sweeter than your standard espadin,” says Gomez. “Mezcal is usually spicy and smoky and earthy and citrusy, but with pechuga mezcal, because they distil it for a third time, it loses a little bit of the complexity. However, it gets a different complexity from the fruit and the pechuga.”

Rather than make pechuga year-round, mezcaleros typically make small batches of the spirit to toast specific occasions, from quinceañeras (a party thrown when a girl turns 15 years old) to bountiful harvests. Usually, pechuga mezcal is consumed neat – no ice, no mixer, just straight up in appreciation of the elaborate distilling process. 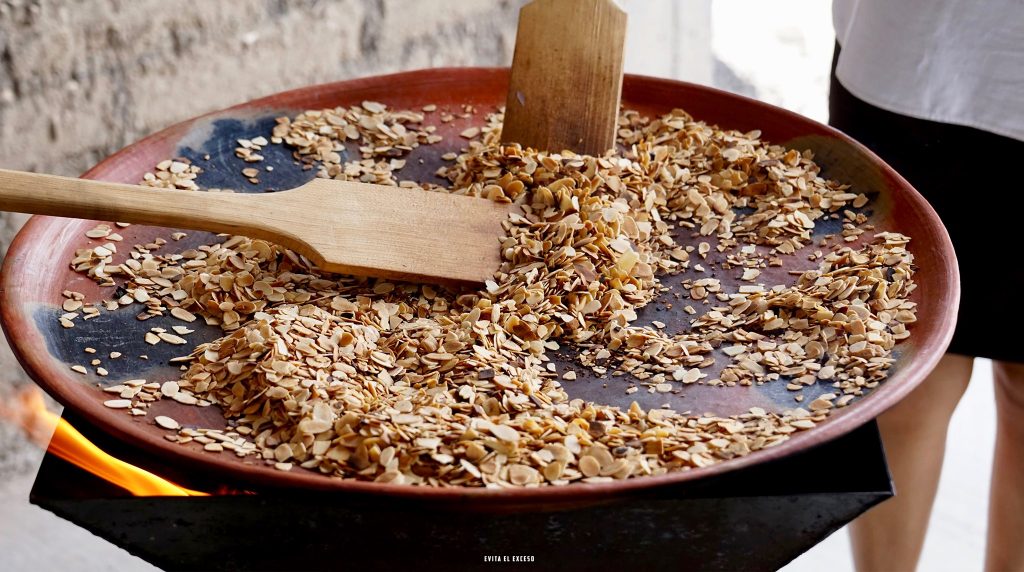 Almonds to go into Montelobos pechuga

“In the villages and towns [outside] Oaxaca, when the granddaughter of the master mezcalero is getting married, he will prepare a batch of pechuga mezcal for the celebration,” Gomez continues. “Weddings in Mexico go for two or three days, it’s a big celebration, regardless of your economic situation or status, so they will make 500 litres and they will drink 500 litres across the wedding.”

Mezcalaros may make just one or two batches of pechuga mezcal in a year, so even in Mexico, a bottle doesn’t come cheap – and the price tag has stuck even among more commercial brands, with bottlings typically starting from £80. “When you have time and your credit card with you, have a shot of mezcal pechuga and decide for yourself whether it’s worth the price tag,” says Gomez.

Durham Gin: masters of the cask

Cocktail of the Week: The Tuxedo