Mezcal Amores: turning the customer on to agave

Henry Jeffreys
No Comments on Mezcal Amores: turning the customer on to agave

Luis Niño de Rivera from Mezcal Amores is on a mission to persuade customers to try his agave spirits neat. Though he’s also partial to a cocktail or two of an evening.

A popular refrain in the whisky industry is: it doesn’t matter how you drink our whisky, mix it with coke, drown it in ice, drink it through a straw, as long as you enjoy it, that’s the only thing that matters. It’s all done in the name of opening up the category ie. selling you more whisky.

It was interesting therefore, talking to Luis Niño de Rivera from Mezcal Amores who said just the opposite. He thinks, in order to build his brand, it was important that customers learned to appreciate it neat. He explained the mentality: “consumers will think ‘I know mezcal is hot, I want a cocktail with mezcal’ but no one goes in and says ‘I want an Amores’.” In the huge US market, 95% of mezcal is consumed in cocktails, but this means that you’re not just competing with other brands, you’re competing with other spirits.

According to Niño de Rivera, for mezcal to thrive customers should be drinking it neat so they can understand “the precious time it takes to make, all the different flavours and aromas. It’s a very rich palate experience”. This is how 70% of mezcal is drunk in Mexico.

Maestros mezcaleros are at the heart of Mezcal Amores

Amores Mezcal dates back to 2011 when it was founded by a group of friends and investors including Niño de Rivera. In the US it’s known as Amaras Mezcal, meaning “you will love”, whereas in the rest of the world it’s Amores, “love is.” At some point soon, the brand is going to change to Amaras globally.

They began by sourcing mezcal from one maestro mezcalero but in 2013 they diversified to take in other producers and began bottling themselves. According to Niño de Rivera things began taking off: “In 2015 we knew we needed an artisanal mezcal produced at a good price for cocktails. The original range was never going to do well because of price.” ‘Artisanal’ is a legally-defined term specifying how the mezcal can be made. It’s less stringent than ‘ancestral’ but uses more traditional practises than plain ‘mezcal’. So they began work on their own distillery in 2016 and the first batch came off the stills in March 2017.

In addition to their own mezcal, they work with 24 maestro mezcaleros around the country. “They are very important to us, they are the roots of what mezcal is,” he said. “We work in three different states with five different agave species.” With so many different producers involved, it’s difficult to generalise about production processes. Maestro mezcaleros will typically use wood or stone, and grind the agave to different textures, but each distillery has its own recipe as well as favoured fermentation and distillation techniques. “Some cut heads and tails, some put everything in the second distillation, everyone cuts differently.”

Master of Malt currently stocks two Amores Mezcals, an Espadin and a Cupreata (both varieties of agave). Luis Niño de Rivera describes the former as “a blend of all the Espadin we have – like a blended malt.” Whereas the Cupreata is from a single producer like “a single malt.”

Go on, try it neat. You might love it

One of the difficulties with working with agave is that it takes a long time to mature before you can use it, up to about 14 years. As Niño de Rivera puts it “you don’t just open the faucet and it pours out, and if you don’t have agave, you don’t have mezcal.” So sustainability is very important to Amores.

He continued: “We knew we had to get vertically integrated and see a holistic model that could work in the whole supply chain. Since 2012/ 2013, we plant agave in a very organic way.” They pride themselves on being “seed to sip”, working with nurseries where different varieties of agave are grown. In some places, in order to avoid deforestation, they either plant in “already-ploughed agave lands that were already worked” or even planted the agave around the trees. He added: “We never launch an agave if we don’t have a planting programme.” This year they have planted over 100 hectares.

The respect for the agave continues after harvesting: “We don’t use any chemical, additives, during fermentation or post-distillation.” They use natural yeasts for fermentation. They are also environmentally friendly in other ways: “in 2018 we started buying carbon bonds so we are carbon neutral. First mezcal and Mexican distilled spirit with carbon neutral accreditation”. This involved planting trees in the Amazon, the Dominican Republic and now in Mexico.

Then it’s just the problem of getting people to drink the stuff. “Industry people are very keen, they love it, they are going deep into the mezcal world.” But according to Luis Niño de Rivera, this enthusiasm isn’t filtering down to the end customer, it’s just “industry-driven right now, customers know it is a trend but they haven’t got to the next stage of trying to understand it.”

Which brings us back to where we started, educating the consumer. Niño de Rivera compares it with how widely understood concepts like blended whisky, single malt, age statements and different brands are in Scotch whisky. But for most customers mezcal is just mezcal. Which is why he wants to encourage people to drink and appreciate mezcal neat, so that they can begin to understand all the different types. “For a white spirit to have all those complex aromas, it’s very unique,” he said.

But while we should drink more Mezcal neat, don’t forget it does make some bloody good cocktails. Niño de Rivera is a particular fan of the Mezcal Negroni made with their Cupreata. His favourite, however, is something called the Cupreatini. He explains: “just take a couple of measures of Cupreata, shake with four cubes of ice, strain into a Martini glass and serve with an olive. The cold and shaking brings out the veggie green aromas in the mezcal.” It’s the perfect introduction for someone who is mezcal curious who isn’t quite ready to drink it neat.

Mezcal Amores is available from Master of Malt. Click here to buy.

Master of Malt @MasterOfMalt
1 hour ago
A vibrantly flavoured spirit, great for using in cocktails – Daiquiris certainly come to mind looking at this one...
https://t.co/YunL7vRVqG
View on Twitter
0
0

Master of Malt @MasterOfMalt
4 hours ago
Stock up for autumn with @RabbitHoleKY Boxergrail Kentucky Straight Rye #Whiskey, combining 95% rye and 5% malted barley it offers a terrific array of creamy caramels and warming spices – just what you want from a top notch rye! 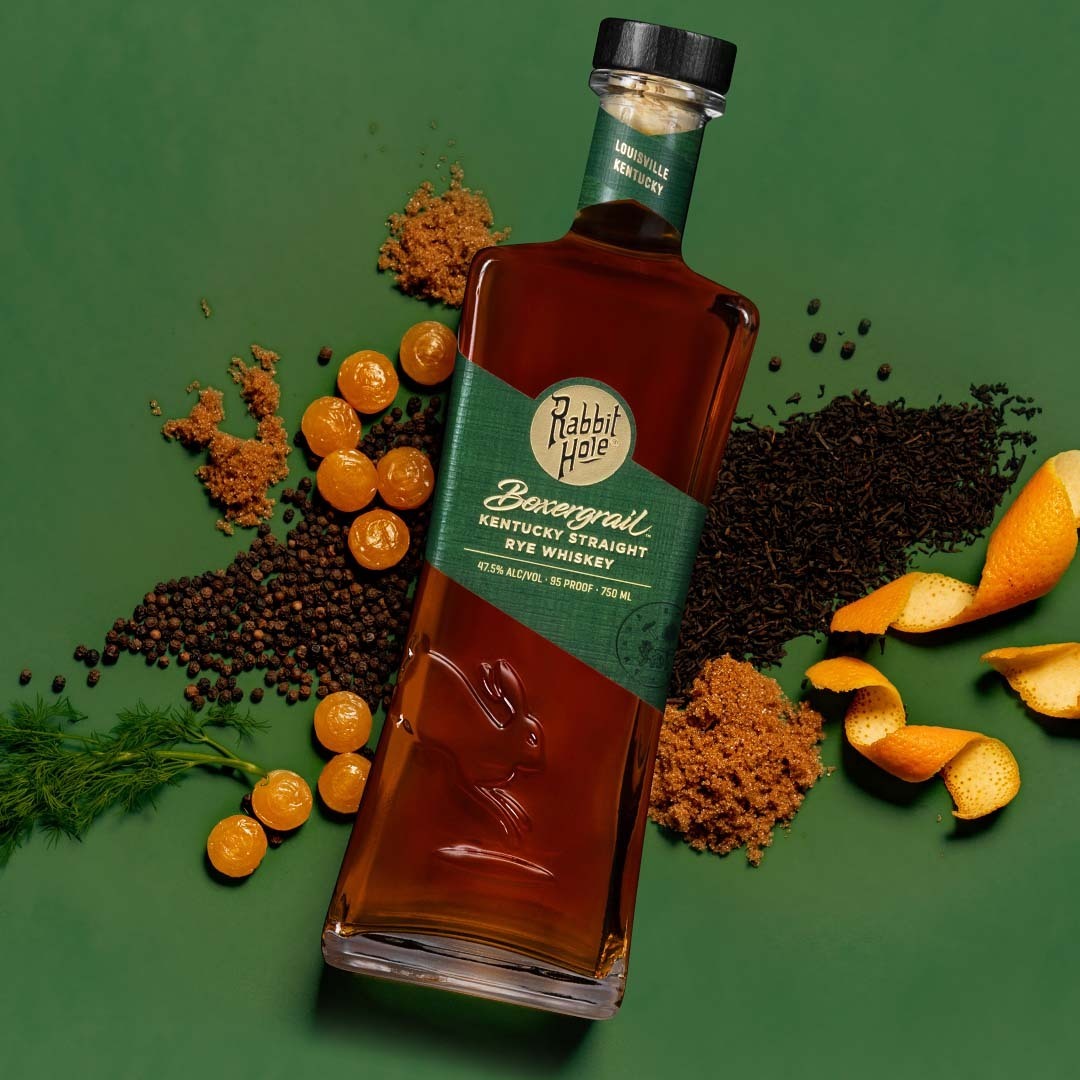 Master of Malt @MasterOfMalt
8 hours ago
Two Aberdeen students, dubbing themselves Two Racoons, are making #wine out of fruit that supermarkets throw away. Rubbish wine, it’s the future. 📸 @pressjournal 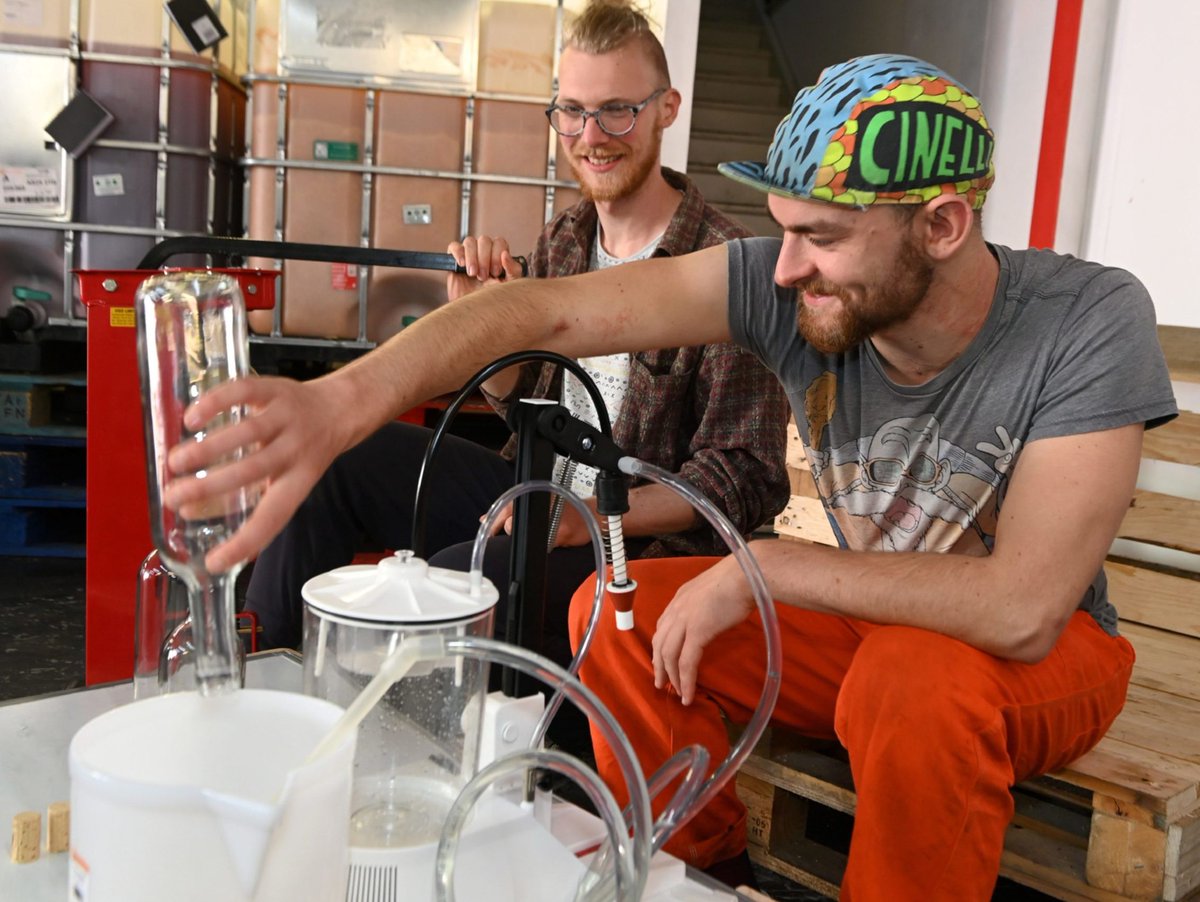