We found ourselves dram-to-face with the oldest ever distillery expression released from Dufftown’s oldest distillery: Mortlach. Naturally, we gave it a taste…

It’s safe to say that Mortlach is one of Scotch whisky’s finest distilleries. The spirit is reliably good and possesses a distinctive distillery character. The Speysider’s current core range is one of the most impressive you’ll find. But what are things like at the other end of the age spectrum?

We were invited to a tasting of its latest release, Mortlach 47 Year Old, to find out. The brand arranged for 47 guests in total to imbibe the imperious at The Violin Factory in Lambeth, London last night and global Scotch ambassador Ewan Gunn played host, brimming with anecdotes and answers from excitable whisky writers who delighted in bringing up the fact that we were tasting 47-year-old Mortlach. As we should.

Anybody who’s ever enjoyed a dram of the good stuff knows that there’s always going to be a level of intrigue about whiskies of a certain age, no matter how many brilliant young spirits are released by great distilleries. 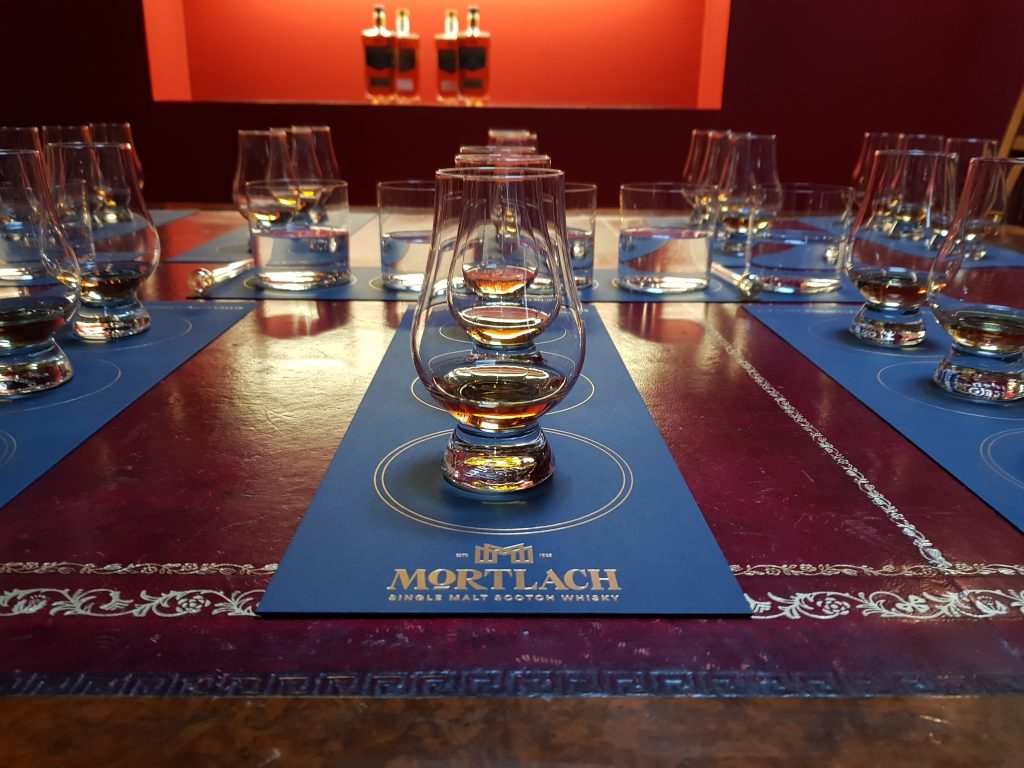 An introduction to Speyside whisky at the Violin Factory

An extra-old whisky can prove to be something of a double-edged sword, however. An expression of that age may have actually suffered from too long in the cask. That much wood can suppress the flavours of the new make and any trace of the distillery’s profile. You don’t want to end up writing a tasting note trying to write anything else other than ‘tannins’. Worse still, you could come to the realisation that your dreamy dram was actually a relatively poor whisky before it was even matured in the first place. Respect for your elders can only go so far.

That said, my impression going into this tasting was that Mortlach was exactly the kind of distillery that would avoid this fate. The spirit is known as The Beast of Dufftown’ for its robust, bold and uncompromising character and its noted ability to stand up to long maturation and distinctive cask types. It’s also been described as being atypical of ‘Speyside style’, though I’m not sure you could or should reduce any region to one profile.

Instead, it’s worth exploring what makes Mortlach unique, and for many that lies in the distillation process. You may have heard the brand explain that it distils its whisky 2.81 times, using a complicated process known as ‘The Way’. Gunn describes it is a method that “can only have come from the mind of a world-class engineer.” 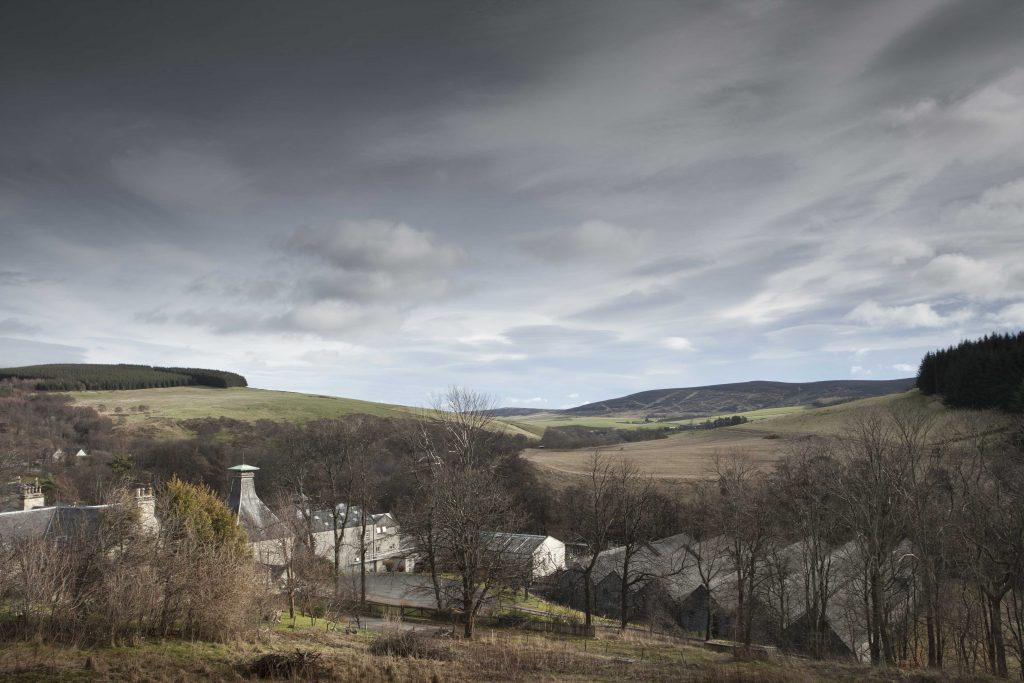 It’s essentially a partial triple distillation. Only two out of its six variously sized stills operate conventionally, the first being a wash still that carries out the first distillation and the second is a spirit still, which takes care of the second distillation. This pair of stills creates one spirit stream. All pretty standard fare so far.

All three spirit streams are then combined, having been condensed using wooden worm tubs (Mortlach remains one of only a handful of distilleries still using these to cool its spirit). The end result is the classic Mortlach new-make, muscular, meaty and full-bodied. You can get an idea here of why long maturation or cask types don’t tend to undermine Mortlach whisky. You’d have to think it would take a lot to shackle that particular beast. 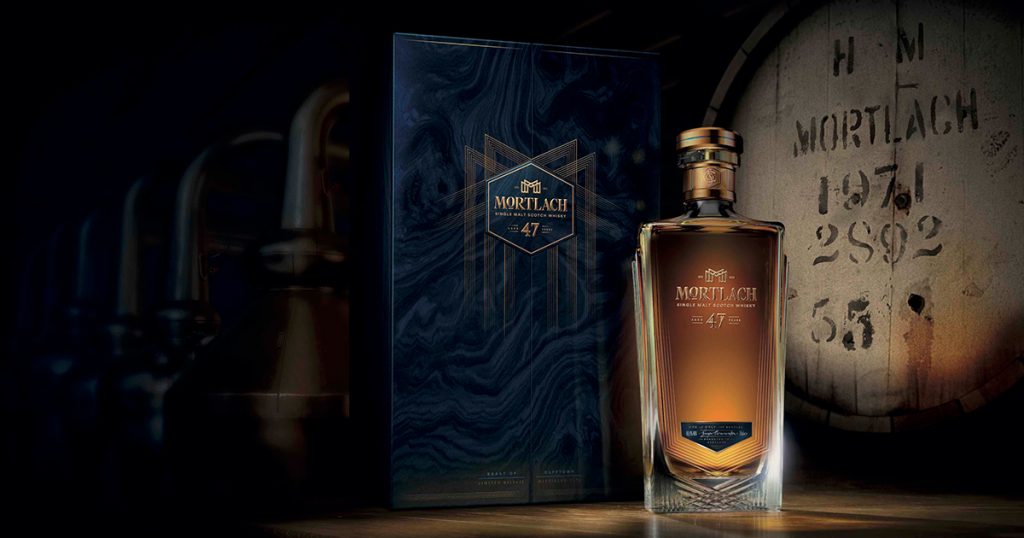 Which brings me to the 47-Year-Old. It’s worth pointing out that it’s not the oldest ever bottle of Mortlach whisky. In fact, there was a 75-year-old bottling of Mortlach released by Gordon & MacPhail which was one of the oldest whiskies in the world. No, this expression is instead the oldest ever released from the distillery itself, and the first from a new collection of single cask whiskies called The Singing Stills Series. The range will eventually feature three rare single cask expressions and was named after Mortlach’s famously vocal distillation equipment. Talk of beasts and singing inanimate objects all sounds a little Beauty and the Beast, but “the sound of the stills is as distinctive to the distillery as the taste of the whisky,” Gunn assures us.

Mortlach 47 Year Old was matured in a single refill American oak hogshead that was filled in 1971 and then rested for nearly half a century in the original warehouse before it was bottled at 46.8% ABV. There are just over 90 bottles left from the original 100 that were filled, so Mortlach has launched an online registration, which opened last night, on Justerini & Brooks in order to handle the demand. It will set you back £10,000. Quite steep, but then we are living in increasingly silly times.

In the material sent out with the announcement of this series, master blender Dr Craig Wilson describes the 47-year-old as “exquisite for its age and is unmistakably Mortlach, with its intensely complex character and well-balanced flavour profile”. It all sounds very delicious. Happily, we can confirm that it’s exactly what it is. What really stood out was the elegant structure of the dram, with a sublime nose as the highlight. There was enough there of what people would recognise was classic Mortlach, but also plenty of welcome surprises. Here’s a full MoM tasting note, so you can get a better idea of just how good my Tuesday night was: 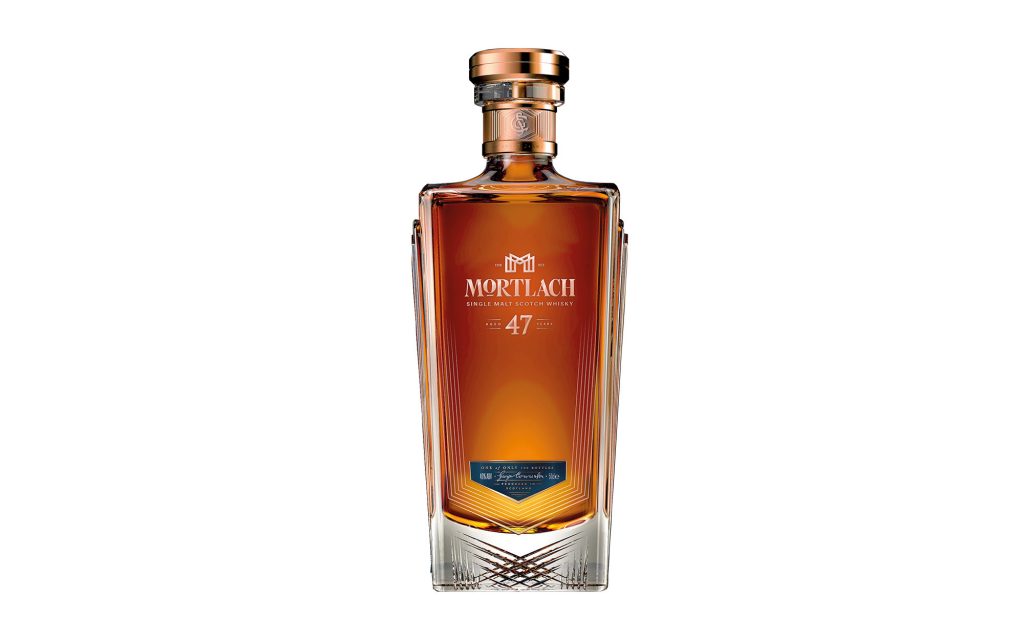 Nose: Rich, deep and elegant, the nose begins with dark chocolate with raspberries through it, Christmas pudding and a little floral honey. Fleshy nectarines, pineapple rings, ripe mango and a little banana foster add an exotic and refined sweetness. Vanilla fudge emerges and is followed by a fascinating blend of incense, star anise and thyme. Dried mushroom and cured meat provide a savoury, umami backbone, which baked earth and sandalwood complement. A helping of butterscotch and soft toffee pennies are present throughout, adding a sticky, unctuous sweetness.

Palate: The 47 years of maturation is more apparent on the palate, with sparks of oaky tannins rushing to the fore among dry earth and rancio. Then a raft of dark fruit sweetness and bittersweet, menthol herbs: blackberry compote, rosemary and more thyme predominantly, provide the all-important depth. Rich toffee, ginger snaps and a notable return of the fresh tropical fruits add very pleasant support.

Finish: The finish starts auspiciously with a thick spread of melted, salted butter. It then morphs into a decadent flourish with pear drops, a little retro lemonade and salted caramel sauce, which are balanced by notes of wood ash and charred Chinese pork spare ribs.

Overall: Very, very impressive. The nose, in particular, I could have enjoyed for a fortnight at least. In summary: I’ll fight you all for another bottle.

Cocktail of the Week: The Gin and Tonic