New Glenmorangie whisky is here! And as this swanky single malt was finished in an ex-Cognac cask, we thought we’d have a quick look at why it’s a rare choice of barrel for whisky makers and review its impact on the dram.

I’m sure it hasn’t escaped the notice of many of you that an intriguing new Glenmorangie release turned up on our site. The snappily-titled Glenmorangie Barrel Select Release 13 Year Old Cognac Cask Finish arrived this week, radiant with its exciting promise of an interesting cask finish you don’t see that much.

For those who haven’t spotted the clue in the name yet, the Glenmorangie Barrel bla bla bla was initially aged in ex-bourbon casks for over eight years, before being finished in those unusual Cognac casks for a further four years, and then bottled up at 46% ABV.

Glenmorangie is not the first Scotch whisky brand to turn to France’s most famous spirit export for casks. The Glenlivet, Glenfarclas, Chivas, Arran, Douglas Laing, The Balvenie, and more have used Cognac casks in the past. But it’s still not exactly a common choice. At the time of writing, the only other dram available on our site that was matured for any time in an ex-Cognac cask was The Irishman Single Malt Cognac Cask Finish. 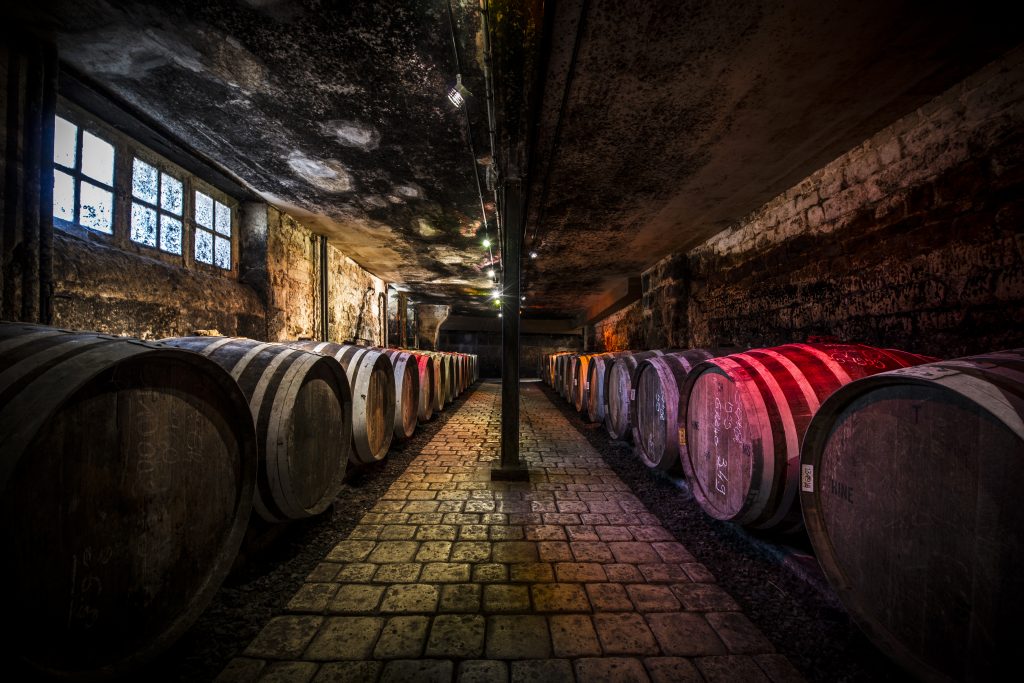 Cognac casks are not a common sight in Scotch, yet…

Cognac and Scotch are better known as old rivals than boozy bedfellows for much of their history, vying for the status of go-to brown spirit in Britain, American and globally since the 19th century. The two have gone through the phylloxera crisis, Prohibition, the golden age of cocktails, world wars, various boom-bust cycles, and more in that time. Both vying for the same customers forging something of partisan drinking environment where folks made the choice between being Cognac drinker or a whisky drinker. Oddly in France, whisky is much more popular than Cognac.

While Scotch sits prettier than Cognac in raw sales these days, the air of competition is gradually subsiding to leave more room for collaboration and coexistence. Both are taking pages from each other’s books now, with Cognac dipping its toes in the world of cask finishes while Scotch increasingly embraces terroir and prestige (or lets face it, bling).

But that hasn’t translated into routine cask trading. For starters, the rules of Cognac prohibit the use of ex-whisky casks. Furthermore, you can’t get casks once filled with Cognac on the scale or for the value you can an ex-bourbon or sherry. Access is improving as many of the biggest drinks companies produce both, like Pernod Ricard (Martell and Chivas Brothers, among others), Beam Suntory (Courvoisier and Laphroaig), and, of course, LVMH (Hennessy and Glenmorangie). But ex-Cognac casks are not exactly a go-to choice yet. 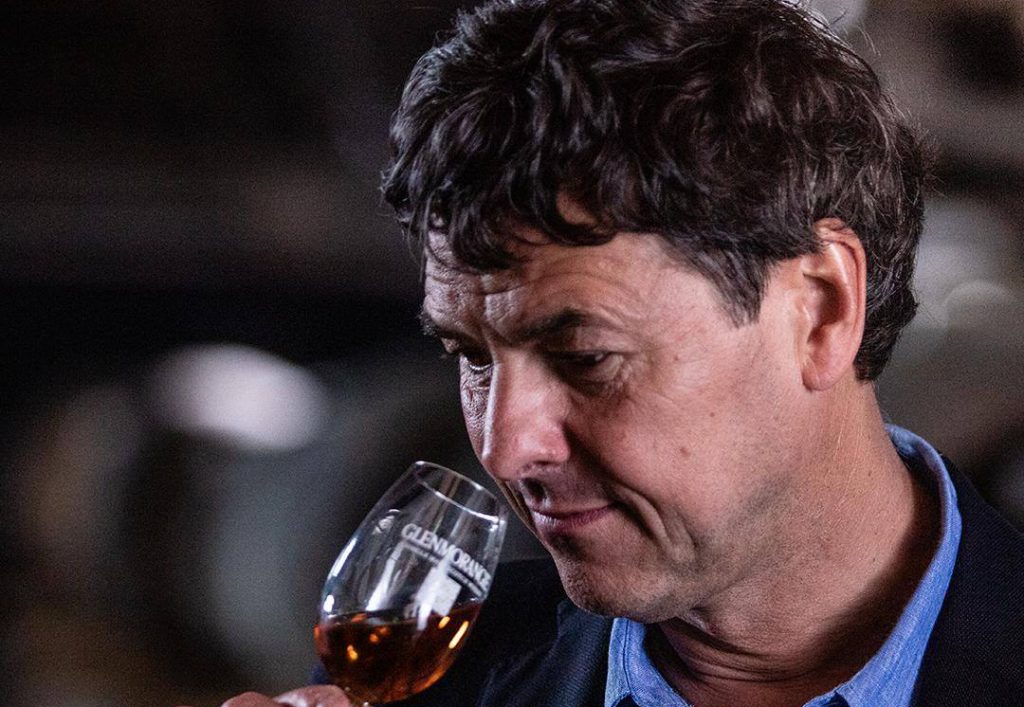 Dr. Bill is experienced at dealing with tricky casks

Even if you can get your hands on a barrel you are dealing with the prospect of marrying two distinct spirit styles in order to create something greater than the sum of its parts. As such, Cognac is a tough cask to get right and few whisky makers are capable of striking the perfect balance. It’s all too easy to overpower the whisky, particularly when your spirit is light and elegant like Glenmorangie’s.

Naturally, Glenmorangie’s head of whisky creation Dr. Bill Lumsden has done his fair share of experiments with Cognac casks before. But, surprise surprise, he says previous incarnations resulted in Cognac overshadowing the whisky’s character. The remedy was to utilise Cognac casks that had been filled several times, resulting in a more subtle wood influence on the whisky.

Sometimes it’s the simple solutions that do the trick. Although, we’d imagine there’s a little more to it than that and there was some trial and error involved. Dr. Bill does, of course, have a history of getting cask innovations right, with expressions like Nectar d’Or, Spìos, and the 12 Year Old Malaga Cask Finish demonstrating his expertise. So an ex-Hennessy cask (we presume, because why wouldn’t it be?) was never going to prove beyond him.

Get your hands on the dram now!

That’s assuming, of course, this cask finish does work. This brings us nicely to the review. And it’s safe to say Dr. Bill has succeeded in measuring this right. The lush fruit and refined sweetness that makes up the Glenmorangie DNA comes through but it’s more decedent here without veering into dangerous saccharine or cloying territory. Glenmorangie Barrel Select Release 13 Year Old Cognac Cask Finish makes for a pleasant sipper and for a good alternative for those wanting a change from the classic wine and sherry cask finishes.

Palate: Soft and a little oily, the palate begins with orange boiled sweets and helpings of dried tropical fruit and nectarines in support. Vanilla shortbread, clove, and some well-rounded oaky spice adds depth among hints of marzipan, dark chocolate, caramel, and a slightly earthy tobacco element.

Master of Malt @MasterOfMalt
1 hour ago
Well, isn't this a stunner? Single malt from the now closed Dallas Dhu, distilled in 1969 and matured for 50 years in a single ex-sherry hogshead! Independently bottled, and extremely smartly presented for @gordon_macphail's Private Collection.

Master of Malt @MasterOfMalt
10 hours ago
According to market research by Shepper, the UK’s on-trade and hospitality outlets prefer to serve leading gin and tonic brands as their house products instead of supporting local and small-batch counterparts.
https://t.co/J73mlftt0B
View on Twitter
0
0

Fettercairn Distillery is finally telling its own story

Cocktail of the Week: The Woodsman