It’s Master of Malt Islay Festival 2021 day 1. And we begin over a week of Islay whisky fun with a look at the island’s newest  producer, Ardnahoe. We find out what’s going on at the distillery and take a look at  how difficult it can be to even reach the island.

Islay’s newest working distillery was built by indie bottler Hunter Laing and began distilling in 2019. We visited for the launch and had a particularly scary descent onto the island (though the old hands took it in their stride) so we thought we’d ask some industry types to share their own interesting journeys to Islay. But first, we take a look at what kind of online excitement the Laing family has waiting for you at Ardnahoe. And don’t forget to listen to our Islay memories playlist on Spotify to get you in the mood.

Events will take place on 28 May. The distillery will be running a virtual operator’s tour at 11am hosted by Stuart Hughes, then a Kill Devil rum cocktail session with rum expert Emily, followed by at 7pm the main event: a live tasting of rare Kinship single malts and the Ardnahoe new make. Tasting kits are available. Go here for more information. Below we have an interview we did with Andrew Laing back in 2019.

For an island that’s only 20 miles off the coast of mainland Scotland, Islay can be surprisingly hard to get to. Whether you’re flying in or taking the ferry, your journey may well be disrupted by the rapidly-changing weather. You might not reach the island at all. We’ve all had experiences of product launches on Islay being rerouted at the last minute. So we thought we’d ask some whisky veterans to share their stories of travel misadventures on Islay and Jura.

The traditional way to get to the island is via a Caledonian MacBrayne ferry or CalMac as it’s affectionately known. Though Paul Gordon from Ardnahoe hasn’t had much luck with this great Scottish institution “with the service consistently disrupted.” He puts the blame squarely at the feet of “Scotgov and Transport Scotland who have underinvested in the fleet and when they invested they built one large boat instead of smaller more flexible vessels.”

Meanwhile Felipe Schrieberg, drinks writer and co-founder of Rhythm and Booze project, warned: “Woe betide the poor soul that manages to book the Islay ferry far in advance but then proceeds to arrive even a minute late than the cutoff point for check in. Your assured spot then becomes meaningless, and in the purgatory of ‘standby’ you’ll have to wait most of the day before a berth miraculously frees up.” He went on to tell us that leaving the island can be no easier: “Our ferry, the last of the day, was cancelled due to bad weather which meant that rather than spend a pleasant night in our apartment we had to dash at midnight to wait all night in the standby queue to get on the first ferry the next day.” 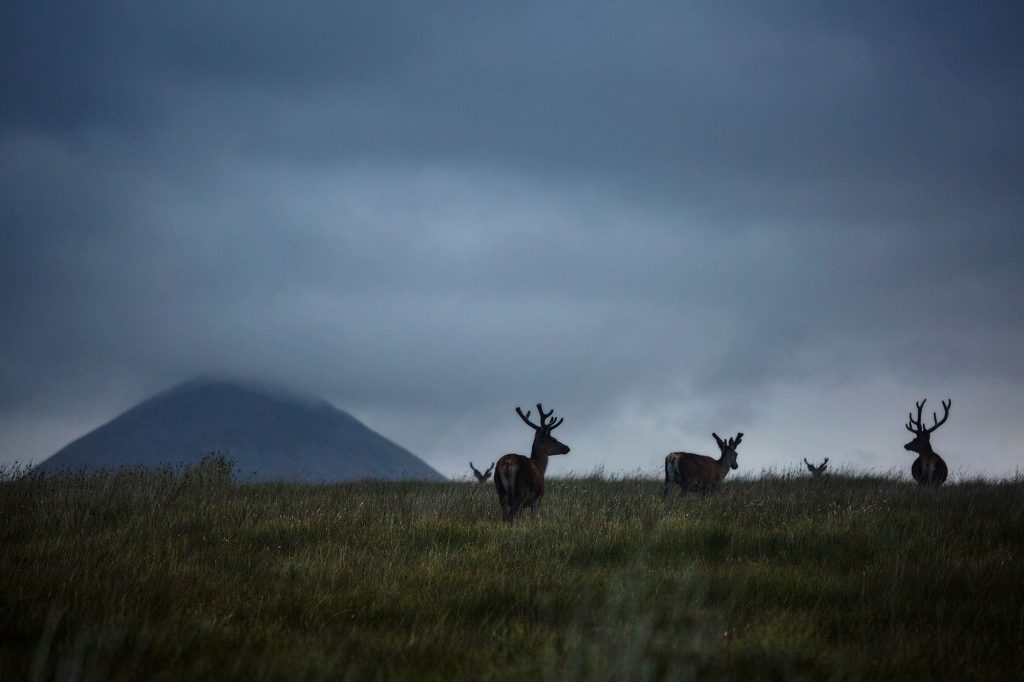 On a clear day, there’s lots to see on Jura

During Feis Ile 2019, Master of Malt’s own Laura Carl “spent a day on Jura without actually seeing Jura.” She explained: “It was an ABYSMAL day, grey, overcast, on and off rain. We were waiting to get the ferry over to Jura and it didn’t look too bad. We exited the ferry on Jura and started to climb, the higher we got, the further the mist descended upon us. It was so bad that we could only see about a foot in front of the car with fog lights on. It was honestly like driving through soup.”

Meanwhile Rachel McCormack’s, author of Chasing the Dram, problems started long before she even got to the island on the bus ride from Glasgow: “The driver turned up 20 mins late with bloodshot eyes, stinking of booze and didn’t seem to be entirely sure how traffic lights in Glasgow worked, but did manage to get us all up past the Rest and Be Thankful and down to Inveraray without incident. At Tarbert he phoned the ferry company and blamed Glasgow roadworks visible only to himself for the delay so the ferry had to wait for us.”

Nicholas Morgan, author of A Long Stride, and former head of whisky outreach at Diageo, is a veteran of Islay visits. He told me about one attempt to visit Lagavulin for the ceilidh: “We never got there; the Islay curse of low clouds and almost zero visibility.  Delayed take off, three white-knuckle ride attempts at landing (I swear I saw a very adjacent sheep’s arse as we lifted rapidly from the third) and off we headed to Glasgow, much to the relief of many on the flight.  I was told later that Iain McArthur had been standing out on the pier at Lagavulin with one of the cruise people, who, hearing the sound of a plane through the mist said ‘that’ll be Dr Nick heading in for the ceilidh’.  Iain listened carefully and said, ‘no, that’ll be Dr Nick heading back to London’”. 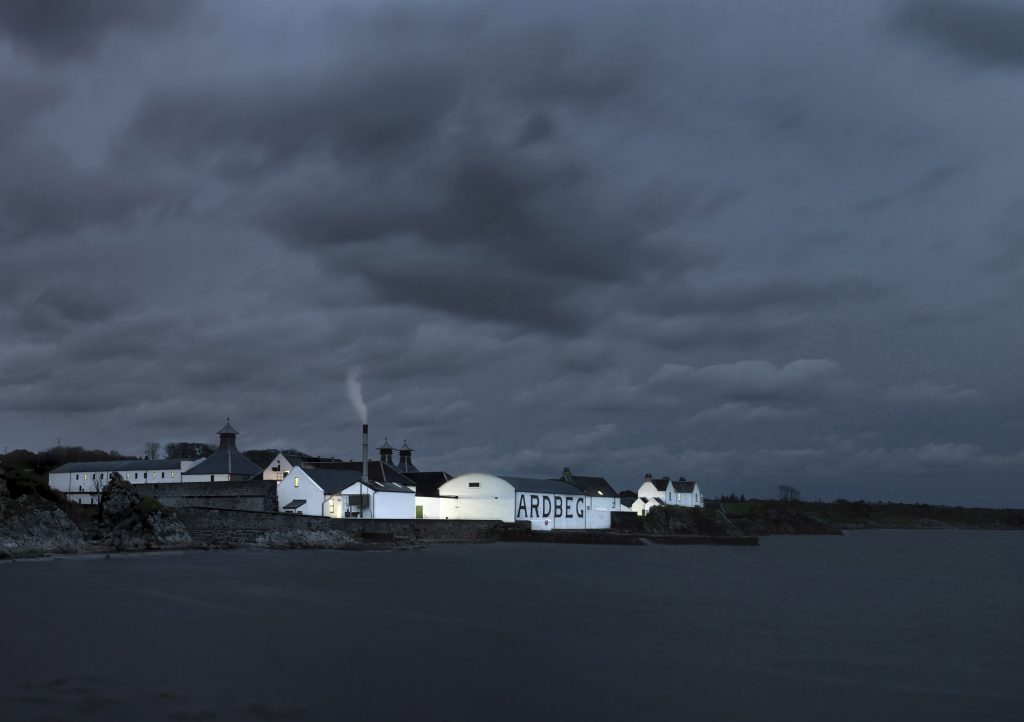 And I said what about breakfast at Wetherspoons

Morgan isn’t the only one whose plans have been disrupted by the weather. Joel Harrison’s, from World’s Best Spirits, journey to the launch of Ardbeg An Oa was repeatedly delayed because of fog: “Eventually we boarded the small plane, and the flight took off. 20 mins later we were circling Islay, waiting to land. But the dreaded fog had returned. Informed by our captain that he was waiting for a break in the low-level cloud, it took an hour before he finally announced he had a gap and that he was going for it.”

He continued: “The cloud was low, the expectation high. As we descended, from my window seat I could see nothing but the reflection of the fear in my own eyes staring back at me. Finally, the cloud broke. We were so low to the ground that I swear I was able to look a fisherman in the eye. Immediately, the engines roared once again, and we started to lift. No dice. This wasn’t to be our landing.”

Eventually, the group had to head to a hotel in Glasgow, where the samples had to be hastily sent by Glenmorangie. “That day, instead of a slap-up seafood platter, I had breakfast, lunch and my dinner in the ’Spoons at Glasgow airport,” Harrison said.

It’s not all bad though, Christopher Coates from Whisky Magazine has been much luckier with his visits to the island:  “I’ve only ever had sunshine, clear skies and calm seas for my crossings to Islay. But I’ll never forget my first time: I had to get up at 5am to make the 7am Kennacraig-Port Ellen ferry and, shortly after boarding, fell asleep in the top-deck lounge. After what felt like only a few seconds of shut-eye, I was awoken by the sounds of some very excitable German visitors whooping and yelling out on the observation deck. The early morning mist had cleared and they’d just spotted the whitewashed buildings of Ardbeg. I went outside and cheered along with them. It was the start of a very good day.”