How do you make alcohol-free beer delicious?

Annie Hayes
No Comments on How do you make alcohol-free beer delicious?

Britain’s pioneering brewers have made it possible to enjoy a flavourful sip without unfavourable ill-effects the following morning. But how, exactly, is alcohol-free beer made? We chatted to the brains behind a handful of innovative booze-free breweries…

Made with Bavarian spring water, Pilsner malt, Hallertau hops and a bespoke strain of yeast, Lucky Saint is brewed according to the latter. Rather than use a single-infusion mash, the team has opted for a more labour-intensive step-mash, whereby the temperature is progressively increased through 60 to 75 degrees celsius. “This gives us greater control over the creation of fermentable sugars and, importantly, allows us to produce a wort with minimal non-fermentable sugars,” Boase outlines. 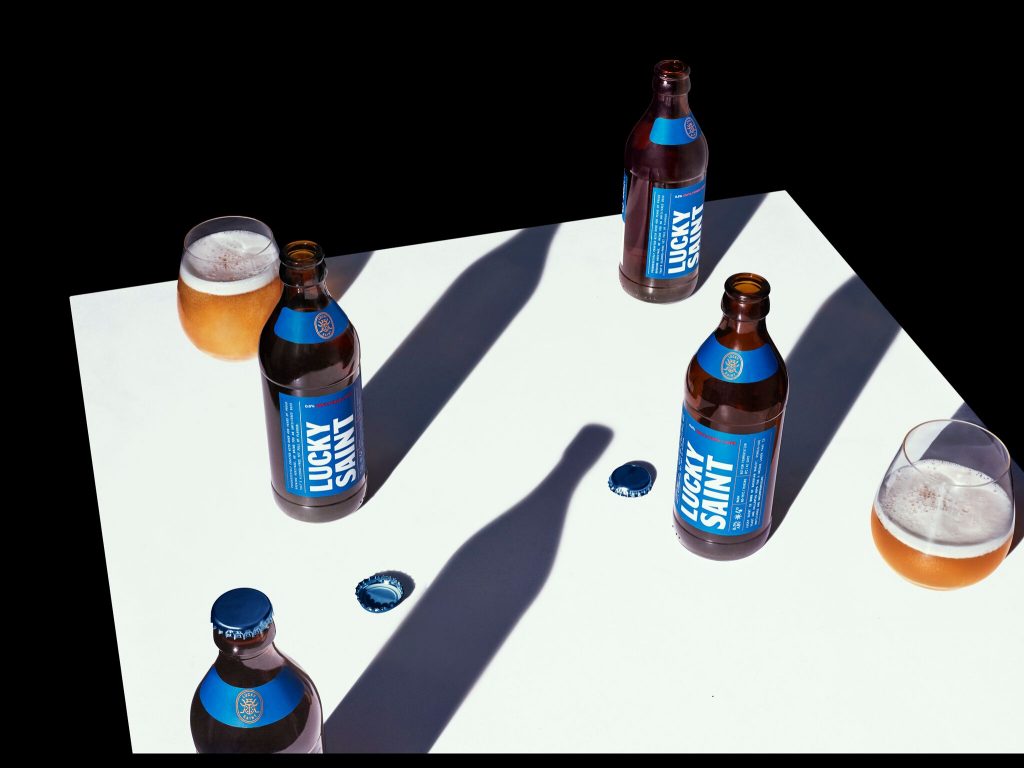 Then, the beer is fermented and conditioned for six weeks, during which time any sediment naturally separates, allowing the team to “retain as much flavour, body and character as possible”. The final stage before bottling is vacuum-distillation. “There are a couple of technologies available,” he continues. “We selected vacuum distillation, which changes the atmospheric pressure and reduces the evaporation point of the alcohol.

“Typically, alcohol evaporates at almost 80 degrees Celsius, but beer doesn’t survive those kinds of temperatures too well,” Boase explains. “Within the vacuum, we can lower the evaporation point to around 40 degrees Celsius, removing the alcohol without affecting any of the delicate flavours of the beer.”

Beer alchemy at its finest, you’ll agree. But while the team has spent time honing the process, they aren’t precious about experimenting when it comes to future bottlings. “Different technologies can work better for different products,” Boase says. So, what about the alternative? How exactly do you go about brewing a beer that barely registers above 0.5% ABV at full strength?

To find out, we tapped up the folks at Big Drop Brewing Company. “We use a ‘lazy yeast’, which is bad at converting sugars to alcohol; a smaller-than-usual mash bill, which has fewer sugars to convert; and we control the temperatures at various points to control how quickly everything ferments,” explains director Nick Worthington. “We use a wider variety of grain, up to 20 different kinds – everything from wheat, oats, barley, rye – to give that depth of flavour and pack a punch.” 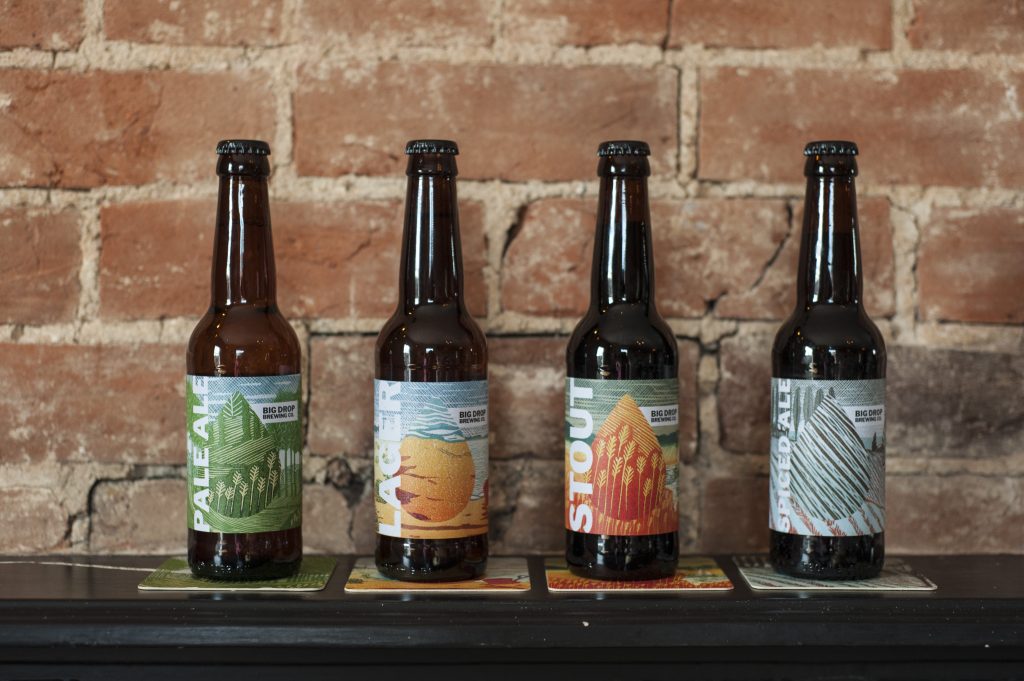 Just some of the delicious Big Drop range

Of course, for every craftsman there’s a multinational conglomerate willing to cut corners and make a buck from the masses. It’s worth noting that the bigger breweries – the household names on the periphery of alcohol-free alchemy – are often more economical, shall we say, in their endeavours, opting to add a malt extract after brewing and chemically extracting the booze to boost certain flavour notes, for example. Still, for the most part, the burgeoning industry remains a hotbed of authentic innovation balanced with reverence for the wider beer category.

“It’s a really interesting and exciting challenge for brewers,” says Chris Hannaway, who co-founded Infinite Session brewery with his brother Tom, “to create a great tasting beer without the main ‘ingredient’ that usually helps them to do this. It takes more precision, more research and more skill to make a great alcohol-free beer.”

When brewing their beer, the duo uses a variety of different malts to achieve the desired mouthfeel, complexity, sweetness, colour and head for each bottling. So far as alcohol-free brewing is concerned, “this really is only the start,” he continues. “As the taste and quality improves across the board, any stigma that remains will become almost non-existent.”

Ultimately, breweries are trying to offer more choice, adds Worthington, and that can only be a good thing. “Many brewers now offer a variation of one of their most popular styles in an alcohol-free format,” he says. “They recognise people might not want to drink beer all the time but may still want to drink one of their products. They still want an adult-tasting drink.” There’s plenty of chatter about Generation Z eschewing alcohol and staying sober in the age of social media, but Worthington believes booze-free beer is beloved by a different demographic. “People say one in three 18 to 25 year olds aren’t drinking, but it’s not necessarily them – we don’t think they’ve ever drank beer, so they’re unlikely to pick up an alcohol-free one,” he says. “It tends to be the generations above who are looking to put some balance back in their lives. They like the taste of beer, but they don’t necessarily want the alcohol with it.”