Victoria Eady Butler, master blender at Uncle Nearest, has quite the story to tell. Which is why we were delighted that she sat down with us to talk about her family history and life as the first African-American master blender.

In the UK, October is Black History Month, a programme that was started to teach and remember history that had been ignored or forgotten and to honour achievements that had previously gone unmarked. The story of Nearest Green, an emancipated slave who perfected the Lincoln County process, taught a young orphan named Jack Daniel how to distil and was the first African-American master distiller, is an example of that.

While Green’s contributions were common knowledge among his ancestors, it wasn’t until author, entrepreneur, and researcher Fawn Weaver brought his story to life by founding the Uncle Nearest brand in 2017, that his story became known by the public. The brand, which is proudly black-owned and operated, has become the fastest-growing independent American whiskey brand in history while challenging the old white-washed narratives. Jack Daniel’s even formally acknowledged Green’s role in the formation of the brand’s signature product. In 2019, Uncle Nearest appointed the first known African-American master blender, Victoria Eady Butler. Who happens to be the great-great-granddaughter of Nearest Green.

Butler had initially joined the Uncle Nearest team as the director of administration of the Nearest Green Foundation, which provides scholarships to Nearest Green’s descendants, in March 2019 following retirement from a 31-year career within the Department of Justice. Just a few months later, she was asked to curate a small edition of the brand’s signature 1884 whiskey, as Weaver wanted each batch to be blended by one of Green’s descendants. It was launched in July to such success that by November she was appointed as master blender.

Now, nearly a year on, Butler reflects on her past year and opens up about her remarkable family history. 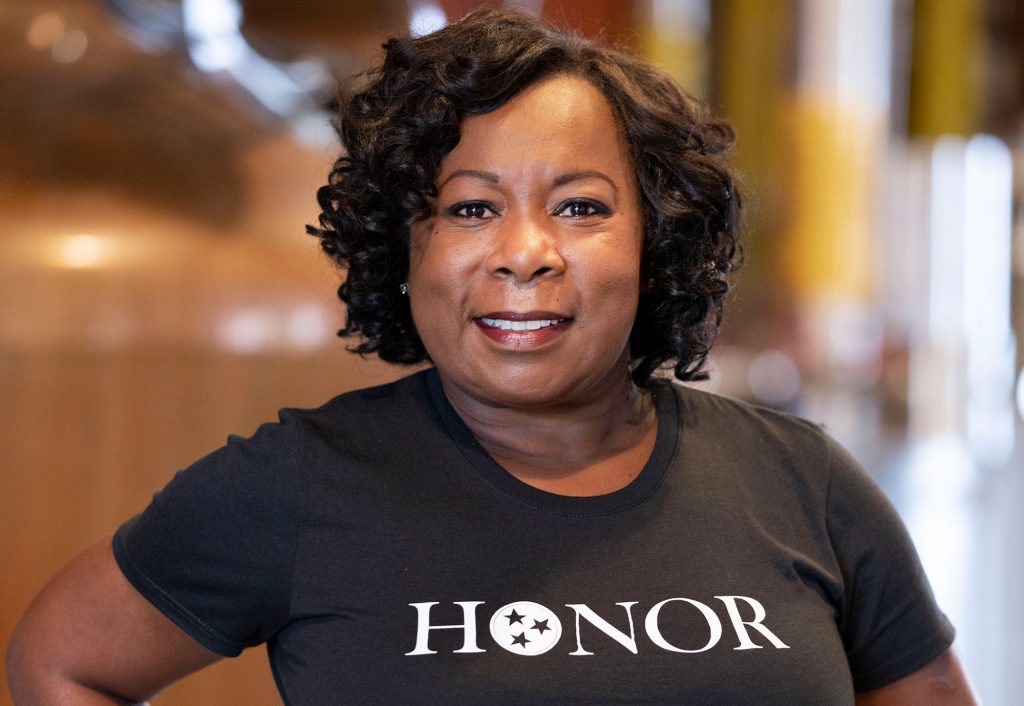 Master of Malt: You were the first descendant of Nearest Green to be involved in the creation of an Uncle Nearest expression. What was that process like for you?

Victoria Eady Butler: “The first time I went into the lab I was a nervous wreck! I had never done anything like that before. I had already started studying, reading and tapping into the minds of other master blenders, learning as much as I could from my team members and others in the industry. But I was a little nervous at first. As the project progressed I became more comfortable with it. I soon became confident. I had been in law enforcement for 31 years, so this was something totally different for me”.

MoM: Why do you think you had a natural aptitude for blending?

VEB: “I believe what Nearest started all those years ago, that lineage, is in me. I was born with whiskey in my blood! The transition to become the first female African-American master blender was not a big hurdle to cross. It came pretty natural to me. Now we’re into our eight batch, I’m very confident in my abilities and things are going better than anyone could have ever expected”.

MoM: Were you always aware of your family history?

VEB: Absolutely. Growing up, my grandmother Annie Bell Green Eady (who is Nearest’s granddaughter) made sure that her kids, grandkids and great-grandkids all knew who he was. Not just us, but anyone who came to visit. We all had the privilege of sitting at her feet while she told the stories of him. She wanted us to know that he taught Jack Daniels how to distil, that he was an honourable, proud man. Although he was born into slavery, he died a free man and what he contributed to Jack Daniel’s lives on. We like to say that she was one of the first keepers of the Nearest Green story. 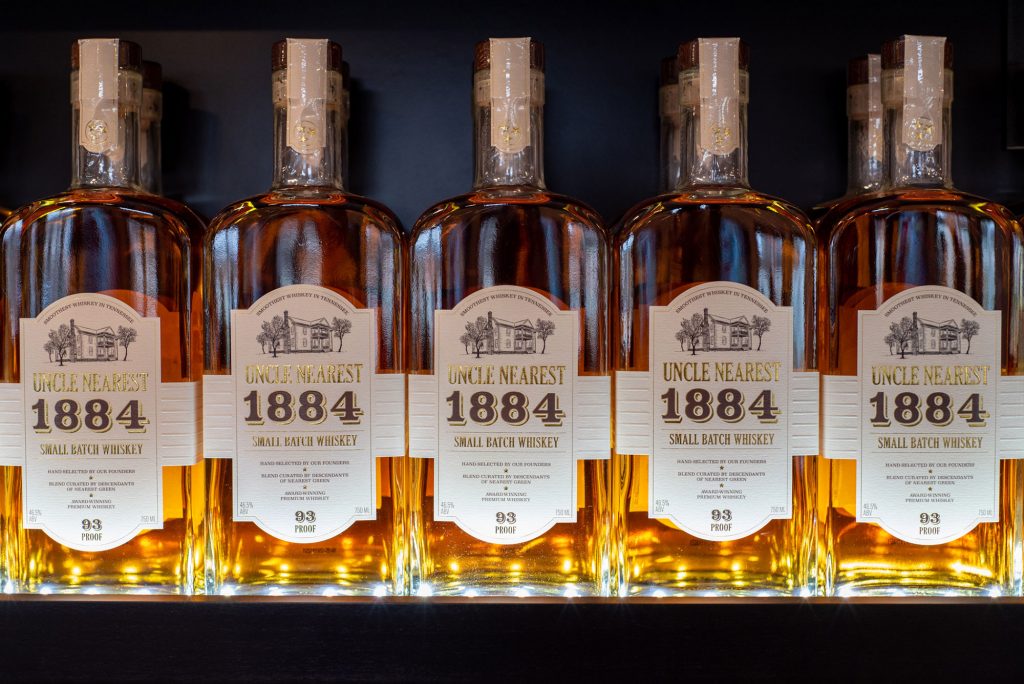 MoM: What does that story mean to you?

VEB: It is very humbling now that I am the first female African-American master blender after my great-great-grandfather had, and still has, the title of the first African-American master distiller. To walk in his footsteps and see our brand grow, the only brand that acknowledges and honours a black man, it’s hard to find the words to describe what that means to me. I’m honoured to be in the position that I’m in, I’m honoured that I work with a group of people who are dedicated to ensuring that Nearest Green’s name and legacy are never forgotten again. It means the world to me.

MoM: Has your family’s involvement in whiskey continued through the generations?

VEB: There has never been a drop of Jack Daniel’s made without a Green on property. My three siblings, my two sisters and her youngest brother work at the distillery. My oldest sister has been there for 40 years.

MoM: Do you still learn things from Nearest Green?

VEB: Absolutely. I’ve known my whole life that he was integral in Jack Daniel’s whiskey, but I’m always learning. Fawn Weaver is a wealth of knowledge. She has done so much research about Nearest Green which means I always learn something talking to her. When I look back and think about things my grandmother shared I can glean from that as well. The education of Nearest Green is ongoing and I’m so happy about that because he not only taught Jack how to make whiskey, he not only perfected the Lincoln County Process but he was his mentor. Jack Daniel’s mum died when he was a boy and by the age of 15, his father died. Nearest took him under his wing and taught him not just about the spirits industry, but he taught him about life. He was a very proud man. He was smart and innovative and these traits passed down the generations. 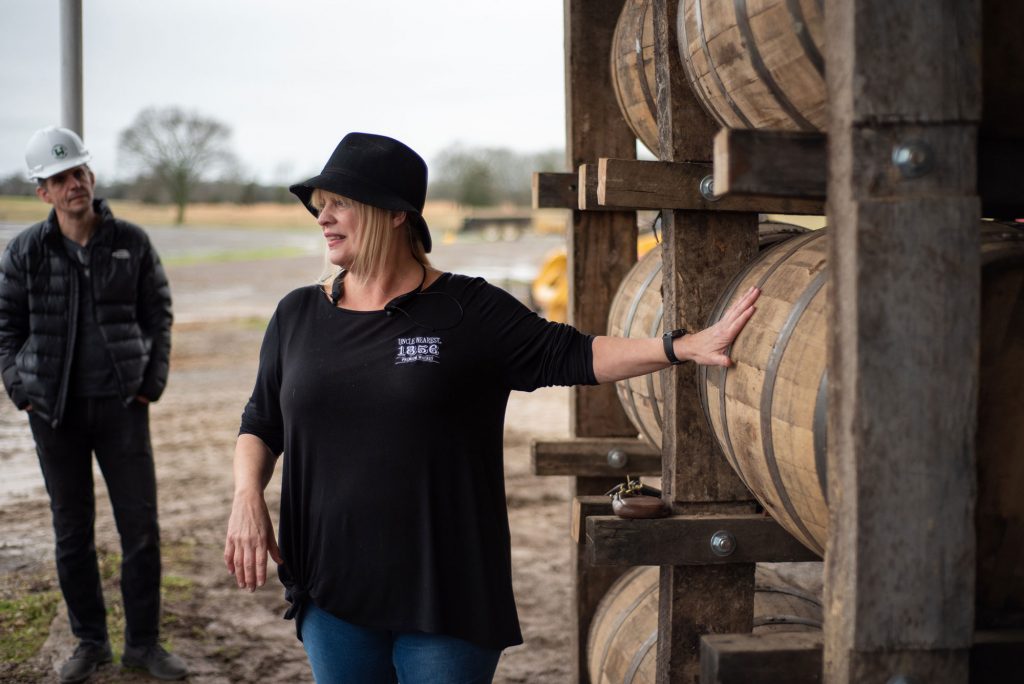 MoM: What could he learn from you?

VEB: I don’t know that I could teach him anything, but I could show him that we continue to hold our back’s straight, our heads high and that we keep pushing the needle forward. I’d like to think he was proud of me.

MoM: Does living up to a family name like that come with any pressure?

VEB: I don’t feel any pressure. I feel that, after all these years, I’m walking in my purpose and with that comes joy. Thanks to Fawn Weaver, I have tapped into a passion that I didn’t know existed until last March. I am enjoying what I’m doing, I’m honoured to be a part of the fastest-growing American spirit in history and I enjoy working alongside a team of dedicated individuals.

VEB: I love and adore her. She is a very generous, driven, strong and smart woman. I’ve learned a great deal from being in her presence. I love working alongside her. She’s brilliant. I’m thankful for the relationship that we share. We don’t have a blood relationship, Nearest is not her ancestor, but you would never know that based on the relationship she has with my family. We all adore her and the drive she has to ensure my ancestor’s name and history is all based on love, dedication, respect and honour. 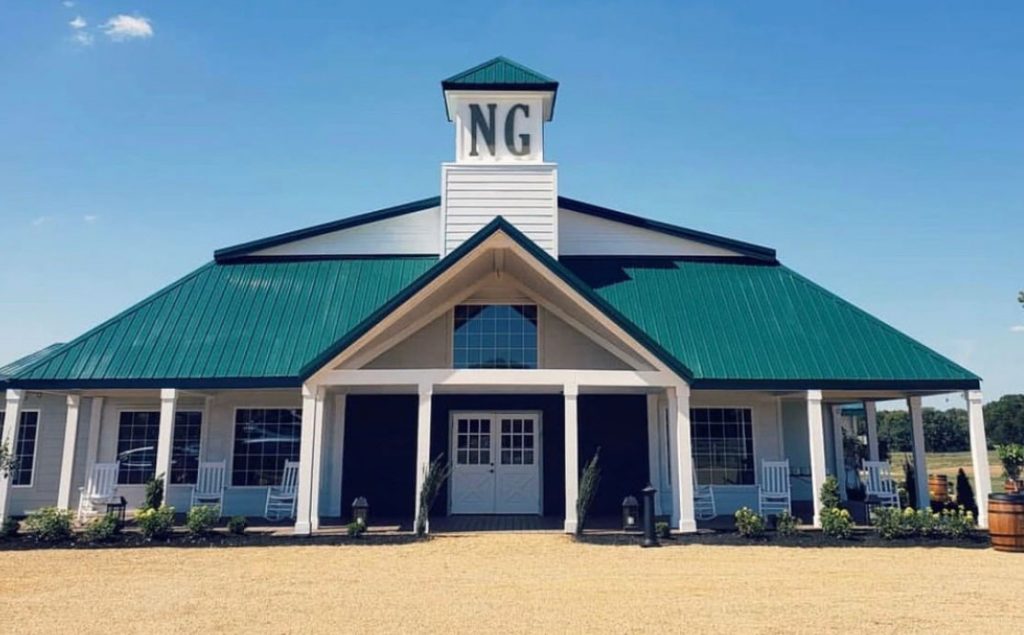 MoM: You’ve said before that your mission is much greater than just people enjoying our fabulous whiskey. Can you outline what it is?

VEB: We want to ensure that when people spoke of those folks who are considered icons or historical figures, like Jack Daniel, Jim Beam and George Dickel, that Nearest Green is spoken in the same sentence and that, long after all of us are gone, that his name and legacy will not be forgotten. That is why we’re building this great distillery in Tennessee, it’s a place of honour for Nearest and his descendants. Our mission is to ensure that after we have brought this legacy to the forefront of this industry after more than 160 years that the contribution of this once enslaved man is something everyone will know. That his merits will stand on their own. And that folks will recognise that he was, and is, the godfather of Tennessee whiskey.

MoM: How important is your role as an example?

VEB: As the first African-American master blender, I hope that I’m setting the bar high and that whoever comes after me will have the same passion and dedication to continue what we have started. We try to do everything with excellence, so I hope people can look at what I’ve done and they will continue in the same manner.

MoM: What advice would you give an outsider of the spirits industry that wants in?

VEB: I recommend they put their fears aside and make sure they understand that if this something they truly want, not just something they think is cool at the moment. We work hard, it’s not for the faint of heart. But you will never know what you can do if you don’t try. You need to learn all you can and be totally dedicated to the craft. This year ourselves and Jack Daniel’s created a $5m diversity initiative to provide expertise and resources to African-American entrepreneurs who want to enter the spirits world and we already have apprentices working at distilleries across the US. 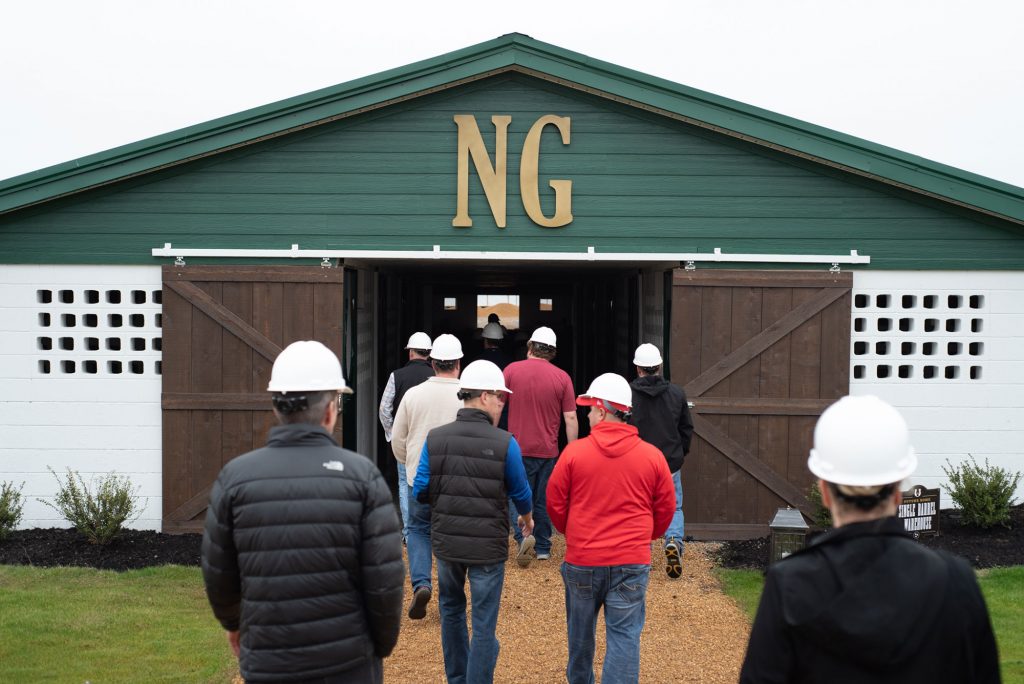 MoM: Has the last year emphasized the importance of the story and message of the Uncle Nearest brand?

VEB: Absolutely. When folks look at us I hope they see diversity and they see our brand is inclusive. We invite everyone to have a seat at the table.

VEB: Our plate is full, for sure! There is always something new and exciting on the horizon. For the UK, we’re hoping to get my small batch expression over here before the end of the year (COVID permitting) and hopefully roll out a single barrel expression next year. It’s amazing to see how fast the brand has grown in the states and hopefully that will be reflected in the UK!

Uncle Nearest 1856 Premium Whiskey is available from Master of Malt.

Master of Malt @MasterOfMalt
25 minutes ago
Rum is a pretty broad category, and with such a vast variety of production choices to make, different producers and regions are able to craft an endless array of remarkable expressions. We want your thoughts on what makes the ultimate #rum! https://t.co/y0GFEvZaRQ
View on Twitter

Master of Malt @MasterOfMalt
19 hours ago
If you love an old single malt but don’t want to pay rare Scotch prices, then you should be looking at Armagnac. @Lauren__Eads takes a look at this underrated brandy.