Laphroaig is one of Scotland’s most iconic whisky producers. We catch up with distillery manager John Campbell to chat still quirks, iconic figures from the past, and that all-important Christmas dram!

It’s a classic Islay producer with one of the most distinct palates in whisky. Love it or hate it, you can’t deny that Laphroaig holds a very special place in the collective whisky consciousness. We catch up with John Campbell, the brand’s long-serving distillery manager, and get a renewed taste for the mega-peated dram. 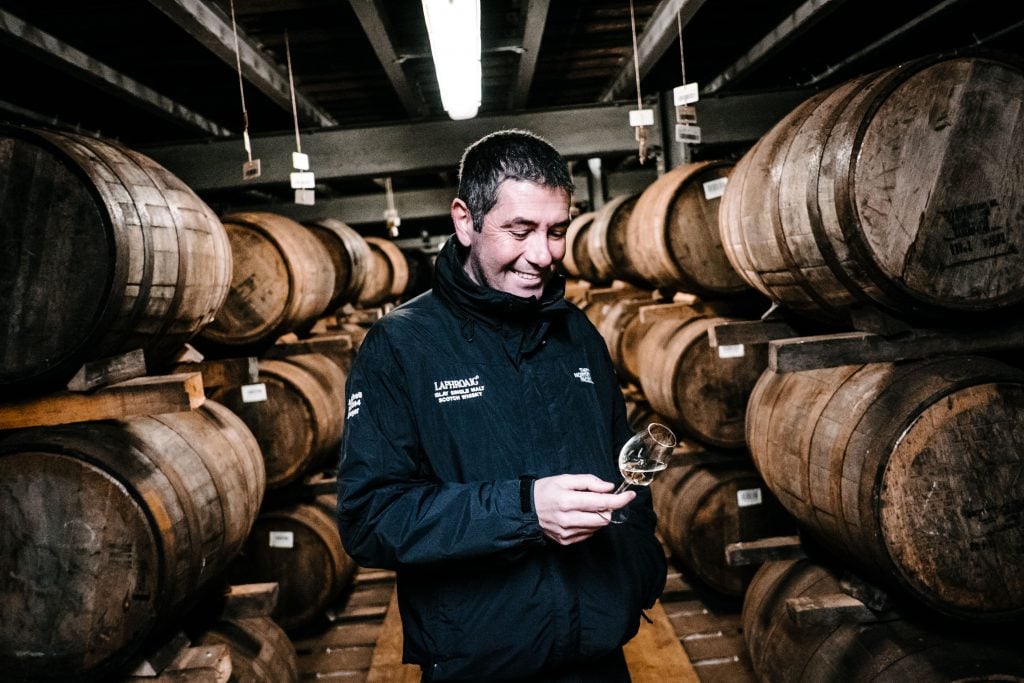 Master of Malt: Laphroaig is such a distinct, expressive single malt. Can you describe the distillery character for us in your own words?

John Campbell: It’s a very traditional operating process at Laphroaig, so this impacts the flavours we produce. The floor maltings add a lovely peatiness that’s unique to Laphroaig. Our distillation also helps define the flavours, with the longest foreshot run in the industry before we collect the spirit, with the two different sizes of stills in the second distillation running at different speeds. This in turn provides two different flavours which are married together continuously. We also mature on Islay too, which provides a different flavour profile as the climate here is different to mainland Scotland. We are right beside the sea so the air is different and the temperature profile is different, so it matures differently. These key processes help to give Laphroaig the character it has.

MoM: Opinions Welcome is back! The new campaign asks people to taste Laphroaig for the first time. What was the first Laphroaig you tried, and what were your initial thoughts?

JC: Well, my initial thoughts were not repeatable! As a 24 year old, I just wondered how and why it tasted this way. That is the exact moment we want to embrace with our consumers. It’s never really a moment you forget! And so many people have great first-time Laphroaig stories, so we want to share these.

MOM: You’ve recently released the next instalment in the Ian Hunter range. Tell us a bit about Ian Hunter, and why he’s so important to Laphroaig.

JC: Ian Hunter is so important as he believed and delivered on what he thought Laphroaig could be. He had a plan, and took Laphroaig from being the smallest producer on the island to the biggest. He re-invested all the profits in the infrastructure that is still here to this day. He understood that the recipe needed to improve, so he searched for the casks to mature his spirit in. Ian is the person that set up the site in most of the ways we run to this day. His legacy still lies before every visitor to the distillery over 100 years later. 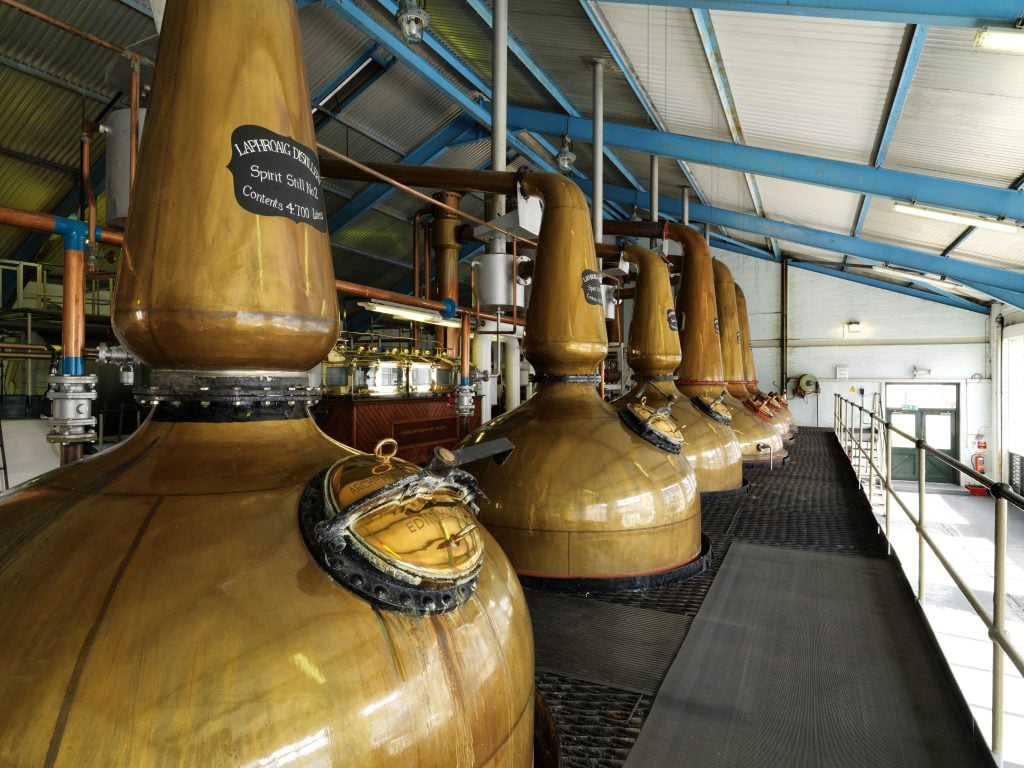 The still house at Laphroaig

MoM: Another iconic figure you’ve celebrated with a bottling is Bessie Williamson. Tell us about her!

JC: Yes! Laphroaig was lucky enough to not only have one amazing person lead us in the 20th century, but two, and back to back! Bessie took over from Ian in the 1950s and built on the success of the previous generation. Bessie was hugely influential, both within Laphroaig and Islay, but also across the wider Scotch whisky industry. She travelled the Americas as the Scotch Whisky Association’s ambassador in the 1960s, just as single malt started to come to the fore. On Islay, she understood the importance of social and environmental impact long before her time. She was an amazingly generous person with the team, but you also a great leader. You understood when you stepped over the line!

MoM: What’s coming up for Laphroaig in 2021? Are there any cask experiments, distillery developments, or anything else you can share?

JC: We have some new things coming next year, yes. We will have the new Cairdeas for 2021, which I think folks will love, and cask strength 10 and 25 year old releases. We also will have a different slant on the 10 Year Old for our Friends of Laphroaig [the distillery’s members’ club] to see. It will be fully oloroso sherry-matured, so I’m excited to see what our consumers think of this.

MoM: 2020’s been quite the year! There have been lots of negatives, but also lots of opportunities to share drams and chat in the virtual space. What have been highlights for you?

JC: It sure has been a year! It’s been very tough for us all in so many ways. It’s amazing to think we are having discussions about changing our society; that’s never easy, but amazing. The internet can be a place from time to time too, and the positive side of this has been a bonus. I have tried to understand this more and more, and support better and better, as the year has progressed.  I think the support within, and for, consumers from the industry on the virtual platforms has been amazing. We have all supported each other, stepped up our game, and it’s been very entertaining. 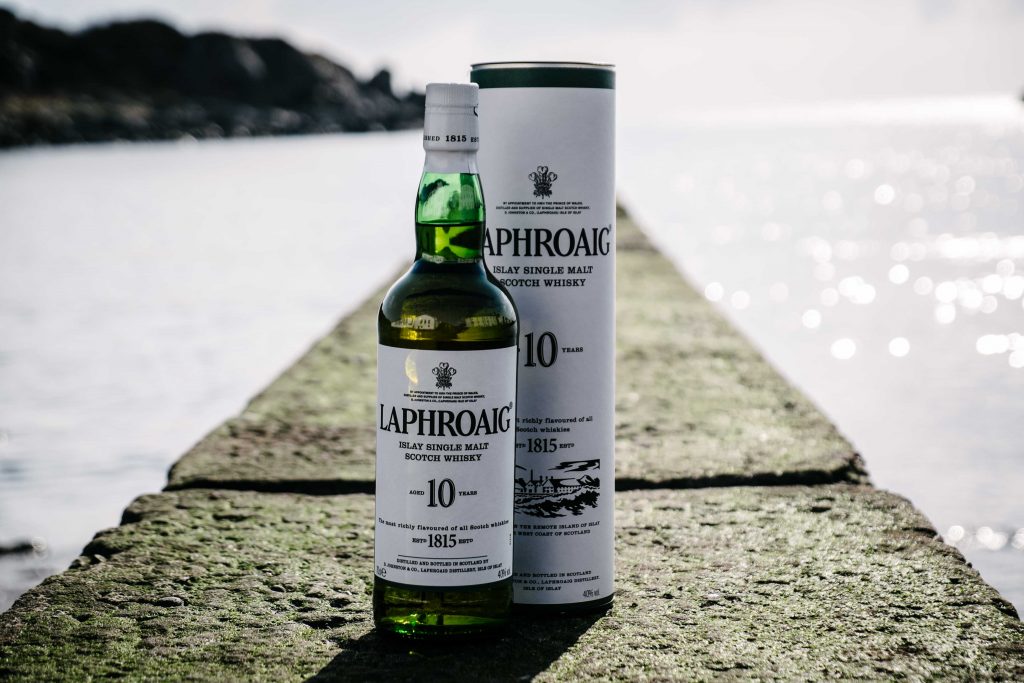 MoM: You grew up on Islay. How does it feel to be managing such an iconic Islay distillery?

JC: Yeah, I sure did! It’s pretty cool to be managing the distillery that is the island’s biggest single malt. It’s not something you take for granted. It doesn’t weigh heavy; it’s more of a privilege.

MoM: Peated whisky continues to grow in popularity. Why do you think it holds such appeal?

JC: It’s just so tasty! It just offers a depth of flavour that people really enjoy.

MoM: Tell us a little bit about your life outside whisky. What excites and inspires you?

JC: I like to travel, play golf, visit art galleries, attend live events from sport to opera, meet friends and enjoy good food and good drinks. If I can do all the above in the same day, even better.

MoM: What dram will be in your tasting glass this Christmas?

JC: There will be Laphroaig 10 for sure, as it’s my favourite Laphroaig. But there will also be a good Champagne, and a new red wine to try. And I would like to wish everybody a Merry Christmas and a Happy New Year!