The Famous Grouse is one of the world’s most popular blends and the best-selling Scotch whisky in Scotland. But how did this creation from a Perth-based grocer end up becoming a household name? We find out.

When you interview the founder of a brand you always expect to hear the same story of origin: “we had a chat one night over a drink and decided to give it a go”. So many distilleries, bottlers, and more began this way, with an idea and some Dutch courage. The 19th-century equivalent would appear to be the humble grocer, who began importing wine and spirits at some point and eventually created their own brand which soon took over the world.

The Famous Grouse is one of the most notable examples. It’s one of the world’s most popular blends and the best-selling Scotch whisky in Scotland. You’ll find it in pretty much anywhere that sells booze, from supermarkets to corner shops and even award-winning online establishments (yes I mean us) and there are very few whisky drinkers who haven’t at least tried it.

Which makes it one of those household names we take for granted. But consistent, versatile, and affordable blends that set a lot of us on a path to whisky appreciation and support the bulk of the industry didn’t just appear out of nowhere. In this new series, we’re interested in the story behind the Scotch (hence the name), so we’ve spoken to Lewis Bright, global brand manager at The Famous Grouse, and current master blender Calum Fraser to find out how this creation of a Perth-based grocer ended up becoming so, errr… famous. 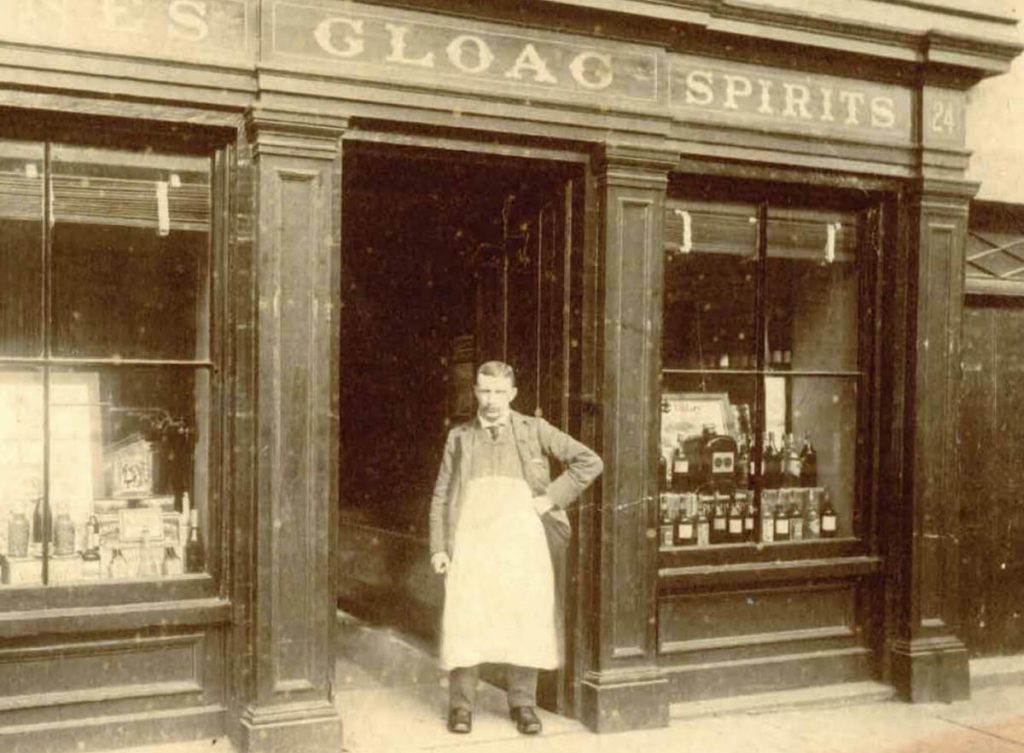 The story begins in 1807 when a grocer called John Brown moved his business to Atholl Street in Perth. His daughter, Margaret married Matthew Gloag, a name you might know as the one often given as the creator of Famous Grouse. But the tale is a little more complicated than that.

It was Margaret who took over the family business in 1824 and she was the one who acquired a license to sell wine and spirits (and snuff) in 1831. A little over a decade later Gloag took control and made use of his experience managing the cellar of the sheriff clerk (rather like a magistrate) of Perthshire for more than 30 years. Gloag did good business bringing in the wines from France, Spain, and Portugal to the streets of Perth. So good in fact that when Queen Victoria visited Perth in 1842, Gloag was invited to supply the wines for the royal banquet.

Then came the moment that changed the course of whisky forever, as around 1875 phylloxera began its destructive journey around the vineyards of France. As wine and brandy became scarce, there was a huge demand for Scotch and Irish products and this prompted the company to look at expanding its blended whisky business. William Brown Gloag, who inherited the business after his father’s death in 1860, was critical in improving its presence in this market, becoming one of the original shareholders of the North British distillery in Edinburgh in 1887 in order to secure a supply of grain whisky.

But it wasn’t this Gloag who registered the company’s first blended Scotch brand, but Matthew Gloag III, who took charge in 1896. That year Brig o’Perth was released and shortly after the Grouse Brand followed. Then, in 1905, the limited company of Matthew Gloag & Son was formed and the family came up with a new name for its whisky: The Famous Grouse. Which is much better than just Grouse, isn’t it? Now it’s famous. Can’t argue with that. Matthew’s daughter Philippa actually sketched the first-ever red grouse which became the brand’s iconic label and is fondly known at the company now as the “woman behind the wings”. 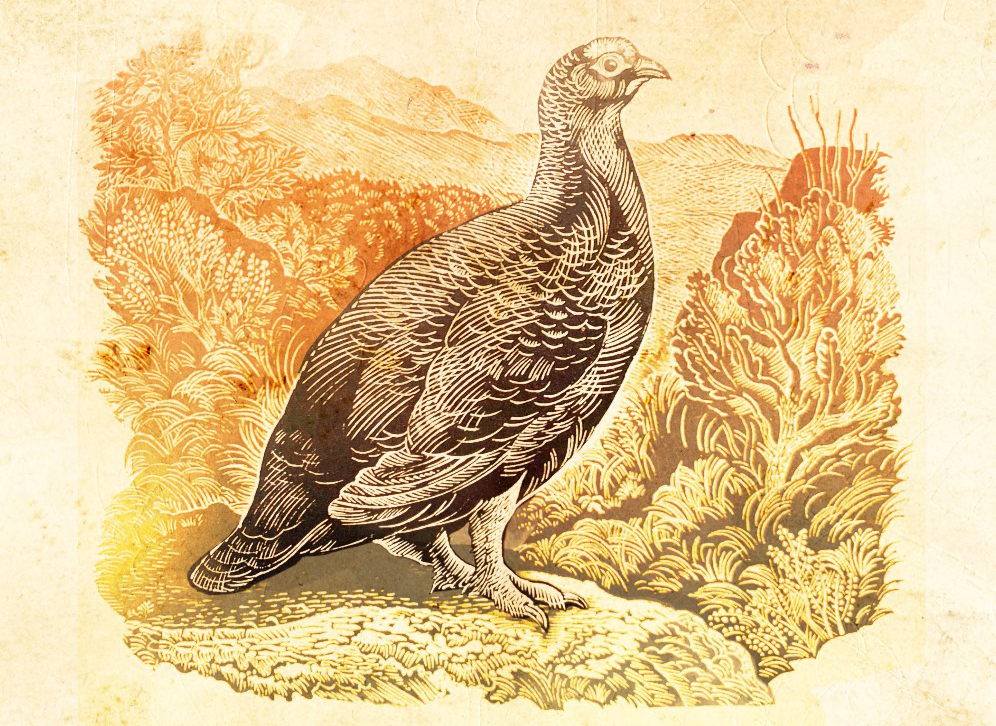 The Famous Grouse was a family-owned blend all the way up until 1970 when chairman, Matthew Frederick Gloag, died and a prohibitive estate duty forced the family to sell. Highland Distillers, which is now part of Edrington, picked it up for a bargain £1.25m, although Matthew Irving Gloag remained as a director.

This presumably wasn’t just sentiment, as the Gloag family clearly had a mind for the whisky business. Highland Distillery had purchased a company with the marketing and distributive power to export 33 million proof gallons to America in 1968. By 1980 Famous Grouse was the highest-selling Scotch in Scotland as well as being the second highest-selling in the United Kingdom and by 1984 it was awarded another Royal Warrant.

That success doesn’t show any sign of dissipating. Bright says that in December 2019, The Famous Grouse was the top-selling whisky in the UK off-trade, which demonstrates that “demand for our famous whisky remains strong 124 years after it first went to market”. So how do they do it? Well, the branding is obviously incredibly strong. The grouse is a surprisingly adept brand ambassador and many of the company’s advertisements are memorable.

Edrington also didn’t sit still with what it inherited, creating new products like the peated Black Grouse in 2006, the grain whisky Snow Grouse in 2008, and a premium offering called the Naked Grouse in 2010, which has just been rebranded to the Naked Malt. It also ramped up the marketing, founding The Famous Grouse Experience at the Glenturret distillery and striking up numerous partnerships, particularly in rugby, where the company has deals in place with Premiership Rugby, The British & Irish Lions, SA Rugby, and Glasgow Warriors. 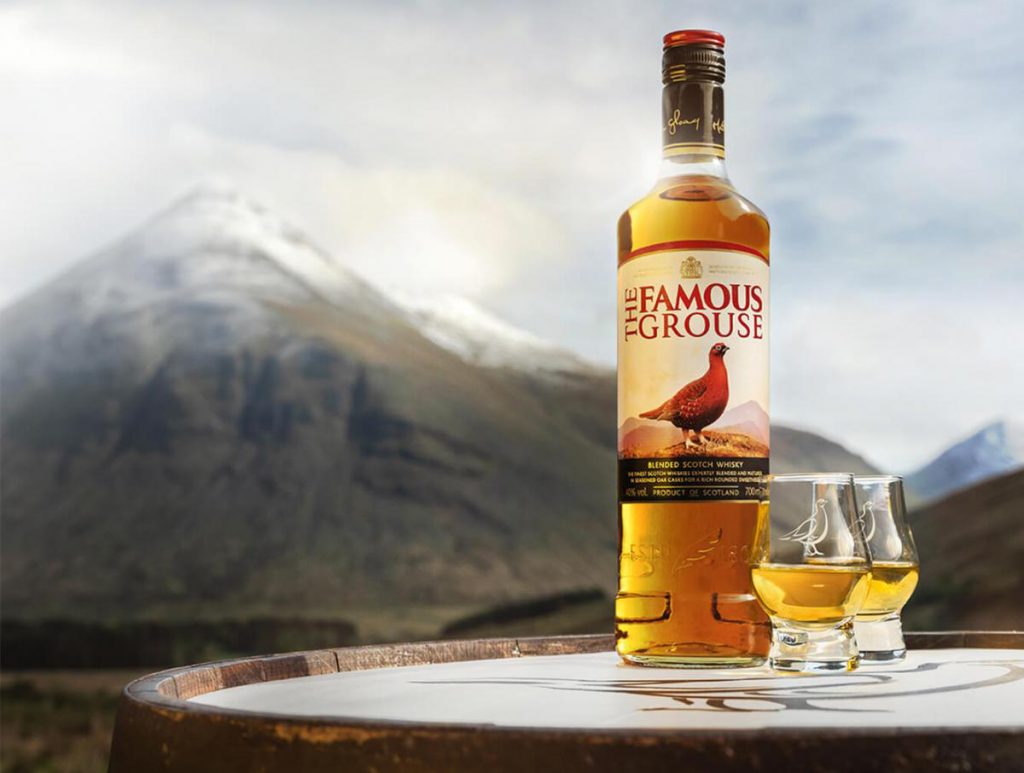 Over 125 years the brand has maintained its success thanks to this reliable, tasty blend

Most importantly, however, is the brand’s ability to maintain a consistent and enjoyable blend. Notable blenders like Gordon Motion, Kirsteen Campbell, and now Fraser have overseen a process that leads to in excess of 40 million bottles being filled per year. The latter says the secret to success is an extremely meticulous approach. Quality control demands reviewing whisky samples at all points of the supply chain.

This includes the nosing of each batch of new make distillate from the several malt and grain distilleries filled for future blends, the nosing of each cask profile (ex-bourbon barrels or sherry-seasoned hogsheads, for example) prior to filling, and the assessment of mature whisky from each and every cask selected for a batch of The Famous Grouse, totaling over 80,000 checks per year. “We leave no stone unturned to ensure the perfect dram,” Fraser says.

Given that The Famous Grouse is over 125 years old, naturally, some of the malt and grain distilleries that would have been used in the first recipe created by Matthew Gloag are no longer in production. There have also been huge changes in the type of casks available for blending. 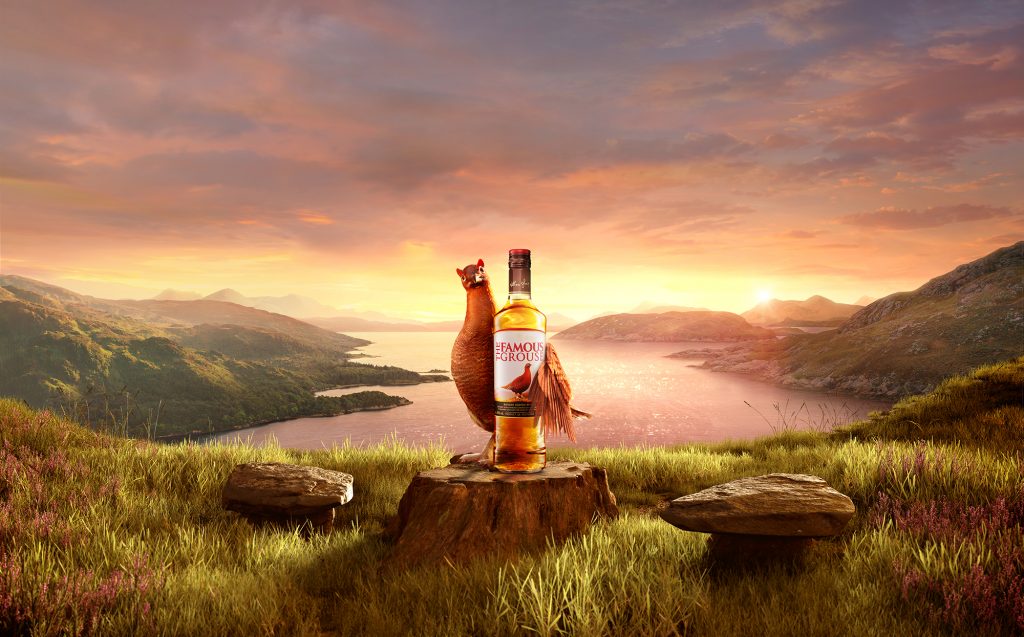 Today, the Famous Grouse is made up of whiskies from the Lowlands, Highlands, Speyside, and Island regions of Scotland, which are all individually matured in oak casks for several years prior to blending. The malt and grain distilleries aren’t officially revealed by the brand, but it’s believed that The Macallan and Highland Park are used (both Edrington brands, so it seems likely) with around 65% of the spirit content thought to be made up of grain whisky. For maturation, American and European oak is shaped into casks and sherry-seasoned in Spain prior to being sent to Scotland for filling.

Fraser says the whisky’s “signature smoothness” comes from the aged grain whiskies, which are “delicate and sweet in character, acting as the perfect complement to the numerous characters of the malt whiskies within the blend”. The role the malt whisky element plays is to create body and weight. The malt whiskies, prior to blending with the grain whiskies, are brought together and reduced to a marrying strength of 45.5% ABV before being left to evolve for at least 21 days. Fraser says this allows “further integration, refinement and increases the smoothness of the whiskies ahead of creating The Famous Grouse blend”.

It’s a profile that has made The Famous Grouse a staple of back bars and drinks cabinets. It’s not the most complex spirit and can be a touch raw for strict single malt drinkers, but check our user reviews on the product’s page and you’ll see the same kind of words popping up time and time again. ‘Underrated’. ‘Reliable’. ‘Grouse’. Jokes aside, The Famous Grouse is the kind of product that often serves as people’s introduction to whisky, and it’s a worthy first dram. We all start somewhere and this balanced, tasty, malty blend with plenty of mellow sweetness and a refined mouthfeel makes for a pleasant sipper. Where it really shines for me, however, is in cocktails, specifically Highballs. According to Bright, the best way to enjoy The Famous Grouse whisky is the simple but effective Grouse & Ginger, the recipe for which is below.

How to make Grouse & Ginger

Fill the glass with ice, then pour in The Famous Grouse followed by the ginger ale. Garnish with a lime wedge and enjoy!

Welcome to The Master of Malt Islay Festival 2021 celebration!