Annie Hayes
No Comments on Five minutes with… Kirsteen Campbell, master whisky maker at The Macallan

Overseeing the production of the industry’s most sought-after Scotch whisky may be a gargantuan undertaking, but with 18 years’ experience under her belt, The Macallan’s master whisky maker Kirsteen Campbell is more than up to the task. Here, we chat about the evolution of the newly-strengthened whisky mastery team…

Hailing from Thurso in the windswept Highlands, Campbell’s career started in 2001 with a degree in food science and a job in a new make spirits laboratory. Fast forward almost two decades, and she’s only gone and made history as the first female Macallan master whisky maker in the brand’s 200-year history*. Surely a contender for the world’s best job.

Here, we caught up with Campbell to chat through her new role – and find out a little more about how she enjoys one of the world’s best-loved Scotch whiskies… 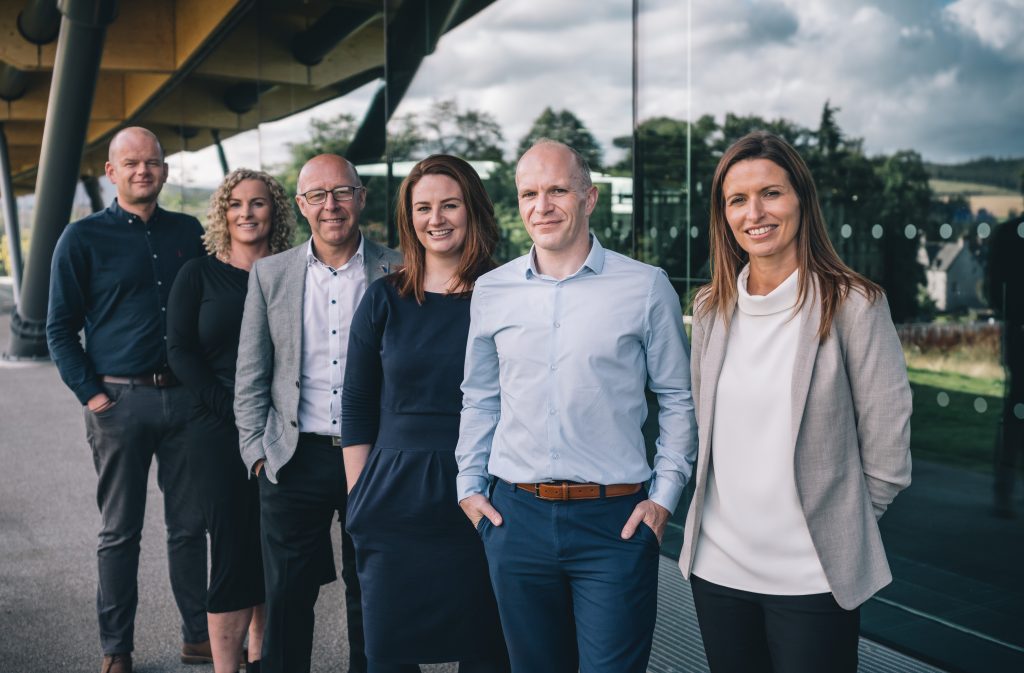 Not a cutting electronic group from Zurich, it’s The Macallan whisky mastery team

MoM: Huge congratulations on the new role, Kirsteen! Could you tell us a little bit about when and where your love of Scotch whisky first began?

Campbell: My career began with a scientific background, I studied food science at Glasgow Caledonian University and, following a bit of travel, started working within a lab at a distillery –  that’s when I first began to appreciate all the complexities in Scotch whisky. I started to do a bit of sensory work as well which fascinated me, so it was really from that point onwards that my love began. From there on I moved into research at the Scotch Whisky Research Institute in Edinburgh, delving more into the science behind flavour and gravitating more and more towards the sensory side of things. Then a role came up at Edrington – it was titled whisky quality technologist which essentially was a trainee blender, so I applied for that. I was successful and joined Edrington in 2007, and that’s where my role really became about blending and flavour. I’ve just had my 12 year anniversary with Edrington. I can’t quite believe it, it’s gone by in a blink.

The Macallan is one of the most revered whisky brands in the world. From a flavour perspective, what do you think makes the whisky so beloved among fans?

It’s definitely about our exceptional oak casks. We’ve a very rigorous cask policy and even have our own master of wood, Stuart McPherson. It’s just such an important factor of Macallan – so much of the flavour of Scotch whisky comes from oak casks, so we pay huge attention to that and place huge emphasis on it. But of course we look at quality throughout every stage of the process from the new make spirit to the casks we’re bringing in. Throughout the maturation period we’re checking on the whisky to make sure it’s developing in the way that we want it to. In the sample room we check the quality of every single cask that goes into every single batch of Macallan, so we’re moving thousands of samples. Attention to detail is really important in terms of the final quality of the whiskies and our sherry casks which deliver that rich, distinguishing flavour of the entire Macallan portfolio. 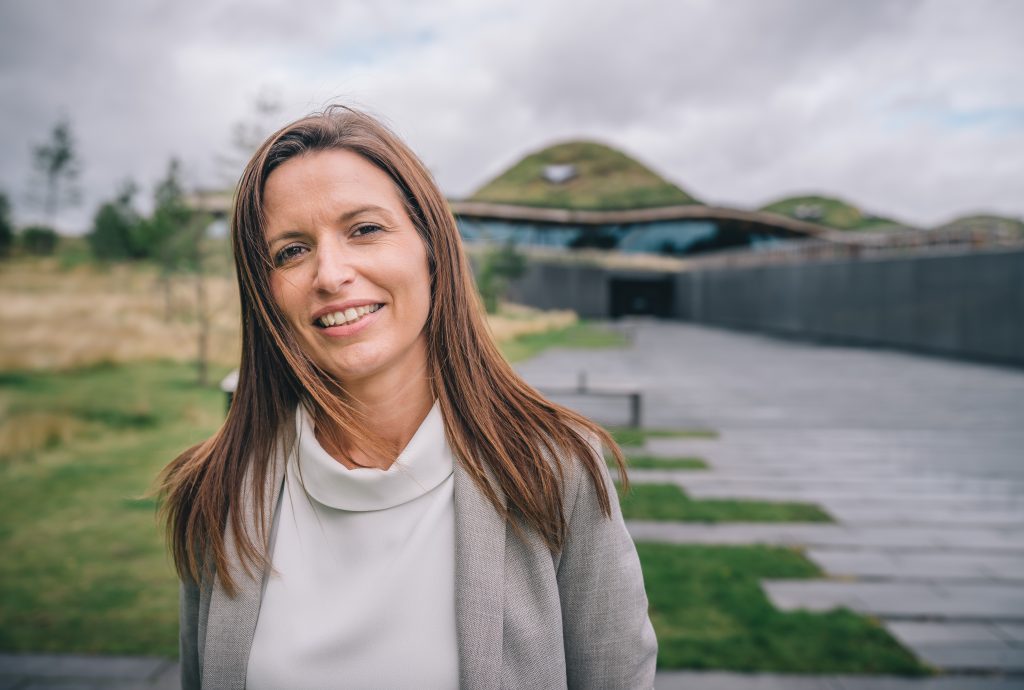 Could you talk a little bit about the various roles within the Whisky Mastery Team and how each relates to the liquid in the bottle?

It’s very much a team approach, we’re very collaborative with each other. I’m based in Glasgow so I spend my time between our headquarters, our bottling plant and The Macallan estate. Up there we have a team of four – Sarah Burgess is the lead whisky maker, there’s also Polly Logan, Steven Bremner and Russell Greig. Between us we look specifically at the quality of the liquid while Stuart McPherson looks after the quality of our casks. We’ve got over 100 years in the industry between us – Stuart’s working in the industry for 40 years, Sarah’s 28, I’m 18, Paulie’s 15 so between us we have a breadth of experience. We work very much as a team and bring our individual experiences together to make Macallan the best it possibly can be.

The art and science of whisky making is a huge focus for The Macallan. Which aspect of the whisky-making process do you personally find the most compelling – the arty, creative side or the really technical lab-based stuff?

It’s a very interesting one for me because I am quite split on it. There’s definitely a technical, logical side to the role, you’re working with numbers a lot and liaise closely with the team in Glasgow who are more scientific, so I get involved in some of their research. Then the other side, which I do also equally enjoy, is the arty side of things, and that really comes into play for new product development (NPD) in particular. It’s really fun to get involved in creating something completely new. Some people [in the whisky mastery team] are more creative while others are more technical and that overall balance works really well. 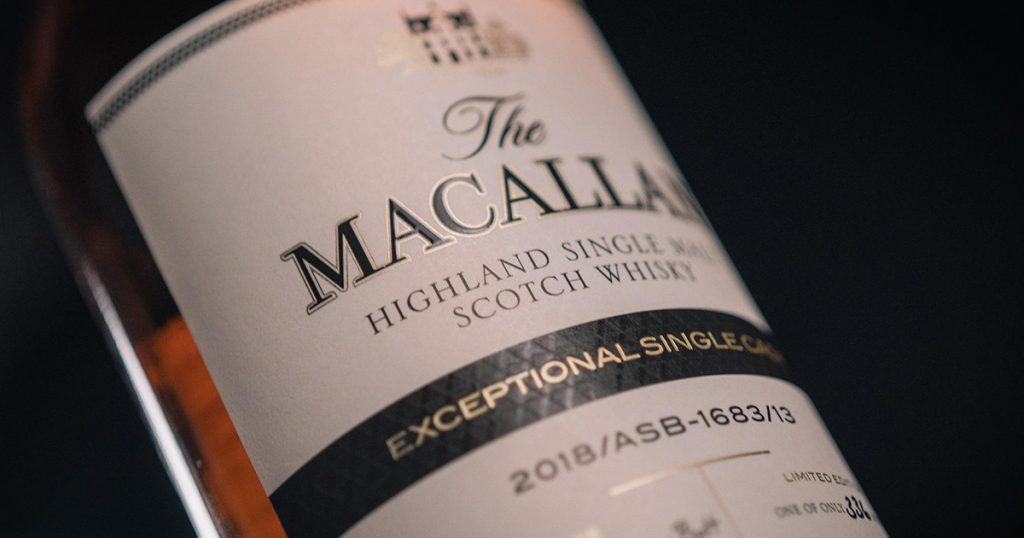 Could you talk about the research and development process at the distillery – for example, does your team work closely with other departments, or as a team are you quite independent in creating new bottlings?

All aspects of our roles require collaboration and NPD is one of those. We work very closely with the marketing and packaging teams on that, it’s not something that you can do in isolation and when a new product comes out there’s a huge range of people who have been involved in that process. Everything has to come together to make a successful product – from our perspective it’s the liquid, but you also need the background story and a great pack. We’re meeting with people throughout the company on a regular basis.

When you’re winding down at home, what’s your go-to Macallan expression?

That’s a tough choice because we have a wonderful portfolio of whiskies. For me, I do enjoy Double Cask, I have to say. I love that balance of the American oak sherry – the lovely sweet, vanilla, citrus notes – balanced perfectly with rich dried fruits and spicy character from the European oak casks. It’s a beautiful marriage of the two different cask types that we use.

*Well, almost – the brand celebrates its bicentenary in 2024.