Whilst it’s never too hot for whisky (by Jingo I could go for a Great King Street Highball right about now), the palate does tend to crave something a bit more refreshing and crisp on occasion. If the last few days’ sales of our new Bathtub Gin are anything to go by, it’s Gin that the nation turns to when things start to hot up.

If I’m honest, I thought I’d stowed the trusty flip-flops away for good, but they’ve made a re-appearance. Here they are next to the Christmas bitters: 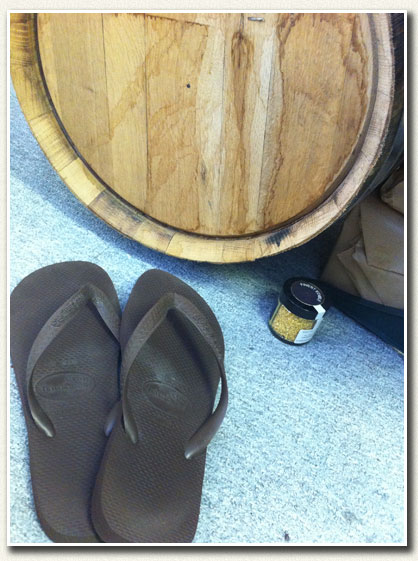 The combination of musings about gin, and the reappearance of the flip-flops took me back to the holiday Mrs. E and I took earlier this year in Barcelona, so I thought I’d take the opportunity to review an absolutely superb bar that we encountered entirely by chance whilst we were out there.

Whilst wandering down an unlikely looking street, I happened to see a familiar word on the wall. ‘Speakeasy’ it said. After performing what I can only describe as an emergency stop in the middle of a crowded pavement (and quickly making our peace with the fact that it wasn’t really the right time in the day to go and do what we were about to do), we investigated further, and found what I can only describe as one of the gems of the entire city. 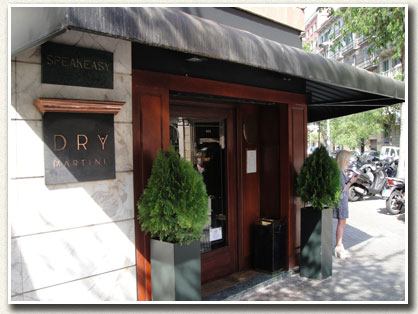 On entering Dry Martini, you’re treated to the kind of display that wouldn’t be out of place in a museum of the history of Cocktails – ancient bottles of Punt e Mes, Martini, Campari, Picon, not to mention dozens of Sherries, Madeiras, and Whiskies. 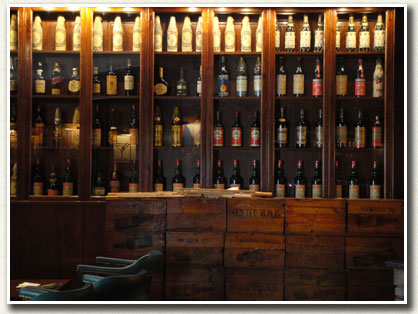 The real stars of the show, though, are the antique bottles of Gin behind the bar. From older versions of modern-day brands, to gins that have long-since faded from Memory. 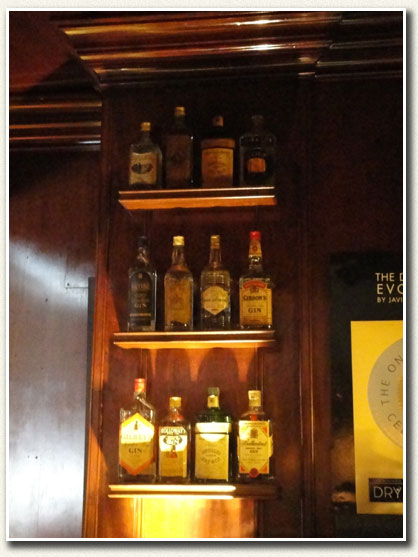 Upon closer inspection, the display also had a pre-bottled version of the Martini Cocktail made by none other than Gordons themselves. Very, very gratifying considering that the launch of our own bottled martini had been only a couple of months previous to our visit. 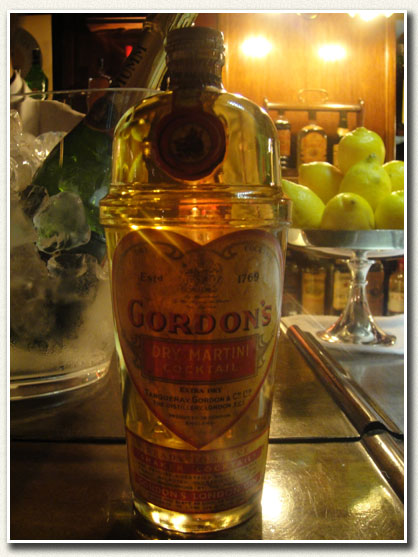 There’s no back bar to speak of in Dry Martini – instead, the entirety of the visible space is given over to the treasure-trove of old and exciting bottles, including the main event – the three ingredients originally used in the preparation of their trademark cocktail – the Dry Martini: 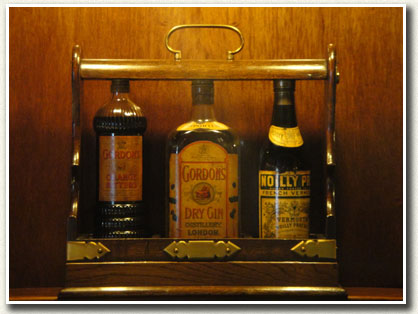 Whilst the orange bitters have now been dropped, and the gin being poured was Bombay Sapphire rather than Gordons (possibly the function of brand sponsorship rather than a conscious decision to switch to the better gin?), the ethos definitely remains the same – the bar is here as a homage to the Martini Cocktail, and with this firmly in mind – we set about a couple of them. 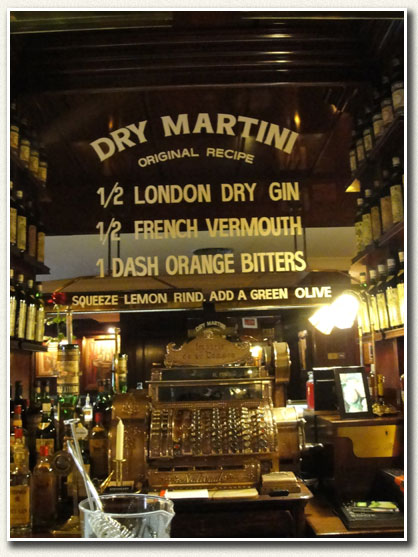 Recipe has changed somewhat since these days

So – time for the main event – we placed our order for 2 Dry Martinis, and with effortless ease, the barman set about constructing two of the best that either of us have ever sampled, in exactly the way that one would imagine – nothing different from the recipe any self-respecting bar would serve up in London – Splash of Noilly Prat, poured off the ice, a healthy measure of Gin added, stirred for a minute or so, then poured off into a frozen glass and garnished with an olive. 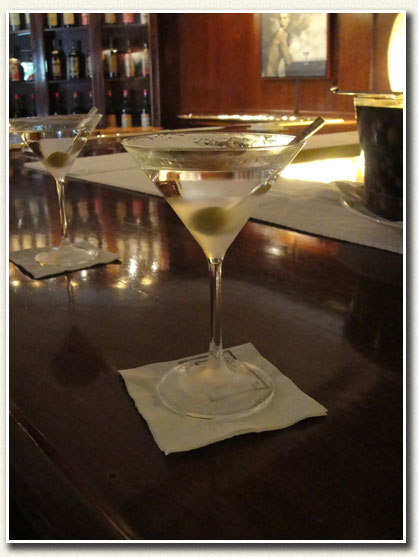 The bit that one wouldn’t perhaps expect in ‘any London bar’ is the absolutely bloody massive counter on the wall displaying the number of signature cocktails that the bar has sold. And yes, you’re reading that correctly – over 1 million of the blighters. Yikes. 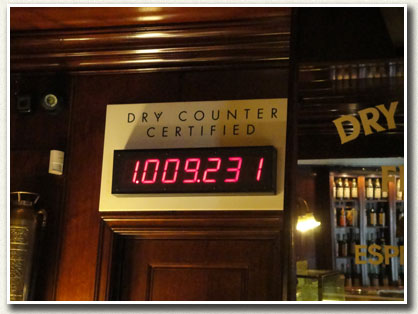 I like to think we helped in our own small way

After the simple elegance of the Martinis, it was time to see what else was on offer here. After a quick chat to the (incredibly knowledgable) Barman, Diego – it was quickly ascertained that the house speciality (except for the Dry Martini of course) was the Frappé Martini. Having been presented with a list that looked like it had been created in the early 1980s (shortly after product photographers had discovered the colour was in fact, a thing) I chose a ‘Ximz’ Martini (Vodka and Pedro Ximenez). 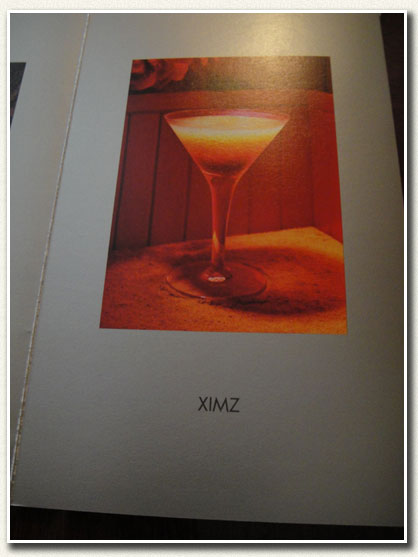 The way these pretty epic drinks are put together involves nothing more complex than a big stock of glasses and a massive, very cold freezer, but it has to be said that the theatre surrounding both the presentation, and the consumption is pretty awesome.

The drink forms ultra-thin ice crystals about 1” across, making you really take your time as it slowly melts and dilutes over the course of half an hour or so. A side-function of this is that on first sip, it’s epically strong. Hard to put a figure on it, especially given the temperature, but I’d have said it was tipping 50-55% abv. 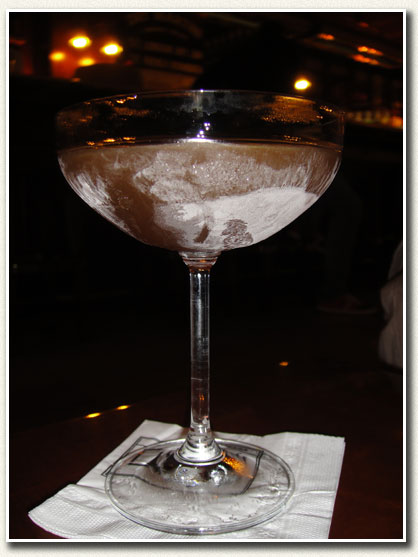 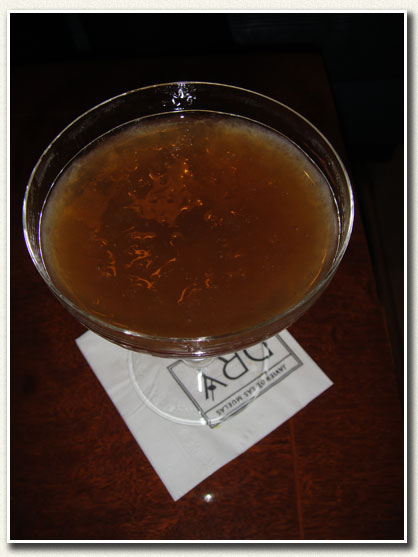 After another couple of these, we tucked into the obligatory tapas, and would have to say that it was definitely among the best that we’d tried all holiday. Classic tapas dishes were on offer, but to be honest, who’s going to have Patatas Bravas when Deep-Fried Sea-Urchin, and Wagyu Beef are on the menu? Tapas aren’t cheap in Barcelona, but across all the places we’d been, this was far from the most expensive. Expect to pay maybe £25 a head to have a seriously filling (and fulfilling) meal to go with your top-class cocktails.

There were a decent whack of whiskies available here, too – and portion control is typically ‘continental’ – we saw one chap come in and have a Johnnie Walker Black Label which must have been the better part of 100ml, for about €6.

So – when you’re next in Barcelona, make absolutely sure to visit Dry Martini – tell them Master of Malt sent you. In fact – just book some flights and go for a night. It’s only about £100 return if you book far enough in advance. 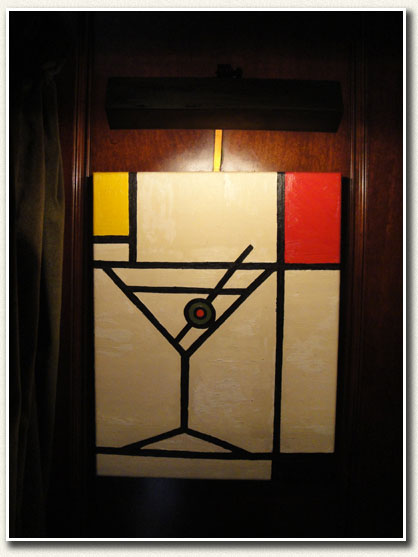