Cocktails in cans are not to be sniffed at

From canned G&Ts to bottled Negronis, It’s never been easier to buy a portable bar-quality drink on the hop. We explore how pre-mixed cocktails turned premium – and share a selection of our favourite ready-to-go tipples…

Whether they’re released by established distilleries, bottled by entrepreneurial bartenders, or engineered by savvy start-ups, today’s ready-to-drink (RTD) serves tend to favour high quality, often ‘natural’ ingredients, all wrapped up in slick, Instagrammable packaging. All being said, we’ve come a long way since the likes of WKD Blue and Smirnoff Ice reigned supreme.

Historically, the pre-mixed arena has been “dominated by big spirit brands, for whom it made sense to produce cheap ‘spirit and mixer’-type RTD’s to ensure their product could be consumed more easily on the go,” explains Harry Farnham, co-founder of Bloody Drinks. This meant convenience was important, but quality less so, he says, which created a race to the bottom in terms of price.

“This is now changing, and for lots of reasons,” Farnham continues. “One of the most obvious is the knock-on effect of the explosion of ultra-premium craft beer in cans. With their craft credentials, complex taste and striking designs, they’ve proved that discerning consumers will spend a lot of money on a canned drink.”

Ready to drink Negroni Sbagliato? Don’t mind if do

While today’s RTDs may be a far cry from the sickly-sweet, E number-addled alcopops of the 2000s, there’s an element of nostalgia behind our penchant for portable tipples, says Steph DiCamillo, global advocacy manager at Atom Brands. “The age bracket of people who are driving the growth grew up with RTDs seen as a teenager’s drink – overly sweet and immature,” she says. “The new RTDs are quite different in terms of complexity, aesthetic and sugar content. Yet, they give just enough nostalgia to the drinkers to get them intrigued in the first place.”

Thankfully, the artificial colours and fake flavours once associated with RTD’s – particularly those of the bottled variety – have been left in the past, driven by demand for craft cocktails beyond the traditional bar setting. We may not be drinking them in a bar, but we want the same experience, says Deano Moncrieffe, co-owner of east London bar Hacha. “Consumers want a cocktail that is familiar in name but uniquely hand-crafted with a point of difference, much like our bottled Mirror Margarita,” he explains. It’s crystal clear, he explains, but tastes like a classic Margarita – “with all the flavours you would normally associate with that cocktail”.

The RTD market also presents an opportunity for distillers to present their signature serve as they envisage it. With canned serves increasingly dominating shelf space in the RTD sphere, distilleries across the country are going all-out to capture the essence of their signature serve and double down on the latest drinks trends. As such, nailing the flavour profile has wider implications.

It’s a Margarita but colourless, how is that possible?

“We have the ability to include more natural ingredients and interesting flavours,” says Victoria Miller, on-trade and prestige sales manager at Scotland’s Eden Mill, which is currently developing and expanding its RTD range – the latest addition being non-alcoholic Eden Nil. “The correct, or ‘perfect’ serve is important, particularly in a new category such as this,” Miller adds.

Pre-mixed can also be hive for experimentation, with a shift towards more innovative flavours and profiles, says James Law, co-owner of Longflint Drinks Company. But it has its limits. “The G&T rules the roost for good reason; unlike many cocktails it’s a straight spirits and mixer offering and that makes it perfect for the format,” he continues. “It’s really hard to capture the magic of an Espresso Martini or Mojito in a can.”

So, what do we want from our pre-mixed cocktails? First of all, complexity, says DiCamillo. “It isn’t enough to have just a peach flavoured RTD – it’s white peach with a hint of basil. There is demand for a name recognised spirit, but it seems to be the flavour cues on the label people are initially intrigued by.” We’re also keen on lower sugar, drier-style drinks more akin to a beer. “People want to be able to sip all afternoon, not have just one,” she continues. “This also speaks to the ABV, with a trend towards slightly lower 4-5%, so they can be sessionable.”

Design-wise, many labels are “bright, loud, and graphic”, inspired by the craft beer market, says DiCamillo, though she forecasts “increasingly sleek minimalist styles emerging in the next few years”. Finally, there’s the price. “The RTD has to be competitive with craft beer. Once you creep into the price of a cocktail in a bar, it is hard to justify the value,” she says. “One exception to this would be the use of high-end ingredients like truffle and extra aged spirits.”

The biggest challenge for any canned drinks brand, says Farnham, is demonstrating that canned does not equal compromise – and “with a product as complex as a Bloody Mary, that’s all the more important. The dream for people is to crack open a can, pour over ice and for it to match what you would be served in a bar,” he says. “In reality, it’s only by canning our blend of premium ingredients that this becomes possible, while keeping it fresh enough to be enjoyed instantly, anytime you want it,” he says.

The convenience factor associated with the burgeoning RTD category – “meeting the demand for people wanting faster ‘speed of serve’ when it comes to drinking” says Joe Sanders, UK director at bottled cocktail company ELY – has echoed across the industry. “Kegged cocktails are becoming really popular with bars wanting to serve the likes of Espresso Martinis as fast as possible without compromising on quality,” he says. “We have developed our own Nitro system which delivers a quality consistency – foamed top of the cocktail – every time.”

Looking ahead, Law predicts the next RTD trend will be “all about sugar – or lack of it,” he says. “The hard seltzer category has exploded in the US, but will it work this side of the pond? I think it will, but with a slightly different approach – I’m not sure you can just shoehorn in the language, design and flavour styles and expect it to work off the bat. It’s an unusual category but one that’s looking more and more important.”

And DiCamillo agrees. “I think healthy-no and low beverages will tie into the RTD cocktails,” she says. “Terms like low-sugar, low ABV, and natural flavourings will pop up – they’re already being littered across cocktail bars. I expect ‘CBD-infused’, ‘vitamin-enriched’, and similar ideas will start to be incorporated into RTDs in the near future. “

Below, we’ve picked out four pre-mixed drinks for your perusing pleasure. For more options, check out the entire selection here. 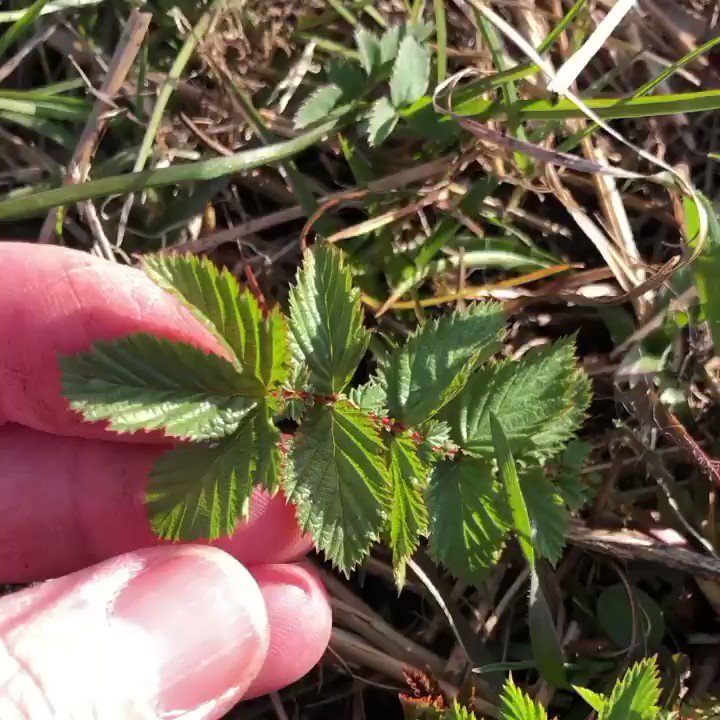 Master of Malt @MasterOfMalt
3 hours ago
As if Rumbullion! wasn't warming enough, the clever folks behind it went and crafted this Chilli & Chocolate expression! If you look up cockle-warming in the dictionary, there really should be a picture of this... #Rum 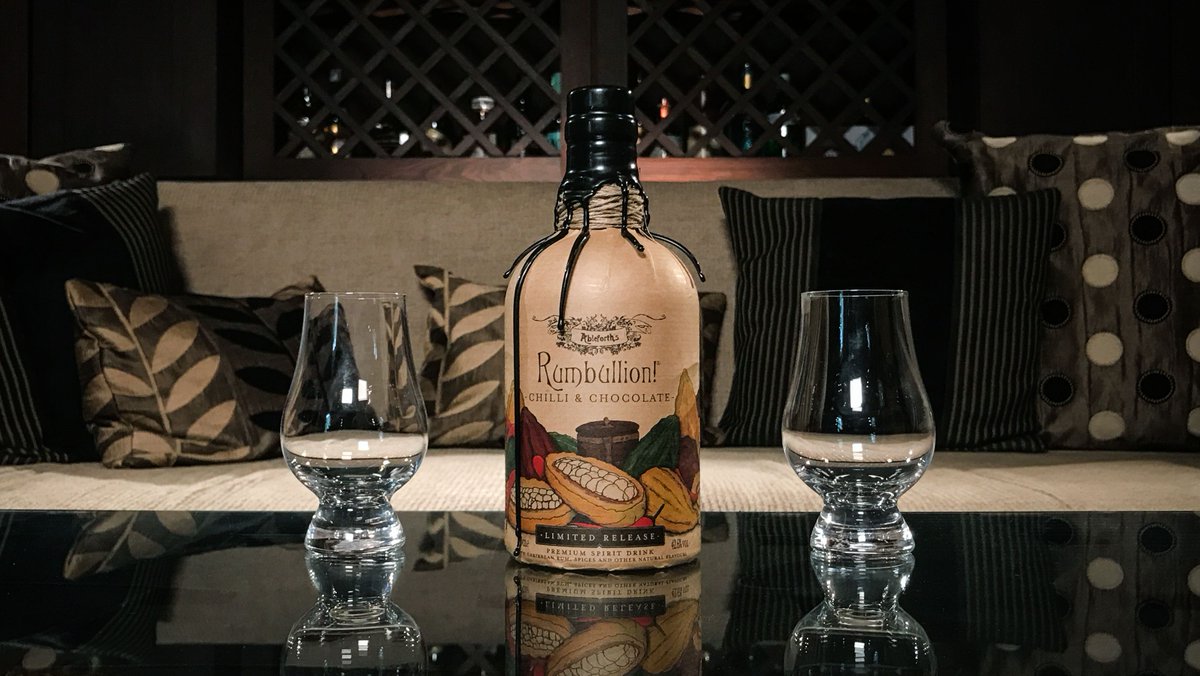