What’s the buzz about CBD cocktails?

Annie Hayes
4 Comments on What’s the buzz about CBD cocktails?

At the moment you’re more likely to find CBD oil in your morning latte than a late-night tipple, but make no mistake, cannabidiol-laced cocktails are coming to a bar menu near you. Here’s everything you need to know about the emerging trend…

The marijuana plant has enjoyed something of a rebrand over the last decade, as both scientists and medical professionals begin to deconstruct and attest to its various benefits. And while debate over cannabis decriminalisation rages on, the CBD market is rapidly becoming one of the fastest growing industries in the UK.

CBD is a type of cannabinoid, which are chemicals naturally found in marijuana plants. It doesn’t make you feel “high” – that’s caused by another cannabinoid known as THC – instead, early scientific research suggests the oil may offer a range of benefits, such as reducing pain and inflammation, easing anxiety and boosting heart health.

You might wonder what any of that has to do with drinks, but the burgeoning trend reflects a change in the industry’s attitude to cocktail hour over the last few years. Now more than ever, bartenders are prioritising responsible drinking, sustainability and quality over quantity, explains Joe Brayford, brand ambassador at City of London Distillery.

“CBD fits in perfectly with the idea of responsible drinking and is certainly one of many fresh tools in any bartender’s arsenal,” he says. Flavour-wise, it’s “earthy and a little vegetal, definite cannabis notes along with damp grass; think walking through a field on a damp morning. This can vary slightly depending on the oil base of the extract – water-soluble versions are also available, but they seem to have a milder flavour and thinner texture.”

Plant-based eatery Farmacy was the first venue to serve London a CBD-laced cocktail back in 2016. Called There’s Something About Mary, the drink combines vanilla vodka, CBD oil, homemade hemp and bay leaf syrup, mango puree and a dash of chilli sauce. “It’s a powerful antioxidant with many healing qualities, such as anti-inflammatory,” says founder Camilla Fayed. “It’s also said to boost brain function, and acts as a great mood-enhancer.” 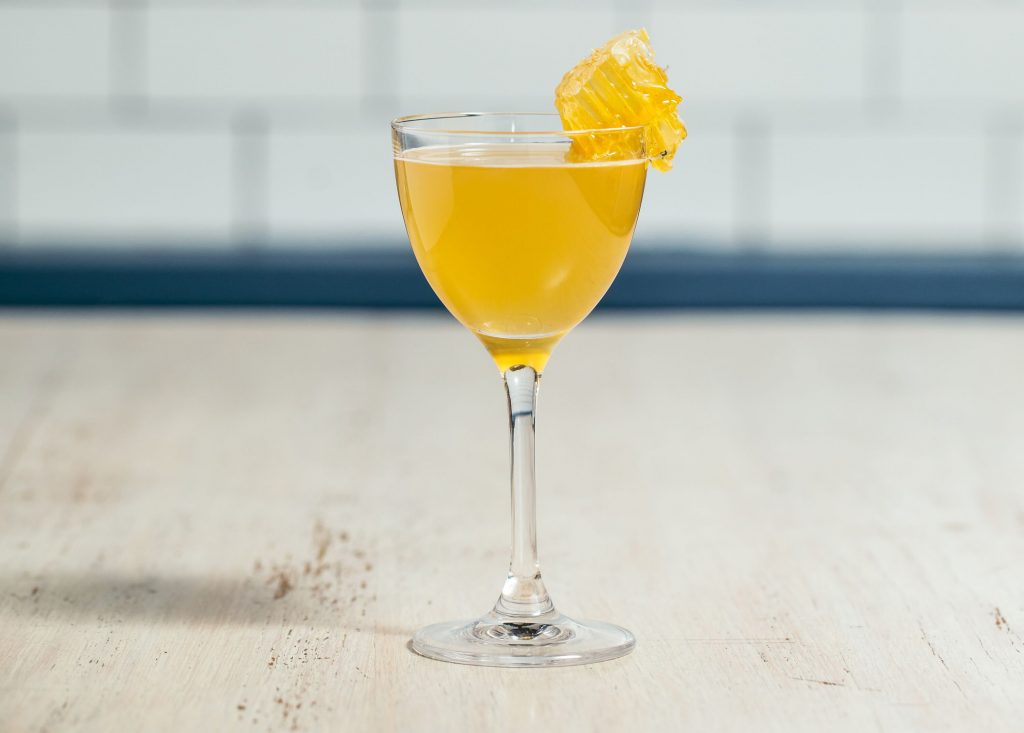 Beyond its purported health benefits, the ingredient is a useful flavour and texture-enhancing tool. Brayford has mostly been experimenting with low-ABV serves – “the more alcohol in the drink, the less pronounced it seems to become,” he explains – with a particular focus on vermouth and sherry.

“Certain Amaro pair beautifully with it,” he attests, “as do fermented drinks – the funky vinegar-like qualities of kefir, tepache or kombucha work nicely with the vegetal notes. I’ve been trying to develop drinks with a strong focus on texture and mouthfeel – oil-washed spirits go great with it for a super silky drink.”

So, say you want to whip up a CBD-laced cocktail at home. What style of drink should you go for? Flavour-wise, Brayford recommends spirits “that lean toward an earthy or vegetal profile. Mezcals or Agricole rhums work great, but equally a crisp clean vodka or classic dry gin can create an interesting balance if done well,” he says.

Or you could channel your inner barista and go for a CBD-laced coffee cocktail. “Its effects in coffee-based drinks are pretty interesting,” Brayford continues; the industry is already adding it to lattes. “Blending CBD oil with coffee not only helps to mellow the adverse effects of caffeine but also provides a silky texture and mouthfeel.” 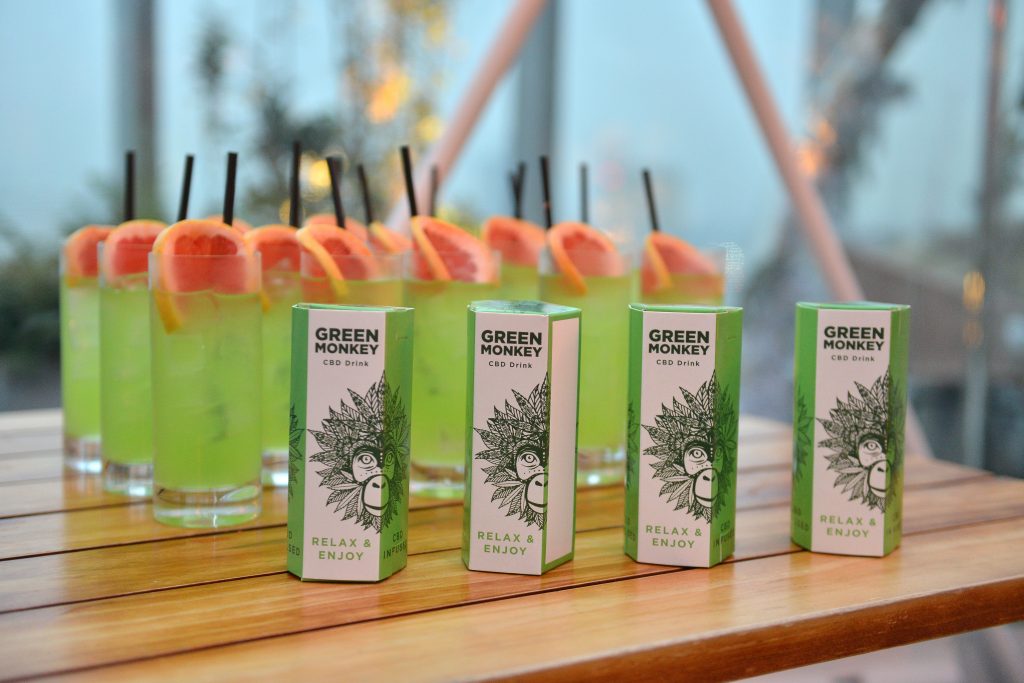 Coffee houses aren’t the only businesses to capitalise on the trend. UK-based brewery Green Times Brewing specialises in craft beers infused with Cannabis Sativa oil extract, while Green Monkey CBD is catering to soft drinks with the UK’s first CBD-infused carbonated drink. As far as the production element of the drinks industry is concerned, where’s the market headed?

“The sky’s the limit really,” says Serge Davies, Green Monkey’s CEO. “We already know that some big beer brewers are experimenting with CBD in their drinks, and other competitors are definitely popping up. There will definitely be a range of flavours and styles – perhaps even strengths – as the industry develops.”

And in our favourite bars? “Like any trend, people will catch on and want to put it in anything,” Brayford predicts. “I’m sure there will be a period of every menu having CBD thrown in somewhere for the novelty value. But I hope to see it go the way of other trends that lean toward more responsible drinking.”

He points to the launch of non-alcoholic botanical drink Three Spirit late last year, followed by low-ABV spirit Willow at the end of January. “People are excited about the idea of drinking quality drinks and experiencing some pleasurable effects but without crazy-high ABVs and a rough head the next day,” he adds. To that we say, cheers! Here’s one to try at home: