Cocktail of the Week: The Rum Bonfire

Henry Jeffreys
No Comments on Cocktail of the Week: The Rum Bonfire

This week we’re shaking up a special seasonal cocktail using Burning Barn, a smoked rum inspired by a tale of triumph of adversity. It’s just the thing to sip round a blazing fire as the winter nights draw in.

You know the phrase ‘when life gives you lemons, make lemonade’? I’ve never quite understood why it’s a metaphor for turning a bad thing around, surely lemons are a good thing, no? Especially if someone is giving them away. The story behind this week’s cocktail makes more sense: when your father-in-law’s barn burns down, start a rum business.

This is just what happened to a barn belonging to Katherine Jenner’s husband’s father. His barn, the home of the family fruit  business, burnt down in 2015 and rather than just take the hint and retire, he rebuilt everything from scratch. As Jenner puts it: “If he can rebuild a business in his 60s we can start a business in our late 20s.” Her background is in wine, with a stint working with Lidl on its Wine Cellar range. Jenner saw how craft beer and gin had taken off but was disappointed by the range of rums especially flavoured ones available. So she thought she could do better herself. This was the germ of the idea for Burning Barn. 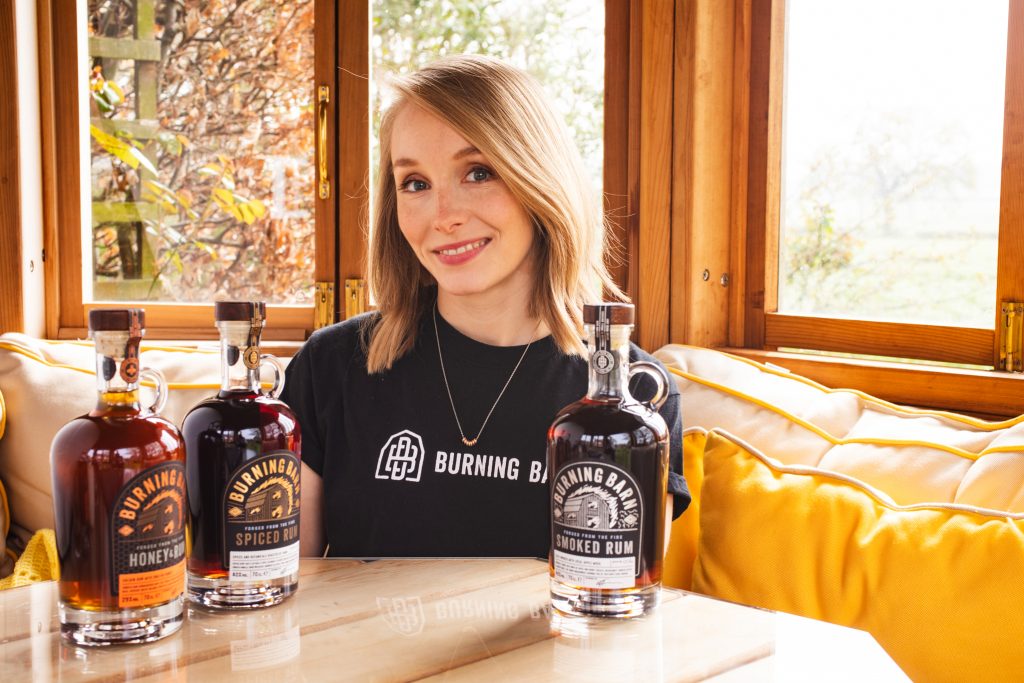 It’s something of a message for our times. Jenner said: “We hope to inspire people with a message of hope in the face of adversity. Everyone has their own burning barn or pandemic to deal with. Take action, go outside, follow your dreams, and not let that get you down.”

Everything begins with a high quality rum from the Diamond Distillery in Guyana aged three years in ex-bourbon casks. “We quickly decided we wanted to use dark rum that had been aged which would have been very expensive to do in the UK,” she said. There is a plan at some point to start distilling themselves but, because of you-know-what, plans are on hold at the moment. “We’d love to make a white rum. That would be pretty cool for the on-trade,” Jenner told us, “bartenders are really engaged with rum. We’ll have to see what works and what doesn’t.”

The Burning Barn range consists of three bottlings: a rum liqueur infused with honey from the family’s own hives; a spiced rum infused with coconut, ginger and chilli with no additives or artificial flavours; and finally a smoked one. The last one is made very very carefully. “We don’t want another burning barn”, Jenner joked. “We have a smoker, separate from rum itself so by the time smoke reaches the rum, it’s cool.” The rum sits in an old apple juice tank with an oak lid, and the smoke comes from burning applewood. Nothing else is added, no need when you have such high quality rum, so you get a very clean smoky taste where you can really taste the apple. “We don’t alter sweetness at all from when it comes, we don’t add any sugar or anything,” Jenner said. 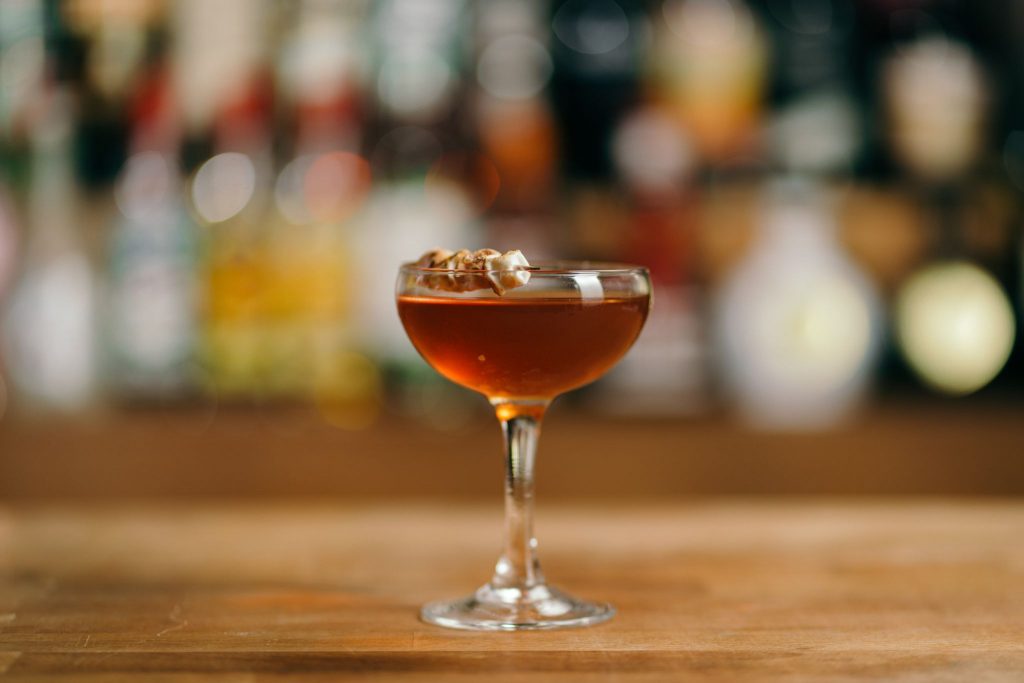 The smoked rum is subtle, with sweet apple smoked notes, which compliment the high quality Guyana base. In short, it’s great in really simple cocktails so those flavours don’t get lost. The one we’re making this week is called the Rum Bonfire and it blends smoked rum with Burning Barns’ spiced expression with bitters and a little golden syrup (though you could use simple sugar or honey.) It’s served on crushed ice which is great fun but it also works well served with ice cubes for slow fireside shipping.

Dry shake all the ingredients and pour over crushed ice in a Martini glass. Garnish with toasted marshmallows for the full Bonfire Night experience.

#BagThisBundle - win a bundle of goodies from Cointreau!