This week’s new arrival isn’t just a very special rum from Guyana bottled by That Boutique-y Rum Company, but it’s also a portal through time because it was distilled using a wooden pot still dating back to 1732!

We visit a lot of distilleries here at MoM. They come in all shapes and sizes but one thing they have in common is at the heart there will be a mass of gleaming metal (usually copper) where the magic happens. But they do things a little differently in Guyana. It’s the only English-speaking country in South America. Though it’s sandwiched between Suriname, Venezuela and Brazil, Guyana is closer culturally to Caribbean countries like Jamaica and Trinidad.

Heavy Guyanese spirits formed the backbone of Navy rum, as they still do in blends like Pusser’s. These highly-prized rums get their magic from wooden pot stills. It sounds a bit dangerous, doesn’t it? Since distillation involves boiling highly flammable liquids, surely wood is the last thing you’d want to use? Yet originally this how many rums were made, but only in Guyana do they still use the technique. 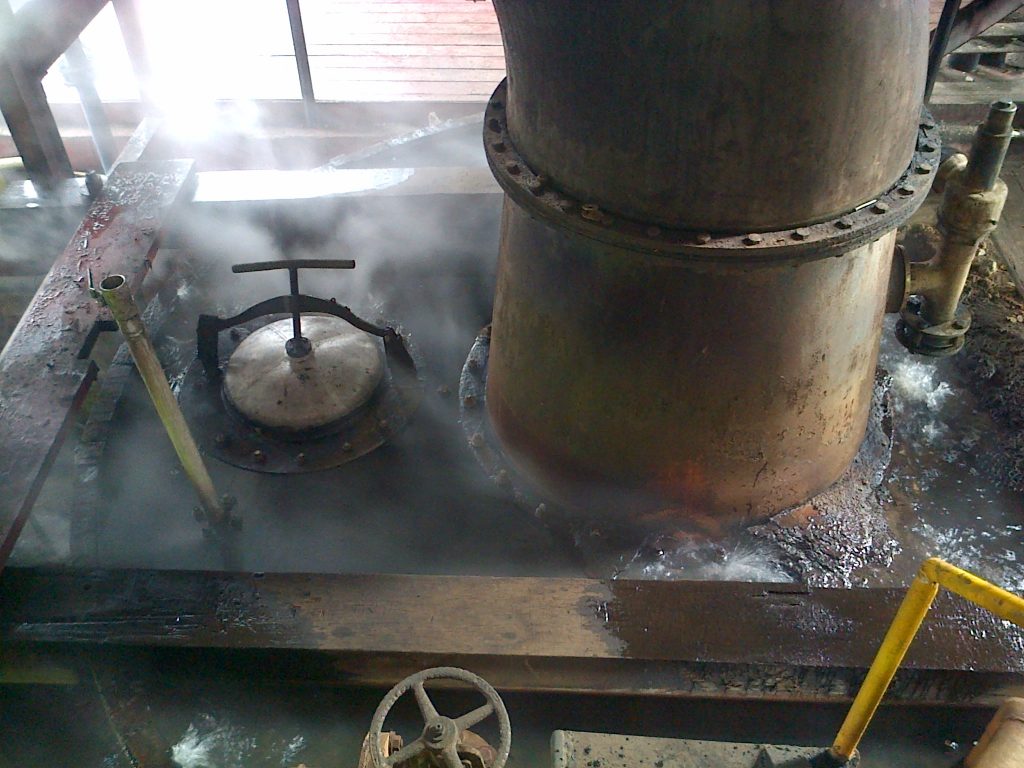 The Port Mourant stills were constructed in 1732. Or at least parts of them are that old. The set-up is a sort of Heath Robinson contraption that bits have been added to and replaced over the years. It consists of two stills of 3,000 and 2,000 gallons, the pots are made from local hardwood to which copper necks have been attached, the columns are linked and lead to a retort and a condenser.

The wood does two things. Firstly, it’s not an inert substance so it preserves and transmits flavours from previous distillations going back hundreds of years. Secondly, there is much less copper contact than a normal pot still which preserves heavier alcohols and congeners.

The stills have had an interesting life which reflects the vicissitudes of Guyanese rum. Around the beginning of the 20th century there were seven great distilleries including Port Mourant in the country but, as with Irish whiskey, downturns in the industry led to consolidations, and one by one, distilleries closed. But so important were these old stills, that rather than being scrapped when the Port Mourant Distillery closed, they were first transported to the nearby Albion Distillery,and when that closed they went to Uitvlugt (Dutch word, pronounced ‘eye-flut’). It then closed in 2000 when all distilling in Guyana was consolidated at the Diamond Distillery belonging to Demerara Distillers Ltd. The stills’ slow journey around the country is commemorated on this rum’s label. The gleaming towers of the modern distillation equipment at Diamond can be seen on the horizon. 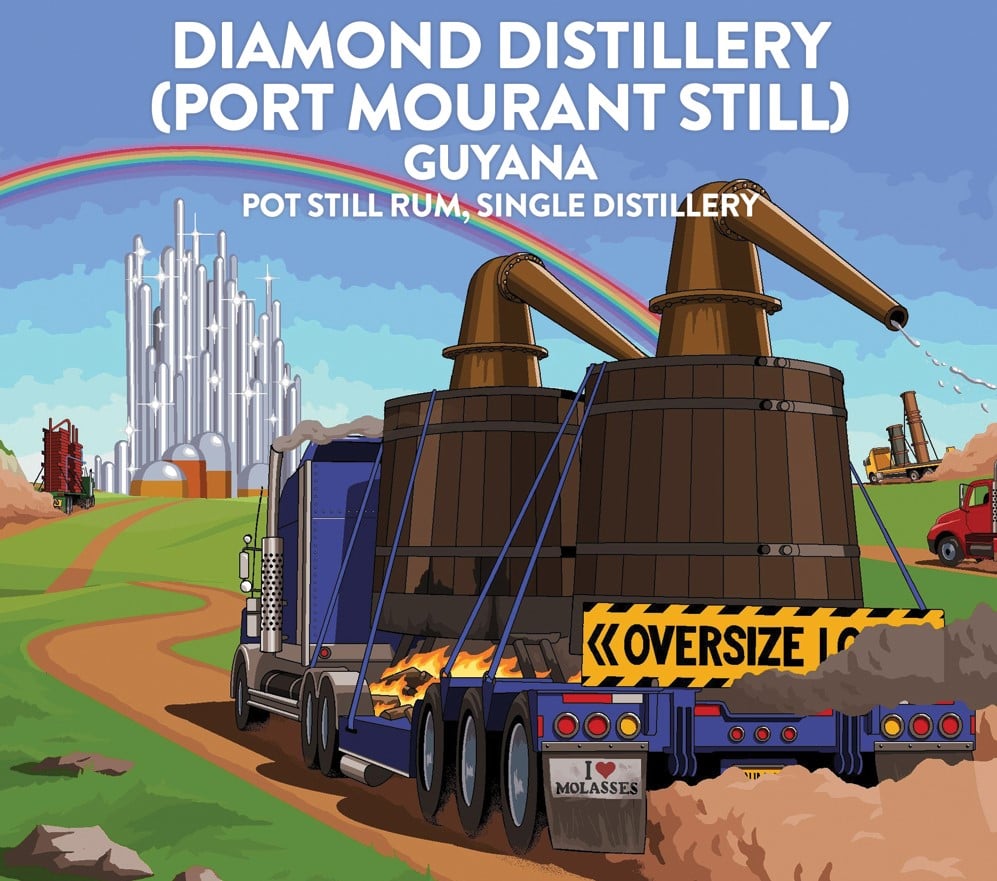 The wooden stills on their way to the promised land, or the Diamond Distillery as its better known

The Port Mourant stills aren’t the only bits of living industry at Diamond. There’s another wooden pot still which came from the Versailles Distillery and an exact replica of the original Coffey still which came from the Enmore estate, but made from wood! So within one distillery in Guyana, there’s the heritage of the entire’s country’s rum industry and the ability to make an extraordinary range of spirits. There’s a good article about the place here.

These rums usually go into blends but some are bottled under the El Dorado (the fabled city of gold that was thought to be in Guyana – it wasn’t) label, as well as independent bottlings like this 10 year old from That Boutique-y Rum Company. As you might have guessed, it’s a rum packed full of flavour with estery banana notes and no shortage of funk. Ten years in cask have rounded it off, giving it elegance but without losing that extraordinary character. It’s a remarkable bit of living history, and best drunk with just a little ice.

Tastings note from The Chaps at Master of Malt:

Nose: Grassy initially and then the funky flavours come: overripe bananas, balsamic flavours and sun-baked earth.
Palate: Quite light body, dry and crisp with hot peppery notes, with a lingering banana and boiled sweet fruitiness underpinning it all.
Finish: Toffee with lingering vegetal notes.
Overall: Funky but elegant too.

Master of Malt @MasterOfMalt
47 minutes ago
On The Nightcap this week: @johnniewalker_ gives away 270,000 drinks, @RosebankWhisky launches its last old release before the distillery reopens, and the cheapest pint in the UK is revealed.

The do’s and don’ts of opening a craft distillery