Henry Jeffreys
No Comments on Cocktail of the Week: The Iceberg Slim

Gareth ‘G’ Franklin is on a mission to bring liqueurs out from the back of the drinks cupboard and put them centre stage. His creation, the Iceberg Slim, shines a spotlight on Luxardo Bitter Bianco.

The first rule of cocktails is that they are built around spirits. First pick your spirit – gin, vodka, rum or whiskey – and then make a Sour, Martini or whatever you fancy. Liqueurs, vermouths, bitters etc. are there to provide seasoning. Luxardo, however, has other ideas. The Italian drinks firm has just launched an initiative to make liqueurs the star.

The company is probably best known for its Maraschino liqueur, a great friend behind the bar, but today’s cocktail, the Iceberg Slim, is based around Luxardo Bitter Bianco. Launched in 2016, Bitter Bianco has a flavour profile similar to Campari (try it in a White Negroni along with Dolin Dry vermouth and gin) but it’s less sweet with a higher ABV at 30%. I loved its clean, bright flavours of bitter orange, rosemary and peach blossom with a nice bite from bitter botanicals including wormwood. 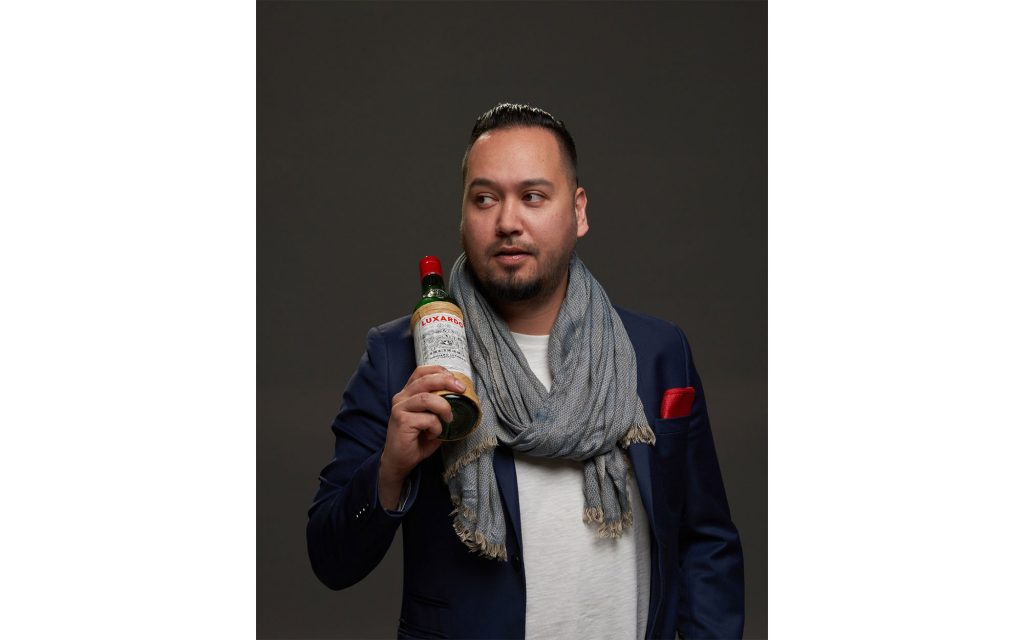 Brand ambassador Gareth ‘G’ Franklin told us a bit about the production process: Bitter Bianco is made by macerating all the botanicals separately, blending and then redistilling the resulting spirit. But, according to Franklin, “some things like wormwood when you distill them, they lose their bitterness so we do a separate maceration, and we add that to it.” Which is why Bitter Bianco isn’t actually white, it’s more of a pale yellow colour. Bitter Giallo Pallido doesn’t have quite the same ring to it.

Franklin was born and brought up near Cambridge, and, after a stint in Australia, is now working back in the city. He’s been with Luxardo for nearly six years now but his interest in liqueurs goes way back: “When I was growing up, my father and I used to go hiking”, he said, “I guess nowadays you’d call it ‘foraging’ but back then we used to just pick stuff. And we’d make liqueurs from it: all sorts of things, like rosehip liqueur, blackberries, greengages, stuff like that”.

He thinks that in Britain we have a prejudice against liqueurs. I certainly associate the word with sticky bottles at the back of my parents’ drinks cupboard. Franklin blames it on what he calls the ‘the Midori effect’. He elaborates: “don’t get me wrong, I’m not slating Midori. But in the late ‘70s everyone who was making liqueurs at that time just went ‘hey, we need to do this too!’ So what they did was they started synthesising flavours and then using big artificial colours. And I think that has just tarnished the category for most people”. 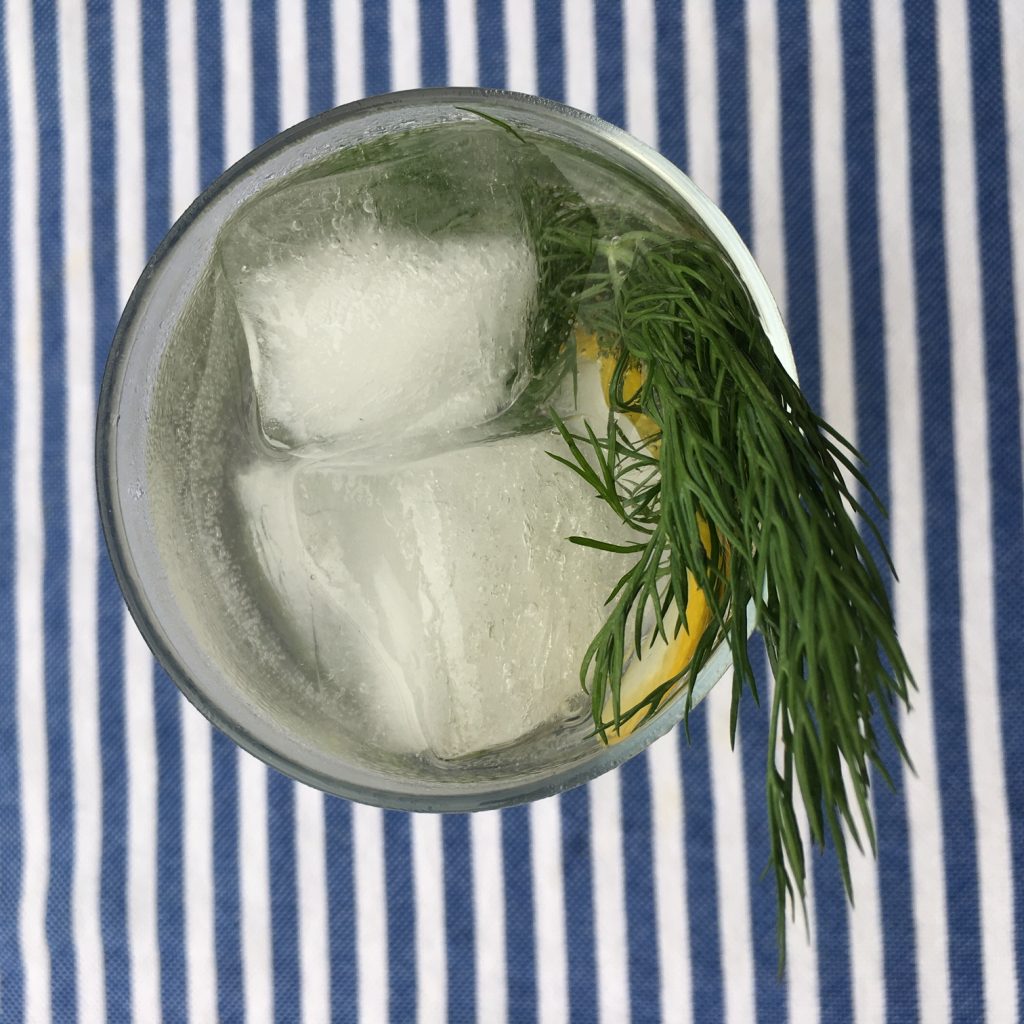 To challenge these preconceptions, Luxardo and Franklin are doing a cocktail roadshow called ‘Modify This’ to show how versatile liqueurs can be. Franklin will be travelling around the country conducting liqueur masterclasses to bartenders. One of the cocktails he will be showing is the Iceberg Slim. Franklin explained how he invented it: “Luxardo Bianco is like a gin liqueur that contains no juniper”, he said, “And, for me, especially when it comes down to consumers that’s the easiest way for them to understand it because in England we don’t have this cultural association to the bitter palate, like Campari. So what do we understand? We do understand gin. So, essentially we’re just simply mixing it with the tonic and then we’re thinking about the different flavours which are quite reminiscent of an aquavit.  So I’ve added dill to accentuate those notes and lemon is always going to work with those sorts of fresh flavours. “

Franklin told he that it’s all about “synergy”, when the different flavours “marry together and kind of assimilate into one flavour.” And what about the name? He was surprised that his cocktail shares a name with a notorious American pimp turned author. According to Franklin, the name comes from the cocktail’s freshness and colour, or rather lack of it; “I did not realise it was the name of a famous pimp!”, he said.

Muddle fresh dill in the bottom of a collins glass or tumbler, fill with ice, add the Luxardo Bitter Bianco, top up with tonic water and stir. Express a piece of lemon peel over the glass, twist and drop in.